The West Michigan band’s groundbreaking “music with plants” premiered for Local Spins on WYCE, which also debuted tracks by The Crane Wives, The Soods, Deerfield Run, In the Valley Below and more. 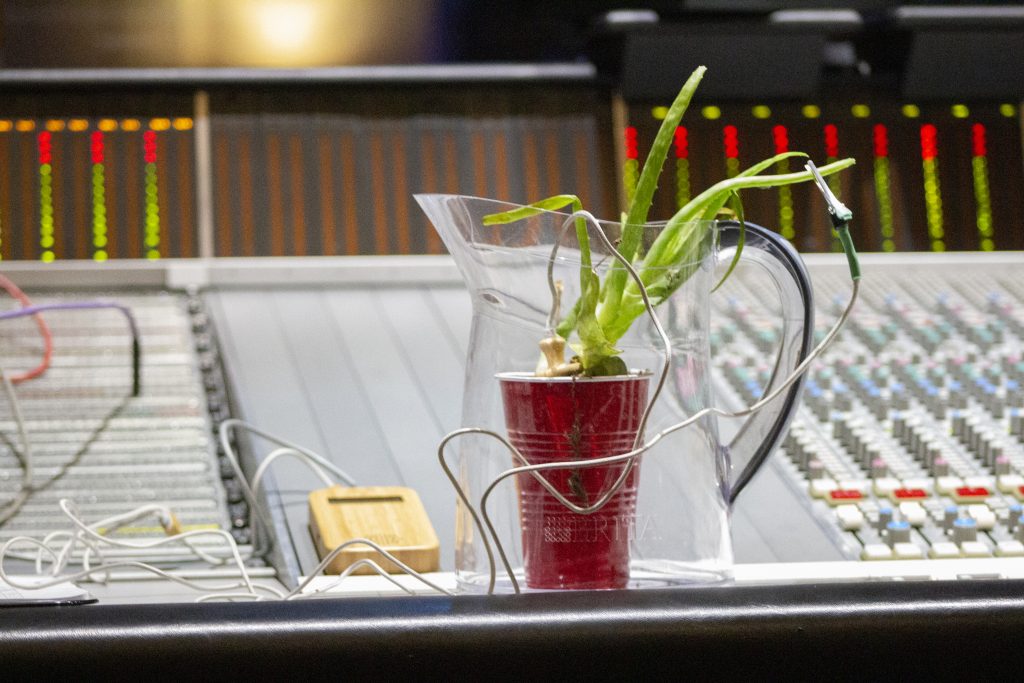 A Star is Born: This aloe plant has been ‘performing’ with Tom Wall and Cosmic Knot. (Courtesy Photo)

SCROLL DOWN FOR VIDEOs AND RADIO SHOW PODCAST

Tom Wall says it’s impossible to predict what might happen musically when your duet partner is a living plant.

“You can’t pinpoint what a plant’s gonna do. You almost have to have it open for improvisation all the time,” said the guitarist for the West Michigan rock band Cosmic Knot. 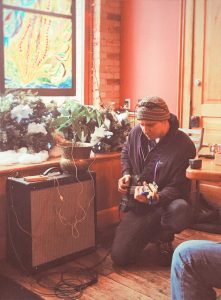 He’s part of a new wave of interest in the technology, spending the last year or so experimenting in the studio and on stages with a device that channels “music” from an aloe vera, a Norfolk Island pine and other plants.

Wall does it by using a device that – after connecting electrodes to the root and leaves – transmits and converts the plant’s electric impulses into notes and sounds.

And while various proponents and researchers have used devices sold commercially by places like Music of the Plants (based in Italy) and PlantWave (based in California) to generate plant music, Wall is one of the few to make a plant a member of the band in recording sessions and performances.

“It just seems to rock with us,” insists Wall, who calls it “florganoleptic” music. “The possibilities are basically just endless. We’re literally just tapping into it.”

Fans intrigued by the concept will have a chance to see Wall performing duets with a plant on Saturday as part of a mini-festival at Tamarack Camp, 4285 170th Ave., in Morley, about 40 minutes north of Grand Rapids.

Limited advance tickets ($40) are available for the socially distanced event that begins at 6 p.m. and will feature sets by Cosmic Knot, The Smokin’ Dobroleles, Less Older, Jesse Ray, Beaver Xing and more. 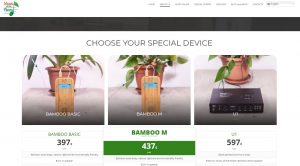 Music from the Plants: An assortment of devices available.

If previous florganoleptic performances are any indication, Wall said listeners will be transfixed by the music, which feels meditative, atmospheric, relaxing and somewhat reminiscent of trance-like electronic dance music.

“The crowds are always just baffled by the fact that it’s even possible,” he conceded, noting one fan was nearly brought to tears by the music. “Every time anybody hears it, they just kind of stop when I’m doing a duet with this plant.”

For this week’s edition of Local Spins on WYCE, Wall debuted the first of Cosmic Knot’s florganoleptic pieces, “Plant Song,” as well as a live version of the band track, “See Through the Lies.” Scroll down to listen to the songs and the full radio show podcast.

Wall isn’t a stranger to boundary-pushing, musical concepts. Cosmic Knot’s 2017 debut album, “Inner Space,” featured jammy, groovy and psychedelic music with instruments tuned to 432 Hz (as opposed to traditional A 440 tuning) that some say has a healing effect on listeners. 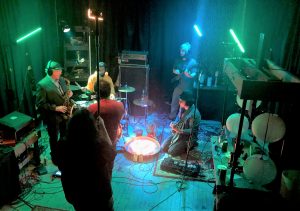 In the Studio: Laying down tracks with a plant. (Courtesy Photo)

Because the pandemic has limited touring and album-release shows, Wall said he’ll likely delay release of the album, “Do You,” until next spring.

But, yes, he eventually plans to tour with a plant as a special guest star.

Wall noted that he’s gotten numerous offers to tour and play his florganoleptic music at events in the United States and Europe, with Cosmic Knot scheduled to perform with a plant at Electric Forest earlier this year until that festival was canceled.

“The florganoleptic thing came about from so many aspects of my life converging into one,” said Wall, noting he suffered four car accidents and had his musical gear stolen all within a single year after release of the band’s debut album.

After he recovered, he “finally scraped enough money together” to purchase a Music of the Plants device and, voila, a new “florganoleptic” musical project was born.

“The results … were beyond amazing,” he recalled, noting he’s also experimenting with light shows sparked by the plant-based performances. “From there, I realized I had a serious connection with plants and music.”

Read more about plant music in these stories:

The Lessons To Be Learned From Forcing Plants To Play Music

Plants Making Music … What’s that all about?

Beyond the interview with Wall, the Oct. 9 edition of Local Spins on WYCE — which showcases Michigan music at 11 a.m. Friday on WYCE 88.1 FM — featured the on-air debut of a new live track from The Crane Wives, plus new songs by Deerfield Run, Eddie Codrington, The Soods, In the Valley Below, Conrad Shock + The Noise, River City Narrative, The Be Colony and Patty Pershayla & The Mayhaps (this week’s musician’s pick by wall). Listen to it all here. 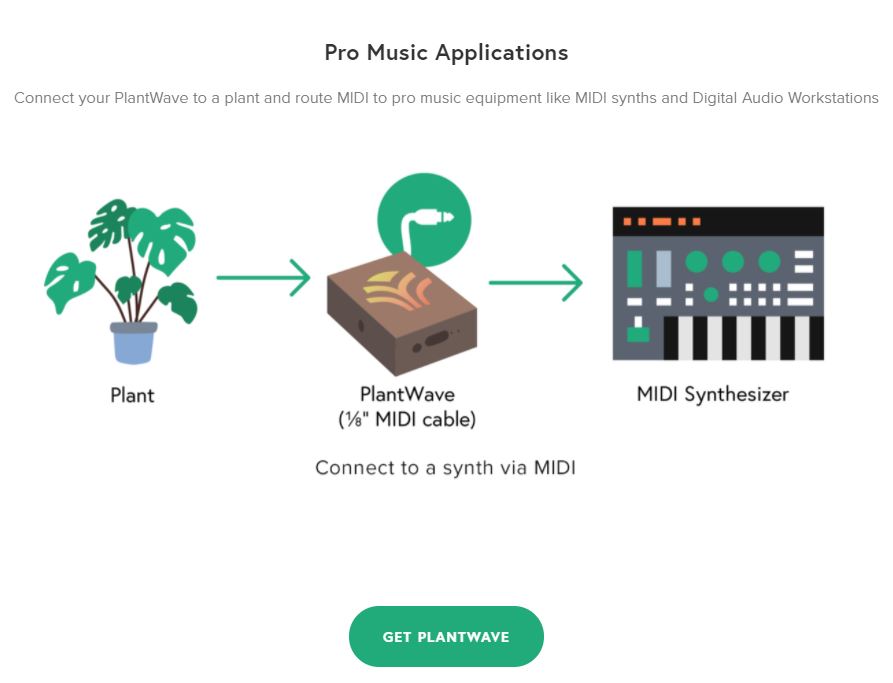 The Setup: As depicted by PlantWave.