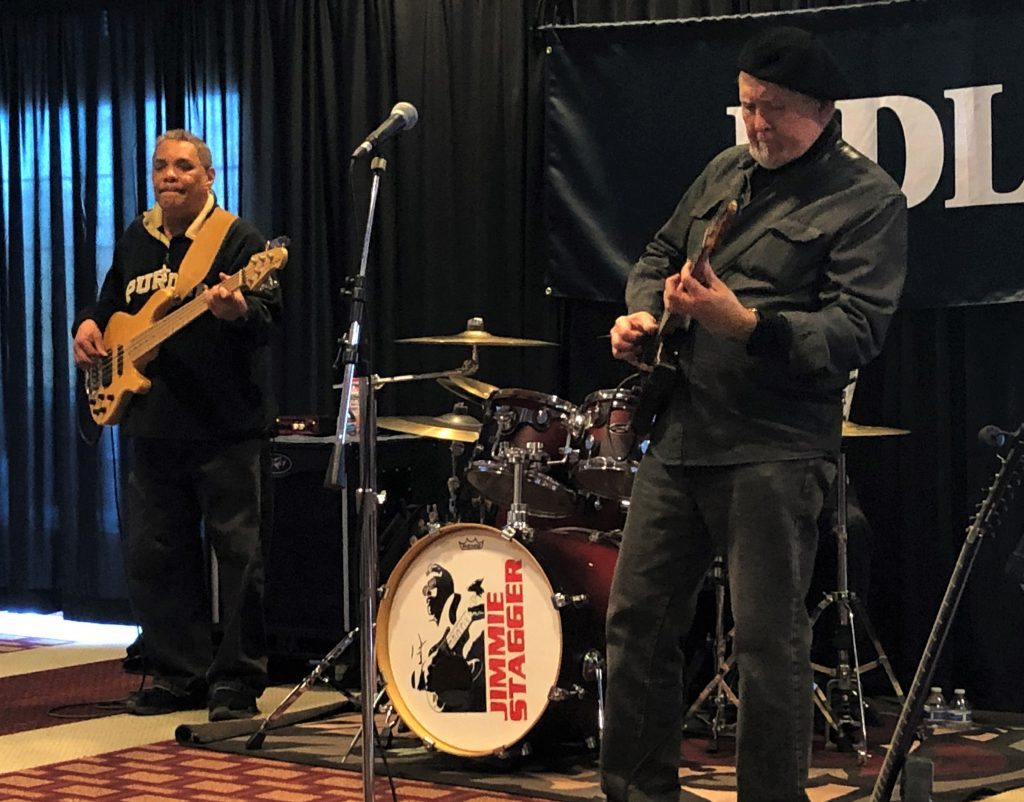 SCROLL DOWN FOR VIDEO OF JIMMIE STAGGER’S PERFORMANCE

During Michigan’s cold winters, it’s a struggle to keep warm.

But on one recent freezing Sunday afternoon, iconic Grand Rapids blues musician Jimmie Stagger dispelled that wintry chill with guitar skills that made enchanted listeners feel as if they’d been teleported to the steamy swamps of Louisiana.

At the Kent District Library’s Cascade Township branch as part of its “Sunday Afternoon Live” concert series, Stagger performed with magnificent splendor to a room chock full of fans, new and old. He was accompanied by bandmates Wilbur Haines on bass and Tim Cowart on drums. 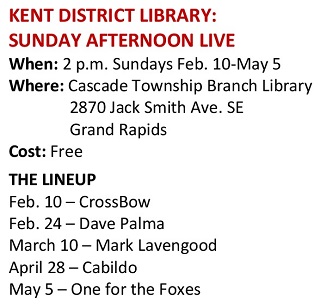 The performance was electrifying. All three musicians fed off of each other’s energy, delivering a memorable performance that proves these guys are true-blue veterans.

Stagger played a few songs from his 2015 album, “Graveyard of My Own,” performing one of his favorites, “Save Me the Gravy,” saying before the set that “it goes good with everything.” The crowd couldn’t agree more as the room echoed with foot-tapping to his soulful vocals. He also performed his instrumental-only song, “Mole’s Moan,” that beckons simpler times, rousing some audience members to stand up and dance.

As well as performing originals, Stagger brought back classics such as Canned Heat’s “Let’s Work Together” and Elmore James’ “Shake Your Money Maker,” but with a twist, adding his own hound-dog style that got the audience roaring.

Ken James, a Jimmie Stagger fan for 20 years, said the live set was unforgettable. “The band was tight. It had humor. It was fun. And I enjoyed that the performance was intimate.”

SHOWCASING LOCAL STARS FOR FREE AND EMBRACING THE VINYL REVIVAL 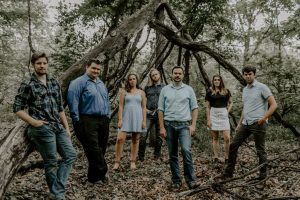 Performing Sunday: Celtic music favorites CrossBow are next up in the series.

In its fourth season, program coordinator Diane Cutler is passionate about bringing the series to the community.

“I started Sunday Afternoon Live to bring local music into the public library for free during the cold months when we don’t have access to free music,” Cutler said. “I have a passion for bringing people really positive experiences in the library. And I love music. So, this is kind of like doing it all. My goal is to bring the music close and let you talk to musicians and interact with them.”

The indoor concert series spans October to April with six to nine acts in each series. Information on the full list of acts performing in the 2019 season can be found at kdl.org. The next show, featuring CrossBow, is set for 2 p.m. Sunday (Feb. 10) at KDL’s Cascade branch, 2870 Jacksmith Ave. SE. Admission is free.

“Sunday Afternoon Live” is just one way Kent District Library is embracing West Michigan’s music scene. Beginning Feb. 16, Kent District Library’s Plainfield branch will launch its “Needledrop Series” as part of its “Beyond Books” collection. It will allow patrons to check out vinyl LPs and turntables. Cutler hopes it gives the younger generation a chance to revel in the wonderful experience that only vinyl can deliver. 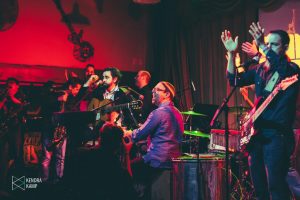 “So, for many folks like my age, we know what records are all about, but they’ve gone away. And they’ve been away for a while,” she said. “And now we got young people that we want to inspire and attract. So, we’re bringing in vinyl and turntables for them to experience it.”

In addition, Cutler plans to begin a “Needledrop Lecture Series,” bringing in special guests to speak about music and local acts.

“We want to do three to five different casual kind of conversation lectures,” she said. “It’s just a learning opportunity for people who are interested in music.”

EDITOR’S NOTE: The Grand Rapids Public Library has also hosted live music as part of its “Music in the Stacks” series. Get more information and videos from past performances online at grpl.org.