The legendary Grand Rapids bluesman rededicates himself to music and celebrates release of his first studio recording in 14 years on Wednesday night at SpeakEZ Lounge. (Story, album review) 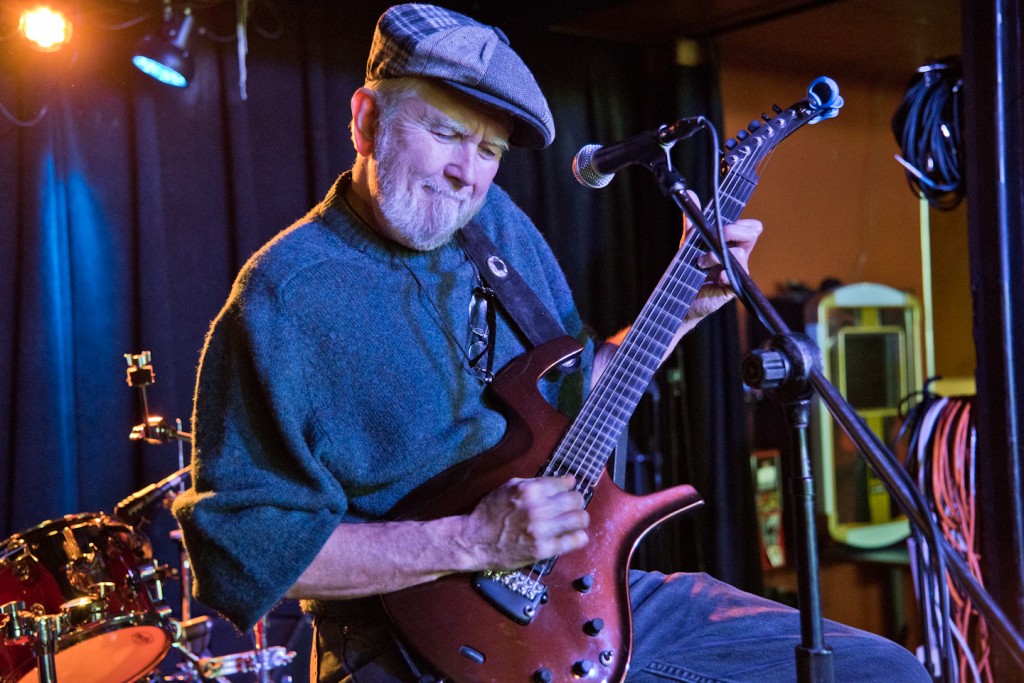 THE ARTIST: Jimmie Stagger
THE MUSIC: Blues
WHERE YOU CAN SEE HIM: 8 p.m. Wednesday (Sept. 9) at SpeakEZ Lounge

SCROLL DOWN FOR RADIO PODCAST, VIDEO

For the first time in a very long time, Grand Rapids bluesman Jimmie Stagger cares about his music. A lot. 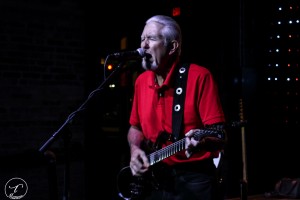 With official release of his first studio album in 14 years, “Graveyard of My Own,” Stagger at 64 feels reborn as a musician, singer and human being, ready to launch into the next phase of his career with real commitment and gusto.

“It’s all like brand new again. It feels great,” gushes Stagger, who says he quit drinking and relishes the relationship with his girlfriend, Linda Prus. “I’m in better shape now than I’ve been in my memory. I feel really strong and I’m happy. I’m happy with my private life and I’m happy with my music.”

As a result, after a career spanning more than four decades, Stagger’s new album – recorded and produced by Tommy Schichtel at Grand Rapids’ Goon Lagoon – represents some of the best work of his career.

The solo collection spotlights his singing and guitar-playing on a mix of originals and vintage classics that he says were like “rediscovering an old friend.” Several tracks were recorded live in front of a small studio audience in May.

“I really enjoyed it,” Stagger says of being convinced by Schichtel and longtime friend Hank Mowery to record an album in the all-analog, reel-to-reel environment of Goon Lagoon. “I love the studio. It’s a beautiful place and (Schichtel’s) dedication to the craft of recording … was very refreshing. There’s something to be said for the warmth of the studio; it’s just different.”

For years before that, while drinking and playing regular gigs around town, Stagger – who founded the Wealthy Street Sheiks back in 1970 and credits Delta blues guitarist Bukka White for mentoring him – had lost all interest in ever recording another album.

Leaving the bottle behind with help from his girlfriend removed that “distraction” and allowed him to concentrate on his singing and playing, he says, something he did in his 20s when he first threw himself into his guitar-playing.

“I was playing guitar a minimum of six hours a day, learning finger-picking and everything. I think I’m going back to that and I don’t have the distraction. … I think I’m playing better than I ever have and I think my voice has improved since I quit drinking.”

Stagger celebrates release of his new album at 8 p.m. Wednesday (Sept. 9) at SpeakEZ Lounge in Grand Rapids as part of the Local Spins Wednesdays series.

He also appeared recently on Local Spins Live on News Talk 1340 AM (WJRW) to talk about the new album and perform the song, “Big Road Blues,” on the air. Listen to the entire podcast here, with a video of his in-studio performance below.

Stagger says he’s eager to promote and tour behind the new album – a project funded by friend Bill Lamphiere and other fans – noting those who’ve heard the CD and purchased it at recent performances have been “kind of excited about it.” 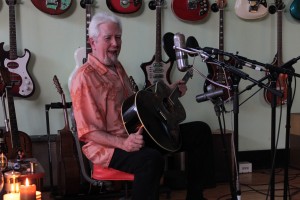 In Praise of Goon Lagoon: Stagger at a live-audience recording session in May. (Photo/Anna Sink)

“I’m willing to travel. I figure I’m in a good position to do this thing,” says Stagger, who dedicated the album to his son, Jimmy Klunder, a Rockford musician who died at age 20 from a rare form of cancer and who Stagger praised as “an uplifting and positive force.”

While Stagger currently is concentrating on “the solo thing,” he’s also getting ready to assemble the “permanent core of a band” similar to the Jimmie Stagger Band that he fronted in the 1980s and early 1990s. He hopes to return to Goon Lagoon to record a full-band project and Schichtel says he can’t wait to show off yet another side of the versatile, iconic artist.

“A balls-to-the-wall band recording sounds good to me,” Stagger says, with real vigor. “My whole life is renewed this year. My love life, my business, my music.” 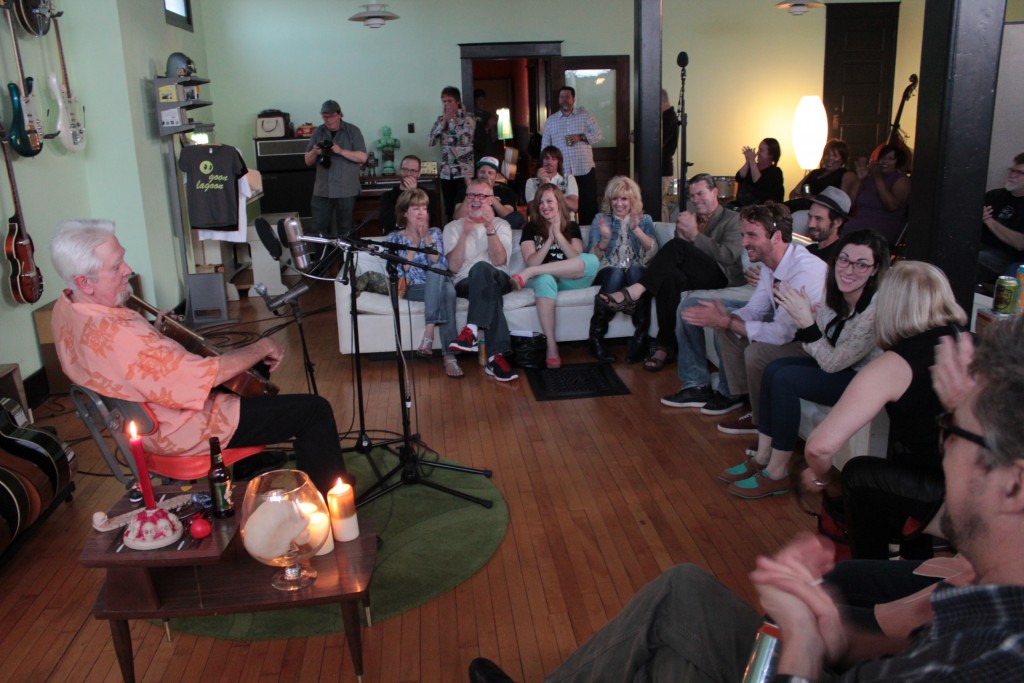 Generating Excitement Among Fans: Playing for an intimate audience at the Goon Lagoon. (Photo/Anna Sink)