The historic Grand Rapids venue will kick off its 2021-22 season in October, aiming to bring back in-person shows after a long pandemic shutdown. Shawn Colvin, Leo Kottke also will return. 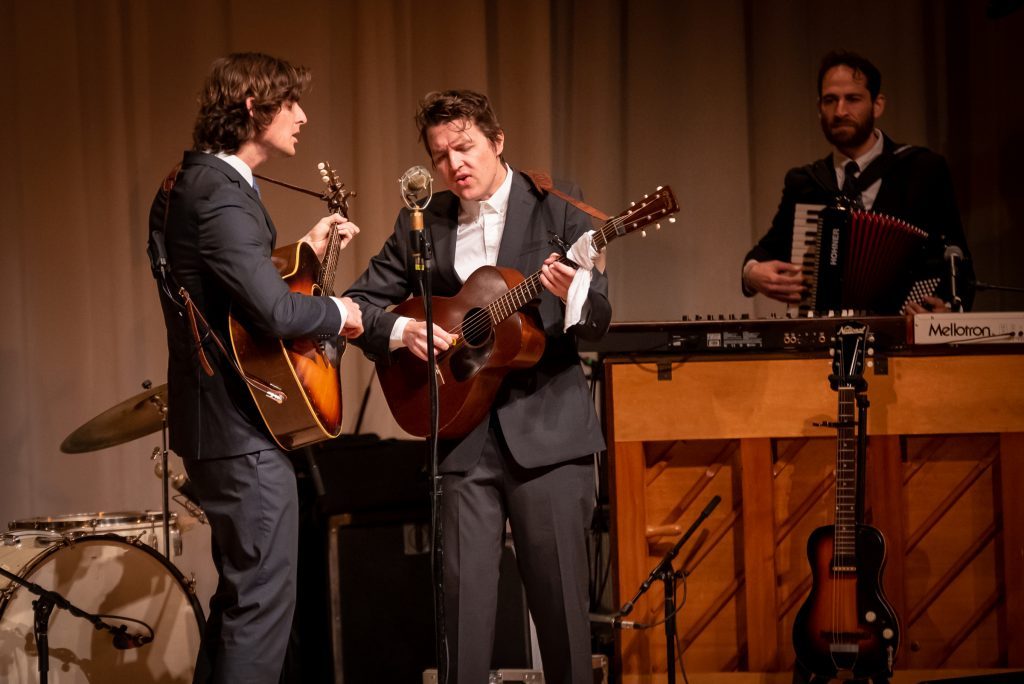 The past 14 months have been so cataclysmic for live music, St. Cecilia Music Center executive director Cathy Holbrook is beyond exhilarated about finally hosting in-person concerts at the historic Royce Auditorium starting this fall.

“I am just so anxious to have audiences with live music back in the hall I can’t stand it,” she told Local Spins.

“I think all of us in the music industry feel closer than ever as we have weathered this terrible time. … When we all get back to doing what we do for real, we will be high-fiving each other big time exclaiming, ‘We made it through!’ ”

After the COVID pandemic forced cancellation of its 2020-2021 season of folk, jazz and chamber music – replacing it with virtual, online performances – St. Cecilia today revealed a robust lineup of 15 concerts, starting with much-revered, progressive bluegrass mandolinist Sam Bush on Oct. 6. 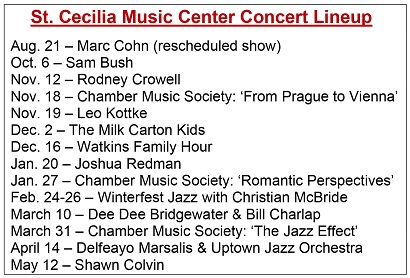 Series subscription tickets – ranging from $123 to $236 – for the Chamber Music Society Series, Spectacular Jazz Series and Winterfest are on sale now at scmc-online.org. Tickets for individual concerts — $40-$55 – go on sale June 1.

Some new protocols are likely, Holbrook said, including having attendees wear masks for shows at least through the end of 2021. She noted that many artists have actually written that requirement into contracts for their performances.

St. Cecilia also will adhere to state and Centers for Disease Control guidelines, which could pose challenges for concerts held in the 650-seat Royce Auditorium.

“If we have to social distance at six feet apart that means only about 120 people in the hall. That is not feasible financially,” she said. “If we can have 50 percent capacity and have 300 people in the hall for a concert, we can most likely make that happen. So that’s a big question mark.”

The test for that might come early: A stand-alone rescheduled concert featuring Grammy Award-winning singer-songwriter Marc Cohn will take place Aug. 21 – a show for which many fans already have purchased tickets. (Remaining tickets for that show currently are on sale here.)

It remains uncertain what health department restrictions might be in place at that time.

“Everyone should be assured that if concerts are canceled or rescheduled, refunds will be issued as desired,” Holbrook said. 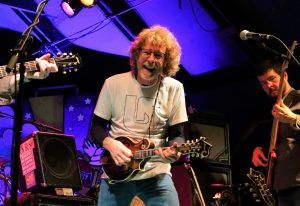 “We will not hold pre-concert receptions as we have in the past and the post-concert CD-signing session will be determined on a show by show basis, based on the restriction guidelines and comfort level of artists.”

St. Cecilia Music Center has made the most of the pandemic shutdown, hosting live-stream concerts and otherwise staying connected to a devoted fan base that’s supported the organization financially.

“We survived this pandemic thanks to our generous, wonderful donors and sponsors. So many have stood by us,” Holbrook acknowledged.

“Also, about 50 percent of the people who held tickets for the canceled concerts donated those back to us. … I have been overwhelmed with the understanding, empathy and compassion of our patrons and am so grateful. The virtual series (21 concerts) was made possible by the sponsors who renewed their sponsorship even though they knew we most likely would not have live concerts.”

Get more details online at scmc-online.org.