Today, we spotlight the local and regional albums that most dominated the Local Spins Hot Top 5 charts at WYCE-FM during the year of the pandemic, from Medicinal Groove to The War and Treaty. 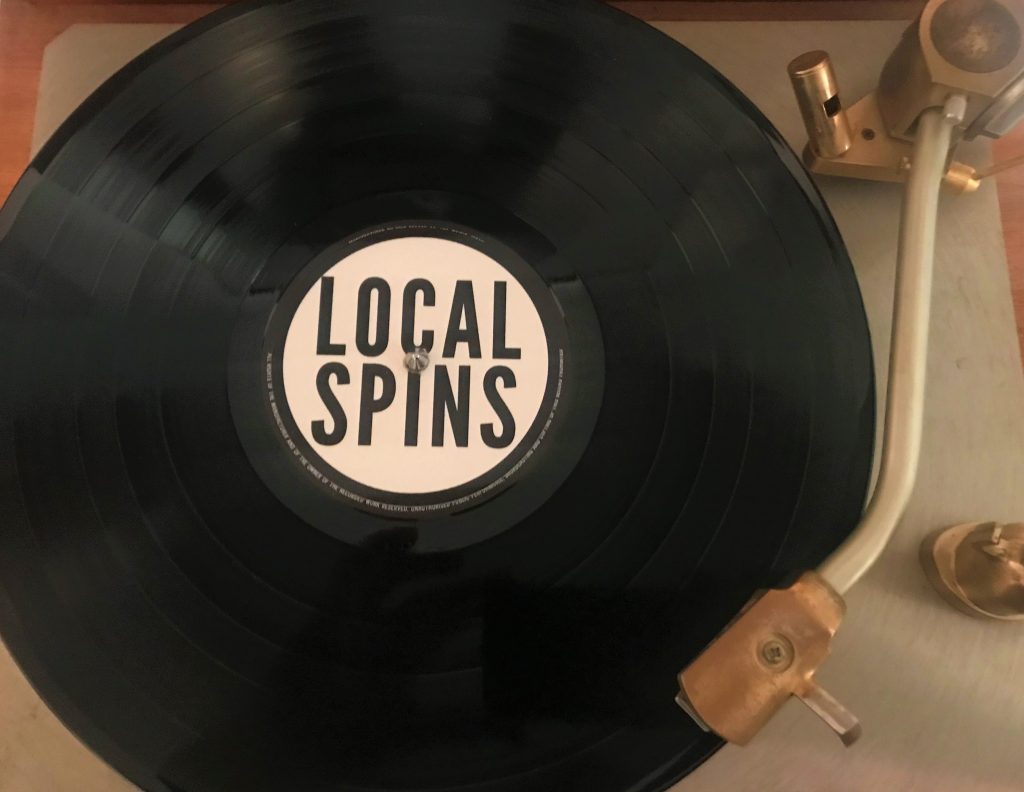 Despite the Pandemic: We ended up spinning an enriching trove of Michigan music.

It’s been a year unlike any other – medically, politically, societally and, yes, musically.

Michigan artists weathered the 2020 storm by releasing timely, poignant and powerful musical messages in recordings that cut across the spectrum, rock to hip hop to Americana.

And the Local Spins Hot Top 5 Charts for the year reflected all of that.

The monthly charts that represent the releases by Michigan artists which received the most radio airplay on WYCE (88.1 FM) kicked off the year with the No. 1 funk of northern Michigan’s Medicinal Groove and rolled into December with the soulful, rootsy, chart-topping charm of Albion’s The War and Treaty.

In between, a couple of other regional gems dominated the charts, with the swing-laden “Midwestern Swing” by Grand Rapids acoustic guitarist Hayes Griffin surprisingly taking the No.1 spot three months in a row, after Ypsilanti guitarist Andrew Brown made a Hot Top 5 splash with his gypsy jazz-inspired “Djangophonique.”

So, this week’s edition of the Local Spins Playlist rolls out tracks from every No. 1 album on the 2020 charts, as well as songs from three popular artists who didn’t hit No. 1 but who managed to make the Hot Top 5 in three different months. (Scroll down to listen to the full playlist on Spotify and check out all of this year’s charts online here.)

1. “I’ll Be Here Waiting,” Hayes Griffin (from “Midwestern Swing”) – Grand Rapids bluegrass guitarist Hayes Griffin describes this album as “the dawn” of his solo career and it certainly got off to a good start, with the recording snagging No. 1 on the Hot Top 5 chart in June, July and August. This track features the vocals of his wife, Quinn.

2. “Hey Pretty Moon,” The War and Treaty (from “Hearts Town”) – There’s no denying that “Hearts Town” (so far) is The War and Treaty’s signature album, with the Albion couple of Michael and Tanya Trotter showing off their soulfulness on all cylinders throughout. This new video released earlier this month features a song that they debuted in Grand Rapids for a Local Spins Live session at River City Studios. The album hit No. 1 in October and November.

3. “Dinette,” Andrew Brown’s Djangophonique (from “Jazz Du Jour”) – Another pleasant 2020 surprise came courtesy of Appleseed Collective guitarist Andrew Brown of Ypsilanti, whose love of Django Reinhardt’s music and gypsy jazz led to an intoxicating collection that soared to No. 1 in March.

4. “Shine,” Molly (from “Shine” EP) – Although released in 2018, Grand Rapids singer Molly Bouwsma Schultz’s “Shine” enjoyed a resurgence on WYCE as the station and its listeners prepared to celebrate local music at February’s Jammie Awards. Its enduring charm pushed it to No. 1 in February.

5. “Stand,” Via Mardot (from “Via Mardot”) – Another truly unique project, singer-songwriter Olivia Mainville’s Via Mardot earned consistent airplay on WYCE in 2020, with the group’s self-titled debut EP inspired by French ye-ye pop and spaghetti Western music (among other things) hitting No. 1 in May.

6. “Row,” Les Creatif (from “T.A.T. (The Aaliyah Tape)”) – The inventive Grand Rapids ensemble led by Dante Cope (Brandon Copeland) calls itself “a band from space,” creating this dreamy tribute to R&B/hip hop’s Aaliyah which jumped to No. 1 in September. The group has since released “T.U.T. (The Uhura Tape).”

8. “Party’s Over,” Anna Burch (from “If You’re Dreaming”) – Although her touring plans were upended by COVID, Detroit artist Anna Burch told Local Spins that she found it “really encouraging to have support in my home state” for her bewitching pop-rock. The evidence? Her latest album took the No. 1 spot in April.

9. “Evolve,” Earth Radio (from “Reanimate”) – The boundary-pushing Grand Rapids neosoul outfit Earth Radio has stayed solidly in the Hot Top 5 for three months running thanks to gorgeous, fan-involving tracks such as “Evolve.”

10. (TIE) “Get My Good Side,” Patty PerShayla & The Mayhaps (from “Good With Words ‘n’ Sh-t” / “Only Goya,” Cameron Blake (from “Censor the Silence”) – PerShayla and Blake both made the chart three times in 2020, with PerShayla’s new bluesy rock project with The Mayhaps turning heads and Blake’s latest somber-but-brilliant studio recording offering hope in difficult times. (Interestingly, PerShayla is a guest on Blake’s album.)