The most-played regional albums in June at WYCE came from veteran West Michigan musicians. Learn more about the “crazy” fan reaction to Griffin’s Western swing album; listen to songs from all the artists. 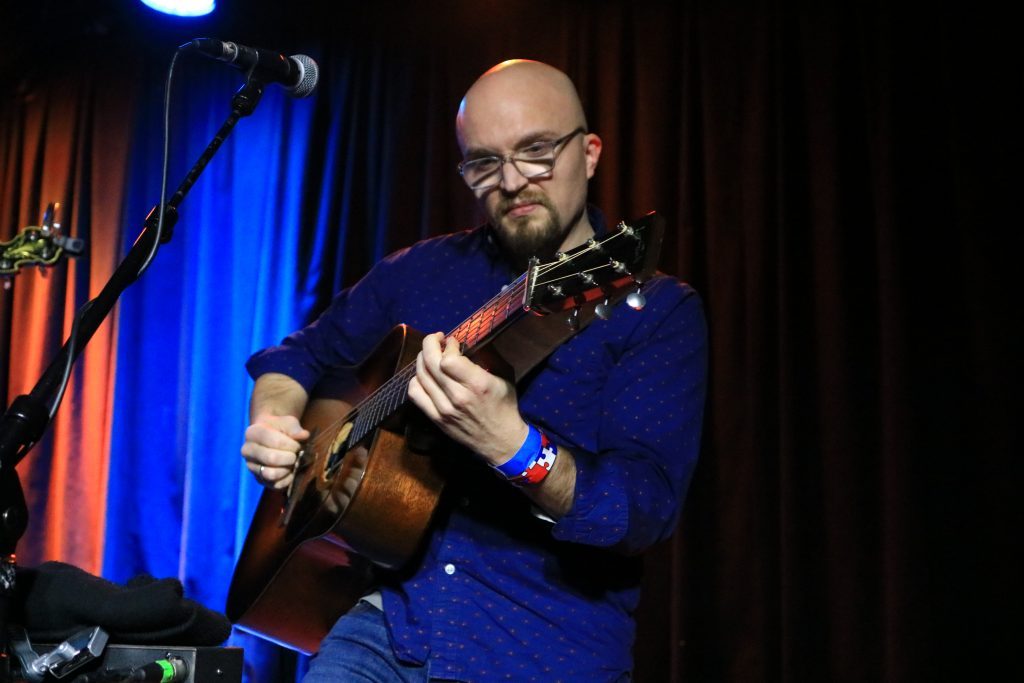 Hayes Griffin has experienced an unusual 2020, to say the least.

In February, Griffin announced that he’d be stepping down as station manager at Grand Rapids community radio station WYCE-FM. But just a few weeks later he agreed to stay on a bit longer, after the coronavirus pandemic turned the world upside-down.

In early June, the respected, veteran bluegrass guitarist released his solo debut album, “Midwestern Swing” – a mix of original tracks by Hayes and his wife, Quinn, and some classic American country and swing music from the 1930s, ‘40s and ‘50s.

The recording quickly caught on with fans, soaring to the top of the Local Spins Hot Top 5 Chart for June.

“That’s pretty crazy. Audience reaction has been really positive overall and it is extremely surprising to hear about how much airplay it’s been getting,” Griffin told Local Spins. 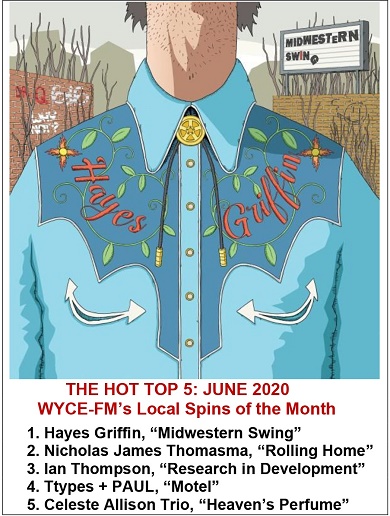 Four of June’s entries are new to the Hot Top 5.

“In addition to WYCE, the album was picked up by Radio Tomares in Spain and a few stations in the southwest United States, so that was really exciting to hear. I think this one kind of came out of left field from a lot of people’s perspective since they had mostly associated me with bluegrass though.”

For a Michigan-bred album featuring country swing music by the likes of niche artists such as Tom Delaney, Cindy Walker, Don Reno and Red Smiley to catch on has been a pleasant surprise.

“Western Swing was born in a very transitional point in American history and reflects a lot of that in its sound. I’m just glad to see folks still find it relevant.”

To help promote the album, Griffin – who also performs as a duo with Nate Roberts and with the progressive bluegrass band Fauxgrass – has been airing performances weekly on Sessions, a new live-streaming platform. He also said he’s “starting to work with Joe Wilson and (bassist) Kevin Gills to get something going for a remote project until we can unite in person for a string of shows.”

He added: “I think this is really the dawn of my solo career. I’ve spent years honing the ‘sideman’ skill set, but I’ve stumbled upon something that feels like my own with material on this record.”

Rounding out the Hot Top 5 Chart representing the local and regional albums getting the most radio airplay at WYCE (88.1 FM) was Ttypes + PAWL’s “Motel” and Celeste Allison Trio’s “Heaven’s Perfume.”