Rev up December in style with this round-up of local and regional releases, which also spotlights new CDs from Murder Party, Bet on Rats and Cousin Avery — with audio samples. 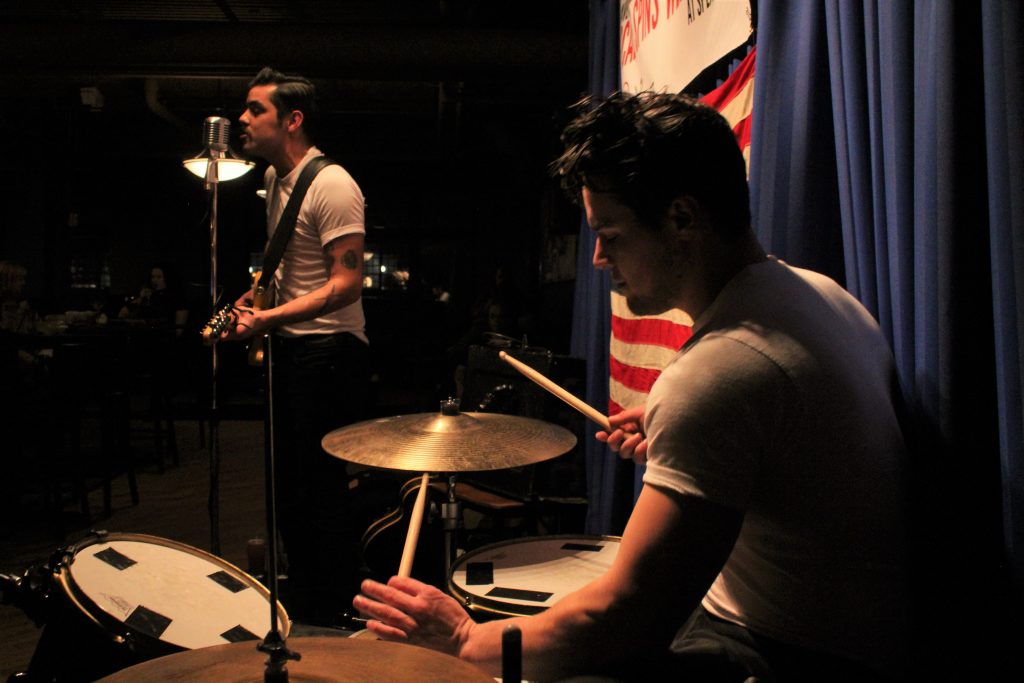 This batch of local and regional album releases kicks off the first volley of Local Spins album reviews for December — the perfect time to make your list, and check it twice, as you mull purchases for all of those music lovers targeted for gifts this season. 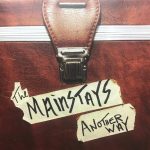 The Mainstays
“Another Way”

The Mainstays insist their principle goal in recording “Another Way” was to reflect the Kalamazoo funk/soul band’s infectious live performances. They succeeded, and that’s clear from the first volley of “Suffering,” which kicks off the group’s full-length sophomore effort. By recording live in the studio and employing old-school techniques, The Mainstays certainly feel like a vintage 1980s soul/funk outfit with their guitar sizzle, boisterous keyboard grooves and an uber-powerful rhythm section meshing perfectly with singer/frontman Andrew Schrock’s versatile vocals. And the thing is, this party-inspiring band can just as seamlessly flow into sensual R&B balladry on silky-smooth songs such as “On and On” and “Stay.” It all ensures that their reputation as one of West Michigan’s premiere purveyors of soul is secure. – John Sinkevics
Website: themainstaysmusic.com
Upcoming shows: Dec. 31 at State Theatre in Kalamazoo (with Ultraviolet Hippopotamus and Joe Hertler & The Rainbow Seekers)
Listen/Watch: “On and On” (Acoustic for Local Spins Live) 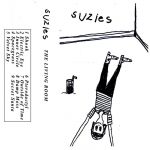 Images of Highway 1, Volkswagen vans, lava lamps and summer love come to mind while spinning “Living Room.” A groove-heavy, psychedelic soundscape inspires this colorful batch of songs – a tunnel through time and space. Disorienting instrumentals ensue: effect-laden guitars spiral out of control, washed-out vocals float weightlessly. “Shock” starts things with an uptempo tune that feels like falling into a portal of mind-altering sound. Bass and drums lock into an addictive rhythm from the get-go, while spacey electric guitars swirl endlessly. Lead vocals are introduced with a heavy megaphone effect and act almost as another lead instrument wandering and exploring the song’s sonic space. “Velvet Sky,” another standout on the album, displays the dynamic prowess of these garage-rockers by holding back for a reserved, in-the-pocket jam, before relishing in a guns-out, rock ‘n’ roll chorus. Channeling a mixture of surf-rock, ’70s nostalgia and its own personality, “Pterodactyl” rambles through burning guitar solos and features the album’s most radical vocal performance — a screeching, shouting, off-the-walls joy ride, all culminating in an epic finale. With this LP, “Suzies” have adequately revisited, reinvented and re-branded a genre. – Ricky Olmos
Website: https://m.facebook.com/suzies420/
Listen: “Shook” 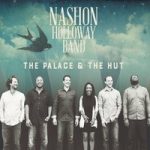 Nashon Holloway Band
“The Palace and The Hut”

Kalamazoo-based singer Nashon Holloway and her band’s jazzy, soulful originals – a healthy blend of rock, funk and even blues – are made even more entertaining by the versatility of tone enhancing the tracks. The songs range from slow, almost sorrowful ballads to upbeat dance tunes, with each song full of masterful instrumental solos, as well as a powerful message or two. The funky “Have I Lost My Way” pairs an uptempo beat with Holloway’s smooth vocals, while the slower ballad, “Don’t Walk By,” recalls a jazzy version of the Etta James classic, “I’d Rather Go Blind,” in both style and message. And the upbeat dance track “That’s Entertainment!” all but lures you onto the dance floor while issuing an evocative challenge to the status quo and encouraging listeners to question what they’re told in life. The final track, “Throwin’ Stones Up To Heaven,” has Holloway delivering a slow, powerful, gospel-style ballad, as if in prayer herself. “The Palace and The Hut” marks a powerful debut for this talented singer-songwriter and her band: a collection offering smooth vocals, strong instrumentals and powerful messages on social justice and other issues she holds dear. – Matt Marn
Website: www.nashonholloway.com
Upcoming Shows: Dec. 23 at New Holland Brewing in Holland; January 6 at Maude’s Tap House in downtown Otsego
Video:“Don’t Walk By” 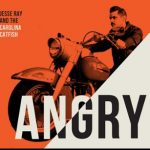 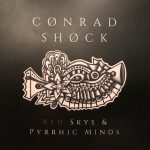 Don’t let “Reach Back in Time,” the single and opening track, fool you: This funky gem is just the tip of a raw and explosive musical iceberg that amounts to one of the year’s most impressive debuts by a West Michigan rock band. With nods to Jack White, The Black Keys, The Arctic Monkeys and Red Hot Chili Peppers, Conrad Shock & The Noise unfurl a brand of bluesy garage rock that demands your attention, cloaking their infectious riffs and hooks with stunning vocals, growling guitars and dynamic arrangements (“I Don’t Know What it Means to You,” “Red Skys,” “Backpedal” “Burn Talk”). The band – Conrad Shock (aka, John Schaak), Michael Pierce, Olivia Vargas, Sam Verburg, Chris Foote and Bailey Budnik — creates one riveting turn after another on this 10-track affair, leaning on retro-rock, jazz, rugged blues and soul to concoct a delicious, simmering melting pot of musical wonders. – John Sinkevics
Website: http://www.conradshockandthenoise.com/
Upcoming Shows: 9 p.m. Saturday at Rock’s Bar & Grill in Grand Rapids (with Olivia Vargas & Friends, Ars Nova, Lower Than Atlantis), Jan. 12 at The Pyramid Scheme in Grand Rapids
Listen: Local Spins on WYCE Podcast (“Red Skys”)
PODCAST: Local Spins on WYCE with The Moxie Strings 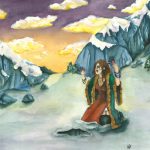 Bet on Rats is a wayward pirate ship traversing the open seas of folk and punk amid waves of angst and intensity. The Grand Rapids entourage employees traditional instruments, such as cello and upright bass, and pits them in more aggressive roles, blazing through furious punk compositions. The opener, “Familiar Feeling,” features a driving whirlwind of heavy electric guitars, an upbeat punk rhythm, and introduces frontman Don Smith’s unrestrained, theatrical lead vocals. The track concludes with a surf-rock style guitar solo and a wild scream from Smith. A dark tale is spun in the song “Braille,” a gradually building foray that proves some of the album’s best lyrical work. Beginning only with sparse acoustic strums, the track evolves into an epic journey. A metallic-tinted, tremolo-laden electric guitar tiptoes in, followed by booming upright bass and jarring drums, while Smith continues in his emotive tenor. The track spins dizzyingly with intensity before careening to an end. Other highlights include “Norma’s Home Invasion,” another powerhouse with an intriguing bass line and indulgent guitar solo, as well as “Salt and Vinegar,” a dancing gypsy of a number. In nine songs, Bet on Rats have melded the polarizingingly different genres of folk and punk. They’ve taken the most recognizable of traits and twisted them to fit perfectly together, and in doing so, crafted a genre all their own. – Ricky Olmos
Website: https://m.facebook.com/betonrats/
Listen: “Braille” 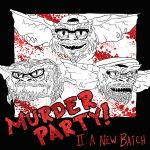 Grand Rapids rockabilly trio Murder Party! set out to kill with its second album, packed with guitar solos reminiscent of Chuck Berry twang, upbeat ska breakdowns and driving bass lines sure to induce you to get up and hit the dance floor. These guys have fine-tuned their combination of punk and rockabilly dance songs about seeking love and revenge after only a few years and a handful of releases. The opening track, “Let’s Rumble,” sets the pace for this album and doesn’t slow down for the next seven tracks. They sprinkle in some pleasant “bop-doo-wop” background vocals which create an eerie edge to their songs, some which spend verses explaining a plot to kill on Halloween, and others which express the “blistering pains” inside all of our heads. It’s not all dark and gloomy: “Oh Boy” brings a light break with a straight-up unabashedly cheesy love song, but then it’s back to the killin’ business … and business is good. If you ever intend to see these guys live, make sure to bring your dancing shoes because you will probably end up finding your way to the front of the stage to sing along. – John Akers
Website: https://www.facebook.com/splattersplatter/
Upcoming shows: Jan. 8 at Tip Top Deluxe Bar & Grill in Grand Rapids.
Listen: “Let’s Rumble” 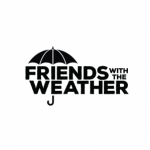 Friends With the Weather has crafted the kind of album that submerges its listener in the depths of its musical and lyrical waters, and allows one to get lost in the beautiful space between opening and closing tracks. Recorded at Jim Roll’s Backseat Productions in Ann Arbor, with the help of producer Seth Bernard and a host of other guest musicians, the self-titled LP serves as the debut for the new project comprised of songwriters/instrumentalists Seth Hendricks Chris Good, and David Hupp. On the opening track, it’s hard not to hear the slightest tint of Marcus Mumford’s voice hovering over the lead vocals, perhaps because of the sincerity that dances on every word. A smooth slide guitar wanders around the track while a funky drum beat offsets the folky refrain. But after “Blessed Journey,” the mood of the LP shifts and evolves. Instrumentation becomes more layered, more dynamic. “Loveliness,” takes on a laid-back approach with a vibrant instrumental palate – a bright vocal melody delivers simple, straightforward lyrics, while intricate percussion leads the way. Michigan folk/bluegrass artist Lindsay Lou makes a guest appearance on “Love Wins,” which unfolds as a soft, poetic duet with Hendricks, both singing with a laudable delicacy. As expected with a collective of seasoned songwriters and musicians, the album exemplifies a level of excellence; it takes every musical turn you hope it will, but then veers into a direction even more perfect and fitting than what you thought possible. – Ricky Olmos
Website: http://www.friendswiththeweather.com
Listen: “Blessed for the Journey” 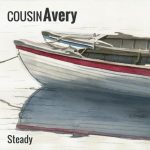 With all-time high doses of doom, gloom and negative messages barraging everyone from deep in the airwaves and across the Internet, it can be refreshing to discover an album with positive, life-affirming messages. Although not without musical tension – reflected in fast-paced tempos and a few minor chord structures, Kalamazoo folk trio Cousin Avery maintains a generally positive attitude in the lyrics of their newest album, “Steady,” urging listeners to pay attention to the lessons they find around them. Take “A Thousand Acres,” with the guitar and violin in the opening melody complementing each other perfectly, while the lyrics paint a vivid picture of serene scenes straight out of nature, aka, “a thousand acres to explore, and every tree has a story.” Or “Somehow,” in which the guitar, banjo, and violin echo the words: “I walk with my head held high because I believe, every little step was meant for me – and oh, my troubles, they follow me around, but worrying about them never done me any good.” The album seems to celebrate life. The tracks highlight a reverence for nature, the value of not taking one moment in life for granted, or the simple confidence in trusting that the path you walk is truly the one meant for you. The group focuses on the beauty that comes with not only great music and a compelling melody, but the realization that everything around you can teach you something new and, just maybe, help you brighten the world. – Matt Marn
Website: http://www.cousinavery.com
Upcoming Shows: 8 p.m. Saturday at Old Dog Tavern in Kalamazoo; 8 p.m. Jan. 12 at Elk Brewing in Grand Rapids; 8 p.m. Feb. 11 at Rockford Brewing Company in Rockford
Video: “Lift Me Up”

May Erlewine’s “The Little Things”