With her new EP and Michigan tour, the singer-songwriter wants to create a welcoming community during the holidays for those facing “loss or struggles in their lives.” (Story, review) 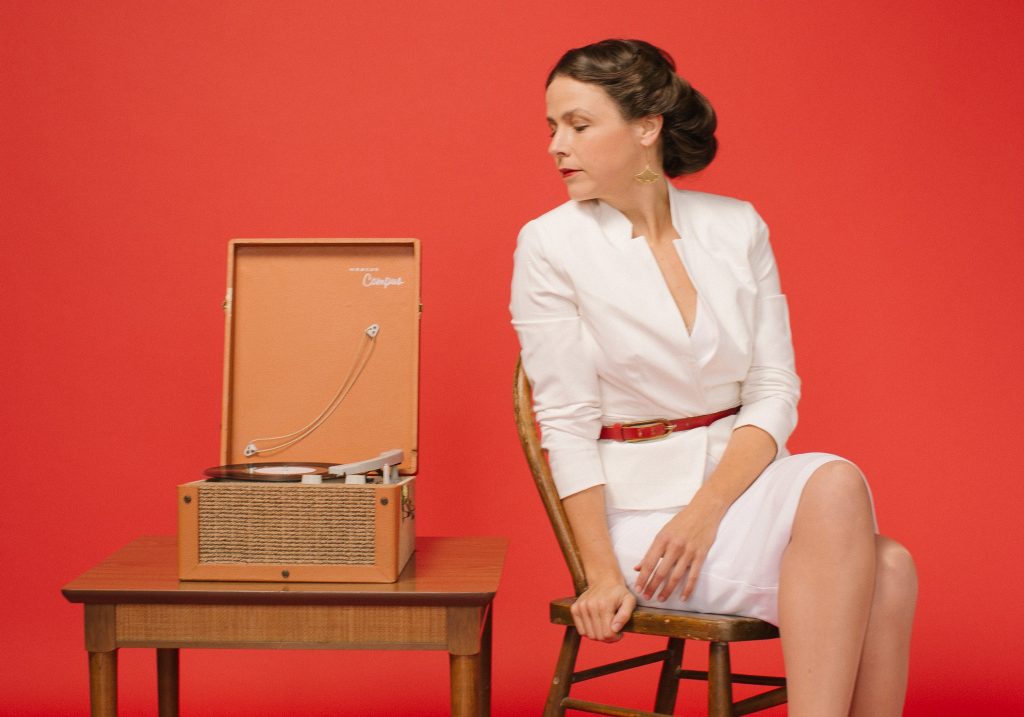 New EP and ‘Winter Dance Party’ Tour: Singer-songwriter May Erlewine has changed things up on the new recording

It’s about feeling low, letting go and finding a welcoming place to be “part of the commmunity.”

Because the holiday season for many is as much about anxiety, painful memories and tension as it is about hopefulness and joy, Traverse City-area singer-songwriter May Erlewine has written and recorded a unique new holiday EP that takes a different tack than the usual Christmas collection.

“I was thinking about a lot of people I know that have had loss or struggles in their lives and how the holidays bring up grief or stress or economic hardship,” said Erlewine. “How many people actually struggle at this time when we’re supposed to experience a big sense of community?”

What emerged from a brief, mostly live studio session at Kalamazoo’s La Luna Recording was a “groove- and soul-inspired” six-song EP, “The Little Things,” that targets those who might be in a not-so-merry mood as well as those inspired by the season.

She’s releasing the album during December shows across Michigan that Erlewine describes as “winter dance parties.”

“There’s a little bit of irony in there. It’s not necessarily the holiday album that one might expect,” she said of the EP that reflects a different side of the folk and Americana singer’s music, with horns enhancing soul- and pop-driven songs such as “Come on In,” “Let’s Get Real” and “So Far Away.” (Listen to “Come On In” below.)

“We just wanted it to be groovy and danceable to balance out the sad or emotional sentiments of the songs. We experimented and worked outside the box a little bit in a way that I wouldn’t normally. It was a little bit of an adventure.”

As for the dance parties, Erlewine views them as “a fun way to get people out” and bring them together, especially in the wake of a presidential election that left some people dazed and anxious.

“We’re going to try and keep the whole show danceable,” she said. “We’re going to play tunes from the EP and a lot of original songs that are more in the groove or soul vein, and then we’ll do some classic covers.

“We want people to come as they are and be part of the community and get moving. A lot of people are feeling it and trying to find what the way forward is. It’s a way to get out and try not to feel isolated. It’s a nice space for people to let go a little bit or have those discussions or grieve. Music is for hard times.”

The album and tour come in the wake of a joint announcement earlier this fall that Erlewine and her husband, singer-songwriter Seth Bernard, will dissolve their marriage while continuing to work together “as friends and parents.” They have a young daughter, Iris.

Erlewine declined further comment on the situation, other than to say “people have been really loving and supportive. It’s just a transitional time.” 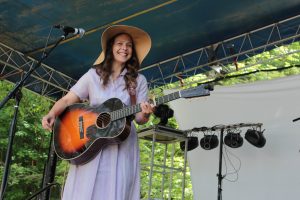 Beyond the holiday EP, Erlewine is working on a new full-length studio album – described as a “more normal, songwriting, emotional album” – that will be released next fall. She also is collaborating with singers Rachael Davis and Lindsay Lou Rilko on a new Sweet Water Warblers EP that’s set for release in January.

“It’s the first album that I just sang on and I didn’t play any instruments, so that was kind of fun,” said Erlewine, who grew up listening to vintage soul music that inspired the new EP.

“It was the first time I’ve done anything that quickly. It all just came to life in three days. It was exciting.”

After releasing more than a dozen albums and EPs since 2003, Erlewine continues to find great satisfaction in the impact her music has had on fans.

“I feel really, really lucky that much of the work that I’ve done has been embedded in the community,” said Erlewine, who treasures hearing “people say that one of my songs has helped them through a hard time. Those moments have been really rewarding to me as a songwriter.

“Being useful and serving the community has been my biggest goal and the thing I’m most proud of.”

AUDIO: May Erlewine, “Come On In”