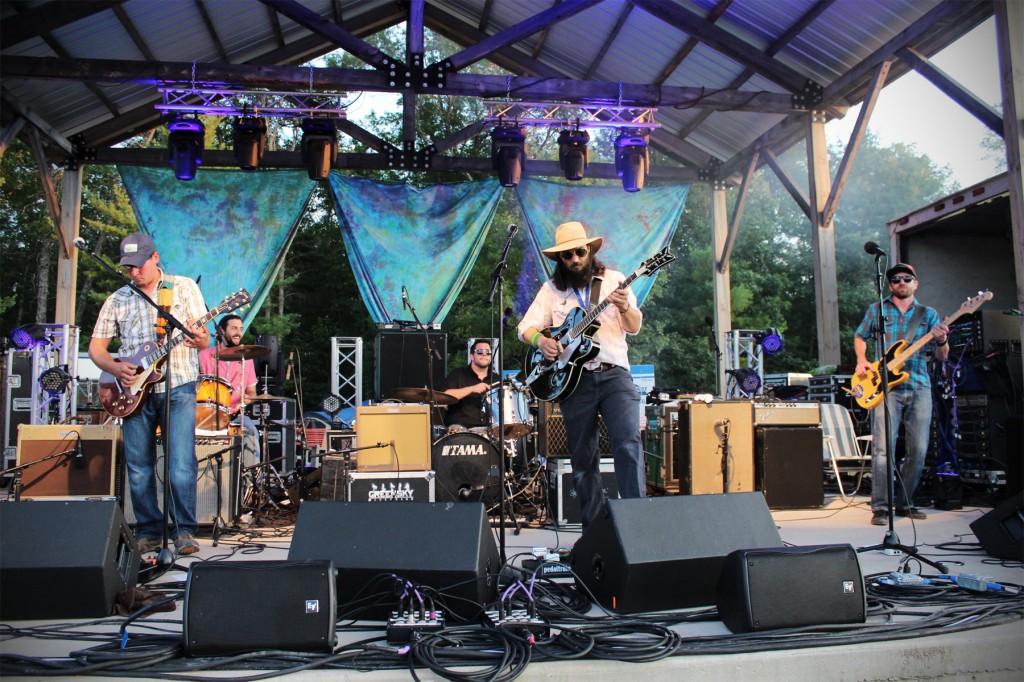 It’s not just a hectic summer for live music. New albums are flowing like a Michigan river. Check out these reviews by John Sinkevics and David Specht of Local Spins, including some select audio samples. 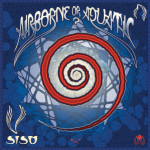 From the outset, amid the opening blast of “Field of Life,” it’s quite obvious that the Michigan super-group that is Airborne or Aquatic? (drawn from such bands as The Crane Wives and Nicholas James & The Bandwagon) is deadly serious about rattling the rafters with music rooted in retro-fired psychedelic rock with forays into Southern rock and edgy alt-country. Tracks such as the Farfisa- and moog-hued “Steel Merchants” could easily have been released in the ’70s to receptive rock audiences. Hey, after all, this was recorded in Rock, Mich.

In keeping with the band’s name, the group – principal songwriter Seth Bernard, Glenn Brown (who co-produced the album with John Erskine), Andy Catlin, Ben Lou, Dan Rickabus, Jake Robinson, Michael Shimmin and Joe VanAcker plus a host of special guests – also gives generous nods to spirituality and relationships with the earth and Mother Nature, all the while cranking their amps to 11 and their black-light vibe to “Really groovy, man.”

With its members working in so many other groups, it took two years for the band to finally wrap up and release this album. Perhaps that’s why it’s appropriately titled “Sisu,” which roughly translated from Finnish means grit and perseverance. It was well worth the wait. Because if the Airborne or Aquatic? side project represents the hard rock alter-ego of band members such as Bernard and Rickabus, who spend most of their time in folkier surroundings, it’s also one of the most refreshing regional releases of the year. – J.S.

Website: airborneoraquatic.net
Upcoming shows: Friday at Short’s Brewing in Bellaire, Saturday at Aten Place in Boyne Falls, Sunday at The Ark in Ann Arbor, Sept. 19 at the Earthwork Harvest Gathering in Lake City 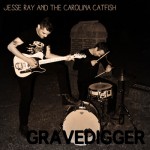 It’s no surprise that this likable Grand Rapids rockabilly duo essentially hammered out the 11 tracks on this album in a single day. Like some super-sized aerosol can with its contents under pressure, guitarist and singer Jesse Ray and drummer Josh Worsham trigger a boundless supply of gleeful, sweaty rock ’n’ roll energy, whether pounding out full-throttle burners such as “I’m Leavin’ You,” “Lonesome,” “Stranger” and “Shake It,” or the intense “ballads” (if you can call them that) “Like a Levee” and “Don’t Time Pass (So Fast Blues).” Hell, a young Elvis would be proud of these guys.

There’s a raw immediacy and fresh charm to these mostly rambunctious, turbo-charged tracks recorded by Rick Johnson at Cold War Studio. And anyone who’s seen them live knows that’s exactly what Jesse Ray & The Carolina Catfish are all about. – J.S. 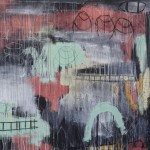 The Soil and The Sun
Meridian

For most bands, especially larger ensembles, there’s an incubation period during which the musicians develop a comfort level with one another, then learn to accentuate and enhance the talents of their bandmates, and eventually, find true exhilaration in each other’s musical contributions.

The Soil and The Sun have reached that plateau with the band’s third album, “Meridian,” and it’s liable to propel the group even further into the national spotlight.

In this 12-track masterpiece recorded by Rick Fritz at Chicago’s Audiotree Studios, the seven-piece Grand Rapids band takes another leap forward with its atmospheric and “experiential” rock by building prodigious gleaming crescendos of sound that literally cloak listeners from every angle.

Chief songwriter Alex McGrath readily acknowledges the increasingly collaborative nature of the band’s music, a “melting pot of ideas” honed into orchestrally intricate creations with layers upon dynamic layers of instrumentation and effects, occasionally delving into prog-rock territory but with a more soulful, earthier heart.

At one point on the track “Human/Machine,” the band sings in ethereal fashion: “So what if we don’t want to be stuck in a human machine, under the cover of light from above.” Art-wise, The Soil and The Sun have made the most of their human condition and “Meridian” proves they also know how to use machines to their best advantage. And listeners are better off for it. – J.S. 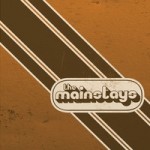 It’s no surprise, of course, that the funky-smooth mood seems awfully familiar. Created from the embers of Kalamazoo’s oh-so-popular Funktion, The Mainstays generate the same kind of soulful, instrumentally adroit sparks that propelled that fiery band but, perhaps, with an even silkier jazz-hued approach. Andrew Schrock, Tom Eldred, Nate Heymoss, Paul Bauer and Neal Conway hit the ground running as a live act performing across West Michigan, and their debut EP, from “Feels Like a Great Day” to “Love,” oozes R&B swagger. – J.S.
Website: themainstaysmusic.com
Upcoming shows: 8 p.m. Friday at Rockford Brewing in Rockford, Aug. 29 at Lakeshore Tavern in Muskegon, Sept. 12 at Park Theatre in Holland 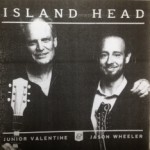 At first blush, the pairing of veteran Grand Rapids guitarist-singer Junior Valentine with bluegrass-oriented mandolinist Jason Wheeler of Fauxgrass seems like an odd musical marriage, but Valentine clearly had a brilliant vision in mind for this project. Dusting off a truly eclectic blend of music from the American blues/roots catalog (Fred McDowell’s “You Gotta Move,” Bob Dylan’s “On a Night Like This,” Muddy Waters’ “You Can’t Lose What You Never Had,” Bo Diddley’s “Crackin’ Up,” Lieber/Stoller’s “I’m a Hog for You Baby,” and more), Valentine’s simple, stripped-down approach pares these iconic songs to their essence, with Wheeler adding plenty of sweet mandolin accents along the way.

Valentine and Wheeler re-introduce audiences to powerful songs such as “When the Levee Breaks,” popularized by Led Zeppelin but actually crafted by Kansas Joe McCoy and Memphis Minnie, giving audiences a new way to embrace the words and music in acoustically compelling fashion. By the time the 16 tracks wrap up with Valentine’s own “Crazy ’Bout You Baby,” it feels like you’ve completed a satisfying, dusty journey through several decades of influential, seminal music … hearing it like you’ve never quite heard it before. – J.S. 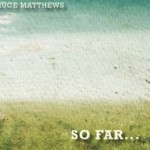 Acoustic guitarist-singer Bruce Matthews’ rollicking “Double Dookie Dude” creates the sort of country-fired charm that tells one side of his story on this 16-track album produced and engineered by multi-instrumentalist Andy Ferris, who also performs on the recording (adding especially tasty honky-tonk piano accents on “Mayo Blues”).

The other side gets far more introspective, laid-back and folky, in a contemporary Christian ballad sort of way, whether it’s the poignant “Elena’s Song” or the inspirational “Orphaned by Circumstance” and “Lift My Hands to Fight.” If Matthews’ lyrics sometimes feel like a bit like he’s addressing kids in a Sunday school class, there’s no denying his sincerity, enhanced by some dynamic arrangements, fine musicianship from a host of players and solid production. – J.S. 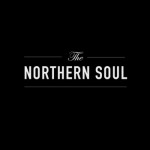 There’s an enticing Christian Americana flavor to this album recorded at Grace Church and the Furnace Room, with multi-instrumentalist Michael Van Houten (known for his work with the New Midwest and many others) joined by his brother, Benjamin, on guitars and vocals, and sister, Lisa Walhout, on vocals, violin and piano. It’s clearly a labor of love that oozes a rootsy authenticity and a simple, gospel-hued charm – not to mention those always sweet sibling harmonies.

And the trio takes an upbeat, non-preachy tack from the opening track, “On Our Way to the Morning Light,” to “Where the River Holds the Sky.” In the end, Van Houten’s family project displays plenty of soul, with a Michigan flair. – J.S. 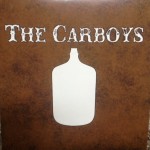 While the group is named after the rigid jugs often used for the fermentation of beer, this nine-track project demonstrates that the quintet is quite the opposite of rigid, demonstrating its flexibility with a range of sounds and emotions. Produced, mixed and mastered by Tommy Eliers and released through Muskegon-based Spit/Spat Records, which is mainly comprised of hip-hop artists, The Carboys self-titled debut album is the first alt-country album released by the studio, making the Grand Rapids-based band the self-proclaimed “black sheep” of the label. Still, the relatively young indie-folk/Americana crew fits right into West Michigan’s music scene.

The album lets the listener know right off the bat what to expect, with the fitting introductory track, “Expectations,” in which lead guitarist and vocalist R.J. Nordland, accompanied on the mic by Alayna Plews, sings: “Education ain’t my thing. All I wanna do is sing. And I know, it’ll come back and haunt me.” The band can also pluck a few strings, featuring Anthony Emery on the banjo, Charlie Merkel on the mandolin and Matt Kuczynski on bass, as well as work a mean blues harp on tracks such as the fast-paced tale of drinking away the pain, “Perfect Poison.” Of course, too much of anything can produce a negative effect, which is detailed in the haunting, somber, introspective tale of forgiveness, “Goodtime Blues.” Though the upbeat, hopeful closing track is titled “Busking,” it’s unlikely the crew will be resorting to anything of the sort, with plenty of upcoming shows booked throughout the Midwest. – D.S. 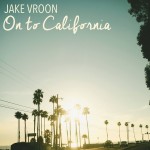 Jake Vroon
On to California

Forest Hills Northern High School grad Jake Vroon is still a student at Belmont University in Nashville, but he’s already racked up an impressive summer, opening for John Butler Trio in a sold-out amphitheater at Frederik Meijer Gardens & Sculpture Park where he also played the Tuesday Evening Music Club series. And truth be told, the young singer-songwriter’s debut album – produced by Mike Arnoult and recorded at The Nest in Nashville – is a surprisingly strong, unusually eclectic affair, from the Mumford & Sons-like folk of “Coming Home Soon” to the psychedelic, fuzzy rock of “Rollin’ On” (sort of a cross between Tom Petty and the Black Keys) to the harmony-laden, acoustic pop-folk of the closing title track. Keep an eye out for Vroon down the road – whether in Michigan or California — because he clearly has a bright future. – J.S. 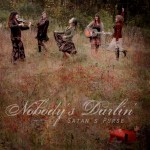 For years, as the area’s only female string quintet, Nobody’s Darlin’ has cultivated an avid following for its old-timey folk and bluegrass-tinged material – whether renditions of traditional, classic acoustic fodder or the band’s own tunes. And solidifying its lineup in recent years (mandolinist Sara Q, banjo player Janet Shelby, bassist Barb Weatherhead, violinist Natalie Beversluis and guitarist Becca Ling) has only solidified and refined its sound: earthy, real, story-driven. The band members’ powerful camaraderie propels all 13 tracks, whether churning out a standard such as “Nine Pound Hammer” or Sara Q’s rollicking “Satan’s Purse.” – J.S.