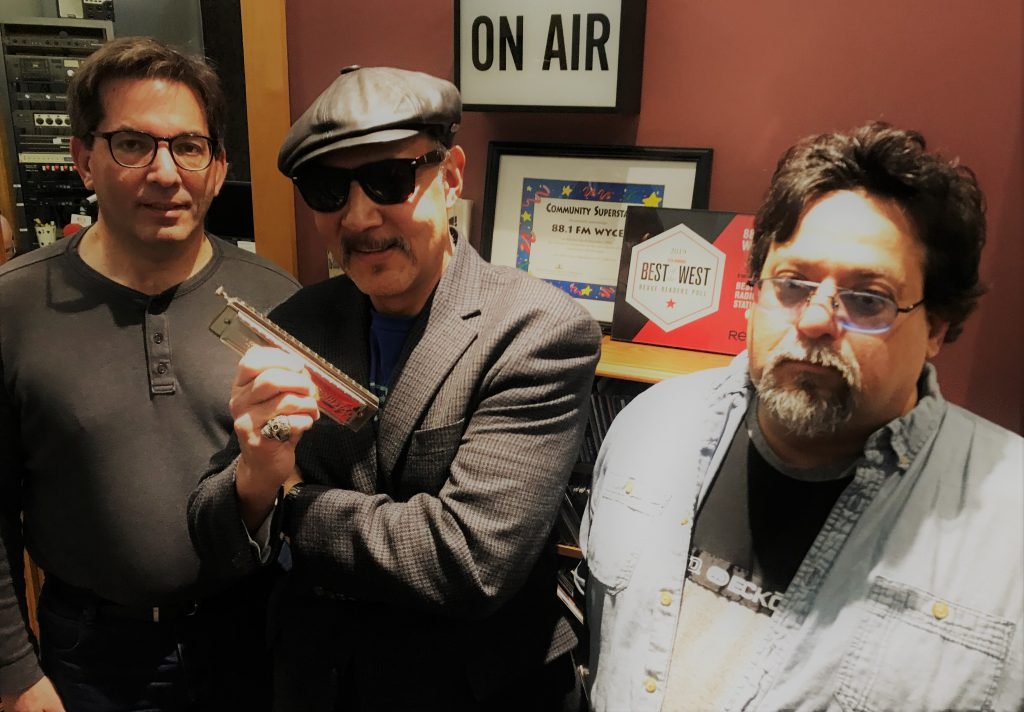 Growing up in Mexico City, Tomas Esparza’s first taste of the blues came courtesy of a performance on Mexican television by legendary musicians B.B. King and John Mayall.

It made a lasting impression on the youngster because after he moved to Grand Rapids in the mid-1980s, he began soaking up the blues by listening to Duke
Tumatoe, Muddy Waters, Sonny Boy Williamson and Albert Collins.

But an Orbit Room concert by harmonica great William Clarke really sealed the deal, inspiring Esparza – who was 30 years old at the time – to go out and buy a harmonica.

“From that moment on, I never put it down,” he said. 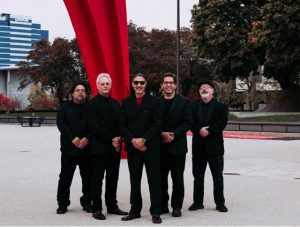 Through membership in the Grand Rapids Harmonica Club, attending a harmonica festival and encouragement from other musicians such as Charlie Musselwhite (who turn him on to Little Walter) and the owner of Billy’s Lounge at the time, Esparza dove headlong into the music scene, playing his first show in Muskegon in 2006.

The band – which hopes to release “Anytime Blues” this spring – is propelled by the Chicago blues but also incorporates what Esparza describes as his “Mexican background” into the music along with other elements brought to the table by band members.

“I think that gives us a unique style and sound,” said Esparza, who released his debut album in 2008 but hasn’t released any new music since then.

“Our passion, appreciation and love for the blues drives us to play this heartfelt type of music which brings out in each of us the depth of energy we display in our shows.”

On Friday, Esparza, Arbogast and Quintero dropped by Local Spins on WYCE to perform a couple of songs in-studio and chat about their musical journey. Watch the video of their performance of an original tune, “The Cost of Living,” here, with the full radio show interview and podcast below.

The Tomas Esparza Blues Band – which plays SpeakEZ Lounge at 8 p.m. Wednesday as part of the Local Spins Wednesdays series – is gearing up for a special trip to Memphis later this month.

After winning a regional competition, the band will compete in the Blues Foundation’s 2020 International Blues Challenge along with groups from across the globe. It’s the first time Esparza and company have competed in Memphis, where they’ll be from Jan. 28 through Feb. 1. 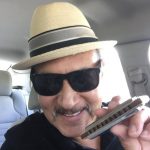 “The experience itself is going to add more to our musical love and desire,” he offered.

After that, the group will focus attention on completing its studio album at Holland’s Swanson Studios, a project aimed at demonstrating what the Tomas Esparza Blues Band is all about.

“What we want to show is love for the blues and our experiences of life through the blues,” Esparza said.

This week’s edition of Local Spins on WYCE – which showcases local and regional music at 11 a.m. Friday on WYCE (88.1 FM) – also boasted the on-air debut of tracks by The Hacky Turtles, Overdrive Orchestra, The Autumnatic, Via Mardot, Birdie Country and James Reeser & The Backseat Drivers (the musician’s pick of the day by Esparza), as well as music from PHABIES, Dawning and Porter Kenyon. Listen to the radio show podcast here.