As feared by many fans, the high-profile 2020 amphitheater shows won’t take place due to COVID-19, but a ‘modified’ Tuesday Evening Music Club series featuring regional stars might be possible. 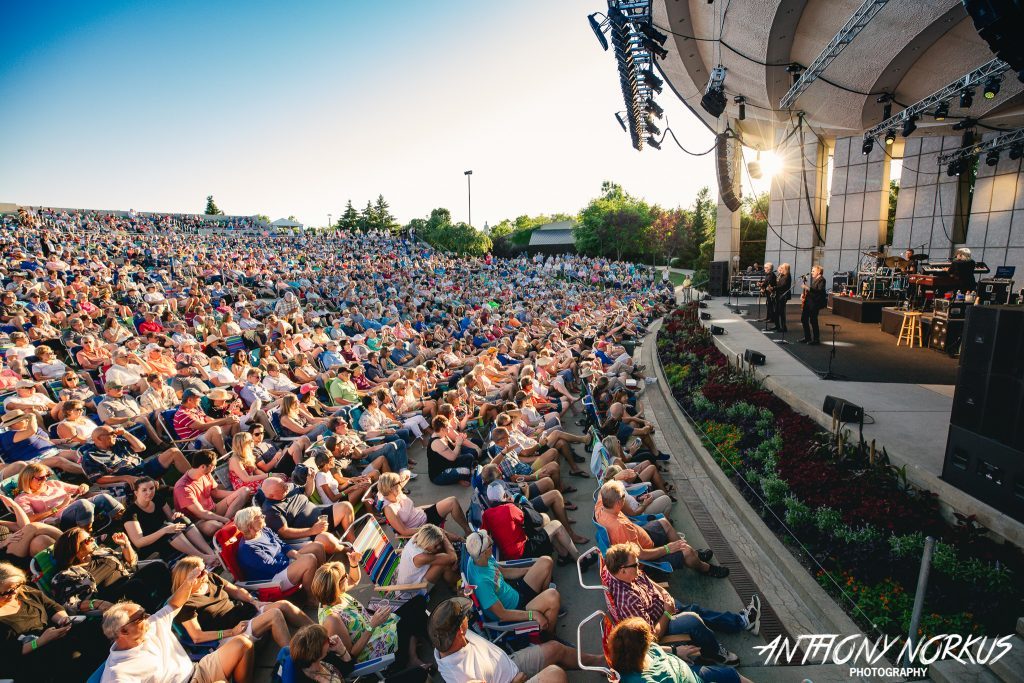 In what’s characterized as a “crushing” blow and an “extremely difficult decision,” Frederik Meijer Gardens & Sculpture Park has canceled its 2020 summer concert series due to concerns about the coronavirus pandemic.

Meijer Gardens announced the move this morning after intense discussions with its concert promoter and evaluation of public health protocol.

“In response to the ongoing COVID-19 pandemic, it is with deep disappointment and a heavy heart that Meijer Gardens announces the cancellation of the 2020 Fifth Third Bank Summer Concerts at Meijer Gardens series,” the official announcement stated.

Meijer Gardens President and CEO David Hooker called it an “extremely difficult decision” but officials are “looking forward to a summer full of live music once again” in 2021.

The decision follows dozens of announcements by Michigan festivals and concert series – including shows at the Interlochen Center for the Arts – which already have scrapped events for summer 2020. 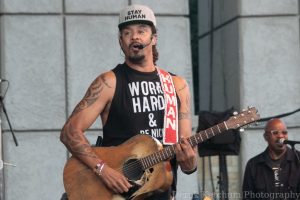 Returning in 2021? Regular Michael Franti was set to play Meijer Gardens this summer and officials are working to bring back many of the same performers next year. (Photo/Derek Ketchum)

It comes the same day that Jackson County’s Faster Horses festival scrapped its 2020 event and a day after Grand Haven announced cancellation of the late July/early August Coast Guard Festival and a new Grand Rapids music celebration – mid-July’s Upheaval Festival at Belknap Park – was forced to delay its inaugural event until 2021.

The Grand Rapids Symphony also has canceled all concerts through July, including part of its Picnic Pops series, with community concerts still planned for August.

But there’s still hope that some local and regional acts might perform at Meijer Gardens as part of the Tuesday Evening Music Club series that usually takes place in July and August.

“If the situation improves and we feel that we can safely present concerts in some capacity later this summer or early fall, we will announce an update to the TEMC at that time. We’ve got more flexibility there due to those artists being local and not needing to fall within a tour schedule and routing.”

VanderHaagen said the cancellation of tours by major artists being considered for the main concert series “definitely came into play” in Meijer Gardens’ “crushing” decision.

“It was our initial hope that we could delay our late May and early June shows and go deeper into September with concerts, but once we realized that it would be unsafe to hold any mass gatherings, we knew that we had to look toward either producing a smaller series in the fall if it was safe to do so, or pulling the plug on the entire series,” he said.

“Our promoter Chris Mautz has been working tirelessly to be the bridge between the artists’ booking agents and Meijer Gardens to determine what our new reality would be.”

That also means, he said, that Meijer Gardens hopes to bring back for 2021 many of the artists they planned to book for this summer’s series.

Before the stay-at-home order, Meijer Gardens in February had made a sneak preview announcement of four shows planned for summer 2020: a reunited Squeeze, Michael Franti & Spearhead, Gregory Alan Isakov and The Australian Pink Floyd Show.

In the end, however, “safety and social-distancing concerns were top of mind in this decision,” VanderHaagen said, noting that new rules that likely would have reduced the amphitheater’s 1,900-person capacity were also a major hindrance. 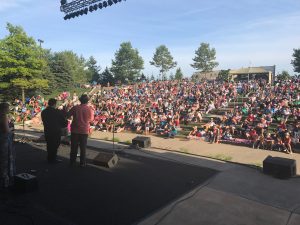 Tuesday Tradition: Might the series be expanded if rules allow? (Photo/Local Spins)

“Our reality is different from an enclosed club or arena in that there is more room to spread out and socially distance, but we still have pinch points of admissions, concession and restroom lines. Reduced capacity was discussed, but the economics would have to work out. It would be very difficult to present the level of shows that our guests have come to expect … at a reduced capacity.”

Ultimately, the safety of guests, volunteers, staff and touring crews was of paramount importance.

As for Belknap Park’s Upheaval Festival – which was aiming to bring hard rock acts Disturbed, Staind, Skillet, Chevelle and more to Grand Rapids July 17-18 – the COVID-19 pandemic posted “just too high of a risk,” organizers announced on the festival website.

“We were so jacked to bring the first Upheaval Festival to Grand Rapids. The feedback, love and support you guys have given us has been unbelievable,” the statement continued. “We’ve been working with the artists that were slated for 2020 and we don’t see any reason why they won’t be able to play in 2021.”

With that in mind, the festival noted that tickets purchased for the 2020 event will be good for 2021. Those seeking refunds will be emailed information about that process on May 29.