Scrapped due to COVID-19, the popular northern Michigan series is among numerous live music events slated for summer 2020 that are being dropped, postponed or revised. 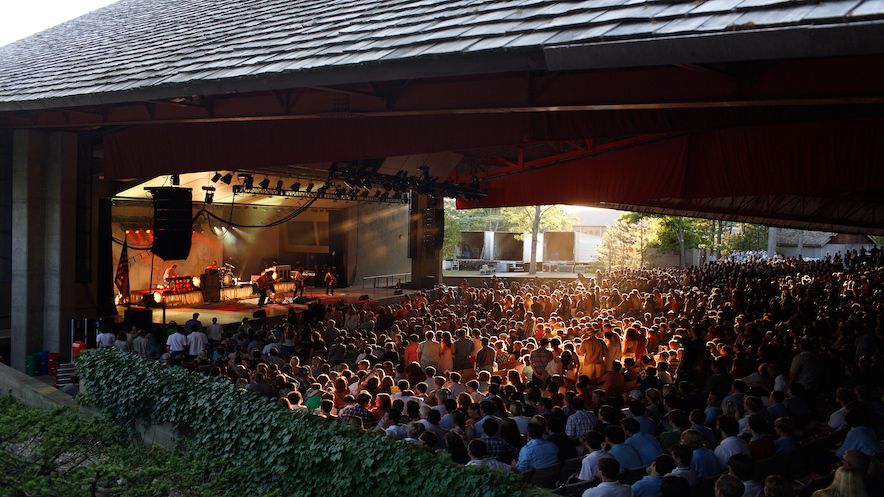 Returning in 2021: Kresge Auditorium at Interlochen will be empty this summer. (Courtesy Photo/Interlochen)

One of northern Michigan’s most prominent summer concert showcases has bowed to the inevitable.

Interlochen Center for the Arts has canceled the 2020 edition of its Interlochen Arts Festival which annually features performances by international stars as well as theater and orchestra productions.

“After careful monitoring of the COVID-19 pandemic and consultation with public health experts, our board of trustees, arts leaders, and many others, we have made the difficult decision to cancel our 2020 Interlochen Arts Festival,” Interlochen announced in a prepared statement.

“We take this action with the safety and well-being of our community as our highest priority.”

Interlochen President Trey Devey also sent an email to employees and donors announcing the news, acknowledging how much people look forward to the 30-plus concerts and productions which generally take place in Kresge Auditorium and Corson Auditorium.

The move was not unexpected in light of the coronavirus crisis, especially since the institution had earlier announced it was not hosting its annual Interlochen Arts Camp, instead transitioning to an online experience.

UNITY CHRISTIAN MUSIC FEST AMONG OTHER EVENTS BEING CANCELED

The decision by Interlochen came the same week that several other high-profile summer events announced cancellations or postponements due to the coronavirus crisis that’s swept the country:

• The Unity Christian Music Festival has canceled its Aug. 5-8 event at Heritage Landing in Muskegon. The new date is Aug. 11-14, 2021 at the same location. 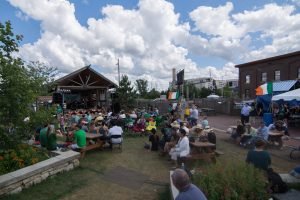 • The Currents Music Festival in Milford in suburban Detroit has been canceled.

• Organizers of Baroque On Beaver, an annual celebration of the classical genre that was scheduled for Beaver Island July 24-Aug. 1, say they are making plans to move online. “We are making necessary changes to it in order to ensure the safety of our musicians and our audience members,” the festival announced. “As a matter of public health, we plan to take advantage of a range of web-based platforms so that Baroque on Beaver 2020 will take place online.”

• The June 20 Alpena Blues Festival is being postponed; organizers are considering moving it to Sept. 19, but that is still tentative.

The decisions follow earlier cancellations by other Michigan festivals, including Buttermilk Jamboree in Delton, Blissfest Music Festival near Harbor Springs, Camp Greensky at the Hoxeyville festival grounds in Wellston, and the National Cherry Festival in Traverse City, which had planned a slate of July concerts at the Open Space bordering West Grand Traverse Bay. 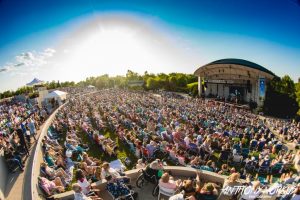 Although circumstances still could change, other northern Michigan events remain on track, including the annual Hoxeyville Music Festival scheduled for Aug. 14-16 in Wellston and LivelyLands taking place outside Empire Aug. 28-30.

While Great Lakes Center for the Arts at Bay Harbor south of Petoskey canceled or postponed early summer shows, it is currently looking to host shows beginning in July. Its first show, Scott Bradlee’s Postmodern Jukebox, is now scheduled for July 5. Other concerts include Kool and the Gang July 18, Lyle Lovett and his Large Band July 25, Paul Taylor Dance Aug. 1 and trumpeter Chris Botti Aug. 8.

Bay View, on the north side of Petoskey, plans to make decisions on its pops concerts by Chick Corea, Bela Fleck and The Capitol Steps three weeks before their scheduled dates (not yet announced). Decisions and announcements on the Wednesday Night Chamber Music Series, Vespers concerts and Youth Theatre will be made by June 1.

In a statement released last month, Meijer Gardens noted “the entire concert industry has been put on pause as local, state and federal governments determine the safety of large gatherings.

“While we are working hard behind the scenes to coordinate details for concerts, we do not have any details at this time regarding lineups or ticket sales. We will keep you updated as we have additional information.”