With elements of pop and airy vocals, Max Lockwood’s sophomore solo recording officially gets released Friday night at The Pyramid Scheme with the singer-songwriter backed by an all-star band. (Story, videos) 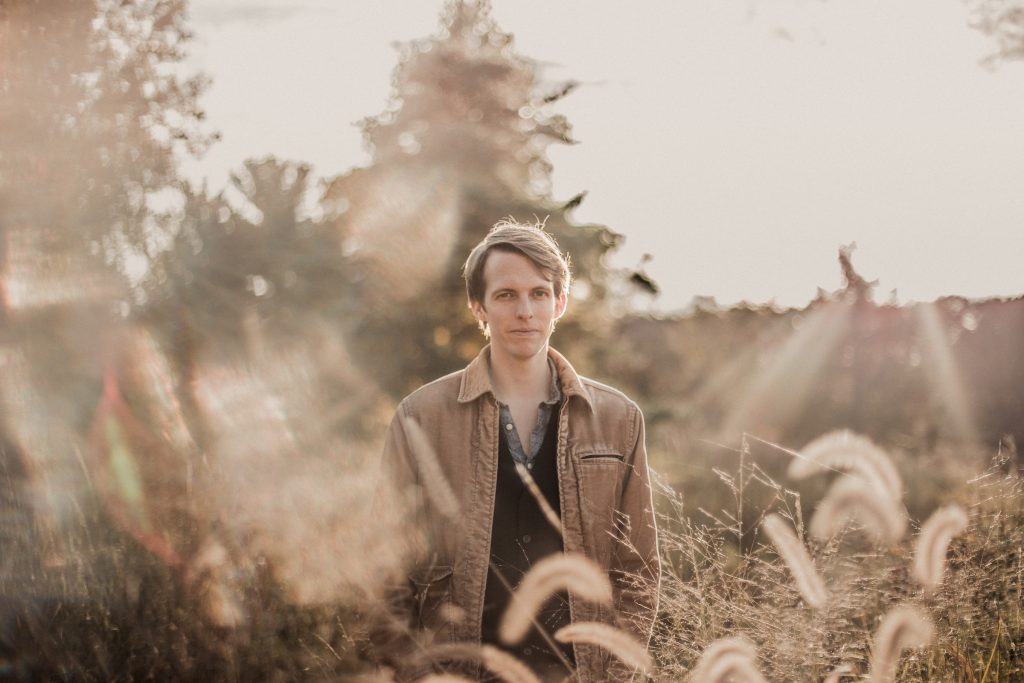 THE ARTIST: Max Lockwood
THE MUSIC: Pop-hued indie-rock and folk
WHERE YOU CAN SEE HIM: 8 p.m. Friday at The Pyramid Scheme w/ The Crane Wives, Joshua Powell & The Great Train Robbery; Feb. 7 at The Robin Theatre in Lansing w/ May Erlewine; Feb. 8 at The Livery in Benton Harbor w/ May Erlewine; Feb. 9 at Bell’s Brewery Eccentric Cafe in Kalamazoo w/ May Erlewine; Feb. 10 at Salt of the Earth in Fennville; Feb. 23 at Founders Brewing in Grand Rapids w/ Morgan Haner & The Transmitters

A lot has transpired in the five years since Max Lockwood gathered up some musician pals to record his first solo album, “Outrider,” which served as an unusual senior honors thesis for a University of Michigan degree in creative writing and literature.

The in-demand Grand Rapids bassist, guitarist and singer has played and released grungey, psychedelic folk-rock with his high school buddies in Big Dudee Roo, toured and recorded with Earthwork Music collective star May Erlewine and others, started The Insiders Tom Petty tribute band and graced stages from Michigan to Scotland.

Now, leaning on all that diverse experience, Lockwood is about to release his self-titled sophomore album – a striking collection of vulnerable and personally transformative songs exhibiting what he calls a “more pop-sensible sound with lush, composed arrangements.”

“I think it may surprise some people and, in a sense, I hope it does,” Lockwood told Local Spins. “I’ve been crafting this sound for a long time with the intention of creating something different and new.

“As a musician, writer and generally a person who has chosen to focus my life on these (other) avenues of creativity, it’s fun and sometimes necessary to maintain a diversity of outlets. The ebb and flow has me focusing more energy on this solo project for the time being.”

That “time being” starts Friday when Lockwood and his all-star band – Justin Dore and Daine Hammerle from Big Dudee Roo, violinist Brandon Smith and bassist Eric O’Daly from Appleseed Collective and vocalist Sam Cooper – stage the first release show for the new Earthwork Music album at The Pyramid Scheme in Grand Rapids.

The evening will feature a headlining set by The Crane Wives, with Joshua Powell & The Great Train Robbery also performing. Doors open at 7 p.m. Friday for the all-ages show; tickets are $12 advance and $14 day of show. Get details, tickets online at pyramidschemebar.com.

Other album-release dates for Lockwood will follow, including “a run of shows with my dear friend and songwriting hero May Erlewine doing a solo opening set and joining us on vocals.

”May’s work has been a huge inspiration for me since I first saw her perform at Wealthy Theatre 10 years ago and getting the chance to support her music as her bassist for the last few years has been a consistently joyful and rewarding experience, so I’m beyond excited that she was able to do these shows with us.”

More than anything, the shows give Lockwood a chance to step into the spotlight with his own new and somewhat different songs, many of them written three years ago and first brought into Grand Haven’s Third Coast Recording for tracking in 2017.

Engineer Joe Hettinga “played an immeasurable part in making this record what it is. Joe has been fantastic to work with and I owe him an immense gratitude for helping me see it through.”

Although Lockwood “built the songs from the ground up mainly on my own, doing all the bass and keys and most of the guitars,” the album also features “amazing and sensitive” drummer Julian Allen and some of his “favorite musicians and singers”: Lindsay Lou, Dore, Cooper, Smith and O’Daly.

Mostly, however, the project represented an opportunity for Lockwood to properly showcase his own, more refined music — much of it sheathed in subdued beauty. 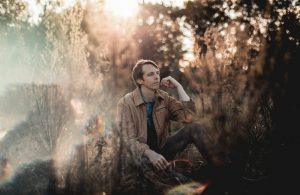 “With this record, I wanted to challenge myself to self-produce and put more of my own intentionality into the process. I think my songwriting matured in the time since making “Outrider” as well, and become more concise and refined,” he said.

“As for the songs themselves, I think their content reflects a potent time of personal transformation that I found myself in. As a writer, I became more comfortable with the power of vulnerability, so that the personal and sometimes emotionally raw content doesn’t scare me so much anymore.”

Lockwood certainly views the solo effort “as a very different creative outlet” from his work with Big Dudee Roo. It’s music “grounded in a folk-rock, singer-songwriter realm, but with other pop and alternative elements.”

“The album is very song- and lyric-focused. It’s been fun to let my love of poetry to take the forefront a little more with this record,” he said. “These songs are more vulnerable, exploring emotional depths that are nuanced and subtle and tend to evade more direct description.”

Of course, Lockwood is thrilled to finally unfurl these songs with a full band, though he remains uncertain how the balance between his solo work, band projects and collaborations with other musicians will all work out.

“It’s always tough to say how the future will unfold,” he said. “My plan is to keep trying to follow the muses and bringing music that we feel inspired about into the world.”

VIDEO: “Burning It Down” (Acoustic)