Two members of the Kalamazoo-area indie-folk band performed on air for Local Spins on WYCE, which also featured new music from The Accidentals, Kevin B. Klein and Steve Leaf & The Ex-Pats. 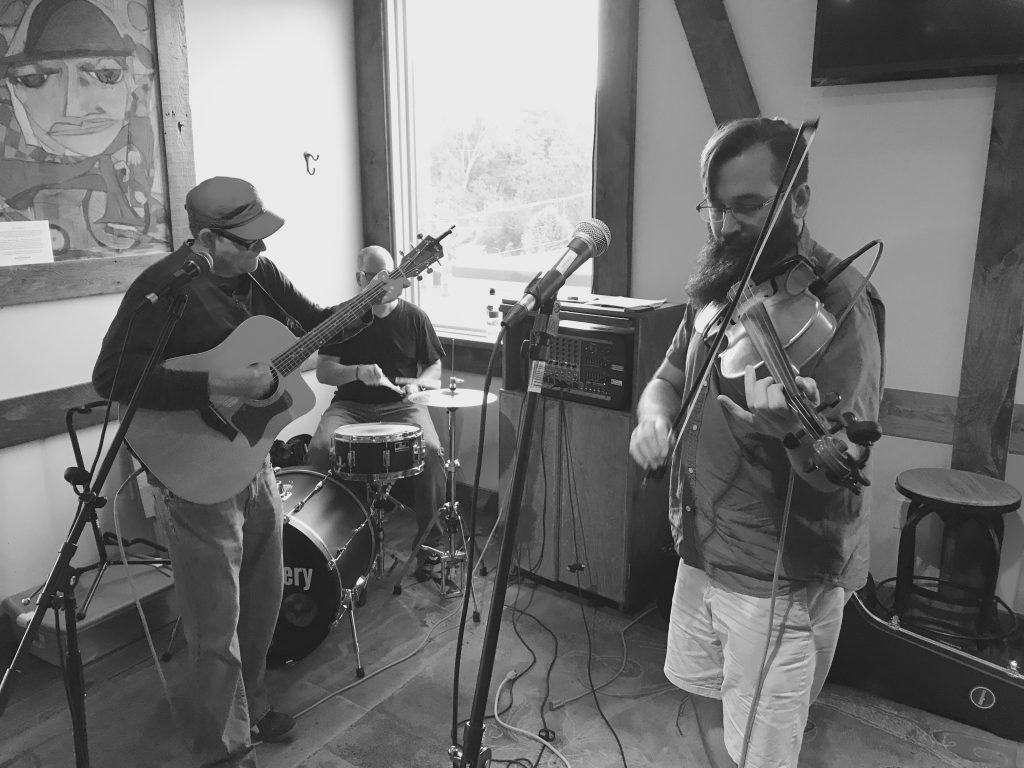 SCROLL DOWN FOR VIDEO AND PODCAST

When West Michigan musicians Marcus Taylor and Colin Killmer first got together to write and play music more than three years ago, it was a departure from what they’d each tackled before. 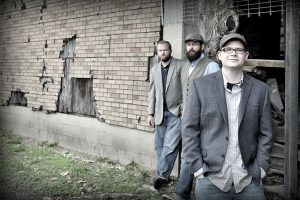 Taylor grew up playing jazz bass and string bass in concert bands. Killmer was a classically trained viola player who was raised “listening to a lot of bluegrass,” but found himself playing bass in blues-rock outfits and cover bands.

“I had an inkling to write, so when I started playing guitar, it’s just the natural feel of what came out and knowing that I wanted to steer it toward a folk-rock direction,” Taylor said.

With banjo player Larry Zemlick and drummer Jason Bryan, the pair has found that acoustic-propelled, folk- and bluegrass-powered the Kalamazoo-area quartet Cousin Avery.

“It’s nice to dip my toes back into a more string and acoustic sound driven by the folk and bluegrass influence,” Killmer said.

And with the recent addition of Bryan on percussion, the group is honing its sound: “We figured out that our sound really was a very percussive and rhythmic sound and yet we didn’t have a rhythm section at all. So, its been a fun learning experience.”

Taylor and Killmer brought the duo version of Cousin Avery to the studios of WYCE-FM for this week’s edition of Local Spins on WYCE, performing an older song, “Steady in the Sand,” as well as a brand new track, “Walk Alone” that the pair wrote as part of a northern Michigan songwriting stint last winter. Watch the video of “Walk Alone” here.

The band – which released its debut album last year – already has started work on a follow-up album at McDonald Productions in Otsego, with hopes of releasing the sophomore project by the end of the year.

As Taylor puts it, Cousin Avery’s songs “are all positive and uplifting. They’re kind of that bright little part of us that we want to let shine in those times when we’re not feeling really bright and the world isn’t looking really bright. The songs kind of come out that way.” 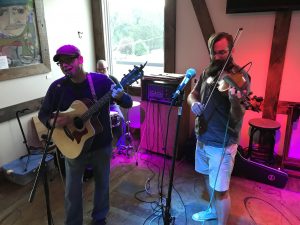 With a number of summertime performances coming up – including playing the Beer Tent at Buttermilk Jamboree at Circle Pines Center at 1 p.m. Saturday – Taylor and Killmer also revel in “connecting with other musicians” at festivals and other events.

They point to Kalamazoo’s ultra-collaborative music scene for helping foster that attitude: making “a connection musically and friendship-wise,” Zillmer said.

Of course, connecting with audiences is important, too, added Taylor, because it’s a way of “validating the art” that the band is creating.

The band also plays at noon June 29 at Rosa Parks Circle in downtown Grand Rapids, followed that evening by an appearance at Root’s Brew Shop. Cousin Avery also plays the Hastings summer concert series on July 19 and the 120 Taphouse in Paw Paw on Aug. 26.

This week’s edition of Local Spins on WYCE also boasted the radio debut of new songs by Thunderbolt & Lightfoot, Mavericks & Monarchs, Candy Laprie, Kevin B. Klein and Steve Leaf & The Ex-Pats, plus music from The Accidentals, Bigfoot Buffalo, Conrad Shock & The Noise and Brian Koenigsknecht. Listen to the full podcast here.