The charming and unique ‘right-on-the-water’ club in Douglas bids farewell at the end of the season after hosting regional bands and national touring acts for more than two decades. Story, photo gallery. 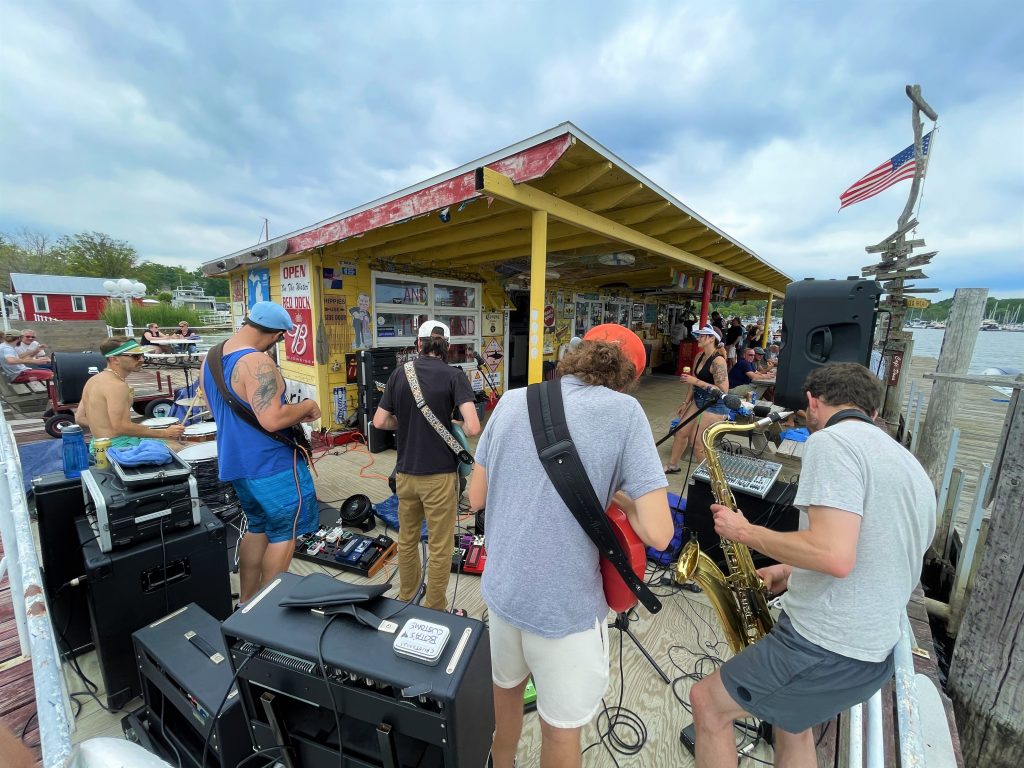 I’m sitting with longtime Red Dock Cafe owner Tony Amato on a bench in front of the venue, talking about the venue’s final summer of shows, when a friend of his strolls up excitedly clutching a newspaper in his hand.

Plastered on the front page of the Detroit Free Press is an article about Amato and the venue which has hosted live music on Sundays for the past 24 years.

“It has a free spirit. It feels like the Caribbean. I went on a couple trips. I hung out in Jamaica, man. There’d be a bar on the beach one day, it’d be gone the next day and opens and closes whenever it wants to,” says the 68-year-old Amato, who wears sunglasses and a ballcap. 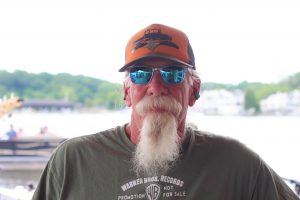 “We have no rules. We like to open and close with the sun or the moon and yeah, you know, people are into it.”

The day is breezy and overcast when Grand Rapids jam band Desmond Jones rolls up to Red Dock in the village of Douglas on Kalamazoo Lake. Clouds hang overhead, holding back impending rain while the band loads in.

The venue oozes a unique vibe. A walkway along the water leads the band to a narrow dock with a bar and a small kitchen. It feels tropical. Boats amble by, water flows beneath the wooden boards.

This particular show, however, marks the first concert of the venue’s final run of shows this summer.

Last September, the dock’s owner, R.J. Peterson, died at the age of 93. After yearly agreements with Peterson’s company, Tower Marine, which owns the liquor license and real estate for the establishment, the new management board of the marina decided to move in a direction that does not include plans for the venue.

“I feel good because it’s been so successful. It’s loved by everyone. But I’m sad that I can’t finish out my vision for it,” Amato says.

“My whole thing is I like to bring quality music to people. I don’t charge covers. I take care of my bands properly. And I get to turn people on to this great live music. This venue is incredible.”

FROM BERNIE WORRELL TO GREENSKY BLUEGRASS TO THE SPACE BROTHERS

Although Red Dock is taking this Sunday off from live music due to the Fourth of July weekend, another national act with a stellar reputation fires things up at 4 p.m. July 11: Soul/folk/rock’s Handmade Moments from New Orleans with Willy Tea Taylor (who recently relocated to Michigan).

Other summer shows include The Hooten Hallers on Aug. 8, The Strapping Owls on Aug. 22, and Back Forty and Anna Lee’s Company on Sept. 5. The Space Brothers will play Red Dock’s final show on Sept. 6.

As Desmond Jones fires up their set, the audience focuses in. Boats tie off and attendees trickle through, following the undeniable groove of the five-piece Grand Rapids band. 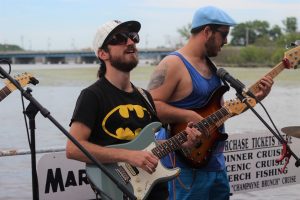 ‘Being On the Water is Amazing’: Desmond Jones jamming at Red Dock. (Photo/Enrique Olmos)

Genres freely float from funk to rock ‘n’ roll to reggae. Highlights include watching drummer John Nowak smash the skins with a wide smile and saxophone player George Falk yelling poetic passages into his instrument mic with a wave of reverb.

“Obviously, being on the water is really amazing because of how the sound travels around you. There’s a big open space and you can hear everything on the water. So there’s some crazy reverberation,” guitarist Isaac Berkowitz says.

“But with the pandemic, all those kinds of places are just becoming scarcer and scarcer. We’ve played a lot of those venues that are owned by music fans all around the country and many have closed. So it’s kind of sad that you know, another place that has history and is run by somebody who is actually just doing it because he loves music and hanging out on the dock, is closing down.”

Loving every moment of the show, Amato bounces from the kitchen to the bar, engaging with employees and customers with a casual smile. But he always has an eye on the music.

After the summer fades and The Space Brothers play their final note from this singular stage, Amato plans to head to New Mexico and relax.

He’ll spend some time getting “his head on straight,” and contrary to the summer vibes concertgoers are surrounded by at Red Dock, he’ll go skiing. 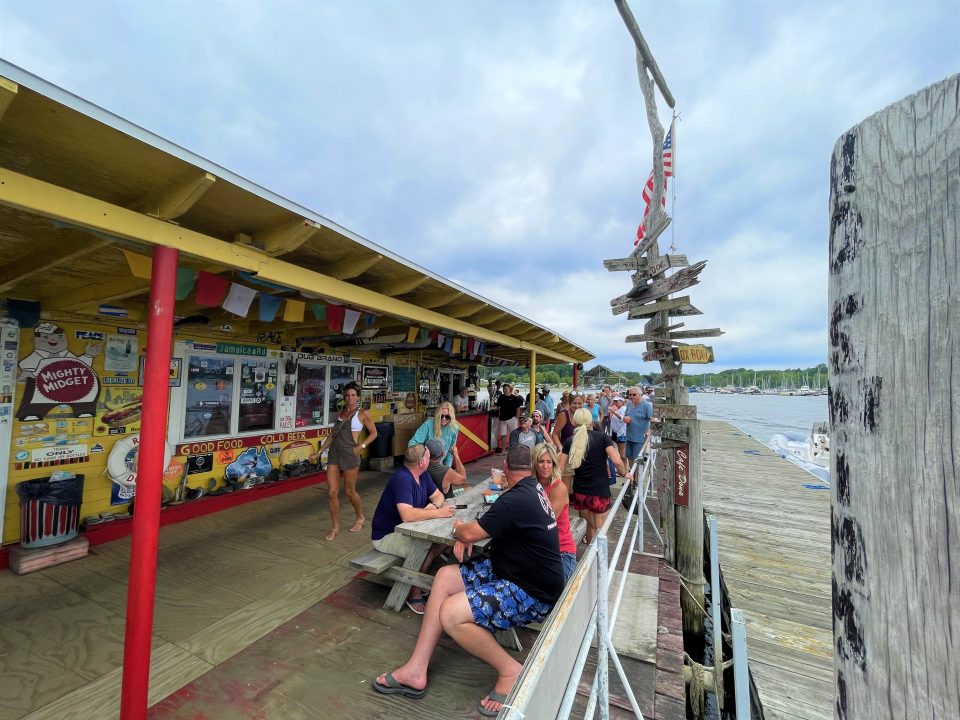 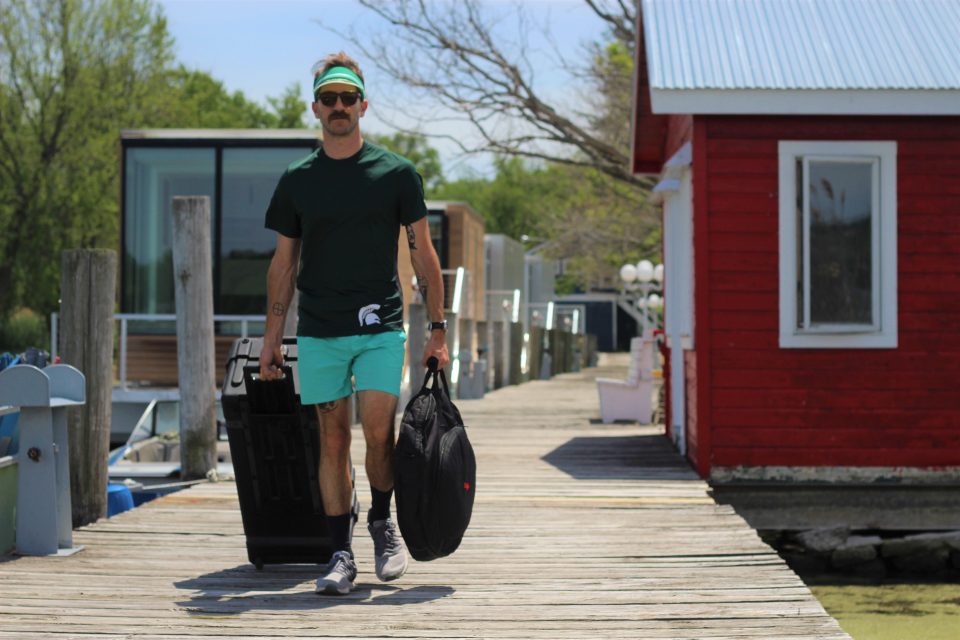 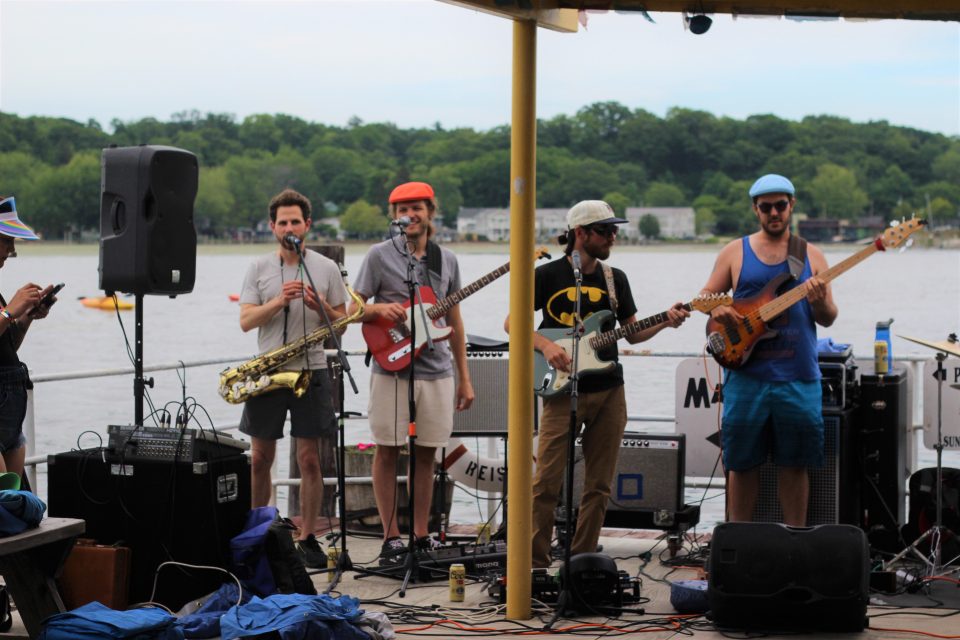 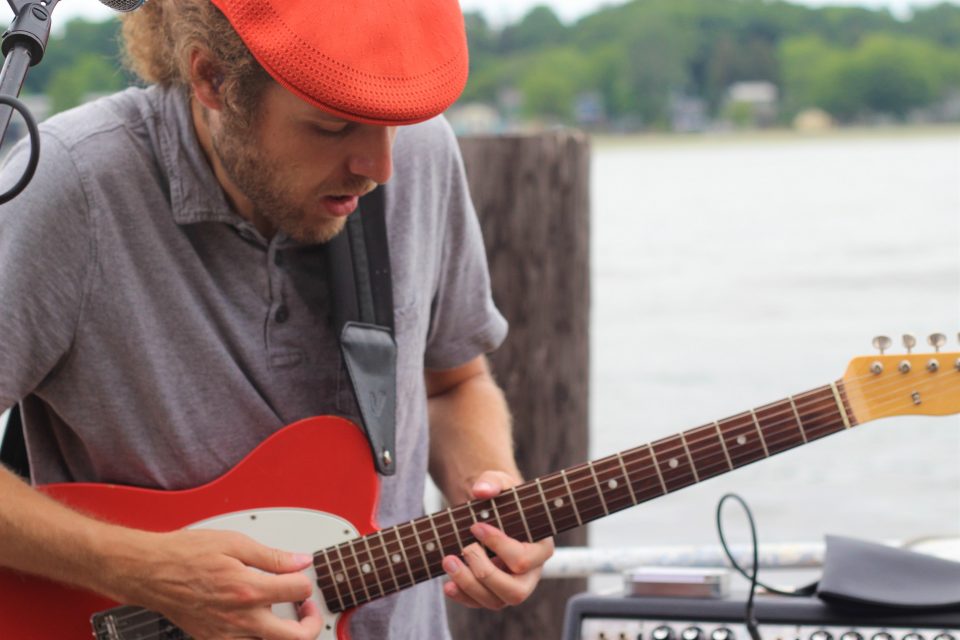 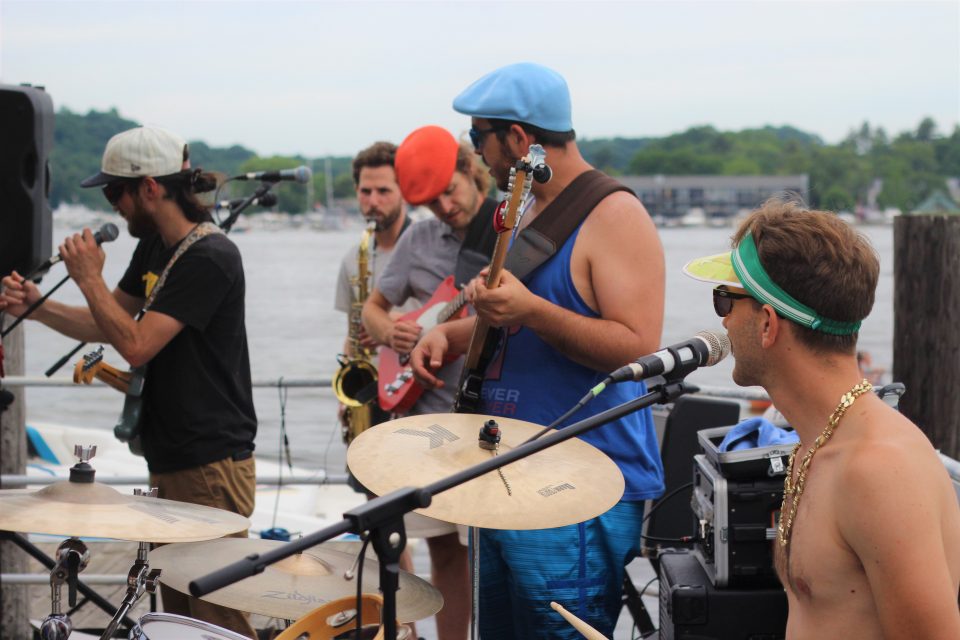 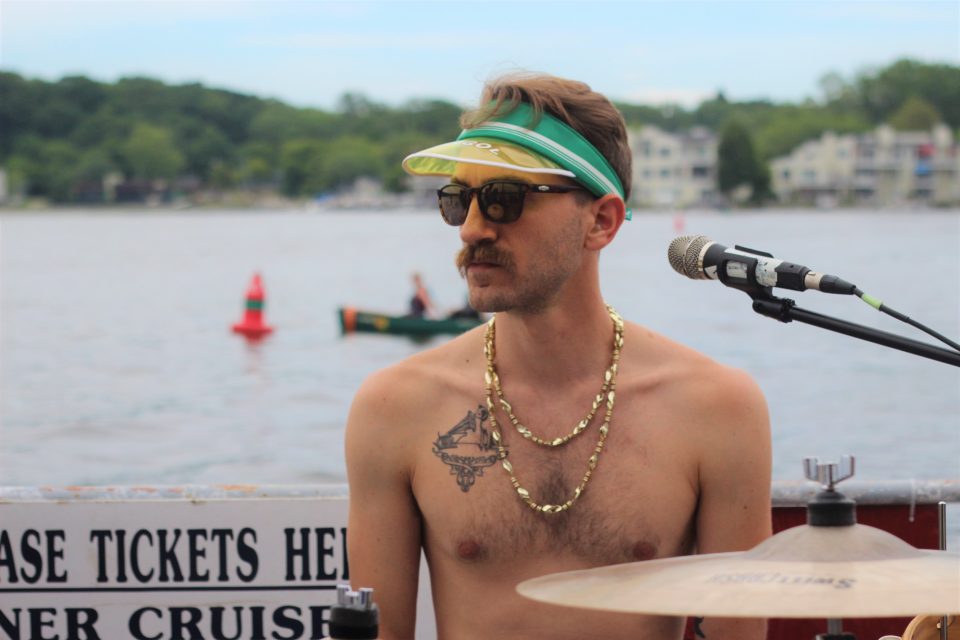 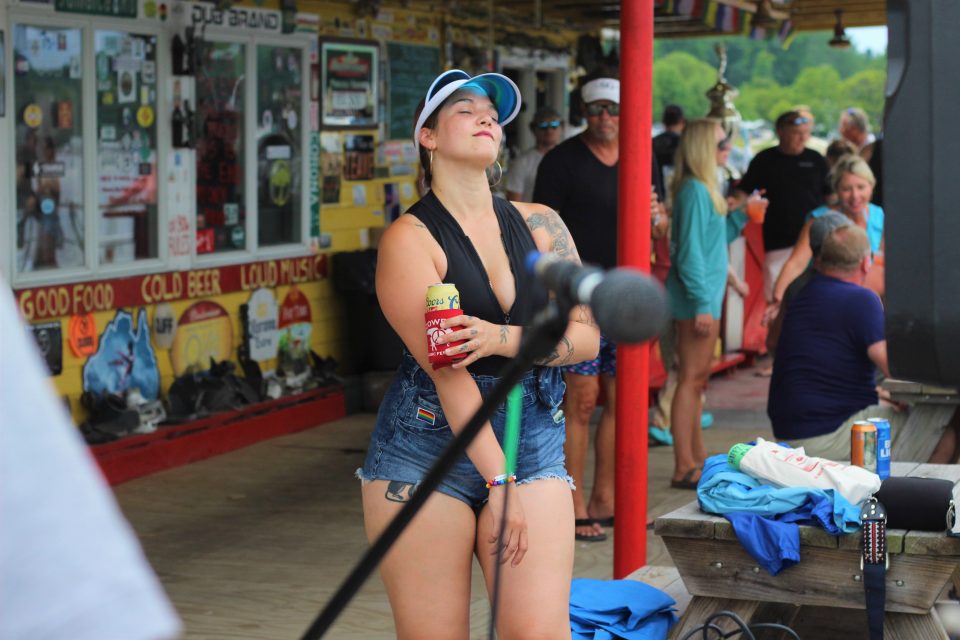 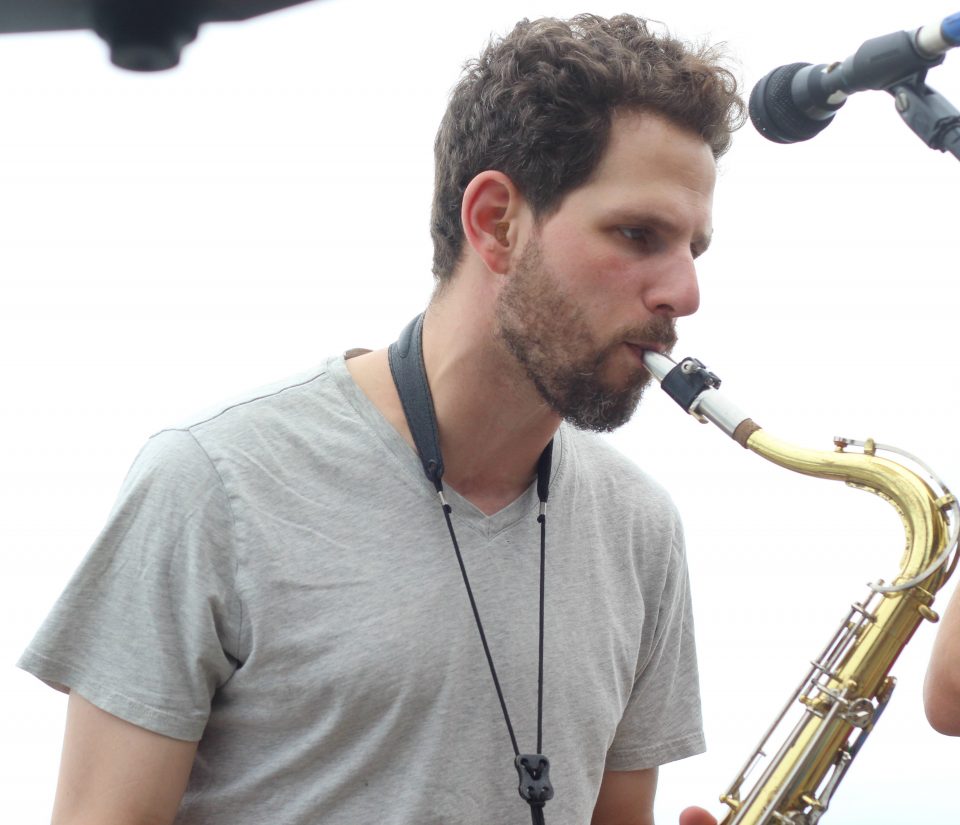 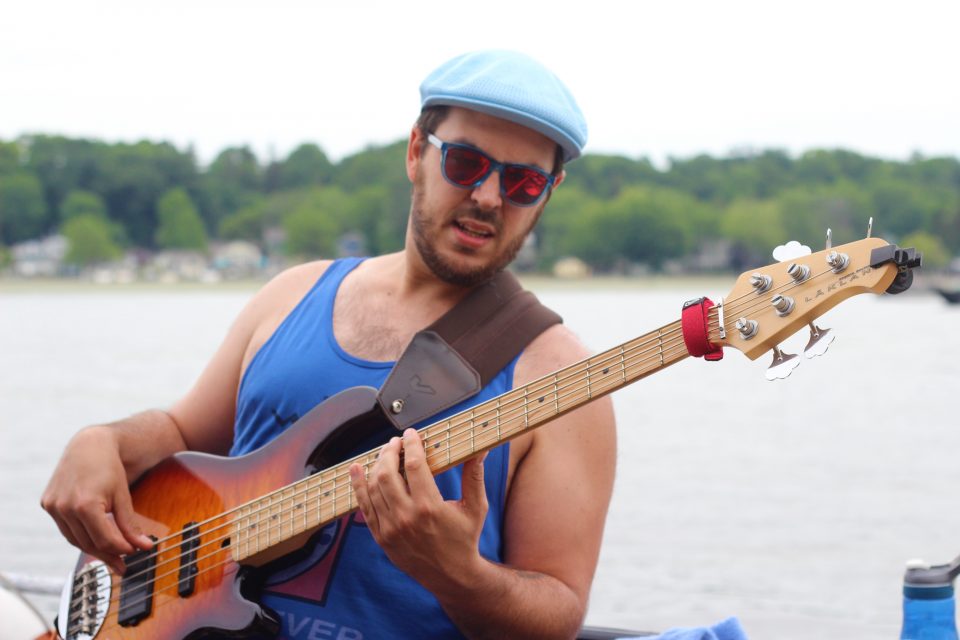 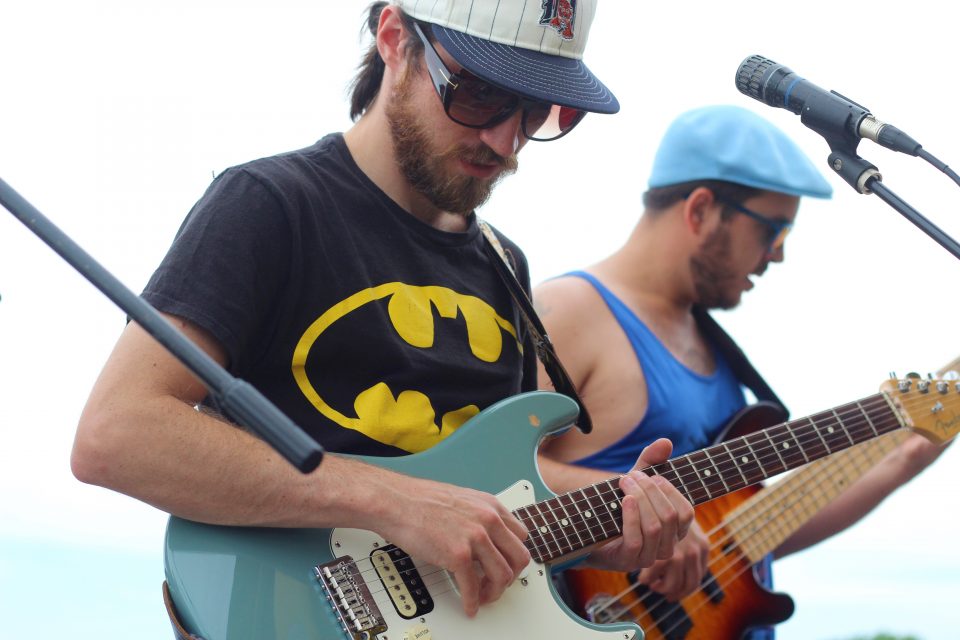 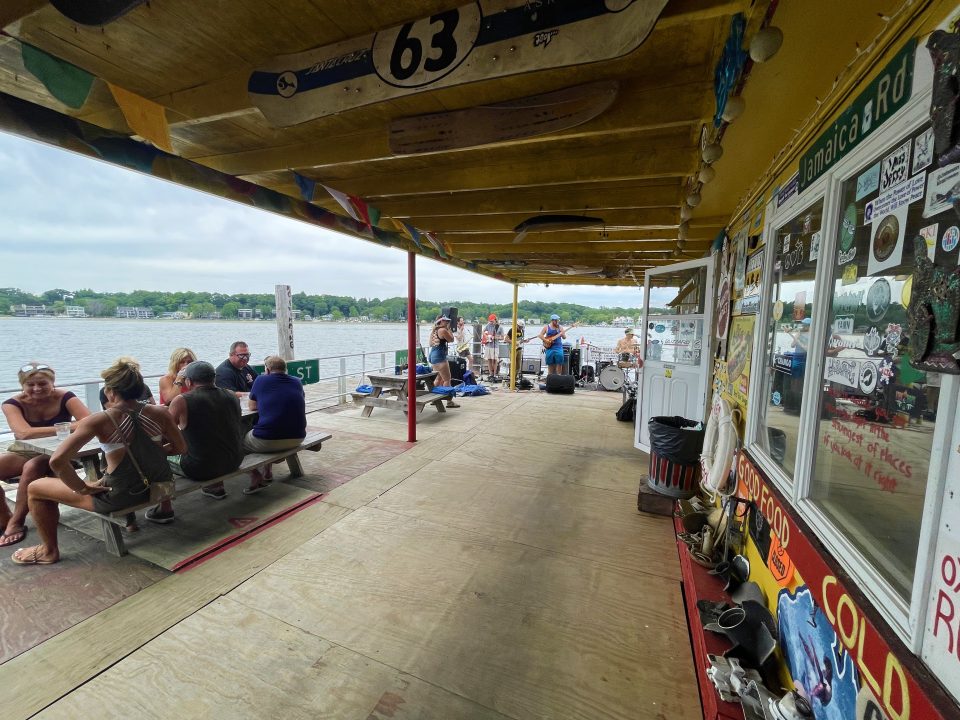 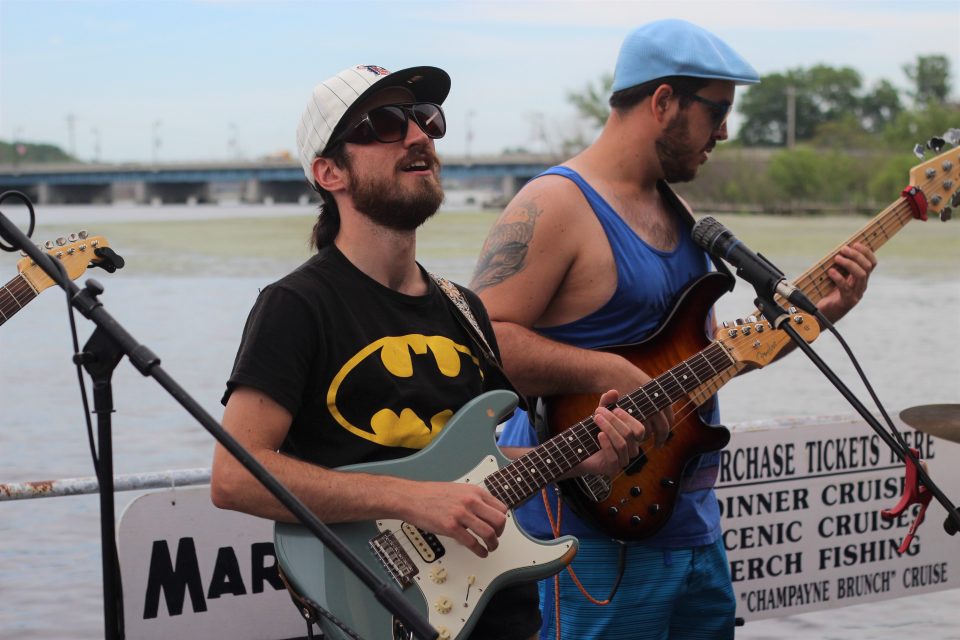 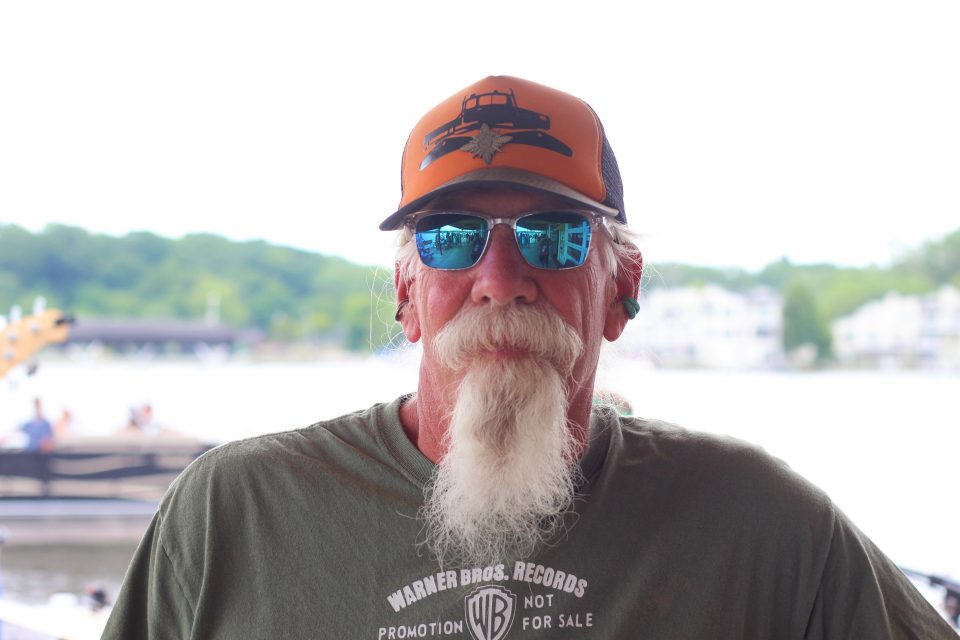 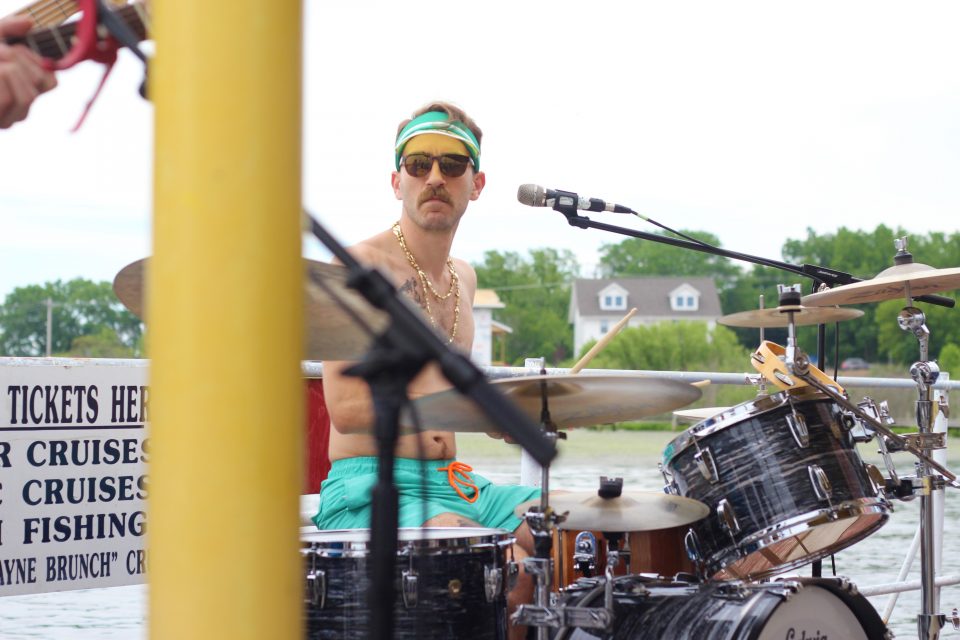 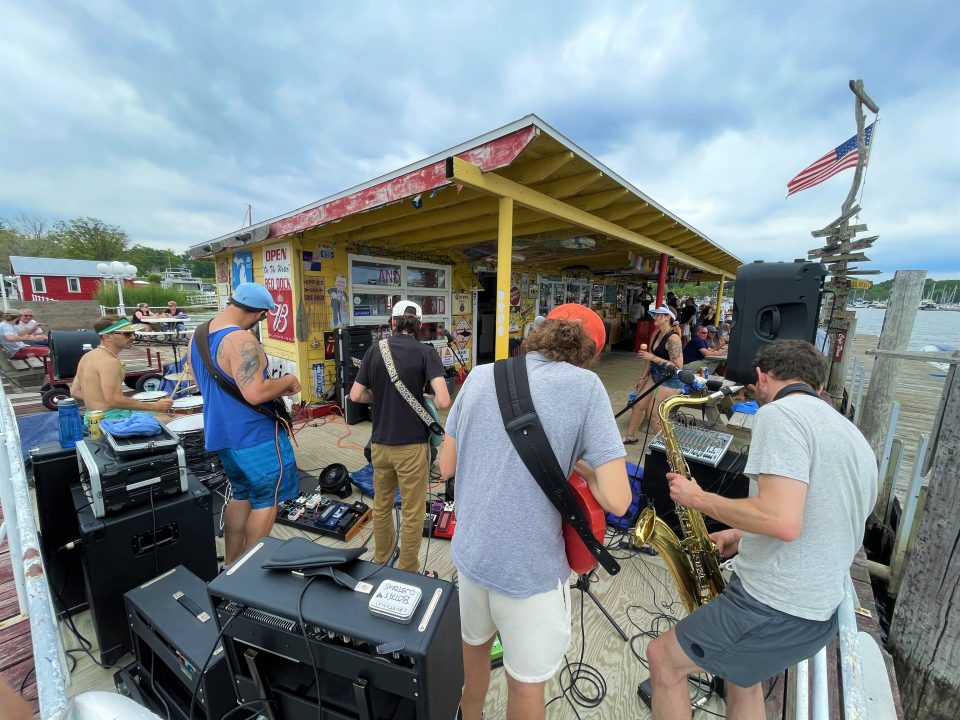