Allison was this week’s guest for Local Spins on WYCE, which also debuted music by Silent Spirit, Andy Baker, The Accidentals, Martyr for Madison, The Ryne Experience and more. 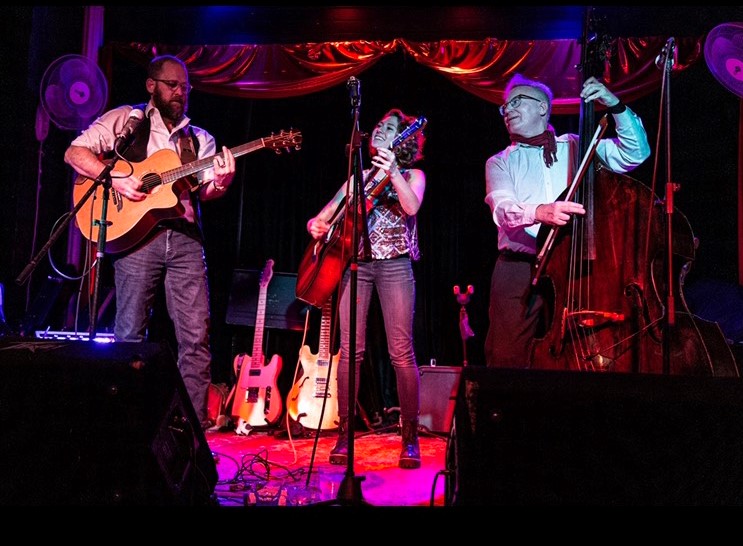 Eager to Get Back on Stage: The Celeste Allison Trio (Courtesy Photo/Catalina Gonzalez)

Celeste Allison grew up with “a lot of music blasting through the house,” much of it jazz, opera and orchestra music.

But in recent years, the Kalamazoo guitarist and singer has been most mesmerized by the songs of two late icons: Amy Winehouse and Jeff Buckley, who Allison says perfectly represent her love of lyrics and vocals.

“If there is a god, jeff Buckley is my god,” she said. “I love him and his music. … I’ve had a four-year-long thing with Jeff Buckley on repeat.” 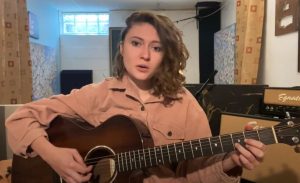 Allison also has honed her own singing and songwriting skills during those years, collaborating with fellow songwriter/guitarist Adam Main and bassist Anders Dahlberg in the jazzy, indie-folk and indie-pop group The Celeste Allison Trio.

“It’s a softer-sounding album which is kind of nice,” Allison said. “I hope it’s relaxing during this time.”

Allison gave a pair of songs from that new EP a “softer” treatment for this week’s edition of Local Spins on WYCE, performing solo acoustic renditions of the title track and “Jaws of Life.” Scroll down to listen to those songs via the full radio show podcast below. And watch the band’s video for “Heaven’s Perfume” here.

Focusing primarily on relationships and “overcoming obstacles,” the new EP – which Allison says represents a 50-50 split in songwriting duties with Main – was released this spring just as venues across the state were being shut down due to the coronavirus pandemic.

It meant cancellation of shows for the trio, though they plan a live-stream at noon May 28 as part of the “Relax at Home” series hosted by Downtown Grand Rapids Inc. (in lieu of its “Relax at Rosa” downtown series going on hiatus due to COVID-19).

“It’s a bummer but it’s good to be safe so we can do this eventually again,” said Allison, who took up playing guitar at age 14 after starting on drums.

“After this whole pandemic, I just want to play a lot of shows. I love performing and definitely (see us) expanding to the Grand Rapids area. … We’re just in it for the long run.”

This week’s episode of Local Spins on WYCE – which showcases Michigan music at 11 a.m. Friday on WYCE (88.1 FM) – also featured the on-air debut of new regional tracks by Andy Baker, Silent Spirit, The Accidentals (this week’s musician’s pick by Allison), The Ryne Experience, Martyr for Madison and The American Hotel System, as well as tracks from May Erlewine, Laith Al-Saadi and Anna Burch.