With the iconic one-time lead singer for prog-rock’s Yes slated to play Grand Rapids’ 20 Monroe Live on Thursday, Local Spins interviewed Jon Anderson about his tour and hopes for one last Yes record. 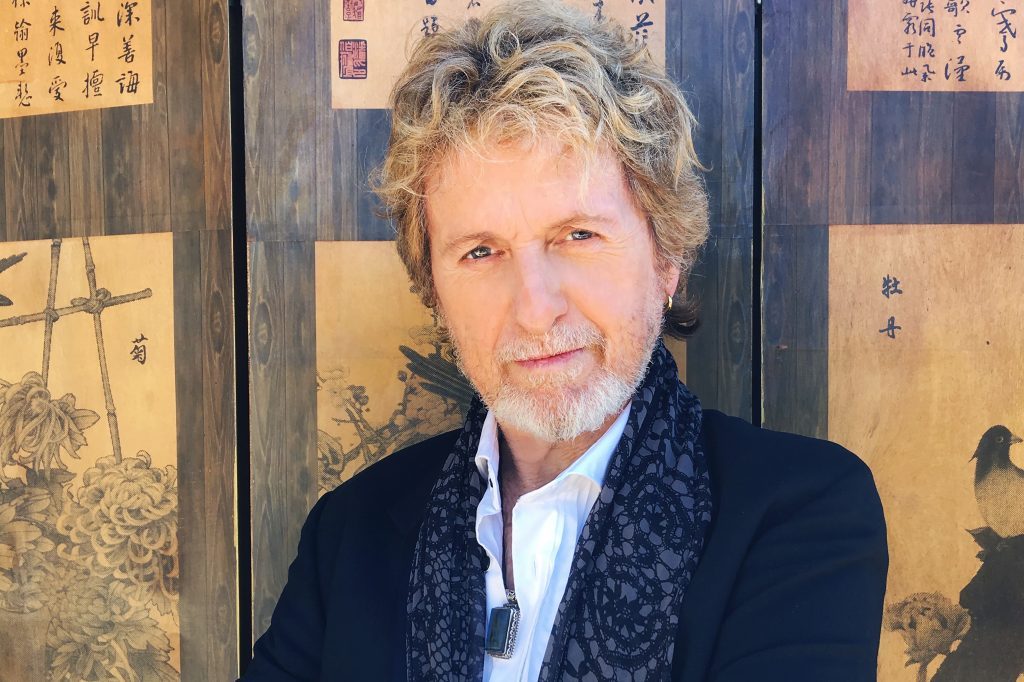 SCROLL DOWN FOR NEW VIDEOS

The voice of Jon Anderson is unique.

His high, piping countertenor rode above the swirling keyboards of Rick Wakeman, Steve Howe’s stinging guitar, and the rhythms of Chris Squire and Alan White/Bill Bruford in Yes tunes like “Roundabout” and “Siberian Khatru.”

Or the ’80s version with Trevor Rabin, which produced the band’s biggest hit, “Owner of a Lonely Heart.”

For many fans, there is no Yes without Anderson.

But that’s not been the case since 2008, when he begged off due to illness and the band began touring and recording with Benoit David on lead vocals, then transitioning to Jon Davison.

After he recovered, Anderson released solo material while also working with Wakeman, jazz violinist Jean-Luc Ponty and Roine Stolt of the Flower Kings. The Yes brand reappeared when he began working with Wakeman and Rabin; the trio enjoyed a three-year run from 2016 to 2018, with tours and a live album. 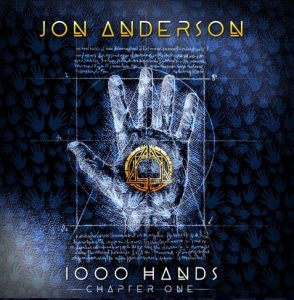 The new recording’s roots go back to Yes, but it also includes contributions from many others: jazz icons Chick Corea, Larry Coryell and Ponty, Jethro Tull stalwart Ian Anderson, Jonathan Cain of Journey, the Tower of Power horns and more.

Anderson’s former Yes compatriots White and the late Chris Squire are the backbone of some tracks.

“I started the album 30 years ago. It started with Brian Chatton, the keyboard player in the Warriors (Anderson’s pre-Yes band in the 60s). We kept in touch. I called and said, ‘I’m in Big Bear (California).’ We wrote some songs, then I took the tapes to L.A. where Chris and Alan did some work for the princely sum of $1,000. We got stoned, had a great time.”

The unfinished tapes were set aside as the band prepared for a tour, and sat unused for years. Anderson then got a call from another friend, keyboard player and producer Michael Franklin. “He said, ‘Have you got those tapes?’ They actually sounded really good,” Anderson recalled.

So, they connected in Orlando, where Franklin lived, and he proceeded to finish them, inviting a number of people to contribute. Some were suggestions from Anderson, others from Franklin. “Chick Corea, Todd Rundren, Jean-Luc Ponty, Billy Cobham,” said Anderson almost wonderingly.

The album crosses a lot of musical territory.

Guitarists Howe, Steve Morse, Rick Derringer and others are on board. Violin from Ponty, Robby Steinhardt (Kansas), Jerry Goodman (Mahavishnu Orchestra) and others sits alongside accordion, keyboards and flute. Choirs, steel drums and four(!) different ukulele players are all part of the mix. Soaring above it all is Anderson.

Perhaps the most intriguing contributions on the album are from Steve Howe, Anderson’s longtime writing partner in Yes, with whom he’d been estranged since the band replaced him.

“I got Steve on the last track,” Anderson said. A reprise and expansion of the album’s opening track, “Now and Again” features a classic Howe performance.

Anderson went further in explaining it in an interview with Rolling Stone. “I just called him up and he said he’d love to play on it,” he told the magazine. “It felt really comfortable and cathartic to do that. We’re brothers. Sometimes you don’t understand or misunderstand your brother and want to do different things. I think that is called a family.”

So whither Anderson and Yes?

The version with Rabin and Wakeman seems to have come to a close, at least for now, despite years of teasers about new music. “My idea was to work with other people. At the time Rick and Trevor had other ideas. Trevor was happy with his film scores and Rick with his stand-up shows. It’ll happen when it happens.”

As for working with Howe’s band, Anderson sounds open to the idea. He’s said he would like to make one final, definitive recording with Yes, whoever happens to be a part of it. He’s even written several songs that he believes would be perfect for that ultimate Yes album.

“We’ve not gotten to do that last classic Yes album,” he said.

Asked how he writes music, Anderson said he just simply sings what’s in his head. “I get up every morning with that intent. It’s very spontaneous. I hit record, sing, then listen to what I’m trying to say.”

In the ’70s, the band’s mystical soundscapes were as much obscured as informed by Anderson’s cosmic lyrics. He has said they often came about as much for their sound and texture as for the actual words.

“In the ’70s I used the sound of words (as part of the music). ‘Starship Trooper’ – what the hell is that?” he said with a laugh. “It was my higher self singing to me.”

While he hopes to reconnect with Yes in some potential future, at this time Anderson says he is delighted to be touring with his current band. Album producer Franklin is serving as keyboardist and musical director, while Franklin’s brother Tim is playing bass, as he did on much of the album. The group also includes drums, percussion, violin, an additional keyboardist who doubles on trombone, and a woodwind player.

The set lists consists of about one-third tunes from the new album, one third from Anderson’s other efforts, and one-third Yes classics.