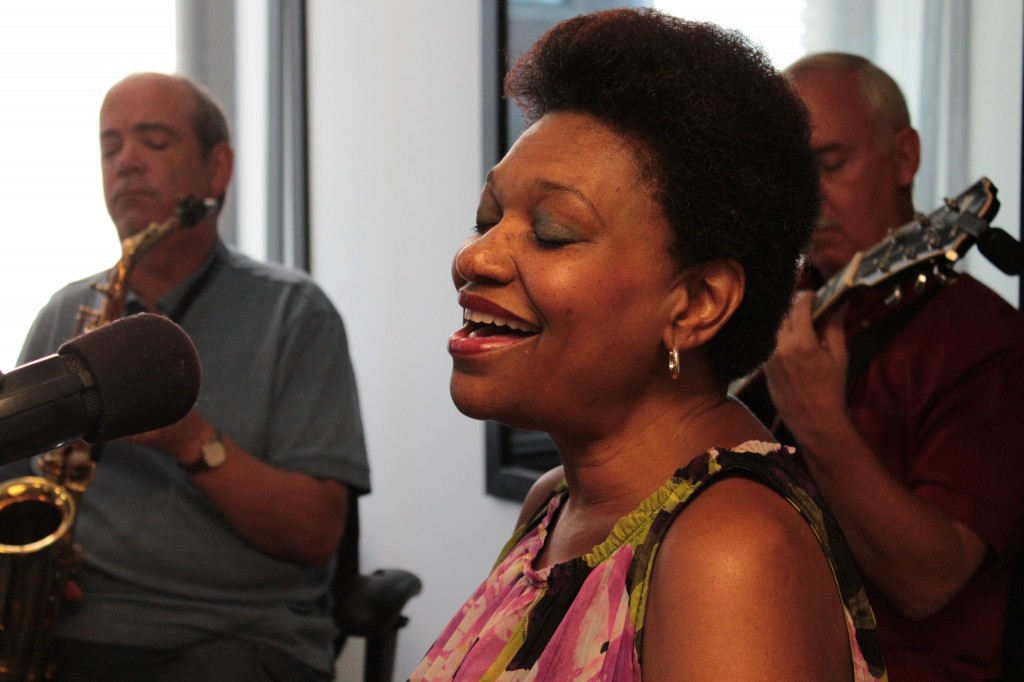 Grand Rapids jazz singer Edye Evans Hyde’s love for her craft is irrepressible – so much so, that even brain surgery last year didn’t silence her for long.

“I sang right when I got out of surgery,” Hyde says of the operation that removed a benign brain tumor that had grown for six years before it was discovered. 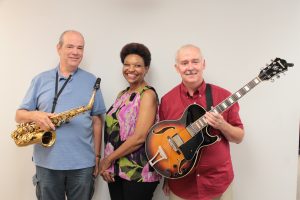 After undergoing surgery in March 2013, Hyde went through therapy in April and performed her first gig in May. “I have a little problem with walking,” she says, with an air of confidence, “but we will get through that eventually as well.”

Since then, the gregarious, multi-talented vocalist has continued to perform regularly – from singing big band favorites with the Grand Rapids Jazz Orchestra to fronting smaller ensembles with her husband, guitarist Michael Hyde, to joining Grand Rapids hip hop artist Rick Chyme on stage.

“I just love that feeling of being back doing something with the young folk,” Hyde jokes of playing with Chime, “which they still let me do.”

Not only that, but Hyde also recently launched the new Ebony Road Players theater company, a black theater arts and education program in Grand Rapids, a project which occupies much of her time. (That new theater program will be the beneficiary of the first show in the Live at Wealthy concert series on Sept. 8 at Wealthy Theatre with Ali Farka Toure. Get details and tickets online here.)

And she continues to teach jazz and contemporary music classes at Hope College, as well as directing the Hope College Gospel Choir.

At 12:30 p.m. Saturday, she’ll help kick off the third annual GRandJazzFest with the Grand Rapids Jazz Orchestra on Rosa Parks Circle in downtown Grand Rapids. (Read more about the free festival and download a full schedule of performances in this Local Spins story.)

Earlier this week, the singer and her husband were joined by saxophonist and Grand Rapids Jazz Orchestra co-leader Bob Nixon in the studios of News Talk 1340 AM (WJRW) to perform a rendition of “Take Me To the Moon” on Local Spins Live. Listen to the show podcast here and watch a video of their exclusive in-studio performance below. 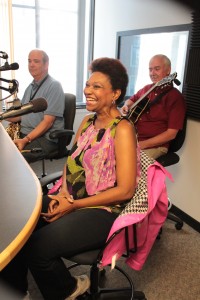 Hyde’s rise to her stature as one of West Michigan’s most respected jazz vocalists – a singer who won jazz album of the year honors for her “Magic In His Eyes” album at the 2013 WYCE Jammie Awards – actually has fairly humble beginning that reach back more than 30 years when she met her husband, Michael, at Grand Rapids Junior College.

“It was a match made in heaven,” she concedes. They both ended up attending Aquinas College, eventually playing in a couple of rock cover bands together, Nightflight and Edye Evans & Friends.

But Hyde also performed with big bands at Grand Rapids Junior College and Aquinas, and always felt the influence of such iconic singers such as Ella Fitzgerald, Sarah Vaughan and Dee Dee Bridgewater. She even spent time in Los Angeles, working at a club that required its singers to scat and having to learn that skill on the fly.

“I just listened to people and learned things,” she says. “It just comes with age and time and maturity. … I draw a lot of inspiration from a lot of people.”

She also inspires a lot of younger musicians herself, including her drummer son, Evan, a multi-talented jazz player who’s currently seeking his master’s degree at the University of Miami and who’s performed with his parents since he was a teenager.

“In any art form … you need to be able to go out and reach out to students and do an education thing to keep the art alive because we’re not all going to be here forever,” Hyde reasons.

Part of keeping that art alive, she says, is connecting with audiences at events such as this weekend’s GRandJazzFest which has grown every year since it began in 2012.

“It is just fun,” she says. “The vibe for me was the diversity of people that are there. People are very excited about the fact that Grand Rapids has a jazz festival in general.”

Learn more about Hyde and links to purchasing her music at her website or her Facebook page.