With headliners Rick Braun and Alexander Zonjic, plus local jazz favorites, the free third year festival aims to makes its biggest splash yet this weekend. Check out the downloadable schedule. 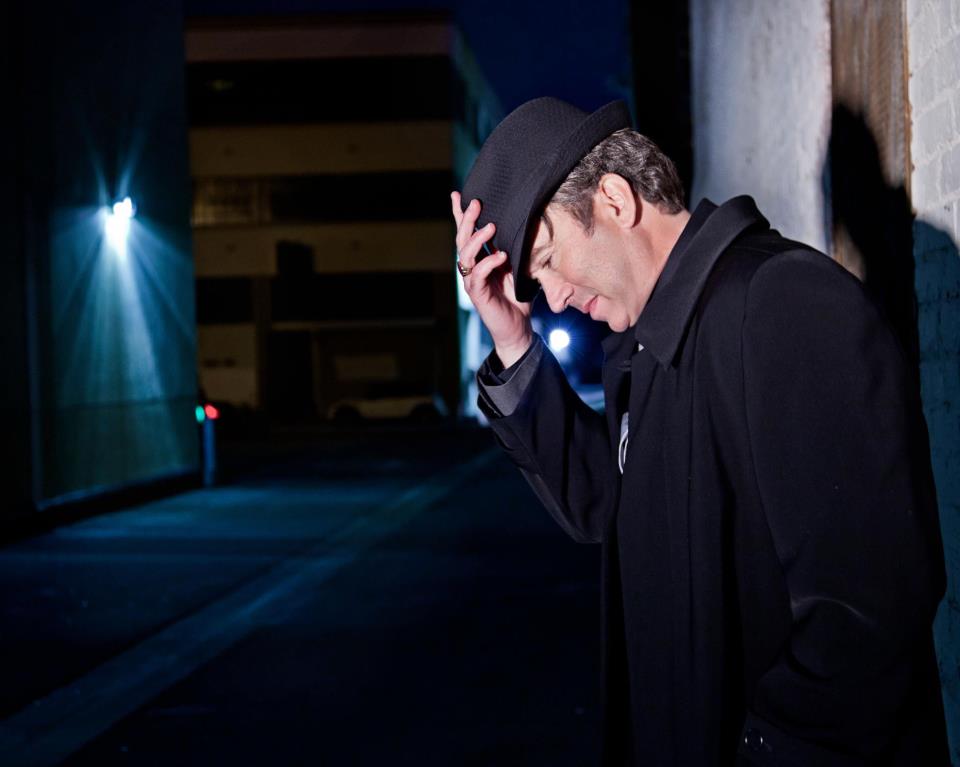 Perhaps the third time really is the charm.

GRandJazzFest returns to Grand Rapids this weekend for its third year in a row – a two-day celebration of jazz aiming to fill Rosa Parks Circle downtown with an event that highlights local up-and-comers and legends alike. 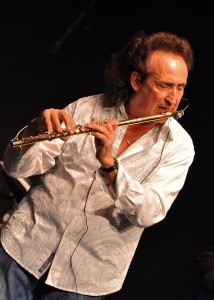 After expanding from a single evening of music at the inaugural GRandJazzFest in 2012 to two full days in 2013, the turnout shot up from 4,000 to an estimated 10,000. Organizers expect to top the previous year’s number yet again, especially because the event will remain entirely free to all attendees.

Of course, sandwiched between the big-name performers is the true focus of the annual jazz showcase: local and regional acts. 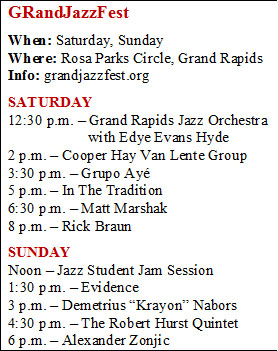 Just as in previous years, the Grand Rapids Jazz Orchestra with singer Edye Evans Hyde will open the event on Saturday, followed then by a handful of Michigan-based artists including West Michigan’s Cooper, Hay, Van Lente Group and returning performer from 2012’s festival, Grupo Ayé, along with Detroit’s Afro-bop ensemble, In The Tradition. Sunday’s visitors can catch Grand Rapids’ own Evidence jazz group as well as Detroit-based pianist Demetrius “Krayon” Nabors.

On top of highlighting Michigan’s finest, the lineup also incorporates sub-genres and sounds from all over the jazz spectrum.

“One of our goals is to offer a wide range of jazz styles: Something for everyone that they’re familiar with and new genres to experience,” said Audrey Sundstrom, founder of GRandJazzFest. “We also aim to inspire as well as entertain a diverse demographic that’s representative of our community.”

Part of the demographic that Sundstrom looks to inspire is made up of students from the area, such as Andrew Groenleer, a sophomore at Michigan Tech University. Groenleer plays bass for the Steven Van Loozenoord Band, which will be featured in this year’s GRandJazzFest’s Jazz Student Jam Session at noon on Sunday.

“The GRandJazzFest is a very good chance for local artists to get exposure and for new audiences to come and hear what they have to offer,” Groenleer explained.

Groenleer will be performing with many of the same students this year that he shared the stage with at last year’s festival. 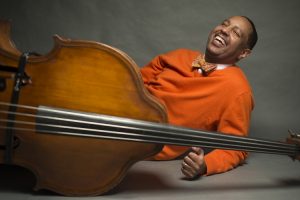 “The listeners are just as important as the performers, and getting new people interested and passionate about jazz is a big part of what the festival is about. The fest has a lot of room to expand and I can see it doing do in the coming years; opening up new stages and bringing more artists in.”

Many of the jazz musicians in Grand Rapids have been incredibly important instructors, said Groenleer, who noted that he still learns from them just by listening to their live sets.

“I will definitely attend Robert Hurst’s set as well as the Grand Rapids Jazz Orchestra,” he said. “Robert Hurst is a phenomenal bassist whose playing got me interested in jazz many years ago at the University of Michigan when he did a concert with Christian McBride.

“The GRJO is full of musicians I have played with at some point along the way as well as learned from. Quite a few of them have been and are still incredibly influential teachers to me and countless other students in West Michigan.”