The unique new music venue is part of the $180 million theatre/retail project opening south of Van Andel Arena in 2019. Mathews will lead the venture, stepping down as WYCE manager late this summer. 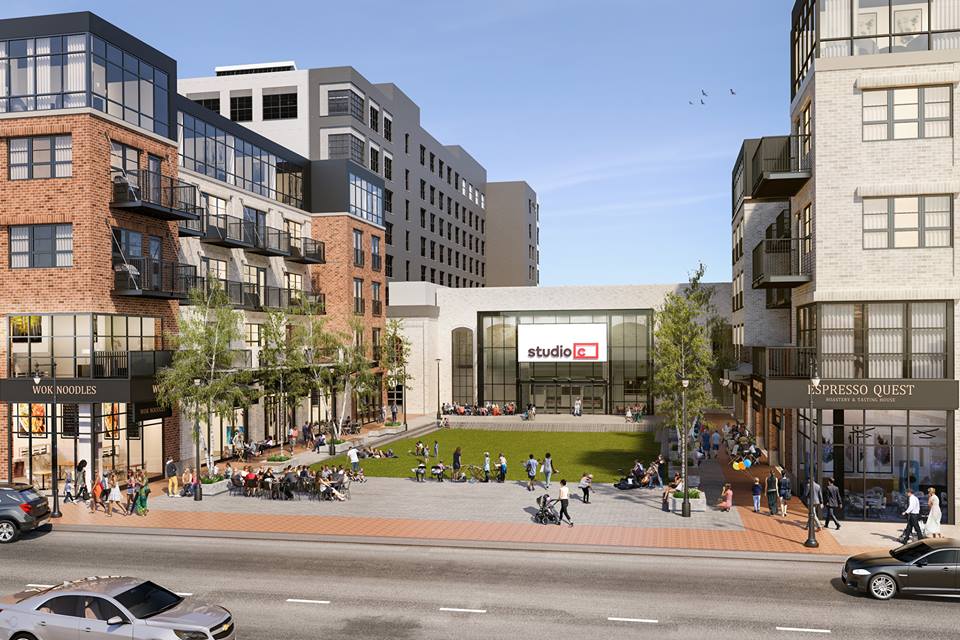 The new Studio Park theatre, retail and housing complex in downtown Grand Rapids will boast a one-of-a-kind, 200-seat listening room spearheaded by Quinn Mathews, who will leave his post as WYCE station manager later this summer to run the new venture. 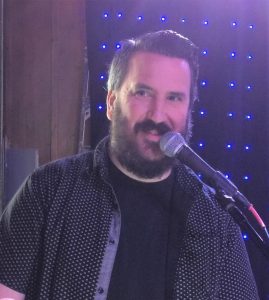 Touted as a premier, acoustically pleasing venue for national touring artists as well as local performers, the Studio C Listening Room will form a key component of the $180 million project south of Van Andel Arena that’s set to open in September 2019.

Mathews called it a unique new concert space that will further “showcase the art of music to our community and visitors to our city,” which is fast becoming a music mecca.

“The Studio C Listening Room is being created for a listening experience combined with a bar-restaurant feel,” said Mathews, who will step down after two years as station manager for community radio’s WYCE at the end of August to plan, direct and book the new venue.

“We plan to work very closely with local and regional acts and some national acts coming through between Detroit and Chicago. Some national acts may play multiple shows on multiple nights. … I envision local CD-release shows, jazz brunches, comedy showcases and everything in between. … There isn’t anything like this in Grand Rapids.”

“This is the way I want to see music live,” said Loeks, who professes a love for singer-songwriters performing in acoustically engaging settings. “Arena shows have their place but I prefer not to be fighting crowds. … There’s not a venue (in Grand Rapids) doing exactly what I’m interested in seeing. We’ve found unanimous enthusiasm for the idea.”

Aiming for “a jazz club feel,” the new venue will be located adjacent to Studio C’s nine-screen theatre complex and atop a planned new restaurant, with a hotel directly above. (The Studio C project also will include 106 apartments, 16,000 square feet of retail space and a new parking ramp.) Seating types and elevations will vary inside the 4,000-square-foot listening room, which will also feature a bar.

J.D. Loeks said he views Mathews as “a triple-threat guy” and “the perfect fit” to lead and curate the listening room because of his experience as a touring musician with the Channing & Quinn indie-folk duo, his leadership at community radio station WYCE and his enthusiasm and familiarity with West Michigan’s music scene.

Mathews, who also hosts the weekly “GR Live” lunchtime show at The B.O.B., said it was a difficult decision to leave WYCE after serving as station manager since August 2016, when he succeeded AJ Paschka in the position. But he conceded he’s also thrilled about the opportunity “to help curate a new live music venue to continue artistic expression” in Grand Rapids.

“We’ve got to keep the momentum of the arts moving along here in our community,” said Mathews, acknowledging that he’s never experienced anything like the wave of support he’s received in the music community since moving here from Nashville four years ago with his wife, Channing Lee.

Mathews, who hopes to stay at the radio station long enough to ease the transition to new leadership, insisted that WYCE is “a true community organization” operated by a dedicated staff and army of volunteers who always ensure that the organization survives and thrives through changes at the top. 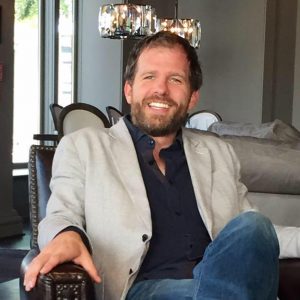 “This job is about people,” he said. “As station manager, I have met and worked with more people from all walks of life than I have probably ever worked with and maybe ever will – all ages, genders, performers, businesses, nonprofits, everyone.”

In his new role at Studio C, Mathews will spend several months working alongside architects, acoustical engineers, sound and interior designers and others “to make this a comfortable, exciting and incredible sounding room to take in the art of music.”

In terms of acoustics in the $1 million listening room project, J.D. Loeks said developers want “to make sure it’s dialed in and that music sounds as it should, free from disruptions. It will be a very different experience.” The size of the room falls in between a venue such as Spring Lake’s acoustically pristine Seven Steps Up and Ann Arbor’s The Ark.

Mathews envisions a vibrant mix of performances and genres, hosting several shows a week with varying ticket prices depending on the artist and the event. National touring artists could be offered the convenience of staying in the on-site hotel, with the possibility of performing two shows – early and late – on a single night, and possibly even on multiple nights.

The listening room, J.D. Loeks said, is another step in building Grand Rapids’ music scene and “creating experiences” for the community. The venue aims to fill “a bit of a gap” in the music scene, he added, by giving concertgoers “a really amazing experience” in a comfortable setting.