Following a successful first season, the Tri-Cities Historical Museum will once host another series of concerts in its Centennial Room featuring stars from across the region. See the full schedule. 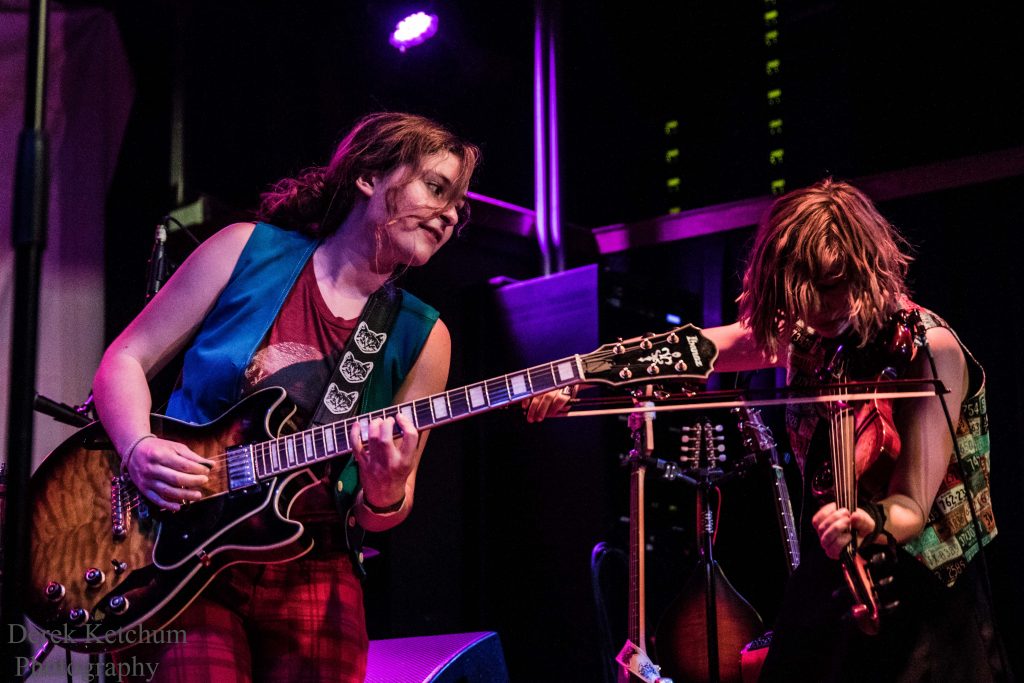 Kicking Thing Off: The Accidentals heat up Music at the Museum in December. (Photo/Derek Ketchum)

It all started in a little red house.

Locally organized concerts have helped put Grand Haven on the musical map, thanks in large part to the Red House Concert Series and the wildly successful first season of Music at the Museum, held at the Tri-Cities Historical Museum in downtown Grand Haven. 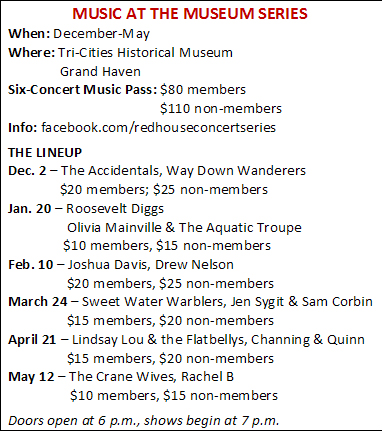 Now the museum staff, together with the organizers of the Music at the Museum series, are ready to play the second verse of this hit song they have written together with announcement of another edition of the popular concert series.

Kicking off on Dec. 2 with The Accidentals and The Way Down Wanderers, the 2016-17 season will feature a wide variety of performers from all over West Michigan and beyond. The second season boasts local favorites and nationally renowned names, including Joshua Davis, The Crane Wives, Sweet Water Warblers, Lindsay Lou & The Flatbellys and more.

And for the first time, a series music pass will be available for purchase so that fans can attend all six concert shows at a discounted price.

When Marianne Fischer and Jack Clark first contacted the Tri-Cities Historical Museum almost two years ago, they were hesitant about the idea of throwing concerts in the upstairs hall, The Centennial Room. But it’s proven to be a boon for all involved.

“It has been a great collaboration for everyone – for all of us,” said Marianne Fischer, founder and promoter at the Red House Concert Series.

Fischer began her role in local music promotion back in 2007, after West Michigan singer-songwriter Brian Vander Ark of The Verve Pipe fame announced he would be open to booking and playing shows in much more personal settings – in fans’ living rooms, for their family and friends. In the end, Fischer volunteered to host one of the shows in her own Grand Haven home. 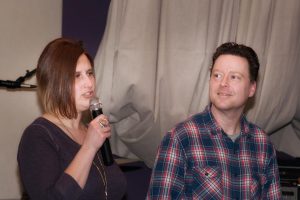 During the show, she and her guests had such a powerful experience enjoying the music, she felt compelled to volunteer again … and again. Soon, she was hooked, and began to welcome other performers into her home for something she dubbed the Red House Concert Series, with some shows in the backyard and others – limited to 20 guests – in the living room.

The series grew in popularity, largely thanks to word-of-mouth praise. With about 40 concerts held so far, the shows have welcomed local performers as well as musical guests from far away.

“The living room ones are my favorite,” she said. “You don’t get to experience music like that. After each show, I’m ecstatic. I can’t wait to do another show again.”

Clark agreed, saying the intimate home venue is a rare treat for performers as well as fans.

“It is an example of pure music, for music’s sake,” he said. “The artists love to talk to the fans, one-on-one, and discuss their music with the fans.”

OPENING THE SHOWS ‘UP TO EVERYONE’ AT THE MUSEUM


But Fischer saw the potential for expansion, noting she “wanted to open these shows up to everyone. I had been in the Centennial Room of the Tri-Cities Historical Museum once before for an event, and I thought right away that this would be perfect for a concert.” 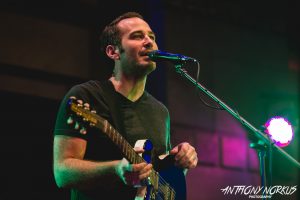 Tri-Cities Historical Museum membership coordinator Abbei Monroe agreed and the rest, as they say, is history, with show after show selling out to enthused fans.

“We needed to appeal to people, draw a crowd, and also show our museum in a new light,” Monroe said. “We wanted to offer something new.”

The Tri-Cities Historical Museum sits in the middle of downtown Grand Haven, and has played a vital role in the community for more than 50 years. The museum works to enhance cultural tourism and promotes historical education.

There was also a desire provide Grand Haven residents with something fun and new to do during the winter months. “Once the snow falls, it quickly becomes a local town,” Monroe said. “We wanted to cater to the local folks around here – who support us year-round – and give them a good time.”

Clark, now serving as co-promoter with the Red House Concert Series, said he has had strangers approach him from across Michigan – Holland, Ann Arbor, and even the Buttermilk Jamboree in Delton – to compliment organizers for the successful concert series which has not only raised some money for museum programming but also helped the institution add more than 50 members to its ranks. 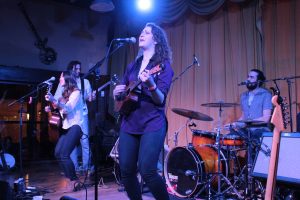 “We are booking our artists with our Grand Haven fans in mind, but there’s no reason this can’t be a destination for people all over the area,” Clark said. “I can see some fans doing that, traveling to our show from far away. It can sometimes be like pulling teeth to get people to travel for music… but if the experience is enjoyable and memorable, it will be well worth it.”

“I’m excited to see the response from the community,” he added. “We went all-out – brought in the best of the best. We are upping our game. Seeing how it all pans out is going to be exciting.”

Added Fischer: “It’s a great experience for everyone. That’s really where my passion comes from – fostering an environment where that can happen. I think when the musicians are as excited as you at the end of the night, it’s all about that good feeling. … It’s so fulfilling to be a part of that.”