With a muscular new album, “The Grind,” being released this week, the award-winning West Michigan singer-songwriter talks about his evolving musical approach and being true to his vision. 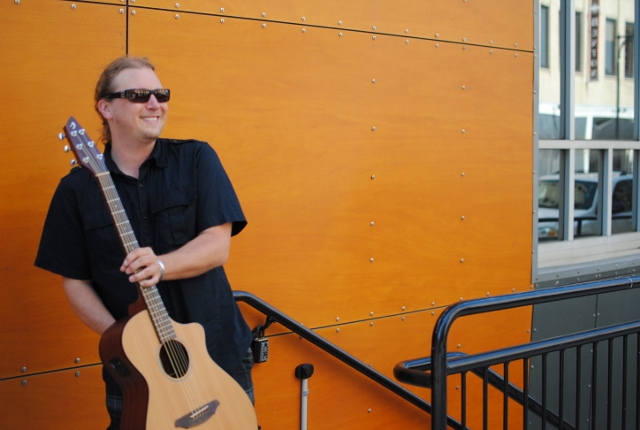 Vincent Hayes has a lot to say about the state of the world, which gives the genre-spanning material on his new studio album rare power and a gritty honesty.

The award-winning Grand Haven singer and guitarist who grew up in Muskegon says he wanted to make sure the songs on “The Grind” were heartfelt – not to mention “dark, murky and lot more honest” – with themes that resonate with those making their way through life’s daily travails. 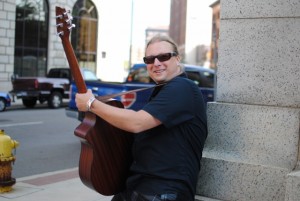 “My first goal was to put something out that I felt was a sincere effort, that wasn’t contrived. I’m trying to get away from just creating what may be expected,” Hayes offers.

“You put music out there like you put a painting out there or any other piece of creative work. You never know how people will accept it, but if you don’t keep it true to your vision … then you’ve got to live with that later on.”

A BRIDGE TO THE NEXT MUSICAL LEVEL

Recorded at Grand Haven’s Redwall North studios – spearheaded by producer Bill Chrysler, with an assist from Joe Sturgill and Hayes himself – Hayes’ follow-up to his much-praised 2010 blues-hued debut, “Reclamation,” was released this week, with high hopes it might make a splash nationally as well as in West Michigan.

On Wednesday, Hayes stopped by the studios of News Talk 1340 AM (WJRW) to talk about the new recording on Local Spins Live and perform an acoustic rendition of one of the album’s tracks, “Things That Get Me By.” Take a gander at the performance below, with a podcast of the show here.

For Hayes, the album represents the evolution of his musical approach, finding favor not just as a blues guitarist, but as a “roots rock singer-songwriter with blues guitar skills,” a great band and well-crafted songs.

Hayes, who fronted long-standing Sunday night blues sessions at Grand Haven’s Dee-Lite Bar & Grill until they ended earlier this year, says he and his production team spent months in the Grand Haven studio, honing songs and “just getting the right guitar sounds for each track.” 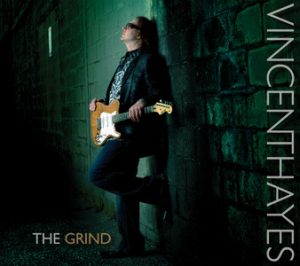 “I think of this album as a little bit more of a bridge to where I’m going,” he says. “There was a lot more blues and soul stuff going on in ‘Reclamation,’ which is how we’ve been playing as a band, and the audience that we had attracted along the way was a very blues-based audience.

“Hopefully, what will happen here is people will accept that we’re starting to expand the sound and reach out there for other types of vibes.” Those vibes include funk, rock and even folk-infused balladry.

That shouldn’t be a surprise, considering Hayes’ diverse musical background. Tutored by a father who turned him onto Chess Records artists at a young age, he also embraced the music of The Beatles, Bob Dylan, Chuck Berry, The Ventures, Marvin Gaye, AC/DC, Bob Marley, Prince, Led Zeppelin and more.

A Muskegon native, Hayes says his mom jokes that “I was born pretty much with a guitar in my lap,” though he acknowledges he was actually 7 years old when he learned his first “real” chords. 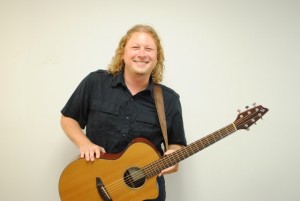 His “Reclamation” debut earned national Blues Blast and Blues Music Awards nominations for best new artist, Grand Rapids Jammie Awards for best album of the year and best blues album, and selection as one of the Top 100 blues CDs of 2009-2010 by Real Blues Magazine.

Hayes describes “The Grind” as “less personal, a little bit more about the way that living in this world affects us all rather than about personal relationships. … I titled it, ‘The Grind,’ because I think society is at a point where the effects on the individual are overwhelming right now. It’s just the paradigm of the modern world. It’s about asking questions: Why are things the way they are? How do I fit into this big ball of confusion?”

With backing from an ardent Michigan following, the dynamic material on “The Grind” could help Hayes “fit into” the next level as a regional and national artist.

“I try to maintain contact with the local audience and keep things stirred up here, but yet pushing little by little out there,” says Hayes, who estimates he spends up to 60 hours a week on the behind-the-scenes “grind” to promote and distribute his music. “I’m fortunate to have a very supportive regional and local fan base, so that does keep me going.”

For more information about Hayes, his upcoming performances and links to purchasing the new album, visit his website at vincenthayes.com.