Despite a current jump in the state’s COVID cases, some venues – indoors and out – plan to host summer tours and other shows. But capacity restrictions remain a major concern. 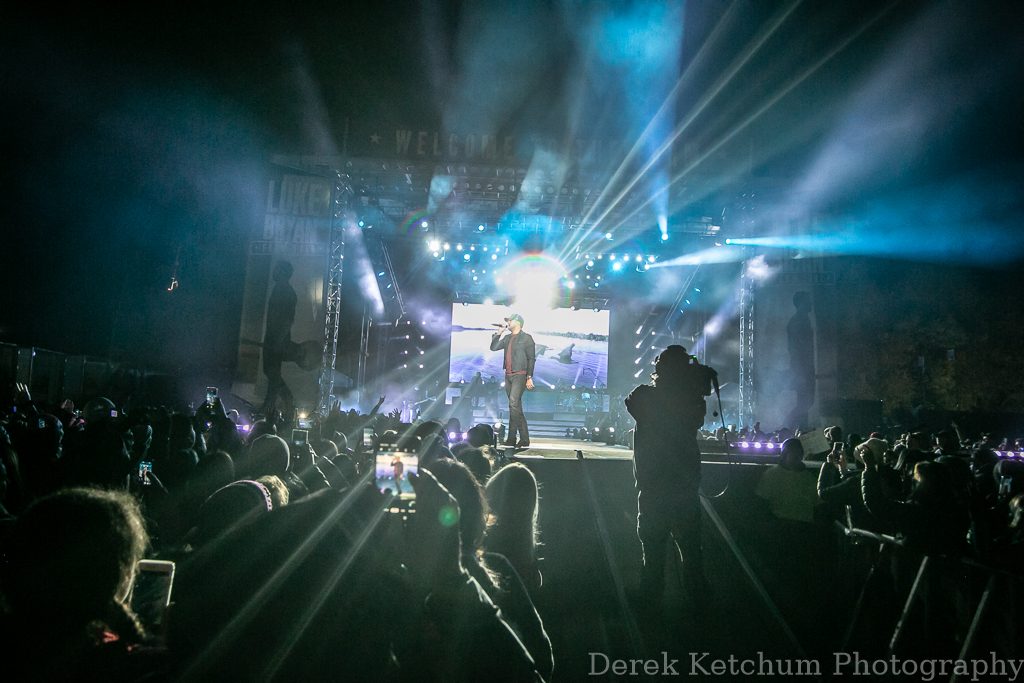 The Pyramid Scheme, meanwhile, hopes to reopen for concerts in September, with alt-rock’s Nada Surf on Nov. 9 serving as the first “announcement of new shows” at the Grand Rapids venue closed since March 2020. Same for The Intersection, which hosts Fozzy on Sept. 17 and Watsky on Sept. 26. 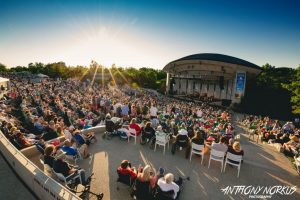 Concerts Returning? Look for an announcement by Meijer Gardens in May. (Photo/Anthony Norkus)

And Frederik Meijer Gardens & Sculpture Park is eyeing announcement in May of a limited summer series “regarding both the Tuesday Evening Music Club (featuring regional acts) and Fifth Third Bank Summer Concerts.”

After a pandemic-impaired year, Michigan’s concert train is getting ready to roll out of the station this summer.

Despite the state’s rising COVID cases and hospitalizations, national promoters are moving ahead with some summer tours and Michigan venues are hoping capacity restrictions will be eased to allow larger crowds in coming months.

“We are working hard behind the scenes to plan a safe return to live music on the Frederik Meijer Gardens Amphitheater stage. … Guest safety is our top priority and once outdoor gatherings are deemed safe we will be ready to go.”

Van Andel Arena now has more than a half-dozen major concerts on the books for summer and fall, including several rescheduled from 2020. For the arena, it’s all about working with promoters and Michigan Department of Health & Human Services regulations in pulling these off after a year-long hiatus.

“We are currently following, and will continue to follow, protocols and procedures recommended by MDHHS and other public health officials, event promoters and federal, state and local government,” said Hilarie Carpenter, director of marketing for the arena, which will host Reba McEntire, Alabama, The Doobie Brothers and Michael Buble in late summer.

“Capacity will be consistent with the capacity restrictions, if any, that are in place per MDHHS epidemic orders at the time of the concerts.”

LIFTING OF CAPACITY RESTRICTIONS COULD BE KEY TO CONCERTS MOVING FORWARD

The key word, of course, is “capacity.”

Michigan currently restricts indoor concert venues with a capacity of 10,000-plus to just 750 attendees; large venues with a seating capacity of up to 10,000 seats are restricted to 375. Smaller entertainment venues are capped at 300.

Outdoor venues such as Meijer Gardens’ amphitheater currently are capped at 1,000 (including staff, crew and patrons), according to VanderHaagen.

Of course, face mask requirements and other safety precautions must also be instituted, based on current state guidelines. 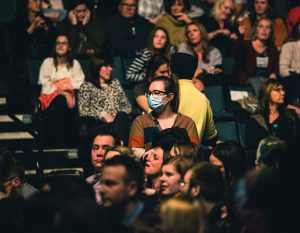 Whether large venues, in particular, can stage major shows and remain financially viable without relaxation of the state’s capacity restrictions in coming weeks remains to be seen.

Many major Michigan music festivals already have canceled for the second summer in a row, partly because of uncertainty regarding crowd size restrictions. Others are marching confidently ahead, as evidenced by Local Spins’ 2021 Michigan Music Festivals Guide.

And while there’s increasing pressure to restart live music and other forms of entertainment, there’s also mounting pressure to remain cautious and reinstitute tighter restrictions to contain COVID’s spread even as vaccinations accelerate.

The Centers for Disease Control & Prevention this week even urged the state to implement “stronger mitigation strategies,” according to a report from Bridge Michigan.

The jumbled picture leaves many fans unsettled about the summer’s concert landscape, though it’s also clear that touring and performances will likely ramp up in earnest come the fall.

“Shows are starting to confirm; some of them have backup holds in the spring, just in case. Too early to tell at this point, but people seem hopeful for October.”