The West Michigan band fronted by Jack Leaver and Mitch Wood plays its only summer show tonight (Wednesday) at SpeakEZ Lounge, but the pair vows there will be more performances and another album. 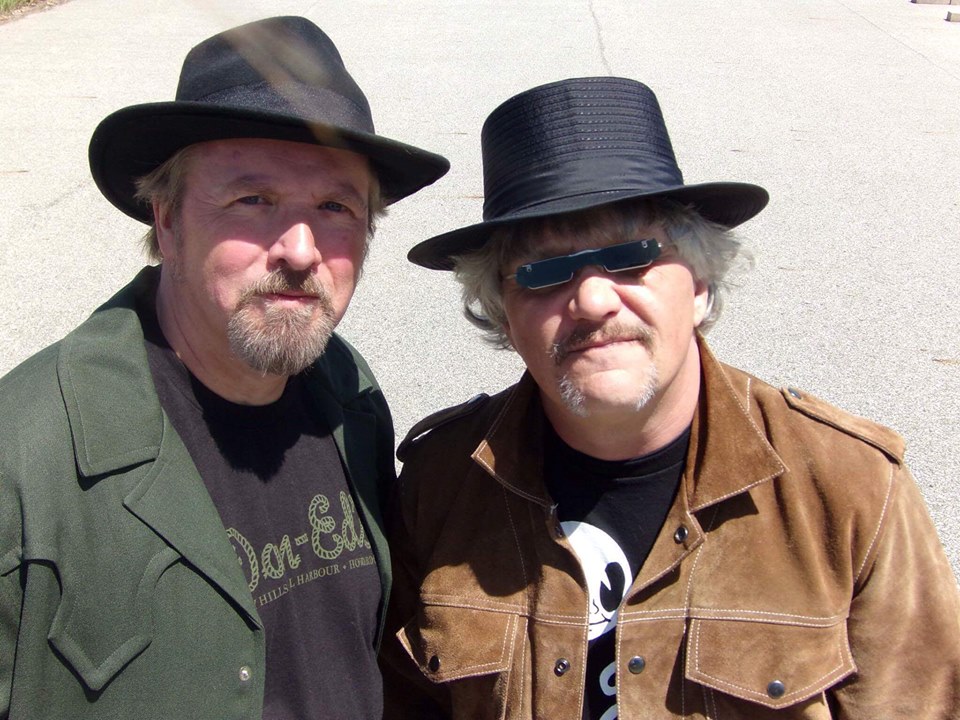 THE BAND: Diff & Dudley
THE MUSIC: Vintage, classic country, aka “auth country”
WHERE YOU CAN SEE THE BAND: 8 p.m. Wednesday at SpeakEZ Lounge in Grand Rapids, with The Bootstrap Boys opening the show; also listen to Local Spins Live on WJRW 1340 AM at 11 a.m. Wednesday when Diff & Dudley will be the in-studio guests

Diff & Dudley represent a musical pairing that was just meant to be.

Veteran West Michigan musicians, longtime pals and former bandmates Jack Leaver and Mitch Wood share a simmering passion for vintage country music, so when they finally got together to collaborate, they wrote two “auth country” songs in a single sitting and their project was off to the races. 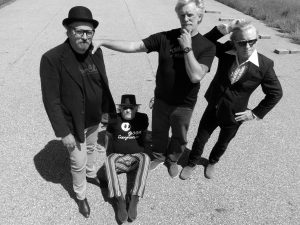 “It had been a very long time,” said Grand Haven guitarist and singer Leaver, aka Diff, referring to the pair’s work together in the late ’80 and early ’90s in alt-country’s Dushanes with Todd Truman and Greg Miller.

“Well, it couldn’t have been any easier. We came out of that session with two songs, ‘Don’t Wake Daddy’ and ‘Troubles’ and those were the first two songs we recorded. I think we realized that day that we were going to make an album together and it was going to be a stone cold country album. We were both on the same page about that. The timing was really right.”

Said Wood, aka Dudley, of Hesperia: “Country was always there. We remember a time where there were only a handful of genres of music. It was nothing to hear Elvis, The Beatles and Buck Owens on the same station. On TV, Johnny Cash and Glen Campbell were breaking down walls and bridging that gap between country and rock. Then the outlaw (country) thing blew it all wide open. Diff & Dudley is the redheaded stepchild of ‘Bandstand’ and ‘Hee Haw’.”

Because of their other respective musical projects (Leaver performs as a solo artist several times a week across West Michigan), it actually took 11 months and a host of guest stars dropping in to Tommy Schichtel’s Goon Lagoon all-analog recording studio in Grand Rapids to wrap up the “old school country” album. Most of it was co-written by Leaver and Wood, former bandmates in two different bands – Skyscrapers and Dushanes.

Joined by old friends and musicians Truman and Dave Stanton, Diff & Dudley and The Big Sirs were formed in the studio, later boosted by a bevy other well-known, in-demand Michigan musicians, including Chris Corey, Drew Howard, Mike Lynch, Mark Petz, Dee Sutton, Justin Wierenga and Schichtel. Schichtel produced and engineered “Here’s Diff & Dudley,” which is expected to be released later this month or in early August by Nashville’s Spinout Records.

‘EVERY SESSION WAS FUN’ AND STEEPED IN AUTHENTIC COUNTRY

“It’s everything we hoped for and more, but I don’t think we could have ever envisioned what the end result would be,” Wood said. “It was the easiest album we’ve ever made. We can’t stress the importance of Tommy Schichtel and the Big Sirs on this record. They made it easy. And they made it what it is.” 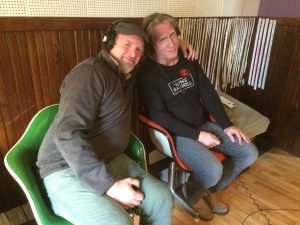 In the Studio: Jack Leaver with Dave Stanton at Goon Lagoon. (Photo/Local Spins)

Added Leaver, who noted he had long wanted to record a solo album but also prefers to collaborate on songwriting: “Whenever creative people get together there is always some push and pull, but I have to say, I have never felt more relaxed in the studio environment. There was a lot joking around, every session was fun.

“I can’t say enough about Tommy’s expertise as an engineer and producer. His place has such a cool vibe and he knows how to get the best sounds out of his equipment. More importantly I think, is how comfortable he made us feel.”

On Wednesday night, in the band’s official debut and its only live performance of the summer, Diff & Dudley will perform as part of the Local Spins Wednesdays series at SpeakEZ Lounge, joined by “Big Sirs” Stanton, Truman and Howard. Grand Rapids outlaw country outfit The Bootstrap Boys will open the show at 8 p.m. Admission is free.

Leaver and Wood stopped the studios of News Talk 1340 AM (WJRW) this week to talk about the project and perform an acoustic rendition of the song, “As Good As It Gets,” on the air. Listen to the podcast here, with a video of their performance below.

For Leaver, who’s written about country music as a freelance reviewer and also fronted a Tom Petty tribute band, it’s the culmination of a long musical journey inspired by iconic country artists. 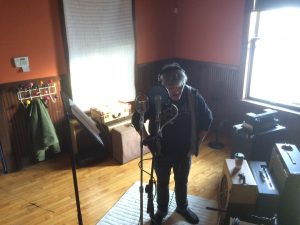 “Mitch and I both grew up listening to country music. Even in the Skyscrapers, which was essentially a rock band, we covered country songs,” he said. “The love for the classic country has always been there. On this album, we touched on some of our biggest influences, such as George Jones, Merle Haggard, Waylon and Willie, Johnny Paycheck. Most of the stuff references late ’50s, ’60s and ’70s country.”

With so many of The Big Sirs involved in other groups, collaborations and performances this summer, Diff & Dudley will hold off until the fall to play and tour behind the new album, but already have plans for a follow-up recording.

“Our plan is to play shows and festivals in Michigan first. We’ll see what happens,” Leaver said. “We hope to get airplay on Satellite radio and we are tapping all our connections. We plan on starting the recording of our sophomore album this fall.”