The Grand Rapids alt-country band’s latest album, “Roll On,” was one of four new chart entries, joined by Joshua Davis, Max Lockwood and Bermudas. Listen to songs from all of the charted artists. 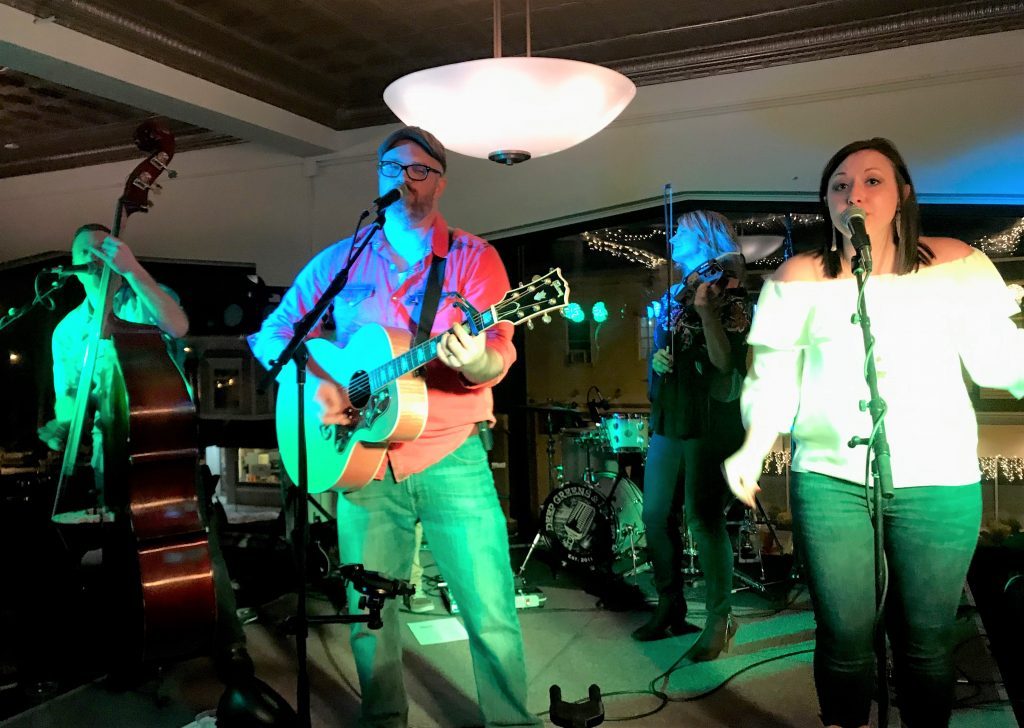 The impact of Grand Rapids alt-country band Deep Greens & Blues’ latest album, “Roll On,” is reflected in an anecdote that frontman Travis Atkinson tells of a recent trip to Nashville where he struck up a conversation with a waiter who’s also a career musician and songwriter.

The waiter emailed Atkinson this week after giving “Roll On” a spin. “I’ve listened to your album five times and it’s a truly great album,” he wrote, adding that he was particularly struck by the track, “Boy’s Way to do a Man’s Job.” “It’s not just my favorite song on the album, it’s one of my favorite songs of all time.”

As Atkinson puts it, “When you hear stories like this almost every week, you know that the effort you put into creating the album was worth it and that it’s resonating with people.” 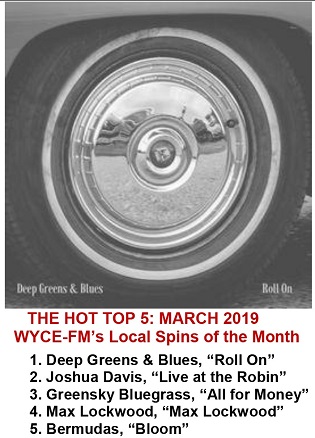 Greensky Bluegrass returns to the Hot Top 5 after topping the chart in January.

“Roll On,” released in February, certainly has resonated with WYCE-FM programmers and listeners: The album shot straight to No. 1 on the Local Spins Hot Top 5 chart of local and regional recordings that earned the most radio airplay at WYCE (88.1 FM) in March.

Atkinson said reaction to the album has been “overwhelmingly positive and more enthusiastic” than the band could ever have imagined. (Read the Local Spins review of “Roll On.”)

“We’re beyond grateful that our album is being received warmly by such a broad audience. Most of us have been performing and writing for nearly 20 years, and to find favor with our local listeners is a thrill,” he said.

“This is something we’ll remember for a long time. Local Spins listeners are a savvy bunch—we’ve been listening and reading along since y’all started, so we know we’re in good company.”

After a short hiatus, the band plays June 8 on the City Stage for Grand Rapids’ Festival of the Arts, June 16 for the “Acoustic Sunset Concert Series” at Camp Blodgett in West Olive, June 27 for the Sizzlin’ Summer Concert Series in Lowell and Aug. 24 at the Willowsong Music Festival in Sydney.

Deep Greens & Blues wasn’t the only artist making its Hot Top 5 debut in March: Indeed, four of the five albums were new to the chart. Traverse City singer-songwriter Joshua Davis’ latest, “Live at the Robin,” came in at No. 2, followed by Greensky Bluegrass’ “All for Money,” which reappeared in March at No. 3 (after topping the Hot Top 5 in January).