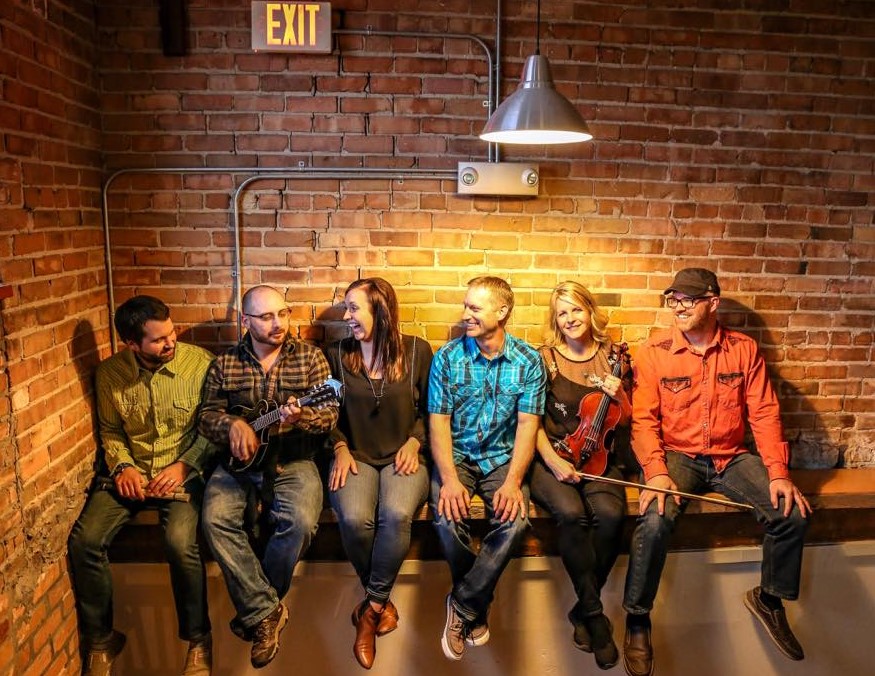 THE BAND: Deep Greens & Blues
THE MUSIC: Harmony-laden alt-country
WHERE YOU CAN SEE THE BAND: 7:30 p.m. Friday on second floor of Creston Brewery in Grand Rapids (with Chain of Lakes); 8:30 p.m. Saturday at Unruly Brewing in Muskegon; 8:30 p.m. March 1 at Short’s Brewing in Bellaire

Since forming eight years ago, Deep Greens & Blues has continued to grow as a band – not only with more seasoned songwriting and musicianship, but literally and physically as a group.

What once was an indie-folk-styled trio became a quartet in 2015 and now records and performs as a six-piece, harmony-driven, alt-country ensemble featuring a classically trained violinist (Susan Mora) and much-respected guitarist (Matt Young).

So when the Grand Rapids band showcases material from its new — and third — studio album, “Roll On,” at Creston Brewery on Friday night (Feb. 15), it will do so with an expanded sound and musical approach. (UPDATE: See video from Creston Brewery below.) 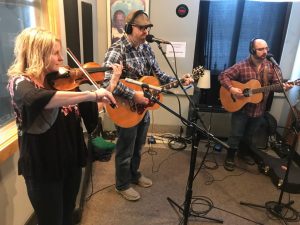 “This album represents our most musically and emotionally complex music to date. It’s the first album we recorded with Susan and Matt as full-time members of our band,” said guitarist and singer Travis Atkinson, who founded the band that features singer Kelsey Gustafson, bassist Jason Upton and drummer Ben McNeil.

“With the addition of Susan on fiddle and Matt on electric guitar/mandolin, we have added depth and complexity to our sound. They both make our songs sound the way that Ben and I (primary songwriters) intended them to be.”

Recorded at Planet Sunday Studios in Rockford with Joel Ferguson, the project was completed over a two-year period and officially released last week.

And while it represents another step forward musically for the expanded group, it still leans on those distinctive Deep Greens & Blues’ distinctive harmonies.

“Some bands start with their instrumentation and use their harmonies to support their instrumental parts. We’ve done it the opposite way,” Atkinson said. “Everyone in our band can sing, three of us now sing solos in the band, and most of the time, there’s at least three vocal parts on each song.

“The intimacy of folk groups performing acoustically singing around one microphone: While we don’t often perform that way, we try to capture that vibe in what we do. On songs like ‘Puppets’ and ‘The Unknown,’ we are using our voices as instrumental parts, and it adds some textures that other bands in West Michigan don’t have in their sound.”

Of course, the band’s newest members have a lot do with its enhanced and more diverse sound. And on Friday, Mora and Young joined Atkinson for a trio appearance for Local Spins on WYCE. Listen to the full radio show podcast below. 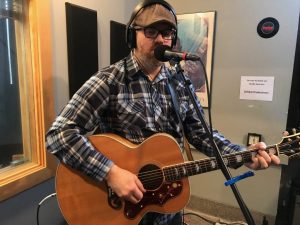 It All Starts With the Vocals: Travis Atkinson (Photo/Local Spins)

“We found Susan two years ago through her work with Union Guns and The Kari Lynch Band, and she has been a perfect addition to our band. Susan also plays as a member of the Grand Rapids Symphony,” Atkinson said.

“Matt has spent the last 10 years performing with Sweet J Band (formerly Sweet Japonic), and he recorded on our first three albums as well. Matt is a consummate musician.”

Mora said she was attracted partly to Deep Green & Blues because group members “use dynamics” in their music to enhance their sound. Veteran guitarist Young added that it’s just “a really good group of people” to make music together.

Most important, Atkinson added, “our fans dig our music, and that includes our peers, our kids. There’s something for everyone to like.”

The Feb. 15 edition of Local Spins on WYCE – which spotlights local and regional music at 11 a.m. every Friday on 88.1 FM – also featured the debut of tracks by Sherman Gepherd and The Strapping Owls (who also have album-release shows on Friday night, Sherman Gepherd downstairs at Creston Brewery and The Strapping Owls at Saugatuck Center for the Arts), Dawning, Major Murphy, Andrew Saliba, Elroy Meltzer and Bermudas, as well as music from Chain of Lakes and Asamu Johnson. Listen to the podcast here.