With its sophomore album, the alt-country-styled Grand Rapids band has enhanced its sound with a drummer, diverse songs and a harmony-driven vibe. (Story, podcast, video) 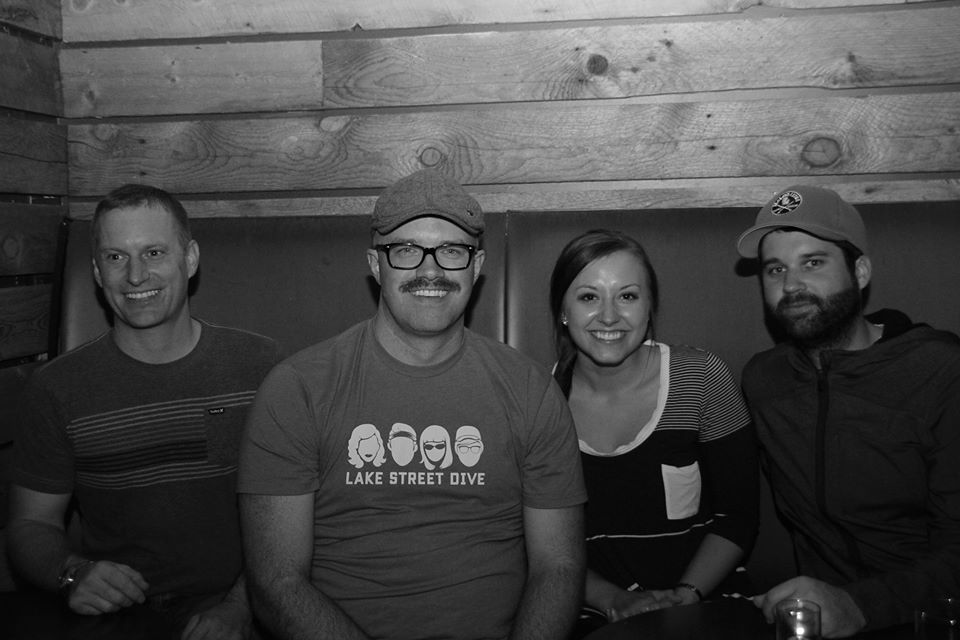 THE BAND: Deep Greens & Blues
THE MUSIC: Alt-country, indie-folk, acoustic rock
WHERE YOU CAN SEE THEM: 9:30 p.m. Thursday at Founder Brewing Co. in Grand Rapids, with Olivia Mainville & The Aquatic Troupe

Deep Greens & Blues has found the sweet spot that comes from maturation as a band.

Familiarity with each other as players and growing musical confidence have spawned a willingness to take risks, make changes and focus on original music – and given the country-hued Grand Rapids acoustic band an engaging aura during live performances.

Those qualities also propel the band’s sophomore album, “Chasing Horizons,” which was released earlier this month and will officially be celebrated Thursday during Deep Greens & Blues’ debut appearance at Founders Brewing Co. in Grand Rapids.

“We’ve gotten a little more diversity in the songwriting,” conceded guitarist Travis Atkinson, who even co-wrote a song, “What Would I Say,” with West Michigan country singer Kari Lynch for the project.

“(We) just tried to make it a little bit more personal. In my past writing, I’ve tried to use the experiences of others for inspiration. I tried to turn it inward and take a risk and be a little bit more vulnerable on this album and just about real things going on in my life and in our lives. I think we’ve been really pleased with how that’s turned out.”

The band also is pleased with its expanded lineup: drummer Ben McNeil joined Atkinson, singer Kelsey Gustafson and bassist Jason Upton after the trio released its debut album, “Back to Home,” in 2013.

That addition also has pumped more genre-blending textures into the band’s music, which spans alt-country, indie-folk and acoustic rock.

“Especially with this album, we truly believe there’s something for everybody,” says McNeil. “We’re not pressuring ourselves so much to be confined to a genre. We write what we like to write, and play what we like to play. We certainly hope people enjoy it. It’s kind of a little bit of everything. It’s our collective experiences and tastes all put together. It’s a mishmash.”

That enticing “mishmash” came together in two studios for “Chasing Horizons,” which was recorded with Andy Mitchell at Audio Bay Recording Studio in Cannonsburg and Joel Ferguson at Planet Sunday Studios in Rockford. Guest musicians Steffan Copenhaver, Matt Young and Craig Avery also pitched in.

All of it still resonates with the “harmony-driven” music that’s distinguished Deep Greens & Blues since the band formed five years ago – something that propelled the band’s recent appearance for Local Spins Live on News Talk 1340 AM (WJRW). Listen to the radio podcast here, with a video of their on-air, in-studio performance of a song, “Canyon Bound,” from the new album below. 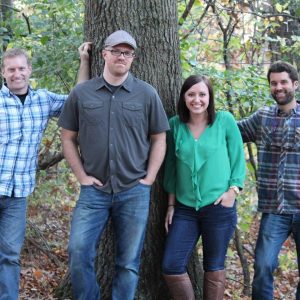 A Little Bit of Everything: Members of Deep Greens & Blues just play what they like to play.

“It’s come a lot more naturally the past couple of years,” Atkinson says of harmonies that first surfaced when he and Gustafson sang together in a church worship team. “We all have unique voices and those are informed or driven by the music we like. We’ve been able to find this common ground that we’re really pleased with.”

The band hopes to grow its audience in 2016 with performances at music festivals and venues around the state. In addition to Thursday’s CD-release show at Founders with Olivia Mainville & The Aquatic Troupe, Deep Greens & Blues will play Feb. 13 at Ridge Cider Co. in Grant and Feb. 20 at Vander Mill in Spring Lake.

“That’s been the biggest change for us,” Atkinson says. “As we’ve grown to be more of an original-focused group, playing for engaged audiences has been a really meaningful thing. We’ve been lucky recently to find some venues where our music has been well-received, so we can be ourselves there.”

It’s all part of the band’s development and emergence on West Michigan’s music scene, working through the “difficult times” and the fun gigs to zero in on the essence of Deep Greens & Blues.

“It feels like we’re going a lot more in that direction,” Atkins says. “It’s a feeling … but it feels good.”