The Ann Arbor-based band with Traverse City roots plays Rockford Brewing this week after releasing an album that was recorded in basements, garages and bedrooms across Michigan. 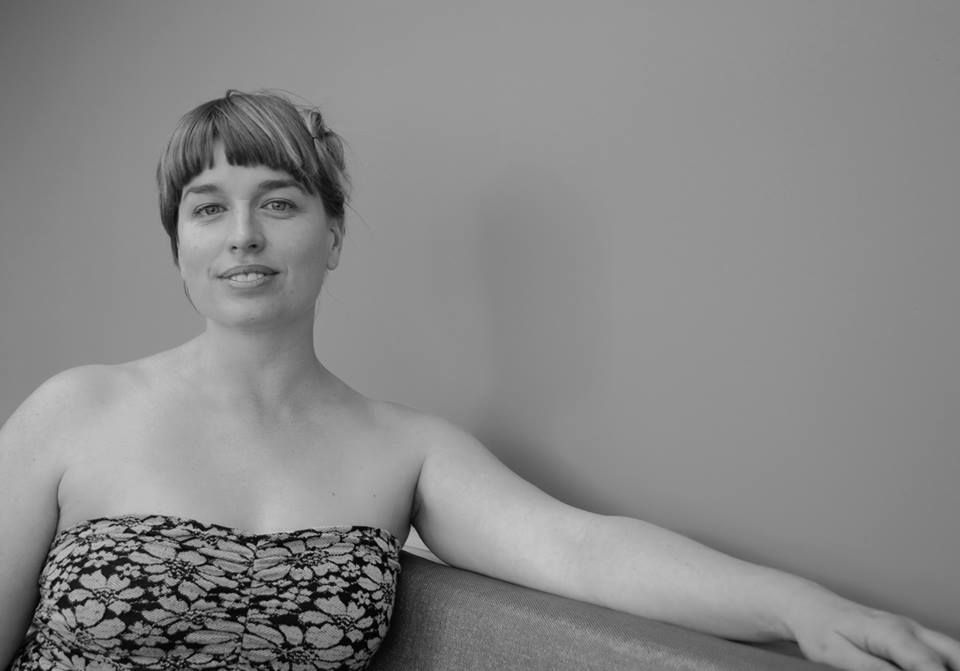 ‘In Love With Michigan Music’: Dede Alder and her band play a West Michigan CD-release show this week.

THE BAND: Dede and The Dreamers
THE MUSIC: Eclectic folk-pop, jazz
WHERE YOU CAN SEE THE BAND: 7 p.m. Thursday at Rockford Brewing (CD-release show)

As a child growing up in Traverse City, Dede Alder fondly recalls painting, dancing, drawing, writing poetry and “putting on shows” in her basement. 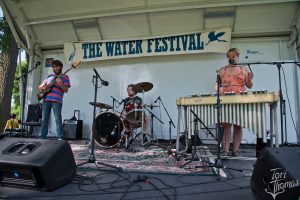 At 35, she’s still at it today as frontwoman for the eclectic, psychedelic folk and jazz band Dede and The Dreamers, an Ann Arbor-based group which released its new studio album, “Daydream,” in September.

“The new album is something that I am so proud of,” said Alder, who sings and plays vibraphone. “It was recorded on a portable home studio all throughout the state of Michigan in basements, garages, bedrooms and homes of people. I don’t think there is an overall theme to this album, but it is a collection of 15 great songs, and overall, it has a light, daydreamy feel, so the album is well-named.”

Alder swings into West Michigan with her band – drummer Dave Menzo and violist Josh Holcomb – to play Rockford Brewing in downtown Rockford at 7 p.m. Thursday. The show serves as the official CD-release show in the Grand Rapids area for the new album.

“I do love coming to the west side of the state,” she said.

For Alder, release of the ambitious new recording project represents the latest accomplishment in a circuituous and impressive musical journey. As a teenager, she started a business that focused on facilitating drum circles and teaching hand drums (something she continued for 10 years), then earned an associate’s degree in percussion performance from Northwestern Michigan College. 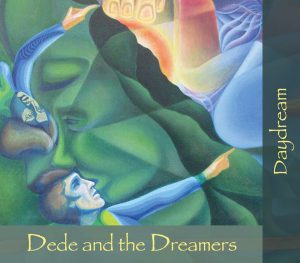 Dede and The Dreamers, “Daydream”

She’s still “steadily taking lessons” in percussion on marimba, mallets and hand drums in a quest “to delve deeper into the art form.”

Alder attributes her almost indescribable and genre-bending musical style to growing up with everything from Madonna, Whitney Houston and Michael Jackson to traditional Irish music, to Snoop Dogg, Dr. Dre, and The Ohio Players, to Pink Floyd and Nigerian musician Fela Kuti.

“When I started playing and writing my own music, the heavy influences came from reggae, West African artists and Michigan songwriters,” said Alder, part of Michigan’s Earthwork Music Collective. “I really loved how reggae and Fela Kuti really called out shifts that needed to happen in society or in a relationship. That was a huge influence in my songwriting.”

She credits Earthwork for supporting the band and growing Michigan’s music scene, even paying tribute to the collective with the song, “Earthwork,” on the new album. The new album was released on the Earthwork Music label. 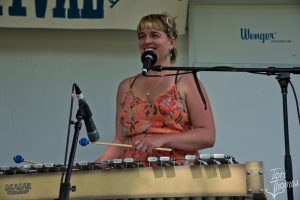 “I’m in love with Michigan music. There are so many talented artists here and everyone is so collaborative,” she said. “That is the shining quality of Michigan music. We are all here to support each other and promote each other, and communicate about the business side of the music, too.”

In the coming year, Dede and The Dreamers plan to play more festivals and venues across the state, the Midwest and Ontario.

Alder said the band is committed to slowly but surely expanding its audience “like marathon runners: We don’t sprint ahead too quickly, but we are steadily going the distance. … With the new album, we are hoping for more exposure to those who have yet to experience our music.”

Get more information about the band and listen to its music at reverbnation.com/dedeandthedreamers.