The band fronted by David Lowery has weathered the ups and downs of the music business, with help from devoted fans, including many in Michigan. Local Spins’ “Sunday Spotlight” interview. 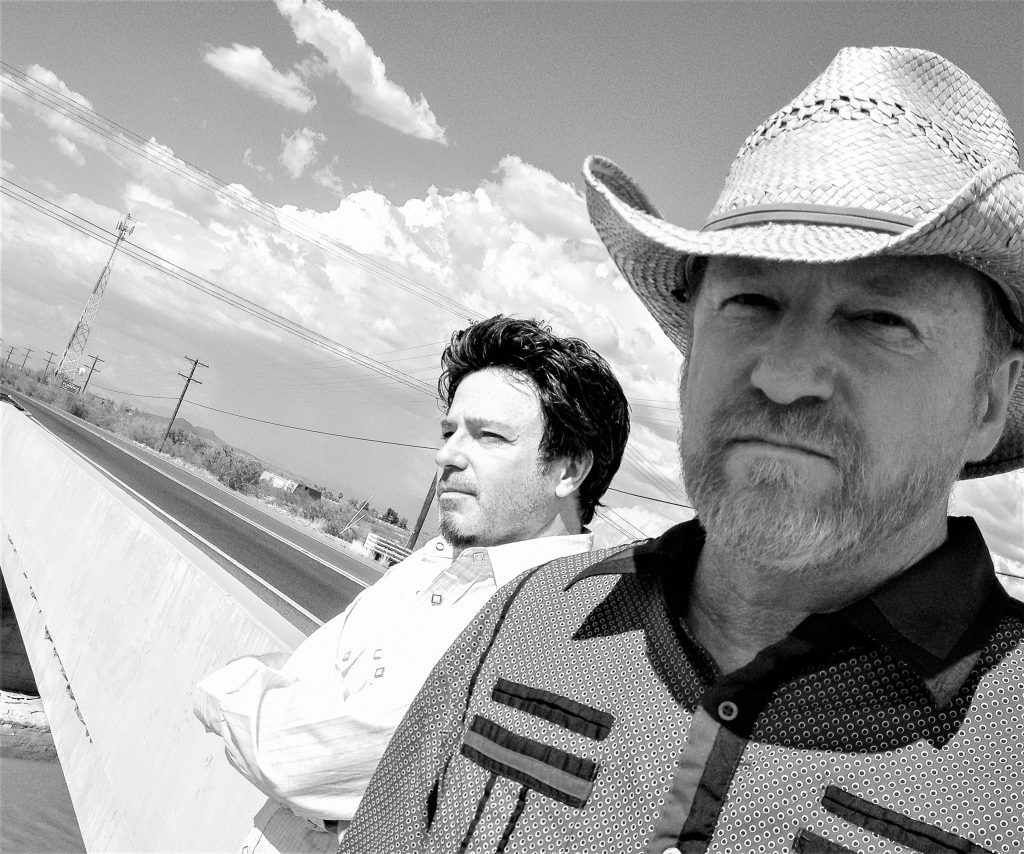 Telling Stories ‘Like Journalists’: David Lowery and Johnny Hickman of Cracker, which returns to Michigan this week. (Photo/Bradford Jones)

The more things change, the more they stay the same.

David Lowery and Cracker have long weathered technological upheavals and turbulent changes in the music industry while continuing to do what they’ve always done: create and play the band’s unique slice of penetrating and charming rock.

“In some ways, it’s been turned upside down and in some ways it’s very similar,” Lowery said in a recent phone interview with Local Spins.

“We’re still going out and playing many of the same venues that we played 35 years ago. … We shift around what we do a bit, but in some ways, it’s remarkable how similar it is. We still like going around touring and playing shows and putting out the occasional record. And a lot of artists from our generation are still doing that.” 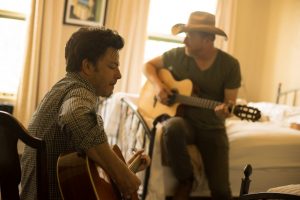 The ‘Advantages of Incumbency’: Cracker continues to tour for a devoted fan base. (Photo/Bradford Jones)

However, the band that sprang up from the ashes of Camper Van Beethoven in California to make a splash in the early 1990s with tracks such as “Low” and “Teen Angst (What the World Needs Now),” is doing something different on its current U.S. tour: playing Cowpie Music Festival south of Grand Rapids for the first time.

Lowery, lead guitarist Johnny Hickman and the rest of the crew will headline Saturday night’s festival lineup on the main Pasture Stage on Shagbark Farm. Get details and ticket information ($120 for the weekend advance, $140 at the gate) online here.

“It’s cool to be up there (Michigan). We’ve always had a pretty good fan base in Michigan,” Lowery said. “Fans can expect to hear the hits and album tracks we feel are important and relevant.”

He added that festivals give bands a chance to “meet people that you never would meet otherwise. I noticed recently that festivals have gotten a lot more eclectic and that’s a cool thing.” 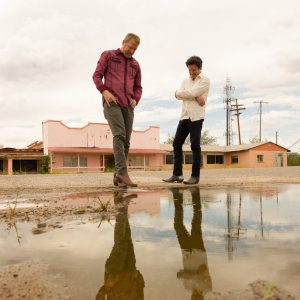 ‘Career Retrospective’: Fans can expect to hear that at Cowpie on Saturday. (Photo/Bradford Jones)

For Lowery, the ability to maintain a career in rock is “one of the advantages of incumbency.” Indeed, Cracker has teamed up with Camper Van Beethoven in recent years to tour together, unleashing “a career retrospective” that often has devoted fans following the bands around for their shows.

Lowery conceded that “success” is as much about luck as it is talent, noting that Camper Van Beethoven took off only because the band mailed off vinyl albums with personal letters to four British DJs.

“My cousin told me who the cool DJs were and I tracked down the addresses,” he recalled. “One of those DJs started playing that record. That was just lucky that I even knew that. That’s how my career started. Otherwise, you never would have known of me. There’s always some weird little accidental thing like that.”

“I don’t think I had to get on the treadmill to run before every tour so I could have the same energy on stage. There are limitations to your body as you get older,” said Lowery, noting that the rigors of touring haven’t changed much.

“It’s remarkably similar to what I was doing when I was a kid. There’s a lot of driving around in a van, trying to keep yourself from being bored, you gotta practice, you gotta remember the lyrics. When you have 400 songs in your repertoire, that’s something that you have to think about.”

So, Lowery makes a playlist of the “most likely” tunes that Cracker will play on tour and runs through it constantly for a couple weeks before the first show.

And Lowery – who also teaches music business at the University of Georgia after earning a doctorate there in 2018 – just released a new solo album in a unique way. 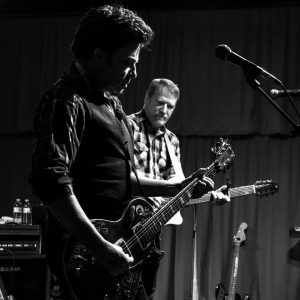 Released on July 6, “In The Shadow of the Bull” is part of a multi-disc musical autobiography of Lowery, with seven tracks clocking in at about 30 minutes. Production of the CD has been limited to only 1,000 copies and it’s only available at Cracker and Camper Van Beethoven shows this summer. (Get details online at davidlowerymusic.com.)

Lowery noted it’s very difficult these days to make sales of a new recording profitable. Indeed, he determined that the revenue from selling 1,000 CDs directly to fans is the equivalent of 16 million spins on Spotify or 71 million views on YouTube.

“I’ve been looking at a way to just do something different that I haven’t done in the last 35 years,” said Lowery, noting he’s recording these new songs “that go year by year” to tell his life story acoustically on a tiny Tascam four-track recorder.

“(Distribution of music) is positively insane right now. So, I thought I’d distribute these really low-key albums directly to fans who come to our shows and off the website. It’s an interesting experiment.”

As for a new Cracker album, well, that may or may not happen eventually. If it does, it’s only because band members want to create something for themselves and for their fans. 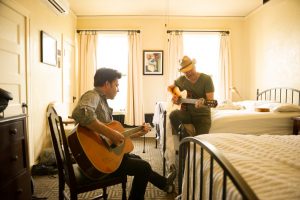 “The economics of it are terrible. I’m not in any hurry to subsidize the whole thing,” he said. “The revenues from recorded music are not really there anymore.”

Still, the more things change, the more they stay the same: Lowery remains a devoted music guru – and with two teenage sons exposing him to new artists – and he listens to music “all the time and it’s all over the place.”

Lowery also remains unafraid to tackle political and social issues in his songs, something that’s marked Cracker from “Teen Angst” and “I Hate My Generation” in the early 1990s to “March of the Billionaires” on Cracker’s most recent album, 2014’s “Berkeley to Bakersfield.”

“Going back to Camper Van Beethoven, we always had this political bent in our songs and our lyrics. I like the way people talk about stuff like this and I like to make characters that talk like this,” he said, noting the 2014 song, “El Cerrito,” was inspired by comments from a taxi driver.