More than 20 bands and thousands of festival-goers will descend on Shagbark Farm in southern Kent County for an expanded three-day celebration of regional music. See the full schedule. 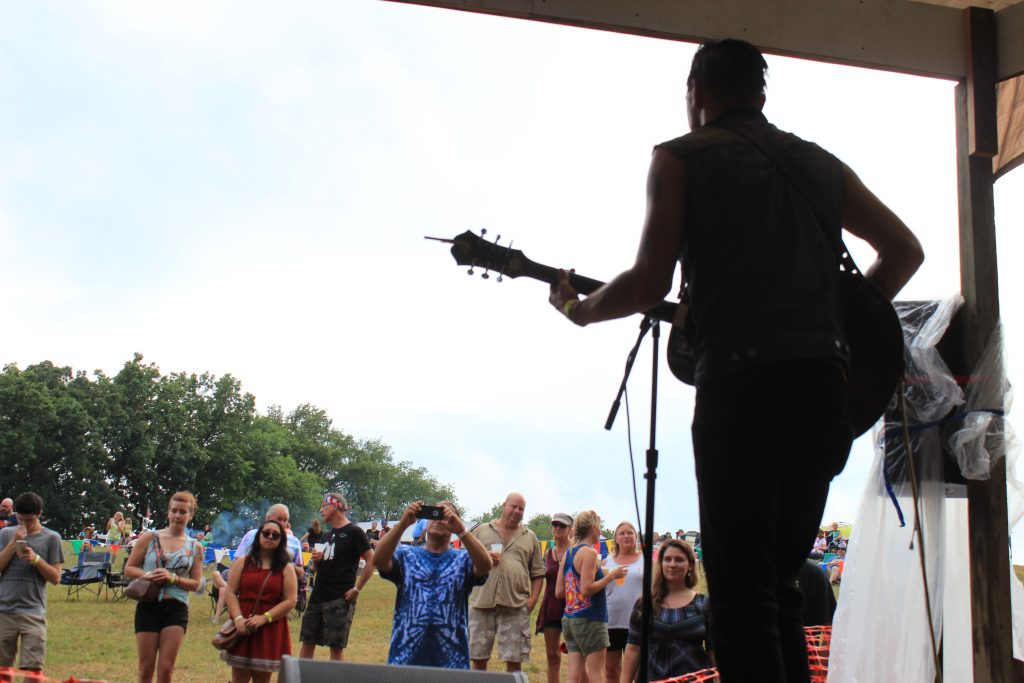 Expanded Cowpie: Jesse Ray & The Carolina Catfish are back for the 2017 festival, which now stretches over three days. (Photo/Anna Sink)

SCROLL DOWN FOR LOCAL SPINS RADIO PODCASTS WITH OUT OF FAVOR BOYS, GRASSHOPPAH

Save this image on your smartphone to take to Cowpie.

Fifteen years after that tradition began, Grand Rapids blues icon Jimmie Stagger is still part of the lineup – as he has been every year – but oh, how the Cowpie Music Festival has changed.

Not only has the 2017 edition of Cowpie expanded to three days – kicking off Thursday with White Rabbit, Covert, two sets by Ultraviolet Hippopotamus and a late-night jam courtesy of Grasshoppah – but the assortment of local, regional and national acts covers a mind-blowing spectrum from genre-bending jam bands to psych rock to funky jazz to rockabilly to bluegrass to vintage country to roots rock to hip hop and, yes, the blues.

The fun continues Friday and Saturday with Ekoostik Hookah, Hyryder, Desmond Jones, Hannah Rose Graves, Earphorik, The Turnips and much more serenading the resident herd, as well as a bunch of happy humans, on this picturesque slice of West Michigan pasture land. There’s also a full slate of workshops on topics ranging from instrument repair to “brewing basics.”

Beyond the eclectic performances, there’s so much more about this festival that distinguishes it and gives it an upbeat glow unlike any other summer gathering.

For another, there’s the unmatched familial atmosphere and hospitality that makes everyone – especially the musicians – feel like they’ve been adopted into the Crissman clan, so much so that returnees consider it a true family reunion worthy of countless selfies, toasts and non-stop banter.

Four-legged Fans: Yes, there are cows at Cowpie. (Photo/Anna Sink)

Then there’s the location: a scenic, working cattle farm transformed into an intimate outdoor amphitheater packed with quad chairs and blankets, with children skittering across the sloped meadow all weekend long. And where else can you find “rules” like “Do Not Touch the Electric Fence” and “Spread Love, Not Cowpies”?

But more than anything, it’s the passion that Crissman and his family (Madalyn Rose does much of the band booking) put into this labor of love every year. Few see the countless hours of planning, site preparation, workshop organizing, scheduling and alternately praying for rain and then dry weather for the big weekend that goes into a giant event held in a remote spot. 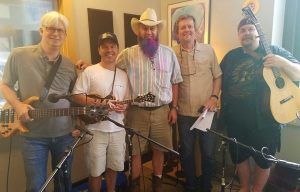 Beard of Many Colors: Farmer John Crissman with Grasshoppah at WYCE.

Crissman spent thousands of dollars this year to permanently extend electricity to the stage area rather than depend on generators for power, and his winter-time phone entreaty to Grasshoppah’s Glenn House out in Portland, Ore., helped convince the band to reunite for its first Michigan shows in seven years.

As a music addict myself, I understand the ceaseless quest to experience new and stimulating sonic marvels and share it with others.

But I’ve encountered few music devotees as excited about live performances as the cowboy hatted Crissman, who regularly checks out bands at Tip Top Deluxe Bar & Grill, Founders Brewing, SpeakEZ Lounge and elsewhere all year long, always scouting for acts to showcase at Cowpie – which just like life itself, has experienced its ups and downs over the years, along with some truly exhilarating musical moments. 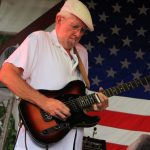 As he puts it himself on the Cowpie website: “This year’s band lineup should leave you breathless. I’ve been going through inhalers like water! I am so pleased with the work that the kids did to put this year’s bash in the history books before it even starts.”

Cowpie is more than a music festival.

And attend the special Cowpie Pre-Party at 8 p.m. Wednesday at SpeakEZ Lounge with Grasshoppah.