With an EP and new album on the way, the Ypsilanti-based singer-songwriter took center stage for Local Spins on WYCE, which also debuted fresh tracks by several Michigan artists. 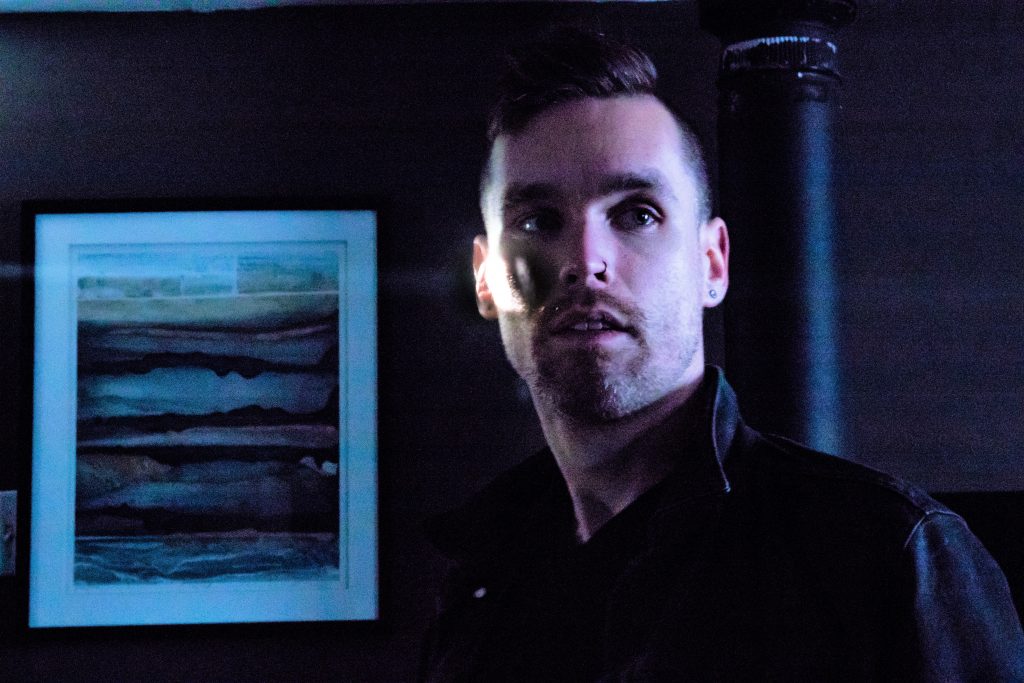 Chris DuPont cut his teeth in Grand Rapids’ high-volume, rafter-rattling hardcore rock scene back in the day, grinding out electric guitar riffs at venues such as Skelletones and the DAAC.

But his passion for softer, singer-songwriter balladry “was always baked in a bit,” thanks to family fireplace sing-alongs featuring music by the likes of James Taylor and Crosby, Stills & Nash.

“I was always the guy in the band who would write heavy riffs and get all that angst out that way,” he recalled. “But on the drive home from practice, I’d be listening to piano pop by Sarah McLachlan or Tori Amos or Casey Stratton. 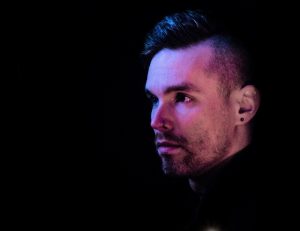 “I was really into melodic, gentler, soul-searching music, honestly. I felt really at home behind an acoustic. That was always going on in the background.”

But make no mistake: The same intensity that drove DuPont’s hardcore stint still shows up in the lyrics and emotions expressed by the Ypsilanti-based singer-songwriter, who’s carved out an impressive indie-folk career.

That’s certainly the case with DuPont’s forthcoming new studio album, “Floodplains,” which he calls “the most personal and difficult record” he’s ever made. It was created during a “very trying two years” marked by a divorce, job upheaval, serious health issues and the recent COVID-19 pandemic.

DuPont, 34, plans to drop a “teaser” EP on Thursday (Nov. 19) when he performs as a trio during a live-streamed show at The Ark in Ann Arbor, with the full-length album officially released on Jan. 22.

With an over-arching theme of “being replanted after being uprooted,” the new album channels a myriad of emotions and experiences while pushing DuPont “to the next level” with more complex vocal and guitar arrangements. 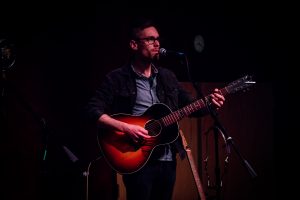 On Stage: DuPont is eager to get back to it. (Courtesy Photo)

“It was way more ambitious, way darker than I planned, and took way longer than I planned,” DuPont said of the album recorded in several different locations in Ypsilanti, Ann Arbor and Grand Rapids.

“(The album is) the truest representation of who I am as an artist. It’s a record about taking difficult losses, uprooting and aching to be replanted again. It’s about reclaiming my relationship to my body, sitting with the ugly parts of my story and re-learning how to love myself and others.”

For this week’s edition of Local Spins on WYCE, DuPont debuted two new tracks from the teaser EP and upcoming album – “Sandpaper Hymn” and “I Took a Vow of Silence.” Scroll down to listen to the songs and the full interview in the radio show podcast, and watch a video for the project’s first single, “Retrieve,” here.

For DuPont, who attended Grand Rapids Community College and the University of Michigan, his “dark folk” and “ambient think-piece Americana” music offer the best vehicle for showcasing his lyric-driven compositions.

“I’m very much a text-first person. The real center is the text,” he said. “Being an indie-folk songwriter gave me an opportunity to distill what I was going through and to give it verbiage. 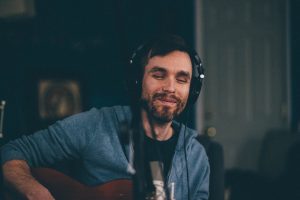 “I think that’s what’s so attractive to me is the storytelling element and the way people can project their own story onto what I’m saying. It’s a really sacred thing.”

Of course, this year’s COVID lockdown complicated studio work on “Floodplains” and will delay any promotional tours, but it also gave the collection new meaning due to the themes and subject matter of the songs.

“I think the isolation and disruption of the global pandemic informed and intensified these themes as I pulled the album together in its final steps,” said DuPont, who plans to unfurl a high-production, live-streamed album-release show in January from a commercial recording studio.

“I sincerely hope to tour again,” he added, “and will likely do outdoor patio and backyard gathering shows in the spring if the numbers indicate that it’s safe and prudent to do so.”

Get information about the Nov. 19 “Sandpaper Hymn EP” live-stream show from The Ark online at theark.org and learn more about DuPont at chrisdupontmusic.com.

In addition to spotlighting DuPont, this week’s edition of Local Spins on WYCE – which showcases Michigan artists at 11 a.m. Friday on WYCE (88.1 FM) and online at wyce.org – featured the on-air debut of tracks by Eric Engblade, Jordan Moore, Olivia Dear (the musician’s pick by DuPont), Rick Chyme, Jack Droppers & The Best Intentions and Shin Hoo Yong, as well as classic tracks by The Moxie Strings, Cold Mountain Child and The Motivations. Listen to the full radio show here.