Citing assembly restrictions and safety concerns sparked by the COVID-19 crisis, both Michigan festivals hope to instead host some online alternatives. It’s “a time of uncertainty,” says performer May Erlewine. 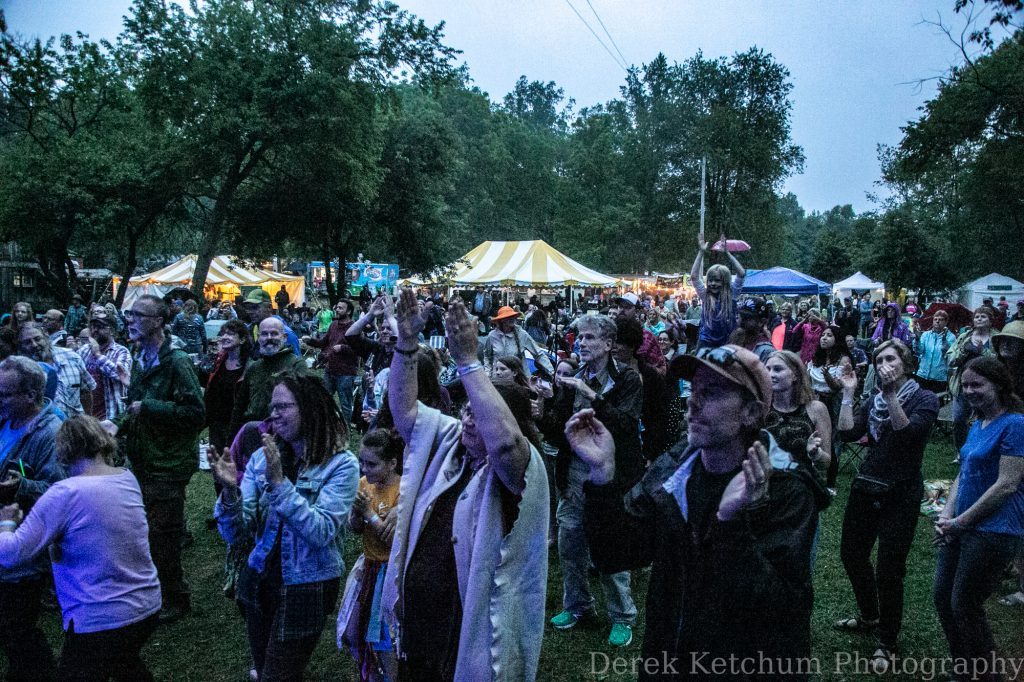 Buttermilk Jamboree, one of West Michigan’s most beloved music festivals, has called off its June 2020 celebration “for the health and safety of everyone involved,” with the Upper Peninsula’s Farm Block Fest making a similar move.

Just seven weeks after announcing headliners Funkadesi, Way Down Wanderers and Erin Zindle & The Ragbirds for the 10th Buttermilk Jamboree scheduled for June 19-21 in Delton, organizers canceled the event due to the COVID-19 crisis.

“My heart is heavy, as I’m sure yours is, too, but this is the right thing to do,” Buttermilk festival coordinator Danielle Hoskins wrote in an email this week to coordinators and volunteers.

“While it was our hope that restrictions on gatherings might be lifted in June, it has become clear that large gatherings will not be permitted. So, the most responsible thing for us to do at this point is cancel. This is not only in anticipation of continuing restrictions, but for the health and safety of everyone involved.”

Buttermilk Jamboree – which takes place at the picturesque Circle Pines Center between Grand Rapids and Kalamazoo – follows other June festivals that have canceled or postponed for 2020, including Grand Rapids Festival of the Arts, Founders Fest, Charlotte Bluegrass Festival, Electric Forest and Hoodilidoo Music Festival. 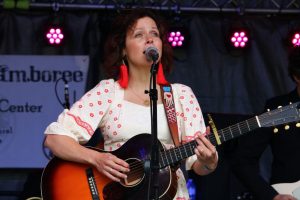 On Thursday, Farm Block Festival and Reunion, which takes place on the Keweenaw Peninsula family farm of The Go Rounds’ Graham Parsons every year, officially canceled its July 31-Aug. 2 event, saying it was “the right move for the health and safety of the community.”

“It’s hard to hear about our favorite community events canceling,” said Traverse City singer-songwriter May Erlewine, who was set to play both Buttermilk and Farm Block. “This is such a time of uncertainty, and I know these decisions are really difficult to make.

“I do feel relieved to know that our community is taking the necessary precautions and thinking of everyone’s safety and setting a strong example. It’s so important right now.”

Farm Block instead will move “to the digital sphere. We are going to continue working to curate an experience that is inclusive and meaningful” with music, workshops, poetry and more, the festival announced.

POSTPONING TO LATE SUMMER OR FALL NOT AN OPTION

Ken Wylupski, who coordinates Buttermilk band bookings, said artists were being notified of the cancellation this week, with hopes of re-booking them for the June 2021 festival.

He said Buttermilk Jamboree hopes to host “some sort of digital online performances if the artists are willing.”

Nicholas James Thomasma, one of Buttermilk’s scheduled performers, said it depends on what the festival wants in terms of a live-stream show. He said he’s had more than 40 show cancellations due to COVID-19 and only two of those hosting the performances have said ‘yes’ to a digital, online replacement.

In addition to the live-stream shows, Hoskins informed volunteers that organizers were hoping for “a very small celebration together around a fire” in June if small gatherings are permitted at that time.

Those who purchased tickets for this year’s Buttermilk automatically will have their passes rolled over to the 2021 event which will take place June 18-20, 2021. Ticket purchasers also will receive specific instructions describing “what steps they will need to take if they need a refund instead due to financial hardship.” 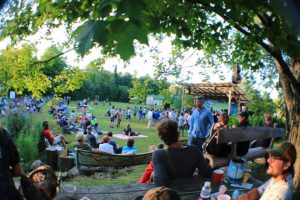 “We are confident that we will get through this and that 2021, marking our 10th annual festival, will be amazing,” the festival insisted.

Wylupski said postponing Buttermilk Jamboree until later in the summer wasn’t an option because there were concerns that large gatherings would be restricted or still pose a problem for the remainder of the year, a sentiment echoed by Farm Block organizers.

“Besides, if the restrictions are lifted, then you are running into the later festivals like Cowpie Music Festival (in August) and Earthwork Harvest Gathering (in September),” he said.

In addition to the headliners, Buttermilk Jamboree had planned sets by Selwyn Birchwood, May Erlewine, Nicholas James & The Bandwagon, Last Gasp Collective, Jordan Hamilton and many other regional stars.

“It’s sad to think of a summer without festivals, without live music, without connections with community in person. I already miss the hugs,” said Seth Bernard, who organizes Earthwork Harvest Gathering outside Lake City in September.

That festival currently plans to continue but he conceded that if there’s a “need to pivot” due to the coronavirus, the Harvest Gathering team could create “a uniquely harvest online experience with workshops, panel discussions and lots of music.”