With the American music icon hitting a major milestone today, Local Spins asked West Michigan singer-songwriter and Dylan devotee Nicholas James Thomasma to offer up a playlist for the ages. 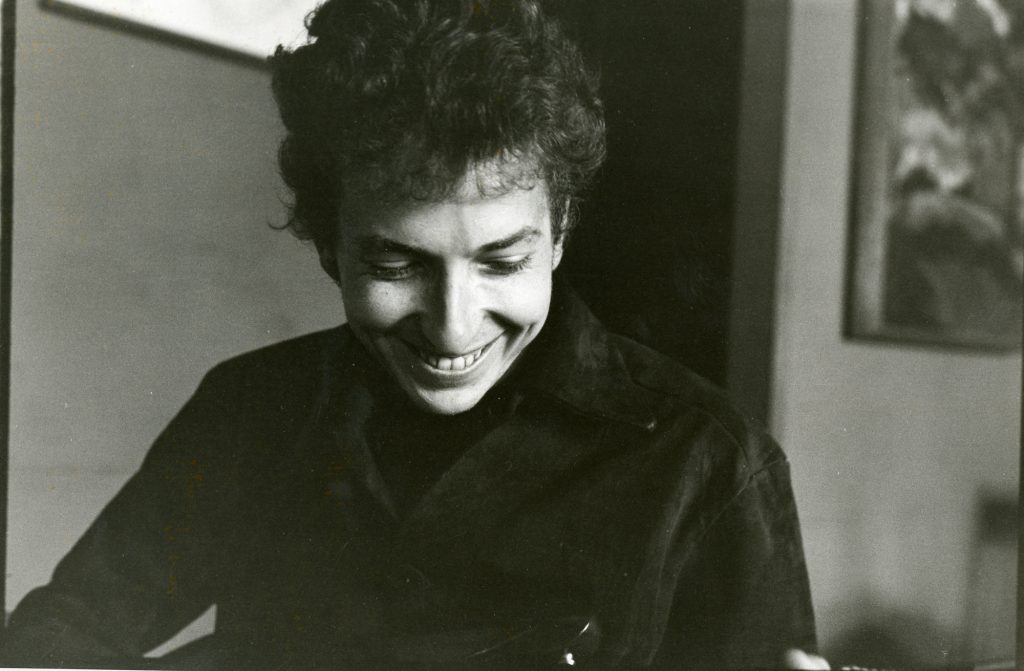 SCROLL DOWN TO LISTEN TO THE FULL PLAYLIST ON SPOTIFY

When photographer and Holland native Douglas R. Gilbert landed the opportunity to follow folk singer Bob Dylan around New York for two weeks in 1964 on assignment for Look magazine, it was a rare glimpse into the life of an up-and-coming songwriter.

More than a half-century later, Dylan stands as a legendary, almost mythical, musical figure and arguably the most important American songwriter of the rock ‘n’ roll generation. And Gilbert’s intimate photos are now part of the Grand Valley State University archives.

Today, the now-camera-shy Dylan turns 80 and he remains a potent force on the music scene: His 39th and most recent studio album, “Rough and Rowdy Ways,” earned widespread critical acclaim following its 2020 release. 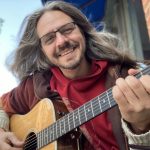 So, it’s only apropos that Local Spins would ask Grand Rapids singer-songwriter and Dylan devotee Nicholas James Thomasma — who hosted a Bob Dylan tribute show at Founders Brewing Co. for many years — to compile a Top 10 list of songs celebrating this icon’s milestone birthday.

“I was in high school when I discovered Bob Dylan. I was completely amazed at his voice. People tell me they can’t stand his voice and I get it, but for me it’s the opposite. I absolutely love his voice,” Thomasma said.

“He is the greatest songwriter of all time and I don’t hesitate to call him my favorite. I’ve seen him 15 or more times in concert and love seeing the songs and the band evolve over the years. It’s an honor to be alive at the same time as Bob Dylan, and it’s an honor to have been asked to write this list.”

Of course, narrowing a list to just 10 represents a Herculean challenge, considering the Nobel Prize-winning Dylan has written more than 500 songs during his career.

But Thomasma — who released his most recent studio album, “Rolling Home,” in 2020 and who’s back to performing regularly across Michigan this summer — was up to the task. Check out the career-spanning songs and videos, including a new Nicholas James & The Bandwagon cover of a Dylan classic.

1. “Hurricane,” Desire (1976) – This is the song that started it all for me. Rubin “Hurricane” Carter was falsely imprisoned for murder and may never have been released if it wasn’t for this biographical story song. This song helped get a man out of prison. That is how powerful Bob Dylan is as a songwriter. That is how powerful songs are.

2. “Tangled Up in Blue – Blood on the Tracks (1975) – I just love the story. It’s super vague but also oddly specific. This whole album is brilliant. It is one of the greatest break-up albums of all time and perhaps not coincidentally, it’s also one of the most frequently played albums in my collection.

3. “Love Sick,” Time Out of Mind (1997) – On this particular visit to the record store, I picked up the brand new album called “Time Out of Mind.” I had only recently discovered Dylan and liked everything so far. That was the day I became a Bob Dylan fan for life. Along with “Blood on the Tracks” and “Desire,” “Time Out of Mind” is in my Top 3 favorite Bob Dylan albums. Bob’s voice has never been creepier.

4. “Most of the Time,” Oh Mercy (1989) – This song makes me cry every time. It’s perfect. It’s gut-wrenching, heartbreaking, ball-your-eyes-out-for-a-minute-and-then-get-on-with-it perfect.

5. “Don’t Think Twice, It’s All Right,” The Freewheelin’ Bob Dylan (1963) – In this break-up masterpiece, Dylan somehow manages to sound relieved, sad, apathetic, hurt and angry all in the same verse. “I ain’t saying you treated me unkind, you could’ve done better but I don’t mind. You just kinda wasted my precious time, but don’t think twice it’s all right.”

6. “It’s All Over Now, Baby Blue,” Bringing it All Back Home (1965) – From Bob’s psychedelic period comes this little gem of a song. I particularly enjoy the Grateful Dead and Van Morrison versions.

7. “Girl from the North Country,” Nashville Skyline (1969) with Johnny Cash – In 1969, Bob Dylan was living in Woodstock, N.Y. They held a big festival in the area in hopes that he would come out and play. Everyone came out to play at Woodstock. Bob Dylan did not. Instead, he went to Nashville and made a country record. The opening track features Johnny Cash and I love the way a young Bob yields to the older and more established Cash.

9. “Things Have Changed,” Wonder Boys Soundtrack (2000) – It was the end of the ’90s and like millions of other teenage boys, I was in love with the actress Katie Holmes. So naturally when this Bob Dylan song from the “Wonder Boys” movie came out as a single and video featuring Katie Holmes, Toby Maguire and Michael Douglas, I was thrilled.

10. “Like a Rolling Stone,” Highway 61 (1965) – Dylan going electric at Newport is one of the most important moments in rock ‘n’ roll history. The crowd boos as he screams “How does it feel?” Rolling Stone magazine once called this the greatest song of all time.

HONORABLE MENTION: “Silvio,” Down in the Groove (1988) – Cover by Nicholas James & the Bandwagon, recorded and filmed in 2021 in honor of Bob Dylan’s 80th birthday.

BBC.com: Bob Dylan: 80 things you may not know about him on his 80th birthday

Rolling Stone: Patti Smith on the Return of Live Music and the First Time She Met Bob Dylan