Douglas R. Gilbert’s historic photos of a young Dylan and many other artists from the 1960s now belong to the Grand Valley Art Gallery. The back story at Local Spins. 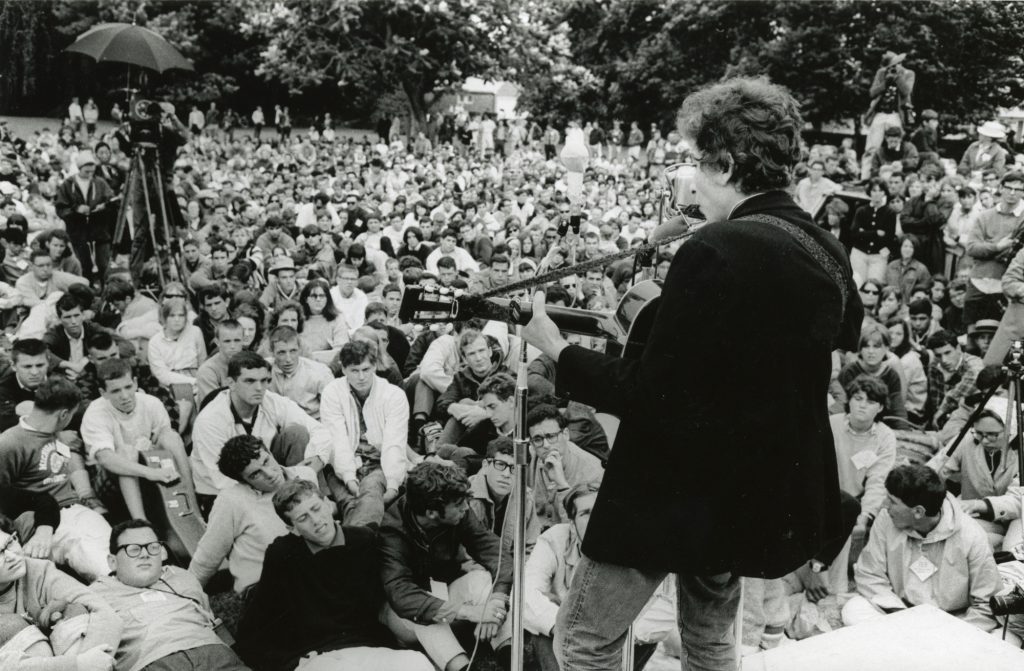 A Young Dylan and His Fans: One of the photos from the ’60s donated to GVSU by Douglas R. Gilbert. (Photo/Douglas R. and Barbara E. Gilbert Collection)

A stunning collection of photography — including rare behind-the-scenes photos of Bob Dylan, Simon & Garfunkel and other music icons from the 1960s — is now part of the Grand Valley State University archives.

Douglas R. Gilbert, a photographer born in Holland, recently donated his life’s work to the university as a means of preserving his legacy for the public.

Gilbert, who began photographing musicians in West Michigan and became an intern at Look magazine in the early ’60s, spent two weeks with Bob Dylan in 1964 leading up to Dylan’s performance at the Newport Folk Festival. 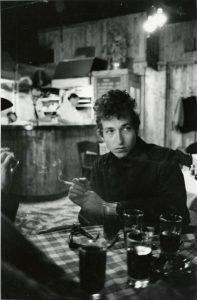 His photos capture an intimate and unique perspective of Dylan’s creative process and lifestyle during his time as an emerging folk music icon, though Look editors at the time told Gilbert that the images were “too scruffy for a family magazine” and decided not to run the story.

Now, those photographs and many more belong to the Grand Valley Art Gallery, which described it as “a gift of unprecedented magnitude.”

Dylan was writing and living at the Cafe Espresso in Woodstock, N.Y., when Gilbert arrived. Gilbert pitched the idea of a feature article on Dylan to the editors at Look Magazine who were unaware of the young folk singer at the time.

“They decided to take a risk,” said Gilbert, who now lives in Grand Haven. “The writer I was paired up with fell out before we got there, so it ended up just being me and Dylan.”

The two-week photo session with Dylan — including images from Greenwich Village and the Newport Folk Festival — would be the first of many music assignments for Gilbert’s photography career.

During that period, Gilbert captured Dylan’s interactions with Joan Baez, Ramblin’ Jack Elliot, John Sebastian, Allan Ginsberg and others surrounding him at the time. The full collection of Dylan photos is available on Gilbert’s website.

PART OF ‘THE LARGEST, MOST COMPREHENSIVE’ SET OF PHOTOS EVER GIVEN TO GVSU

This collection of photos is currently on display in British Columbia. They have been shown widely and were previously shown in South Haven and Holland. Gilbert said there’s some potential for a public showing of the photos in West Michigan.

GVSU spokesperson Peg West said while there are no immediate plans for an exhibit, the “Art Gallery team is eager to share this collection with the community and I would suspect we’ll see the Dylan photos displayed publicly in some fashion.” 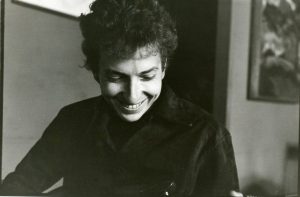 Nathan Kemler, interim director of Grand Valley’s Galleries and Collections, called the Douglas R. and Barbara E. Gilbert Collection “the largest, most comprehensive collection of photographic images the university has received.” It includes prints as well as negatives and slides, along with personal items such as letters to help fully understand Gilbert and the collection.

Some of the photos from that time period also appear in Gilbert’s 2005 book, “Forever Young: Photographs of Bob Dylan,” published by Da Capo Press.

Following his assignment with Dylan, Gilbert went on to photograph several other music icons in the 1960s and 1970s, including Simon & Garfunkel, Barbara Streisand, Iggy Pop and more.

Gilbert branched out from music photography later in his career and several of his later works captured during trips to Italy are the subject of a Grand Valley Art Gallery exhibition at the Blue Wall Gallery in DeVos Center on the Pew Grand Rapids Campus. That exhibit runs through June 19.

“My interest is in light, and how it plays on the objects — what more might be learned from the way that light and form interact,” Gilbert said.

To learn more about Gilbert and his work, visit douglasrgilbert.com.

Dylan, now 78, continues to tour regularly and is slated to play a series of April shows in Japan. 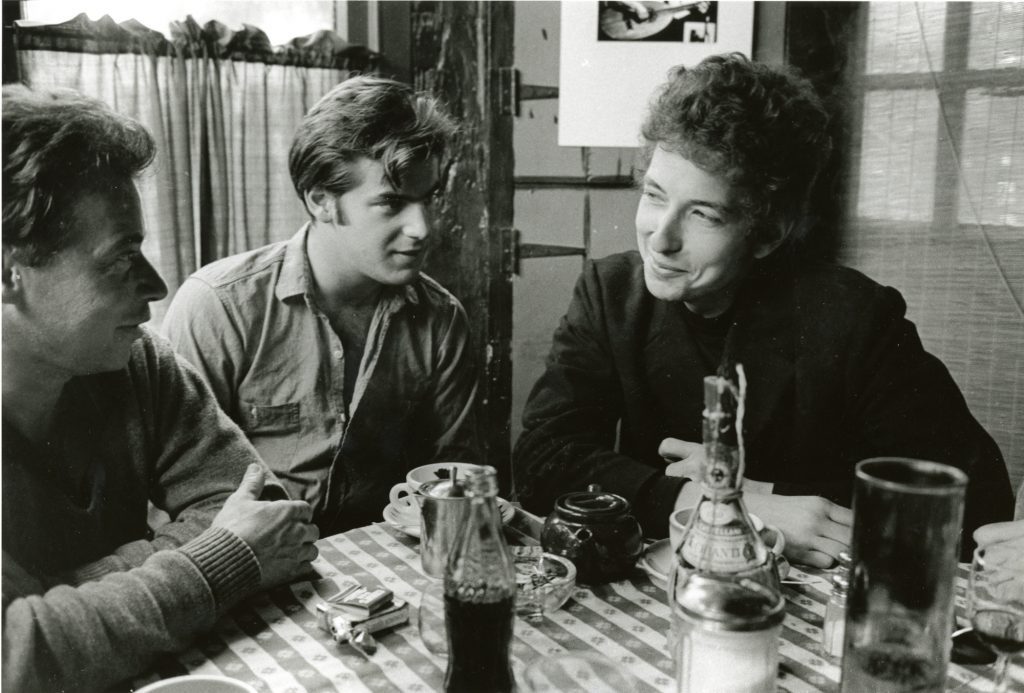 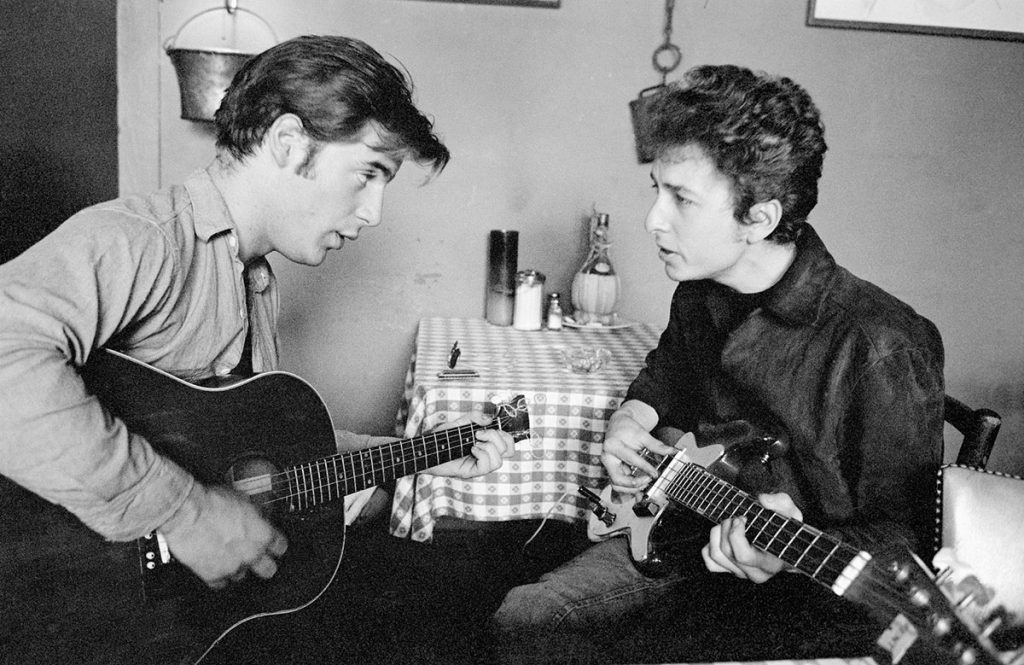