Touring behind his latest album, the winsome whistler extraordinaire and multi-instrumentalist brought his quirky folk-rock fun to Meijer Gardens on a sweltering but breezy night. The review and photos. 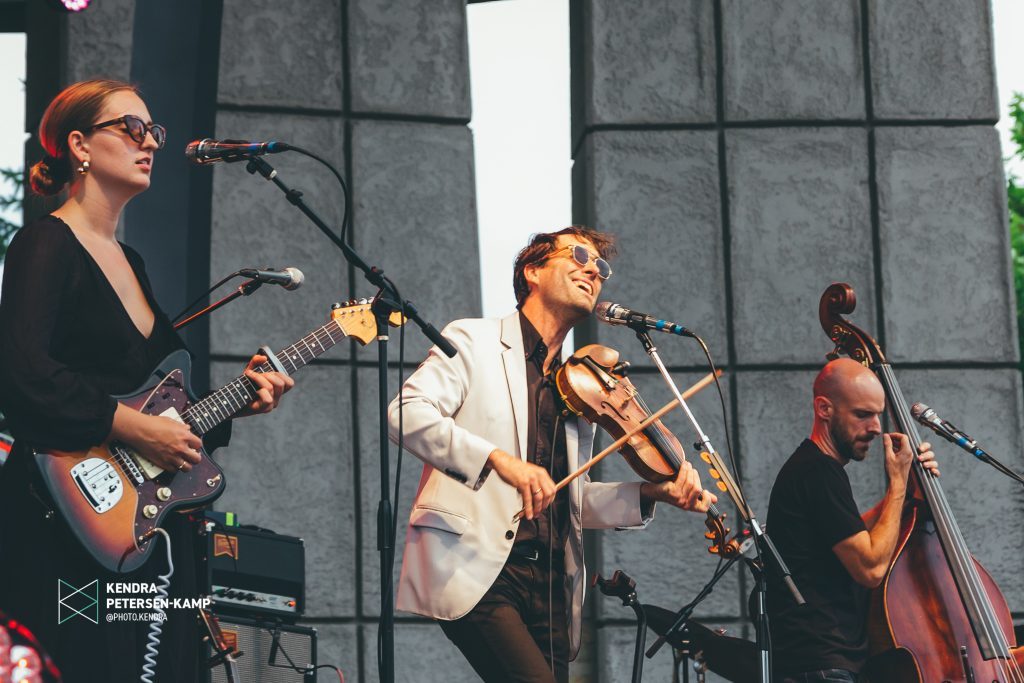 On Thursday evening, in the midst of a face-melting/soul-crushing/brain-bending heat wave, a friend and I caught Andrew Bird’s triumphant return to Frederik Meijer Gardens & Sculpture Park’s popular summer concert series.

The Grand Rapids show wasn’t a sellout, but drew a respectable crowd, most of whom remained fairly lively and respectively engaged despite that aforementioned dumpster fire of a forecast.

After my friend and I parted ways at the close of the folk/indie-rock veteran’s nearly two-hour set, she caught a lift home with a local ride share.

Making small talk, her driver asked what act she’d just watched. Hearing her answer, he followed up: “Wait. Is that the guy who whistles a lot?” 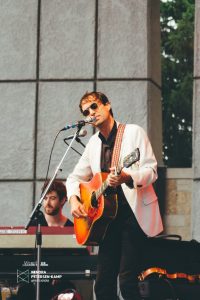 But while Bird is well known for his clear, crisp and versatile whistle, his musical range expands well beyond it to include singing, guitar, violin and a host of other interesting talents and gizmos, including the oversized spinning gramophone horns adorning the amphitheater’s stage.

Touring in support of his modestly named new effort, “My Finest Work Yet,” Bird’s set list dipped considerably into the album’s collection, starting with its opener “Sisyphus” and hitting many others (“Manifest,” “Bellevue Bridge Club”) throughout. Popular older songs like “Three White Horses,” “Capsized” and show closer “Pulaski at Night” also were on the docket, as was a charming cover of John Hartford’s “Gentle on My Mind.”

Her 45-minute opening set was a prelude of what to expect, with the California singer-songwriter’s rich contributions adding a depth to Bird and Co.’s performance and enhancing Bird’s quirky, already-complex sound.

OK, and not to belabor the whistling thing, but there is something entrancing — and perhaps even enchanted — about Bird’s uncommon ability, especially on a day when the specter of oppressive sun, heat and humidity hung over the city like a disgusting, damp blanket. 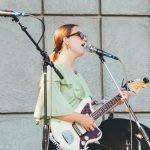 Those conditions threatened to continue throughout the night (unless, of course, they were to be upstaged by a show-ending thunderstorm).

Throughout Cunningham’s opening set, the sun bore down on the amphitheater’s shade-free hill, pinning attendees in place. But as soon as Bird took the stage and unleashed that trademark whistle, something magical happened: The clouds rolled in, a breeze kicked up and the atmosphere became less like living inside of someone’s mouth.

But the timing was impeccable, much like everything else Bird shared with his audience Thursday night. 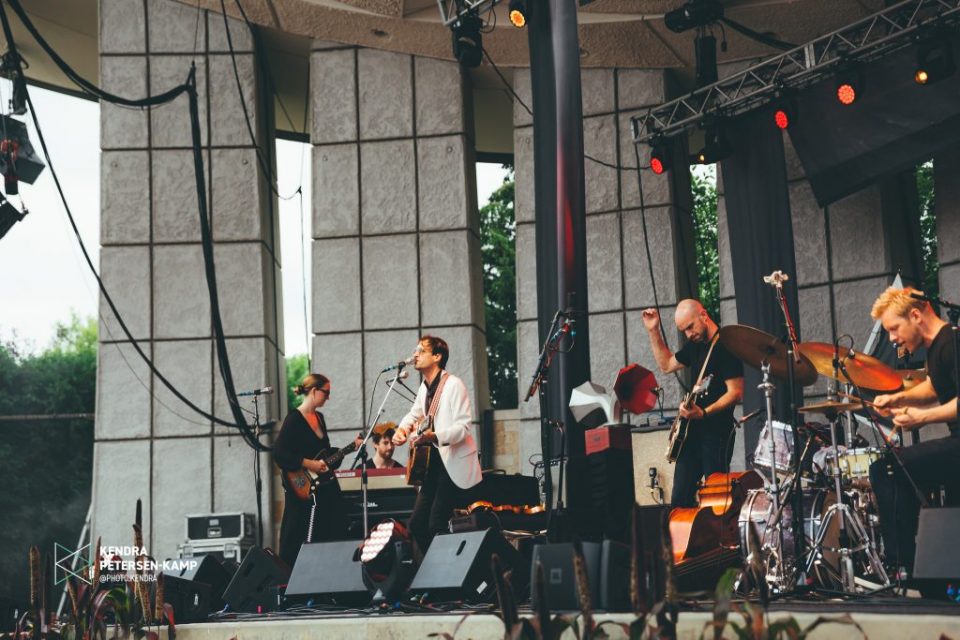 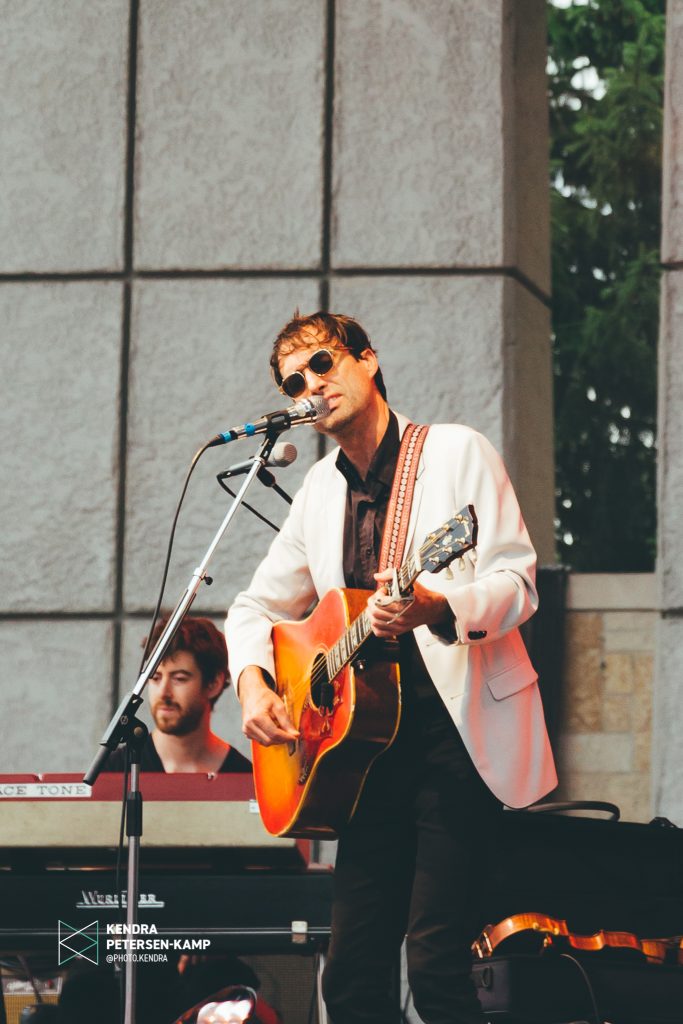 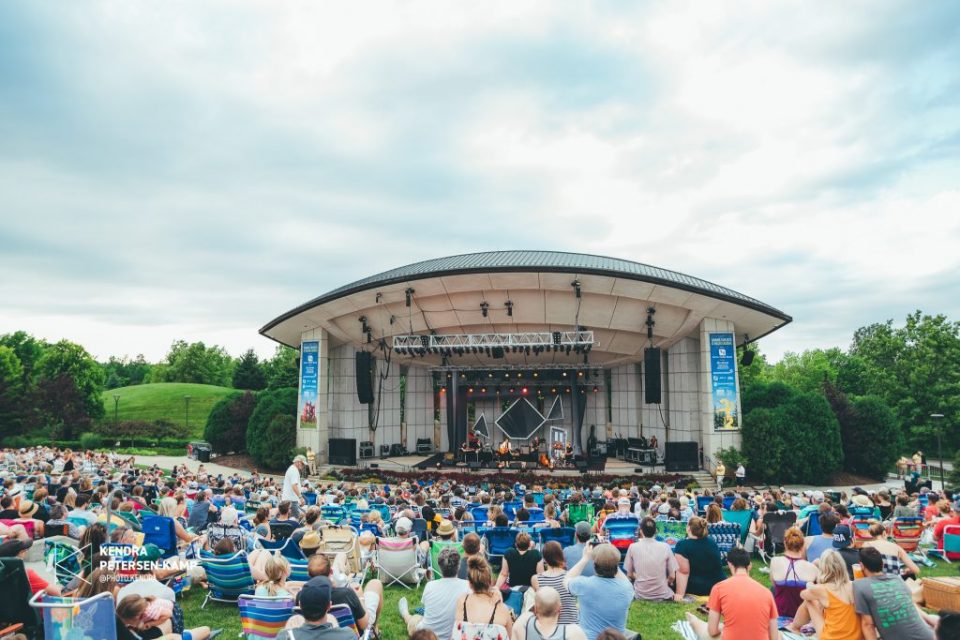 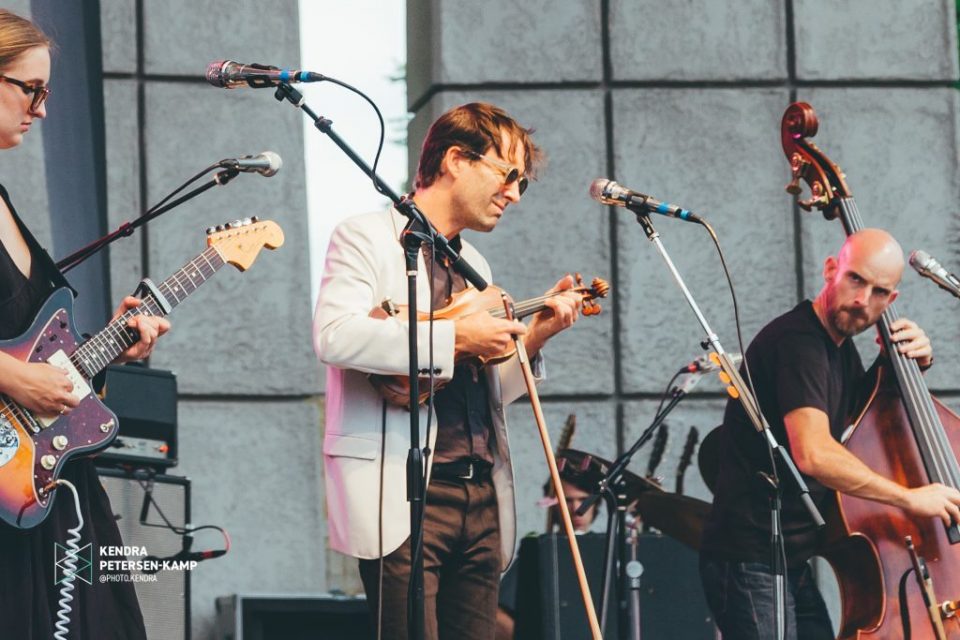 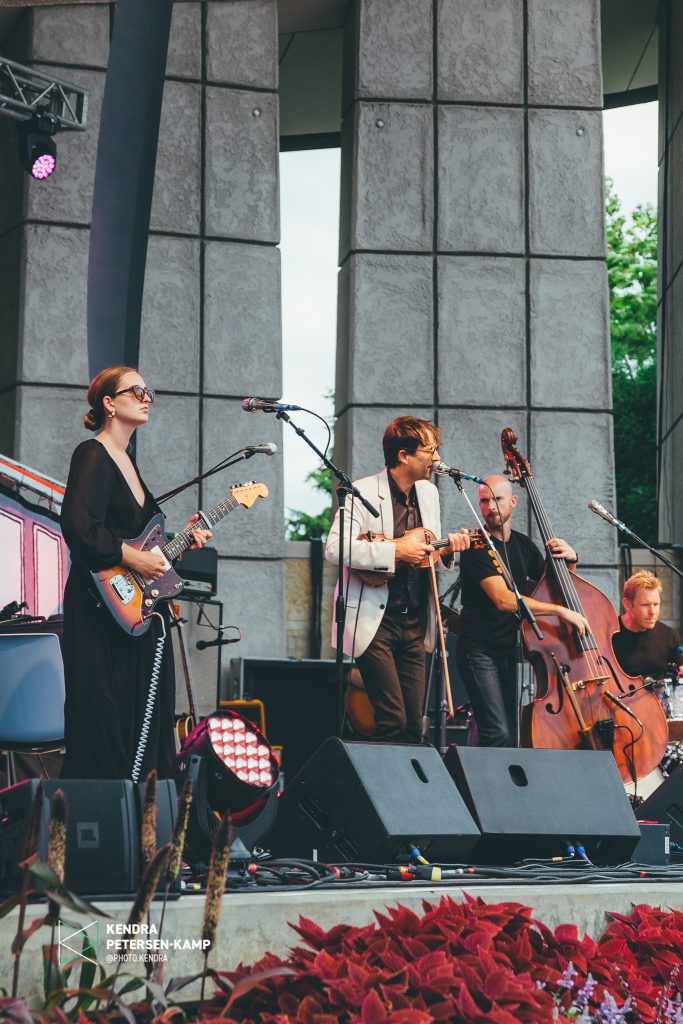 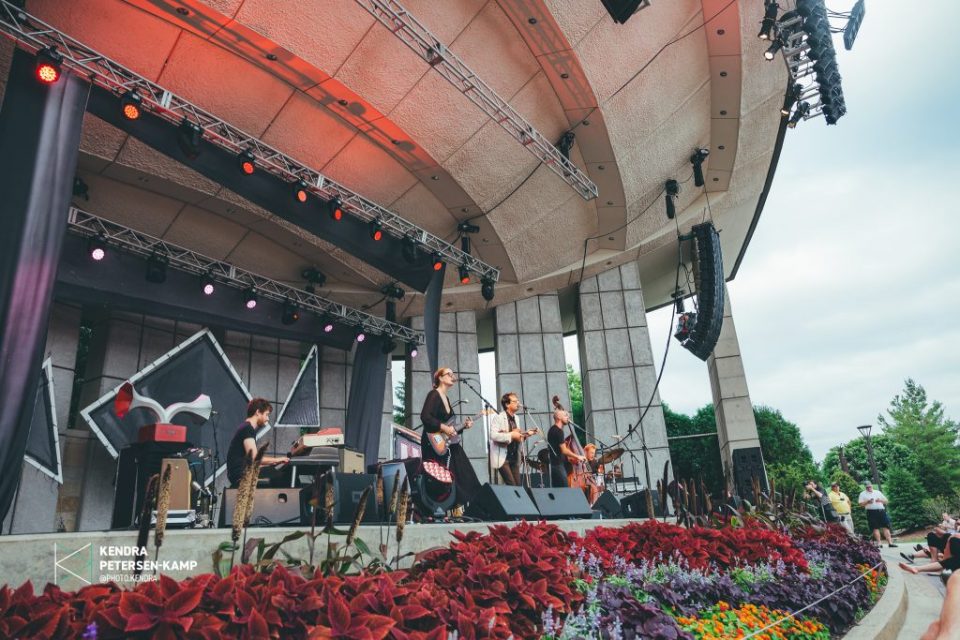 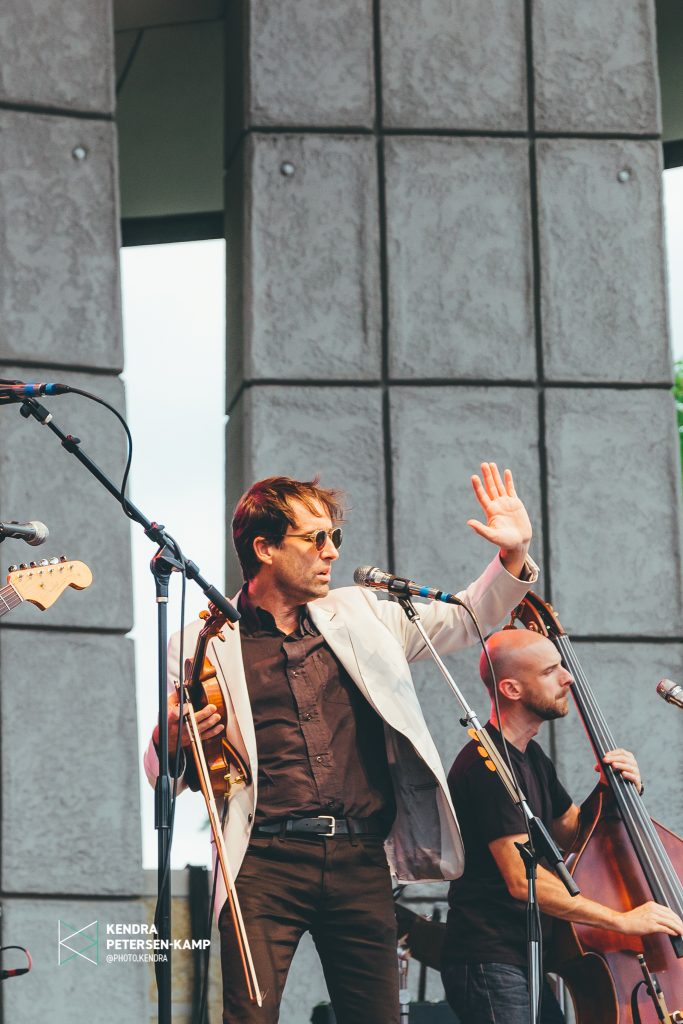 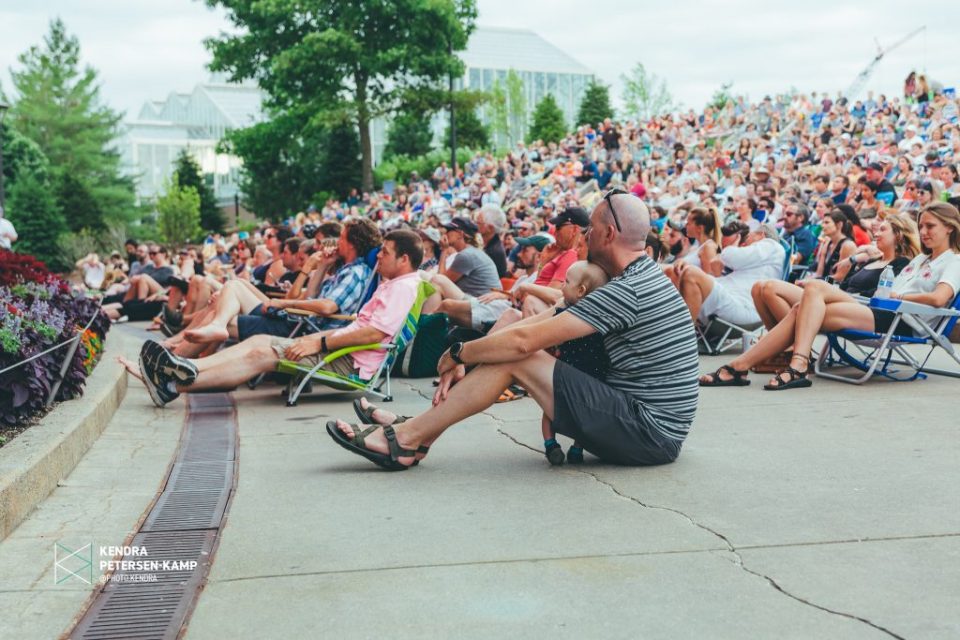 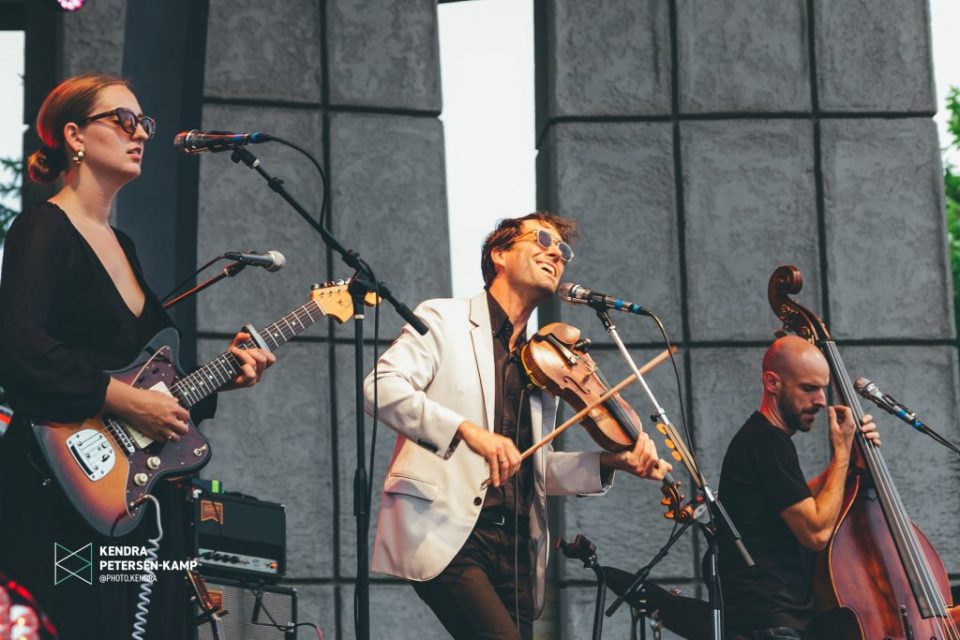 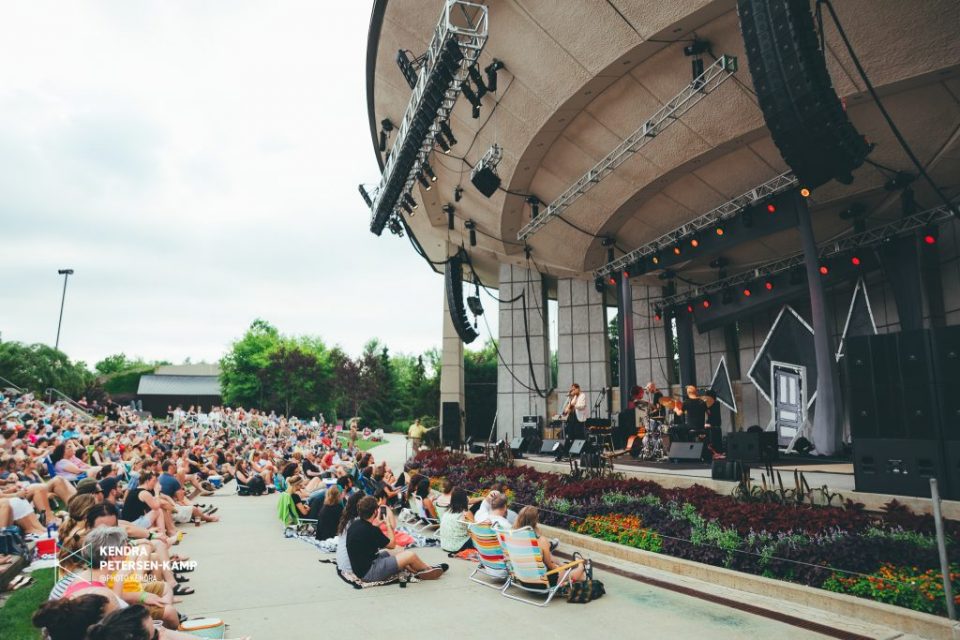 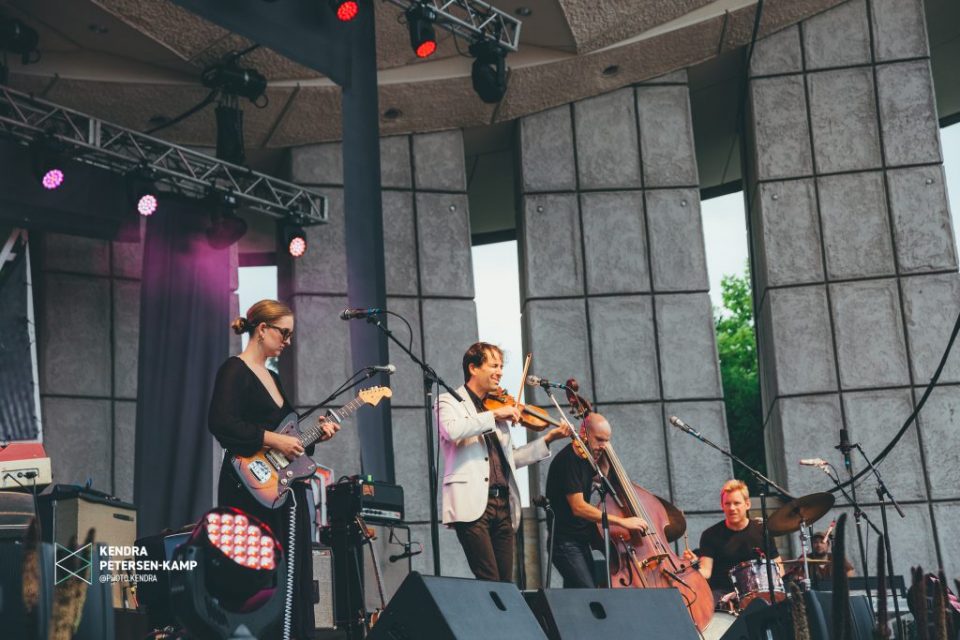 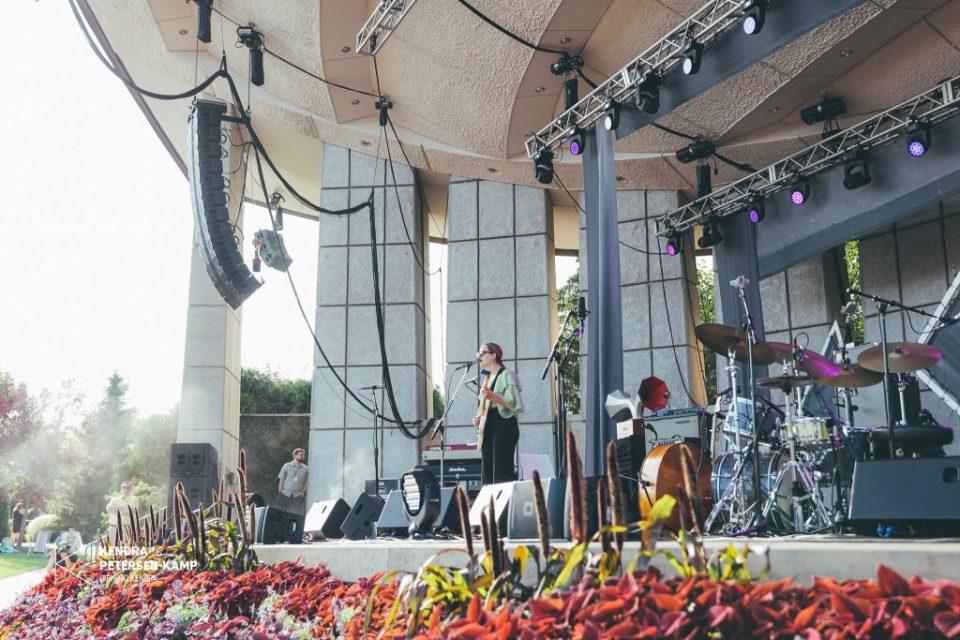 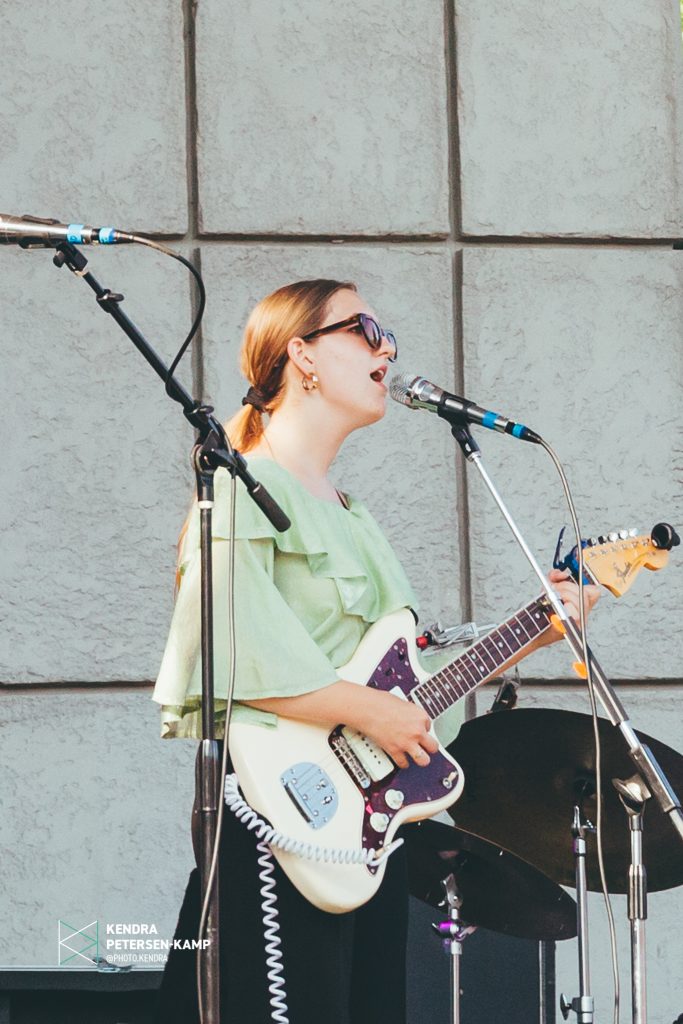 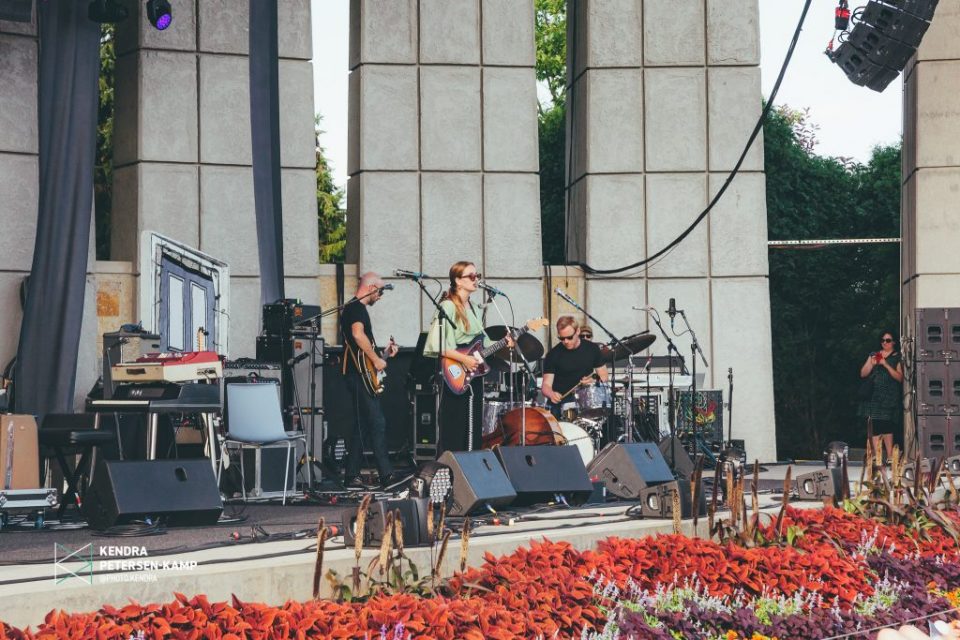