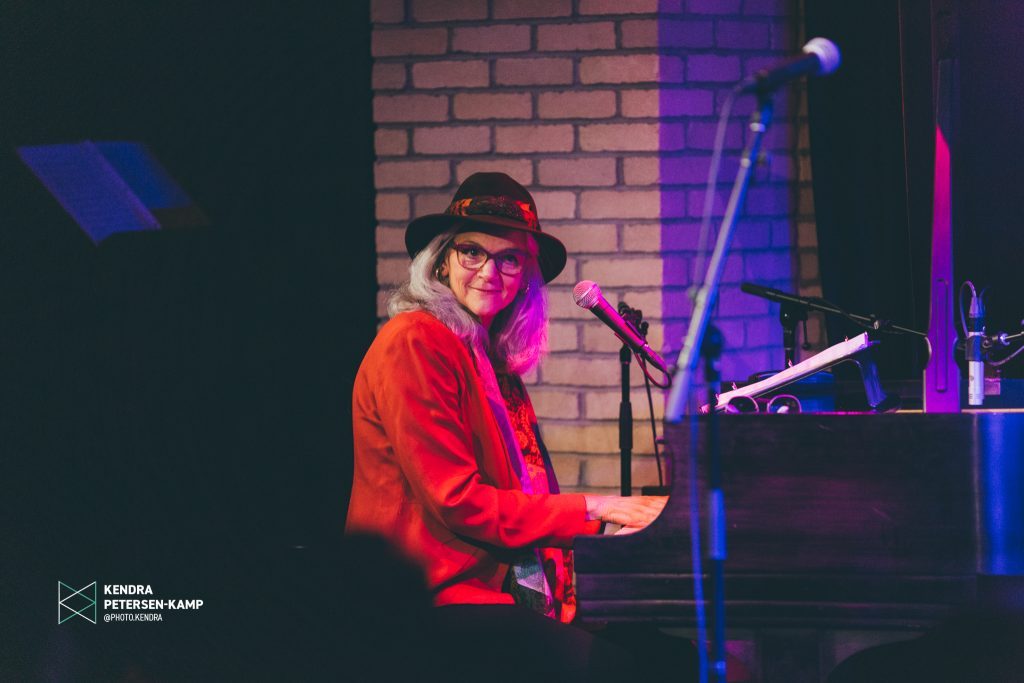 Mesmerizing Influences: Robin Connell cites some well-known icons. This image of the pianist is the featured photo for May in the 2021 Local Spins Calendar. (Photo/Kendra Petersen-Kamp)

EDITOR’S NOTE: All musicians trace their inspiration to key recordings that captivated them and influenced their own music. Today, Local Spins writer Ross Boissoneau showcases the albums that changed the world for Grand Rapids pianist Robin Connell, along with a release she’s currently loving. Plus, scroll down for a Spotify playlist of all the artists she chose.

Jazz pianist and vocalist Robin Connell is familiar to audiences around the region. The winner of multiple arts grants, she frequently performs with her husband, trombonist and vocalist Paul Brewer, in duos and quartets, playing their original arrangements of jazz standards. She holds a Doctorate in Music Theory & Composition and is devoted to jazz education, having spent 20 years on the jazz faculty at Interlochen Arts Camp and 17 years teaching music theory at Grand Rapids Community College. She currently teaches jazz studies at Aquinas College and co-directs the St. Cecilia Youth Jazz Ensembles.

Connell was awarded the ArtPrize jazz music prize in 2016, and was named Jazz Musician of the Year in 2017 by the West Michigan Jazz Society. Despite her love for the following recordings, she says it wasn’t really any particular record that inspired her life’s work. “It was experiencing live jazz by world-renowned performers. Seeing it up close and personal changed my life. The recordings kind of reinforced that,” she said. 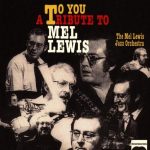 1. The Mel Lewis Jazz Orchestra, “To You, A Tribute to Mel Lewis” – We have a huge collection of Thad Jones-Mel Lewis Jazz Orchestra recordings. Every one of them has been listened to thousands of times. Since I discovered the band in the 1980s while living in New York City, it has been my “go-to” jazz band. This particular CD was released following Mel’s death in 1990 (Jones had passed a few years earlier). The compositions, all written by band members, are so interesting and complex compositionally. I count as a highlight of my life the years I spent in NYC when I was able to study with a few of these musicians, especially Bob Brookmeyer and Earl McIntyre. I spent many Monday nights at the Village Vanguard listening to the band. Listening to them on this recording brings it all back and reminds me of my good fortune.
Listen: “Bob Brookmeyer” 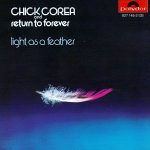 2. Chick Corea, “Light as a Feather” – This record was more accessible for me than bebop when I first started getting into jazz. I’ve been a singer all my life, so I was really drawn to Flora Purim (vocalist on the album). I learned to sing a few of Chick Corea’s songs and sang them with a semi-pro band in Grand Rapids back in the late 1970s. I just couldn’t believe how amazingly Corea played – so fluid and fast and accurate. I loved the fusion sound and instrumentation that was not brass/sax oriented. Corea was one of a handful who balanced a career between acoustic and electric music, exploring so many different styles and instrumentation. I’ve always been a fan. I’ve been to a lot of concerts but can say that his performance at St. Cecilia may be the best concert I’ve ever attended. The music was simply mesmerizing.
Listen: “500 Miles High” 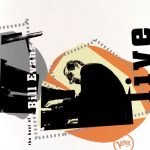 3. Bill Evans, “The Best of Bill Evans Live” – It’s rare for much time to pass without one of us putting on a Bill Evans CD (OK, these days we still have all the CDs but don’t have a CD player). There are a few artists for which we have multiple albums, but Evans, by far, is most represented in our collection. I estimate we have about 30 albums. “The Best of Bill Evans Live” is one we listen to the most. This is a compilation of live trio recordings in various clubs/festivals, with different bassists & drummers. The only constant is Bill.

Evans set the standard for a lineage of jazz piano that many others have followed, including those who have carved out their own unique voices (Fred Hersch, Bill Charlap, Aaron Parks all come to mind). The confluence of harmony, rhythm, and flawless technique in his playing are astounding to me. He is the jazz pianist’s pianist. As much as I love and am inspired by so many others – Wynton Kelly, Cedar Walton, Oscar Peterson, Red Garland, Jim McNeely, Chick Corea, Herbie Hancock – I always return to Mr. Evans.
Listen: “Emily” 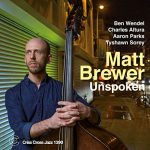 Currently Loving: Matt Brewer, “Unspoken” – This album is by my stepson, his second as a leader. It’s cutting edge. It’s not easy for me to hear or understand the structure of Matt’s compositions. Instead, I allow myself to let go of my somewhat academic mindset and allow the music to unfold without expectation. There truly is nothing predictable in these pieces and, true to the jazz tradition, each piece will unfold differently each time it is performed. They do Bird’s “Cheryl,” and you don’t really hear the melody till the end. Matt is at an artistic level in which he is able to improvise compositionally, interweaving ideas with his fellow musicians that always seem so incredibly organic, with never any posturing or bravura. And it’s fun to recognize a piece he worked on at our piano here in Grand Rapids. I absolutely love that his career has influenced my music uploads as I’ve come to enjoy so many of the musicians he tours and records with. Ben Wendel, saxophonist on this CD, is also a jazz bassoonist. Yes, that’s right, that’s not a typo! Matt plays on a duo record of his that’s just beautiful.
Listen: “Juno”

MUSIC THAT CHANGED HER WORLD: The Robin Connell Playlist on Spotify