The first batch of regional releases reviewed at Local Spins in 2020 boasts a wild mix of music from an eclectic bunch of artists. Read the reviews, listen to the music. 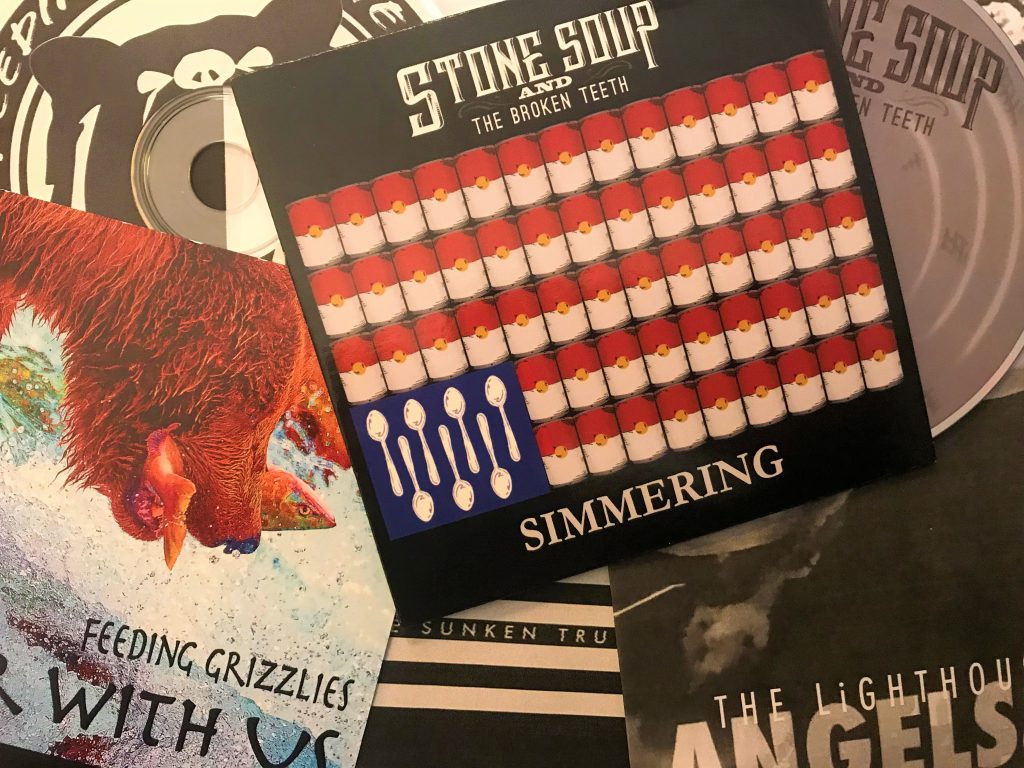 It’s winter and, yes, this is just the tip of the iceberg when it comes to new regional album and EP releases.

But we’ve gotta start somewhere, so welcome to the first roundup of Local Spins album reviews for 2020 — a dizzying mix of releases by Michigan bands, some of them making their debut.

Check out the reviews by Ricky Olmos and Jamie Brackman, listen to music from each of the featured artists and see where some of these acts will be performing. 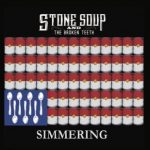 What Stands Out: This album blasts off with a Southern rock guitar riff that leads seamlessly into a big-band Americana sound. With gritty guitar, howling vocals, soaring organ, big brass, tight drums and funky bass, “Simmering” is a great introduction to this rootsy band. On this first album, Stone Soup utilizes a seven-member lineup to create a range of interesting moods and textures. Soulful lyrics and vocals from Nathan Walton lead the dynamic musical movements, which range from Southern rock to jazz and blues.
Digging Deeper: Stone Soup & The Broken Teeth is a band looking to do more than just put together great music. As the size of the band indicates, this group is all about music’s power to bring people together. The lyrics speak to the struggle of the disenfranchised American working class and poor, and point toward unity and perseverance. The music here is a vehicle for a larger social statement which might be most evident on the final track “Diamonds (Wars Best Friend).”
Perfect For: Fans of roots rock and neo-Americana revival in the vein of Nathaniel Rateliff & the Nightsweats, Leon Bridges and St. Paul & the Broken Bones. – Jamie Brackman
Website: https://www.stonesoupgr.com/
Upcoming Shows: Jan. 17 at Tip Top Deluxe Bar & Grill in Grand Rapids (album-release show), with Rachel Curtis and The Bootstrap Boys
Listen: “Money” 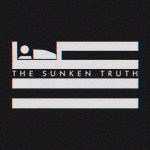 The American Hotel System
“The Sunken Truth”
What Stands Out: This album opens with droning synth, strings, chanting vocals and a haunting spoken word piece about waking up to the injustices of Western society. After setting the tone with this intro track, The American Hotel System announces itself with guitars and full instrumentation on the second track, “The Feeling,” and delivers a unique and sophisticated rhythmic rock style with soaring vocals and intricate instrumentation. The signature rock sound of the album approaches hard rock, but also incorporates blues and folk rhythms. “The Sunken Truth” is a sophisticated work that represents years of creative contemplation and it is an absolute treat to listen to.
Digging Deeper: The dynamics of this album are interesting. Rather than having a single style or consistent tone, “The Sunken Truth” utilizes some transitional tracks and interludes which place this album squarely in the category of art rock. A self-described “melding of hard rock, Americana and folk,” listeners probably won’t know what’s coming next at any given time throughout this eclectic album. All of it is high quality, thought-provoking music that speaks to people who are finding meaning in contemporary Western culture.
Perfect For: Fans of The Smashing Pumpkins, Coheed and Cambria, and 30 Seconds to Mars looking for something a bit more contemporary and closer to home. – Jamie Brackman
Website: https://www.americanhotelsystem.com/
Upcoming Shows: Feb. 20 at Stella’s Music Club in Cleveland (The American Hotel System played its official album-release show at The Pyramid Scheme on Dec. 20)
Listen: “The Feeling” 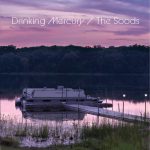 What Stands Out: In a unique collaboration, Lansing-based Drinking Mercury and Grand Rapids’ The Soods share record real estate with a split LP. Highlights from Drinking Mercury include “Maribellum,” a slow-burning, guitar-driven number with angsty nerves and “Tin Man,” which offers a cohesive journey that builds and breaks like grungey waves over an acoustic shore. Jason Roy’s The Soods is a nuanced and ambitious project. Collaborating with the likes of Matt Ten Clay, Chris Coble, Patrick Wieland, Shane Tripp and Elroy Meltzer, Roy employs his compositional skills while showcasing the songwriting and vocal talents of his friends. Notable tracks include “Cool Gas Halo,” which revs its engine down a road of rambling drums and righteous riffs, and “Ascot,” an outer space ballad featuring synths that slow dance with twinkling pianos.
Digging Deeper: Although there’s ample heart in Drinking Mercury’s half of the album, the performances are rough around the edges and production wavers, especially when it comes to drums and vocals. The second half, by The Soods, provides a more diverse musical palette, stronger performances and more polished production.
Perfect For: Winter lulling; walking over rain-soaked sidewalk leaves; gazing at a gloomy snowfall – Ricky Olmos
Websites: (Drinking Mercury) https://www.facebook.com/drinkingmercurymusic/
(The Soods) https://www.facebook.com/thesoods/
Upcoming Shows: Drinking Mercury – Jan. 23 at Listening Room in Grand Rapids (with Lybrandt); Jan. 25 at Rockford Brewing in Rockford
Listen: Maribellum (Drinking Mercury) 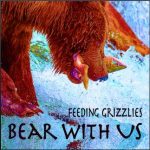 Feeding Grizzlies
“Bear With Us”

What Stands Out: This EP from the Grand Rapids rock trio Feeding Grizzlies opens with a driving guitar riff and frenetic drum and bass to match. With vocals somewhere between Jack White and Geddy Lee, guitarist and frontman Grant VanderKallen leads the trio in a sound that is dynamic and guitar-driven throughout. There are no anthems or slow jams to be found here; the EP showcases the band’s high-energy sound that seems to draw from influences in blues, punk and classic rock.
Digging Deeper: This is a solid and energetic EP release from a new band in the Grand Rapids scene. The production of the EP isn’t overly polished, but “Bear With Us” packs a punch and highlights this emerging band’s musicality and talent. “Gone are the Sinners” is probably the catchiest song on the album, with an interesting vocal sample in the chorus which sets it apart from the other tracks on the EP. “Bear With Us” is concise and delivers a consistent vibe that is worth checking out for any rock fan.
Perfect For: Fans of The Black Keys, Judas Priest or Led Zeppelin looking for a new take on guitar rock; driving around the outskirts of the city a little too fast, or a short and intense workout at your local gym. – Jamie Brackman
Website: https://www.feedinggrizzlies.com/
Listen: “Telephone” 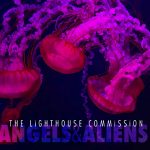 The Lighthouse Commission
“Angels and Aliens”

What Stands Out: This 12-song LP feels like a time portal to another era with its driving rock ‘n’ roll backbone. Right out of the gate, “Colorado Water” provides a foot-tapping tempo and well-rounded instrumentation. Following, “Feel so Good” chills things out with a groovy electric guitar riff and longing lyrics that resolve into an expansive guitar solo. Other notable tracks from this Grand Rapids band featuring Jim Prange, Jon Chuchvara and Kevin Grant include “Longest Train,” an ambling number that drifts through slow-stirring musical terrain, as well as “I’ll Be Waiting,” a floaty, almost slow-motion jam that slurs its way down a spinning corridor of guitar riffs and sparkling solos.
Digging Deeper: Although thematically cohesive, “Angels and Aliens” at times sounds instrumentally jumbled and it can be difficult to define instruments from one another, including vocals.
Perfect For: Pondering up at the heavens; getting abducted by rock ‘n’ roll Martians; drifting into outer space – Ricky Olmos
Website: https://www.facebook.com/lighthousecommission/
Listen: “I’ll Be Waiting”