Venerable punksters tap 1980s LPs for fans at The Pyramid Scheme on Monday, evoking weird politics and relentless energy — and delivering one of Grand Rapids’ best punk shows ever. 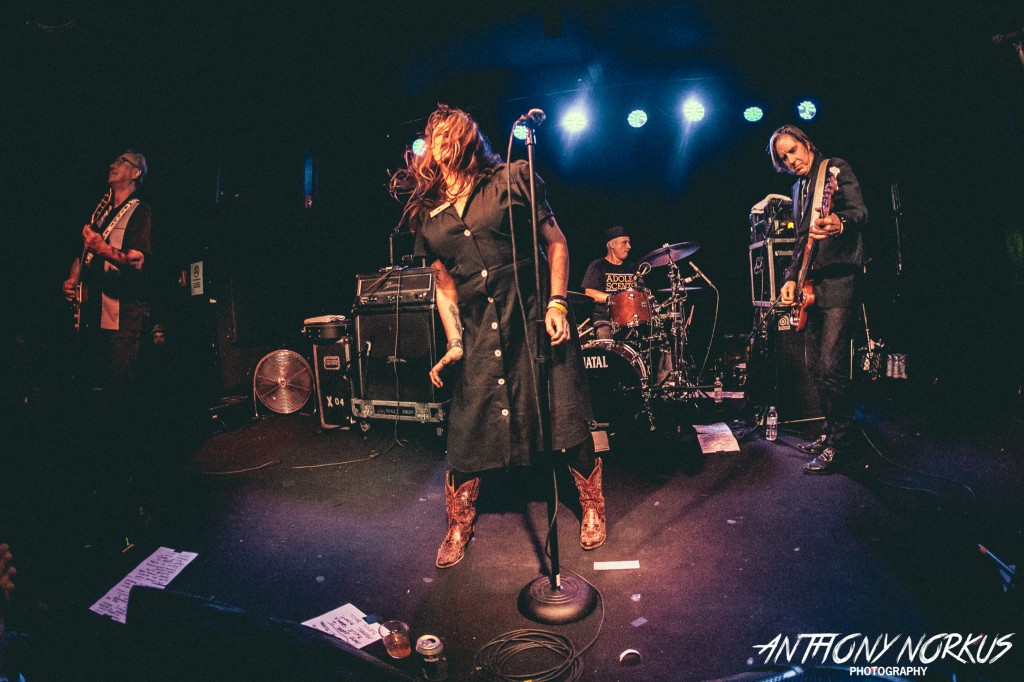 SCROLL DOWN FOR FULL PHOTO GALLERY AND SPOTIFY PLAYLIST

There may be no punk band that captures the true weird spirit of America better than X.

Over a career that has spanned 37 years, X has taken the driving force of rockabilly and twisted working class pathos of country and mutated it into a raw brand of punk rock all its own. The band still comprises its four original members — singer Exene Cervenka, singer/bassist John Doe, guitarist Billy Zoom and drummer D.J. Bonebrake — and time has done nothing to diminish its power. 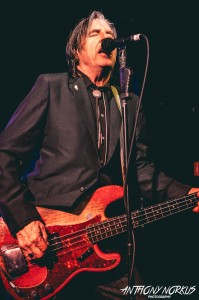 John Doe on stage at The Pyramid Scheme. (Photo/Anthony Norkus)

Ex-spouses Doe and Cervenka have always been the focal point of X. Doe arrived nattily dressed in a black suit jacket, blue jeans and a bolo tie. Pumping his leg like a piston, he flailed about the stage and led the audience in sing-alongs. Decked out in a black dress and maroon cowboy boots, Cervenka moved across the stage in a mystic trance dance. She alternated between belting lead vocals and offering soaring harmonies to Doe’s rich baritone.

The band hit the stage with a fiery version of “Your Phone’s Off the Hook (But You’re Not).” The energy was high from the get-go, but by the time they got to “In This House That I Call Home,” the stage was a conflagration of joy. Musically, “The Have Nots” was honkey tonk on steroids, and lyrically it was Bukowski via Steinbeck.

Throughout, guitarist Zoom stood stock-still, deftly peeling off lick after lick on his Gretch Silver Jet with an eerie serial-killer grin plastered on his face. Drummer Bonebrake sounded very much like giant V8 engine, and he broke a snare drum with his persistent pounding.

X ended its set with the one-two punch of “Johnny Hit and Run Pauline” and “Soul Kitchen,” before coming back for an explosive four-song encore. (Check out the Spotify playlist below.)

(Opening band, Not in the Face, from Austin, Texas, seemed to be aiming for power pop but landed in the realm of ’70s MOR schlock. It was exactly the kind of music punk was originally sent to destroy.)

At its worst, punk rock leads to nihilism; at its best, it carries the liberating power of shared delight. Judging from the genuine smiles on the faces of the audience and X band members alike, this may have been the greatest, purest punk experience Grand Rapids has seen in quite a while. 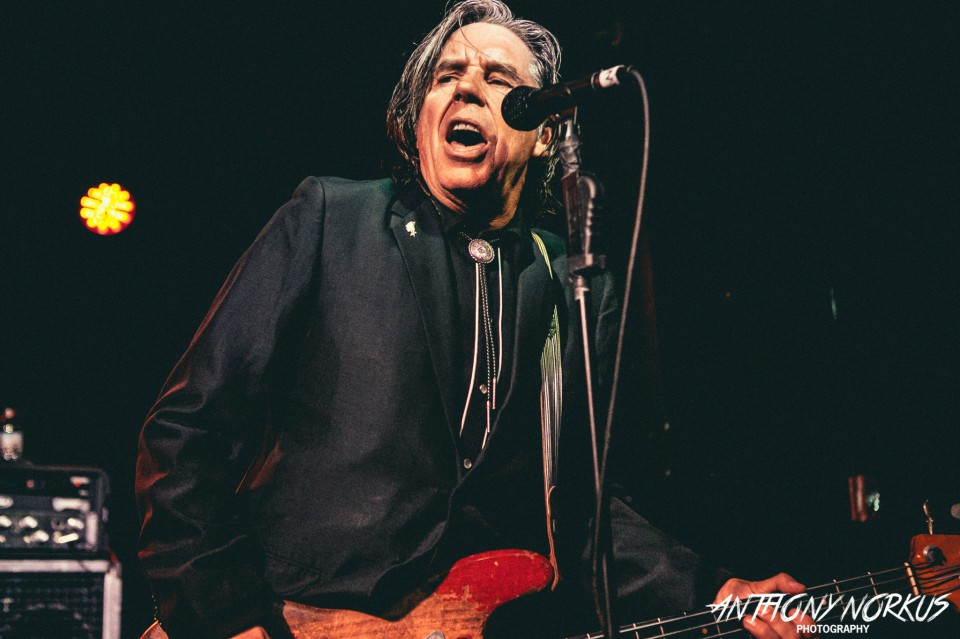 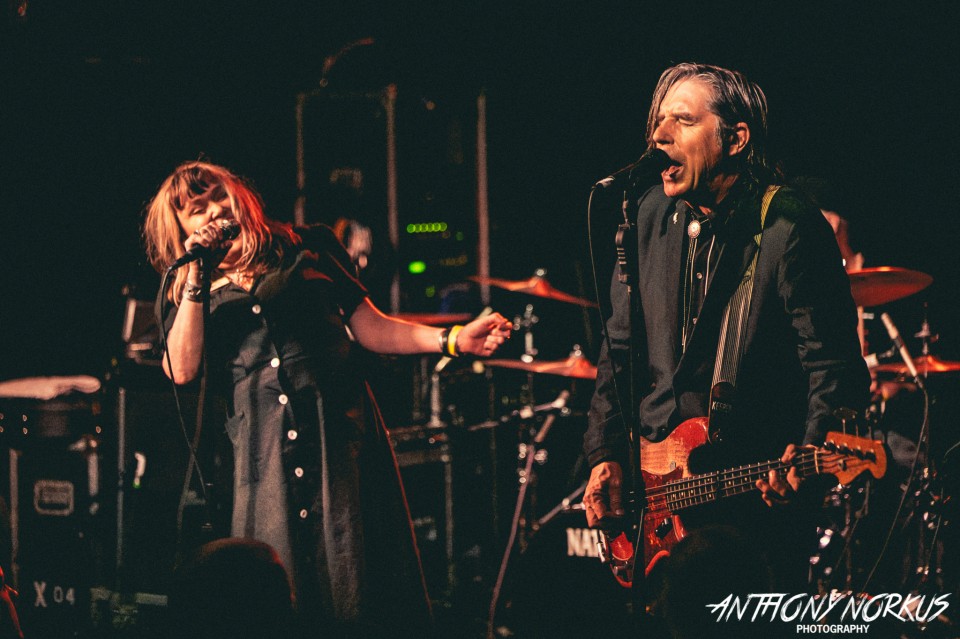 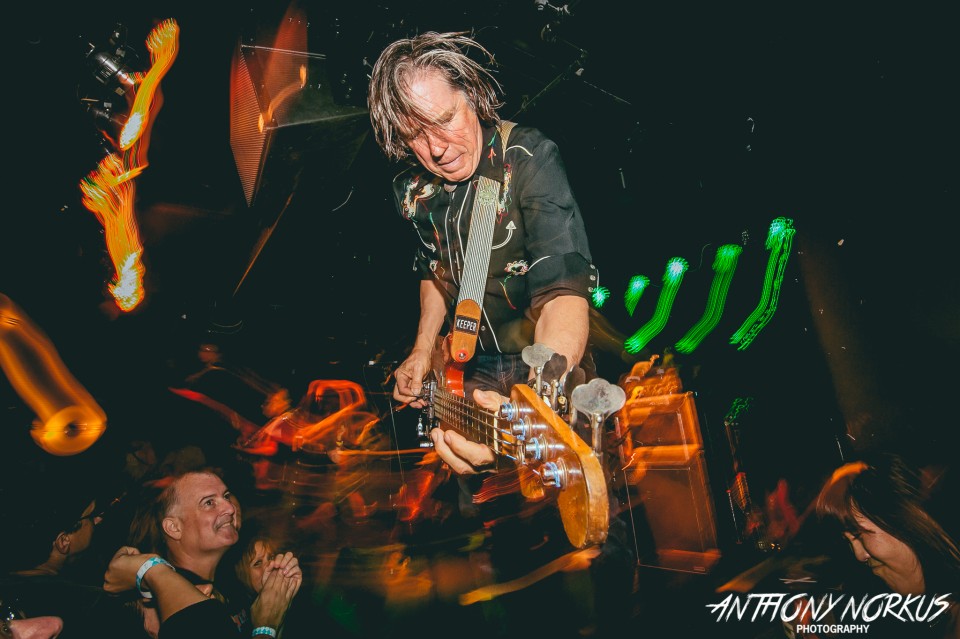 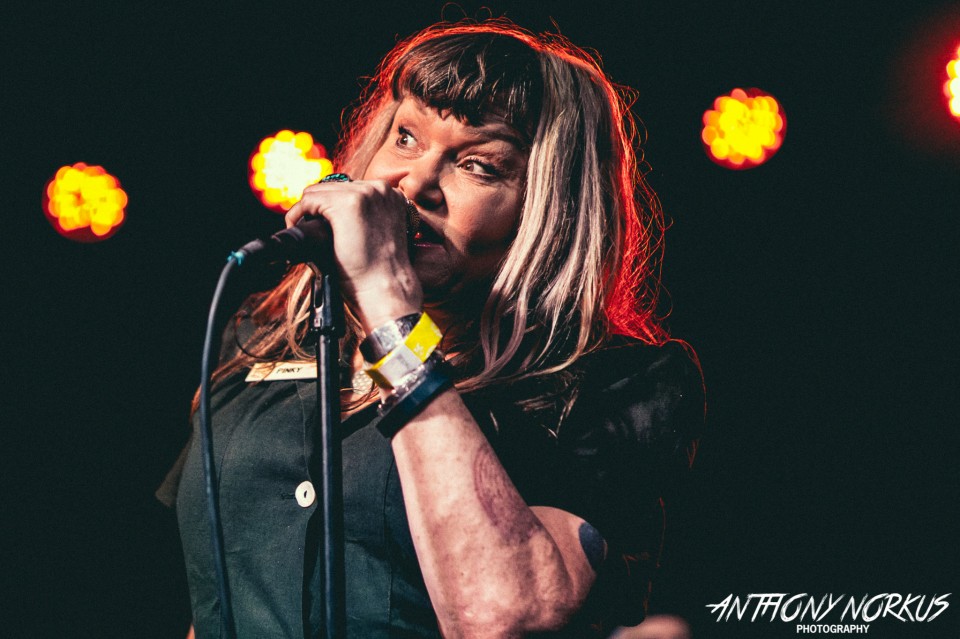 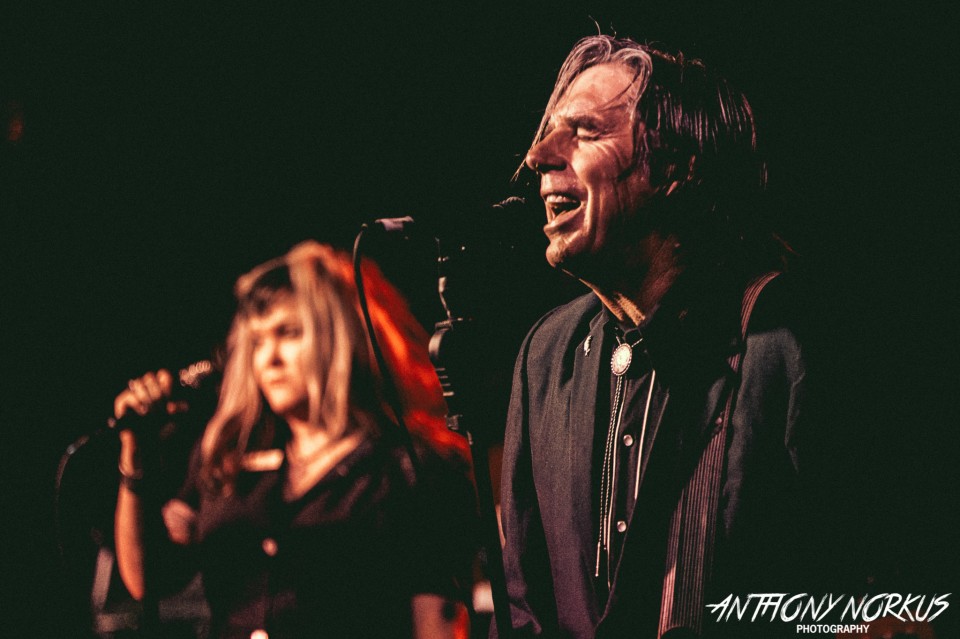 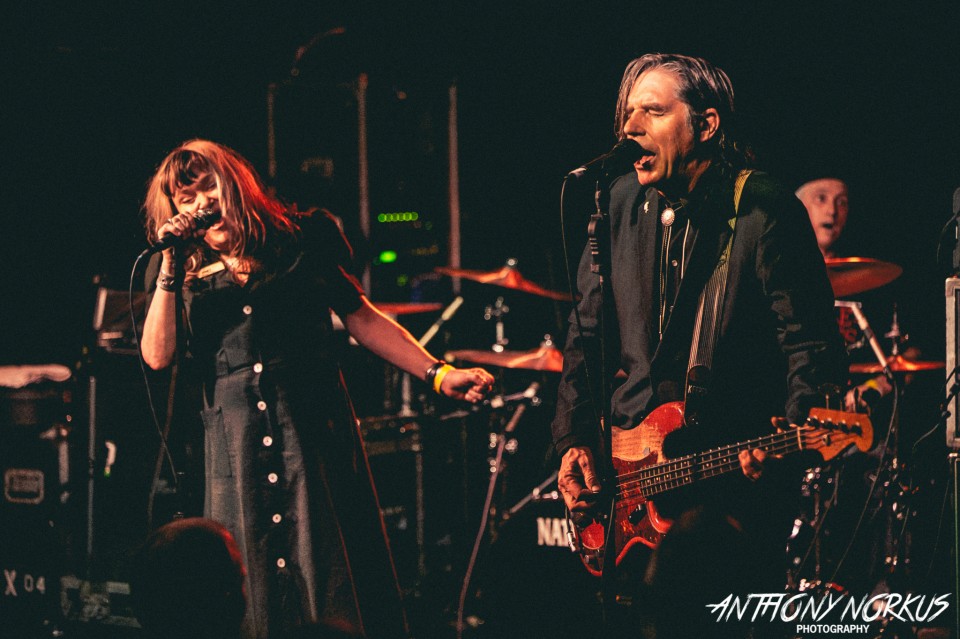 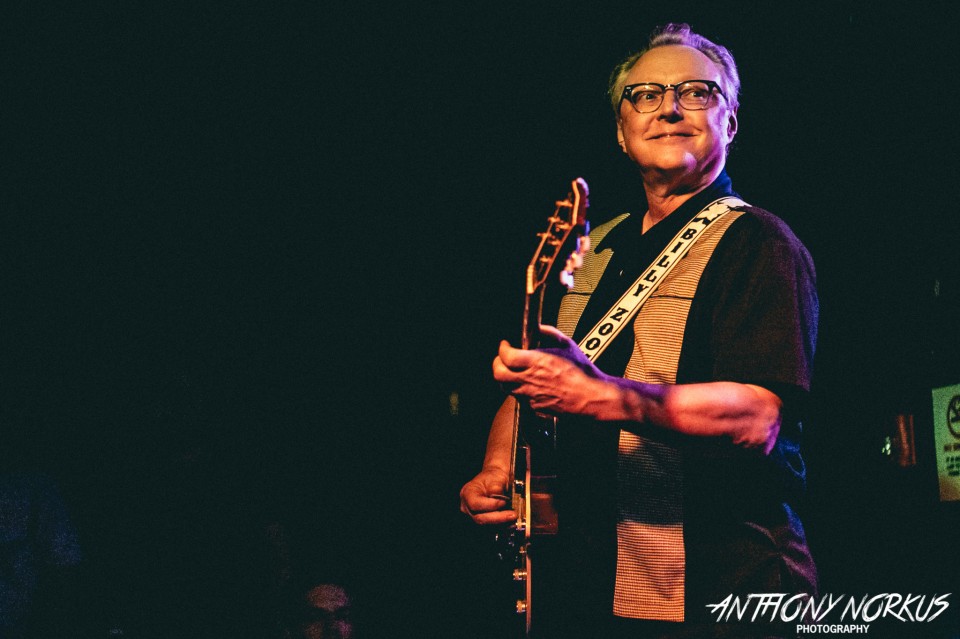 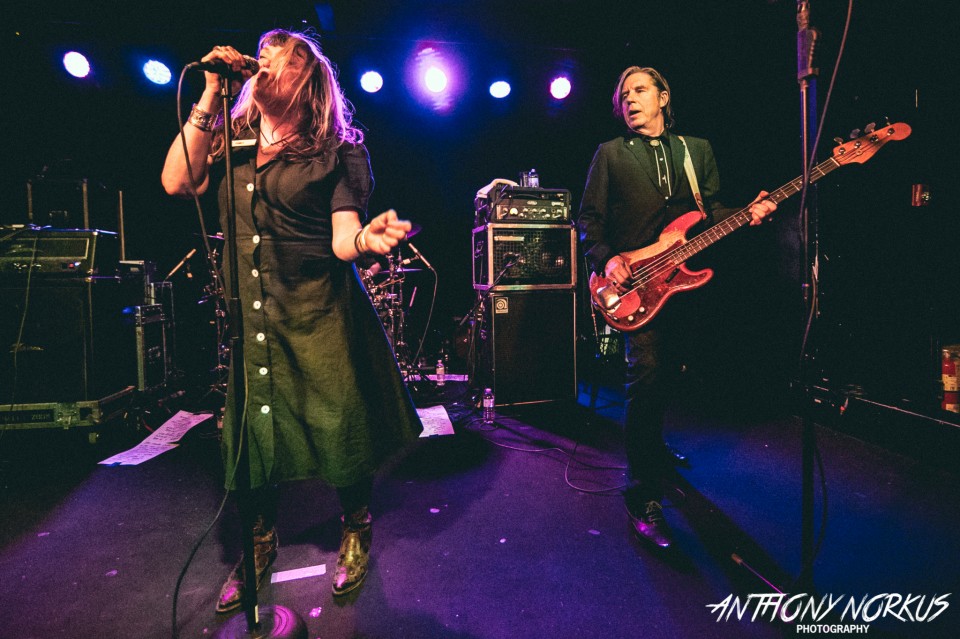 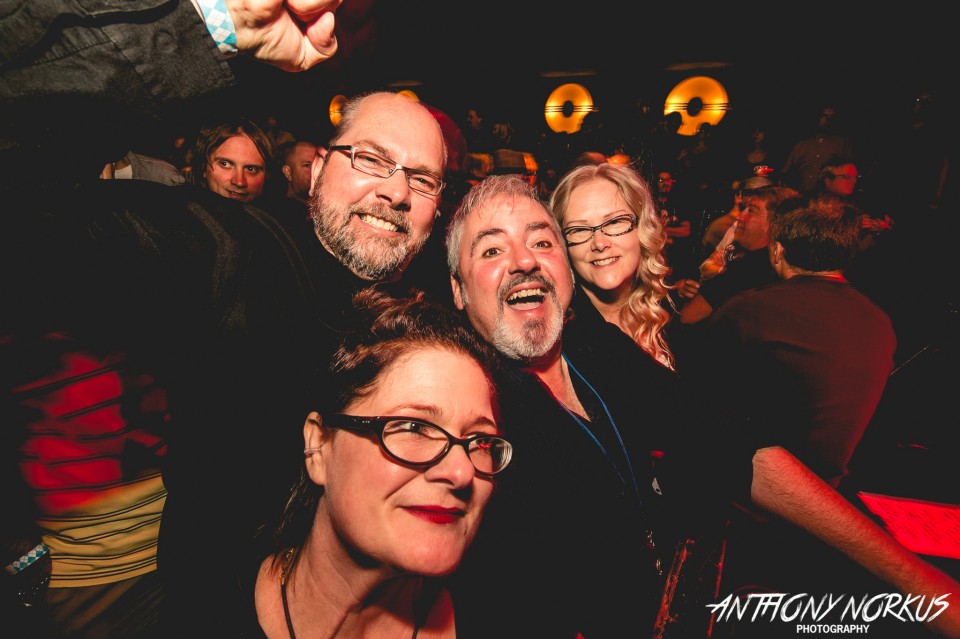 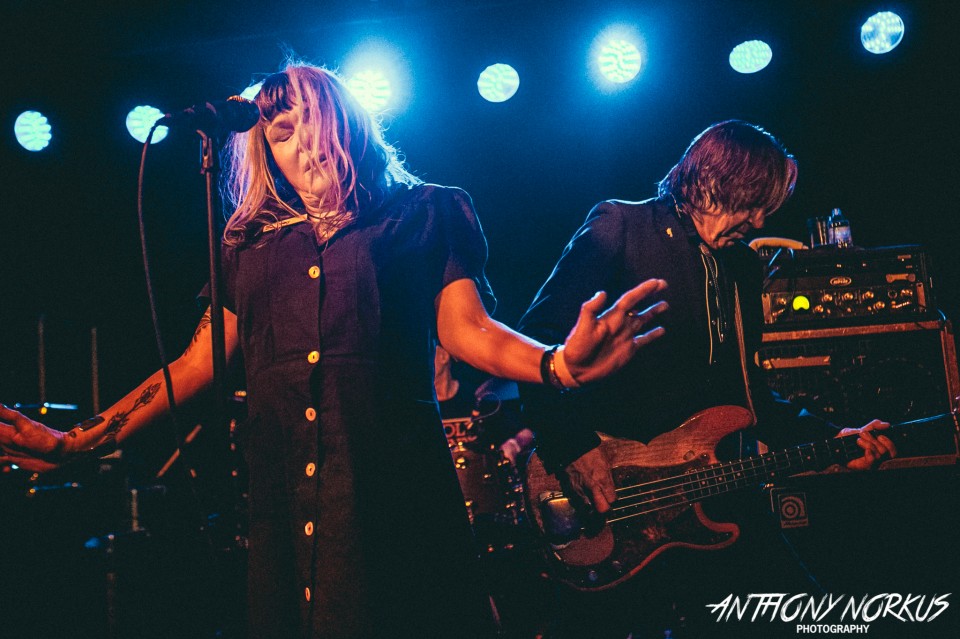 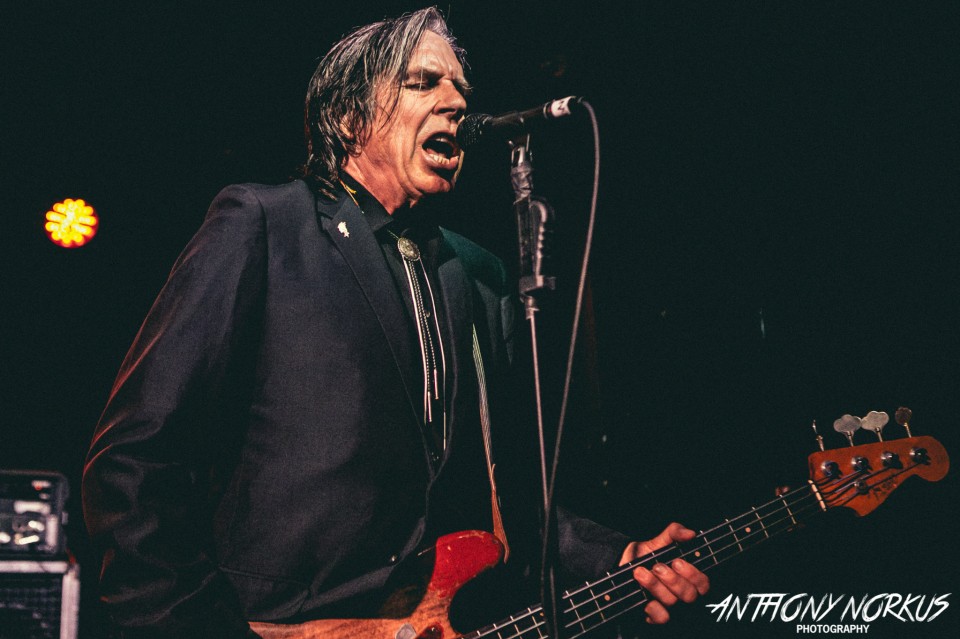 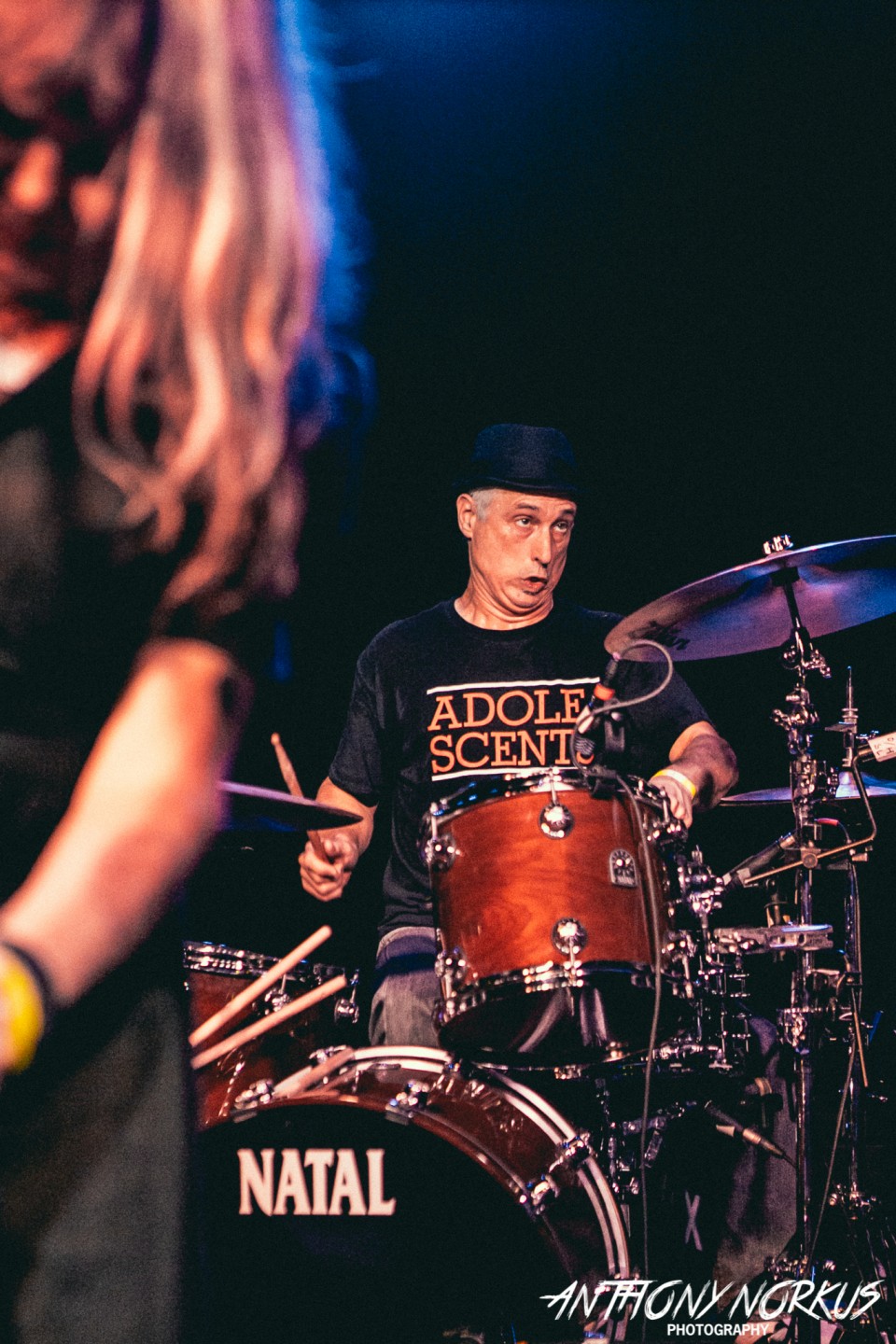 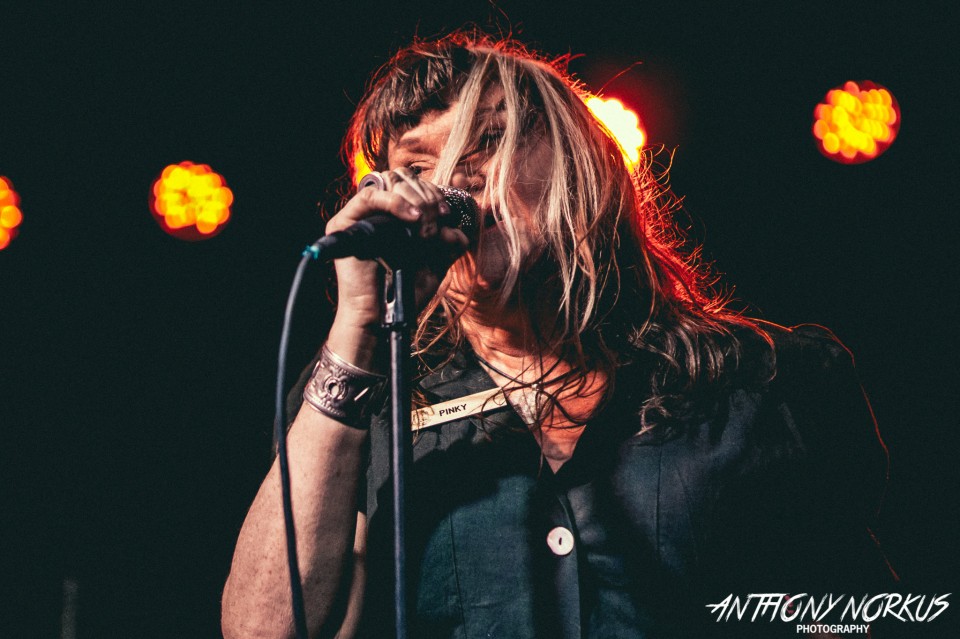 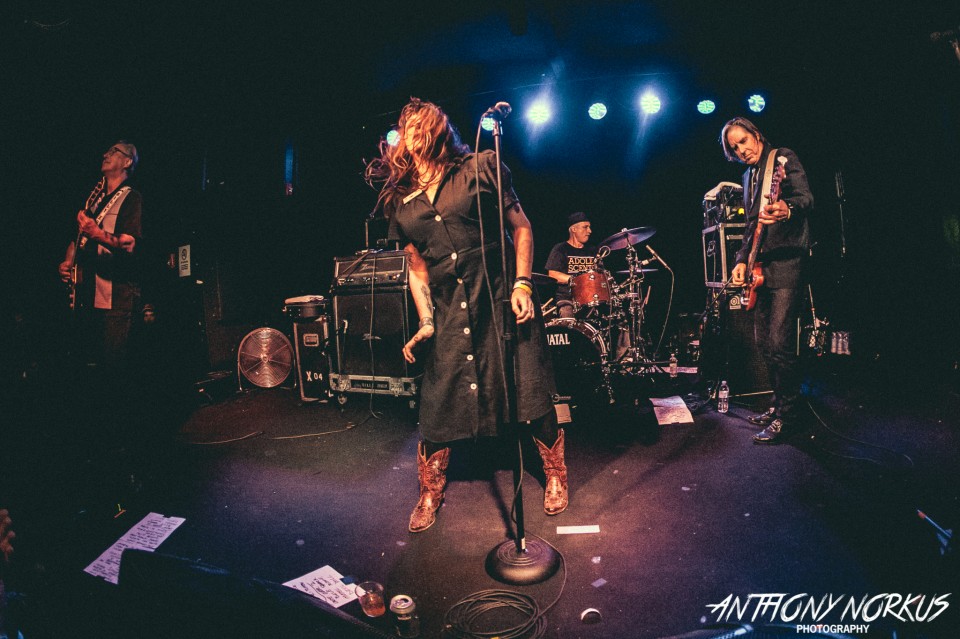 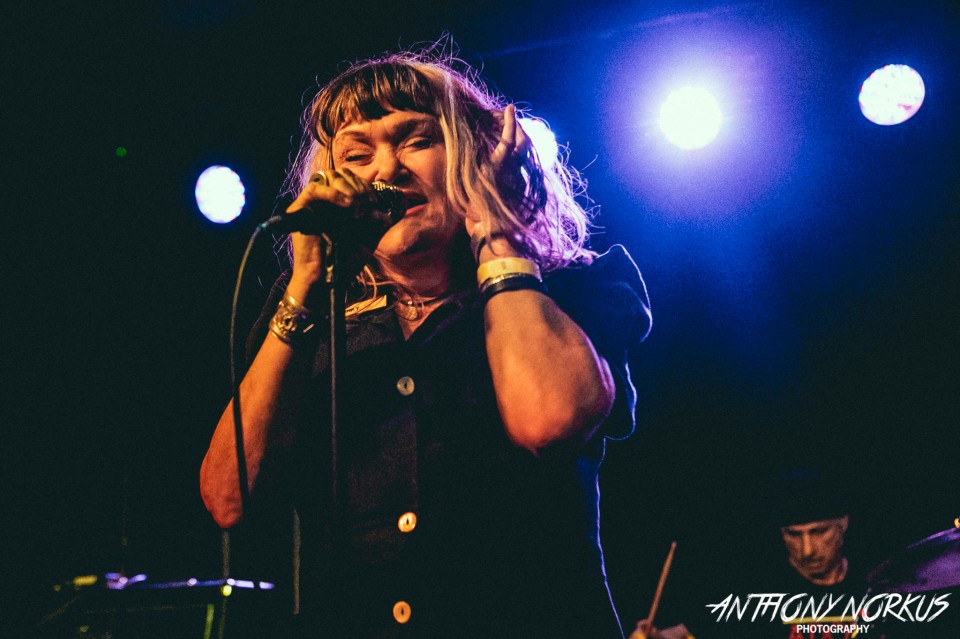 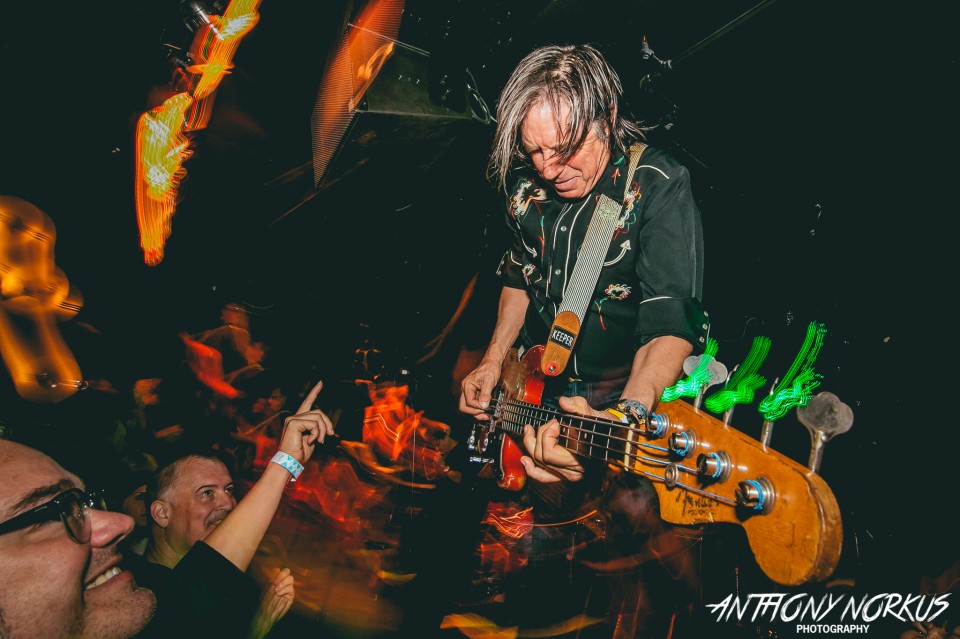 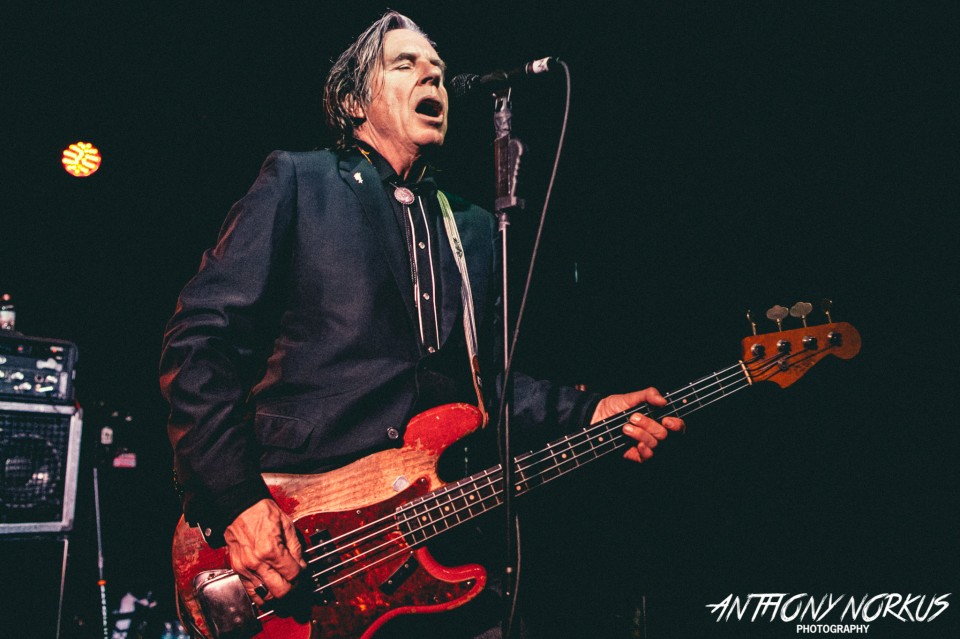 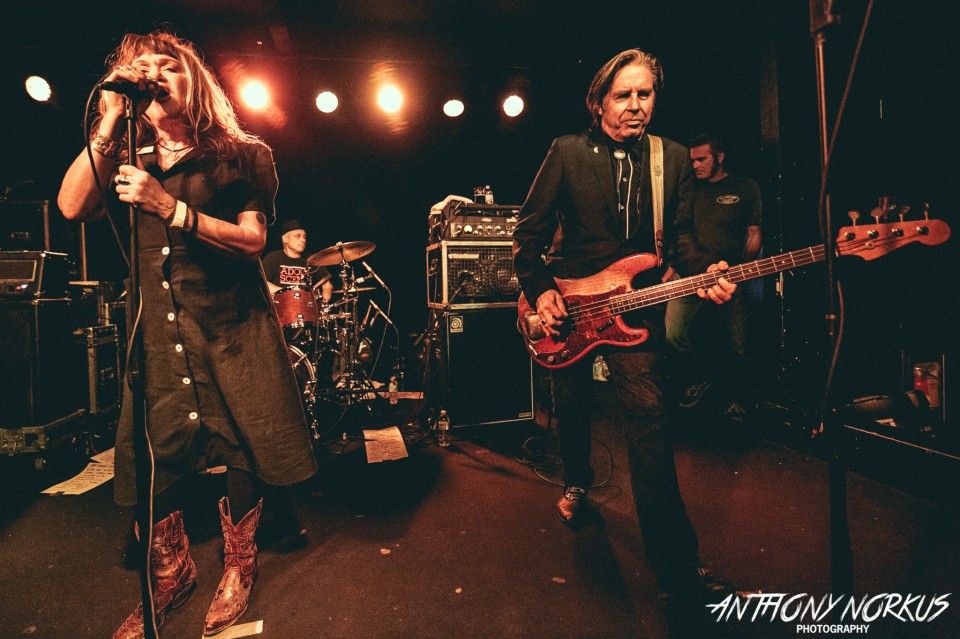 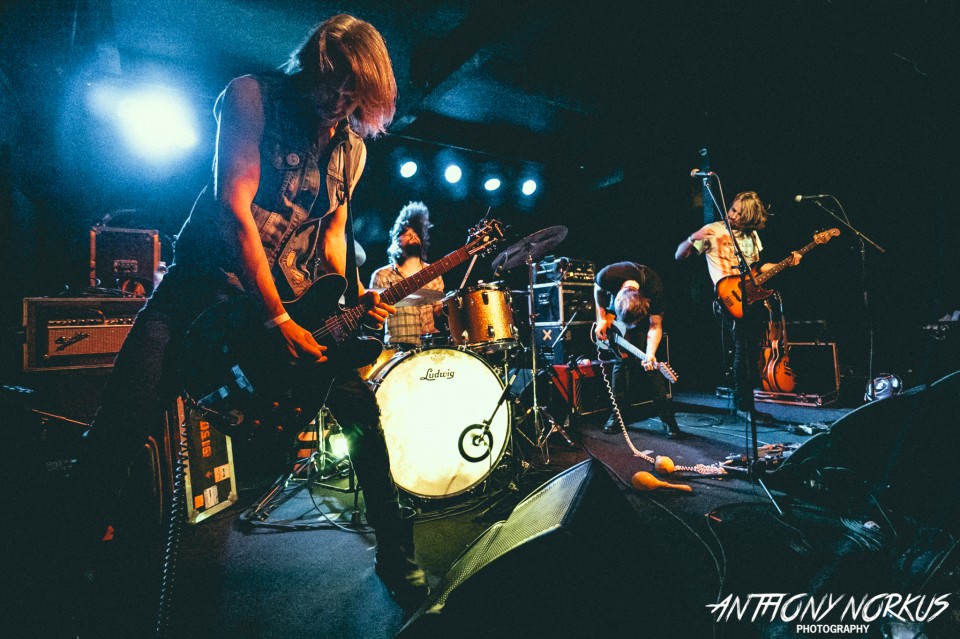 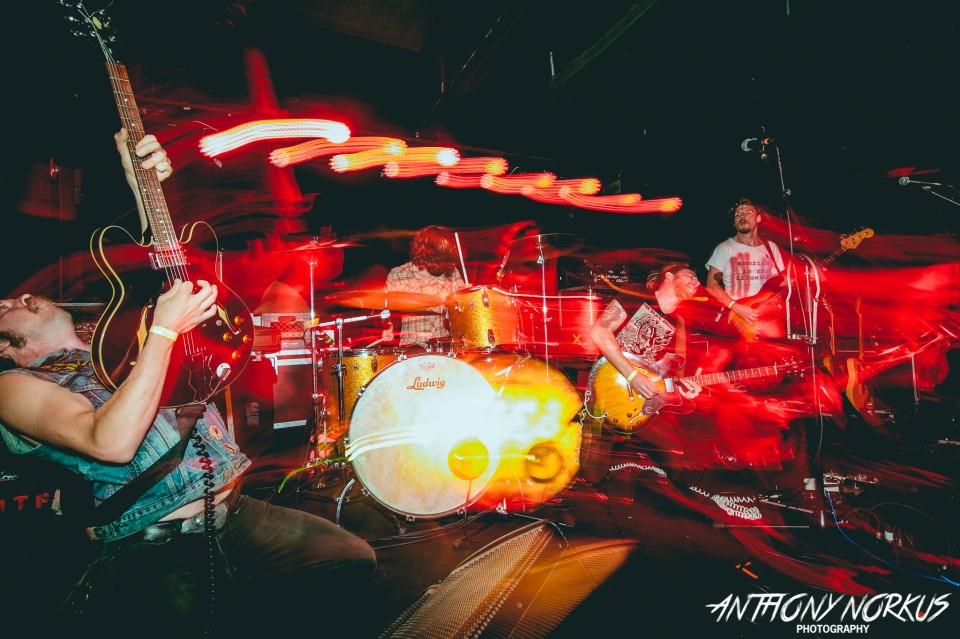 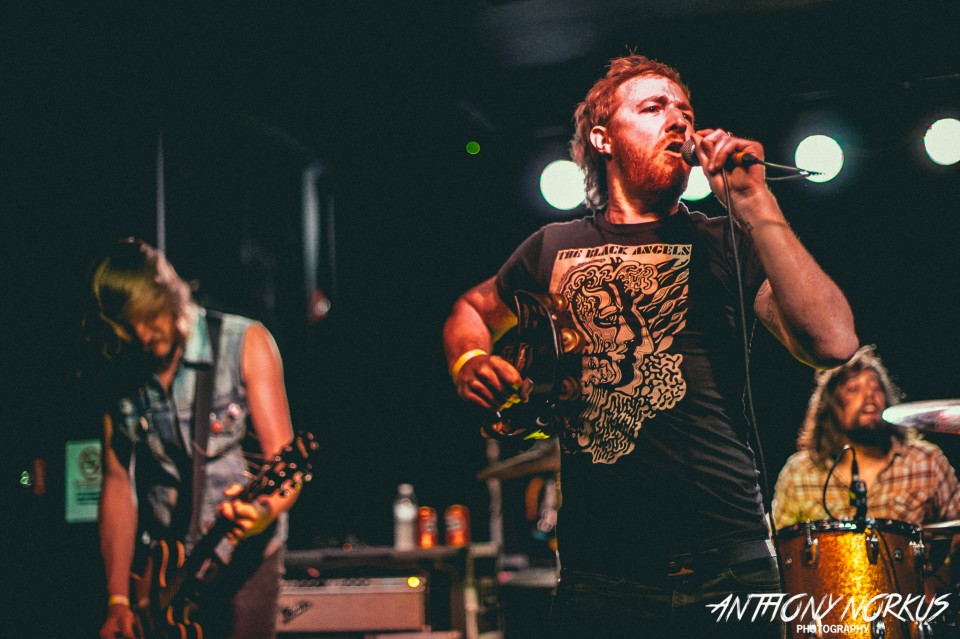 A Spotify playlist of songs played by X at the Pyramid Scheme is available here: