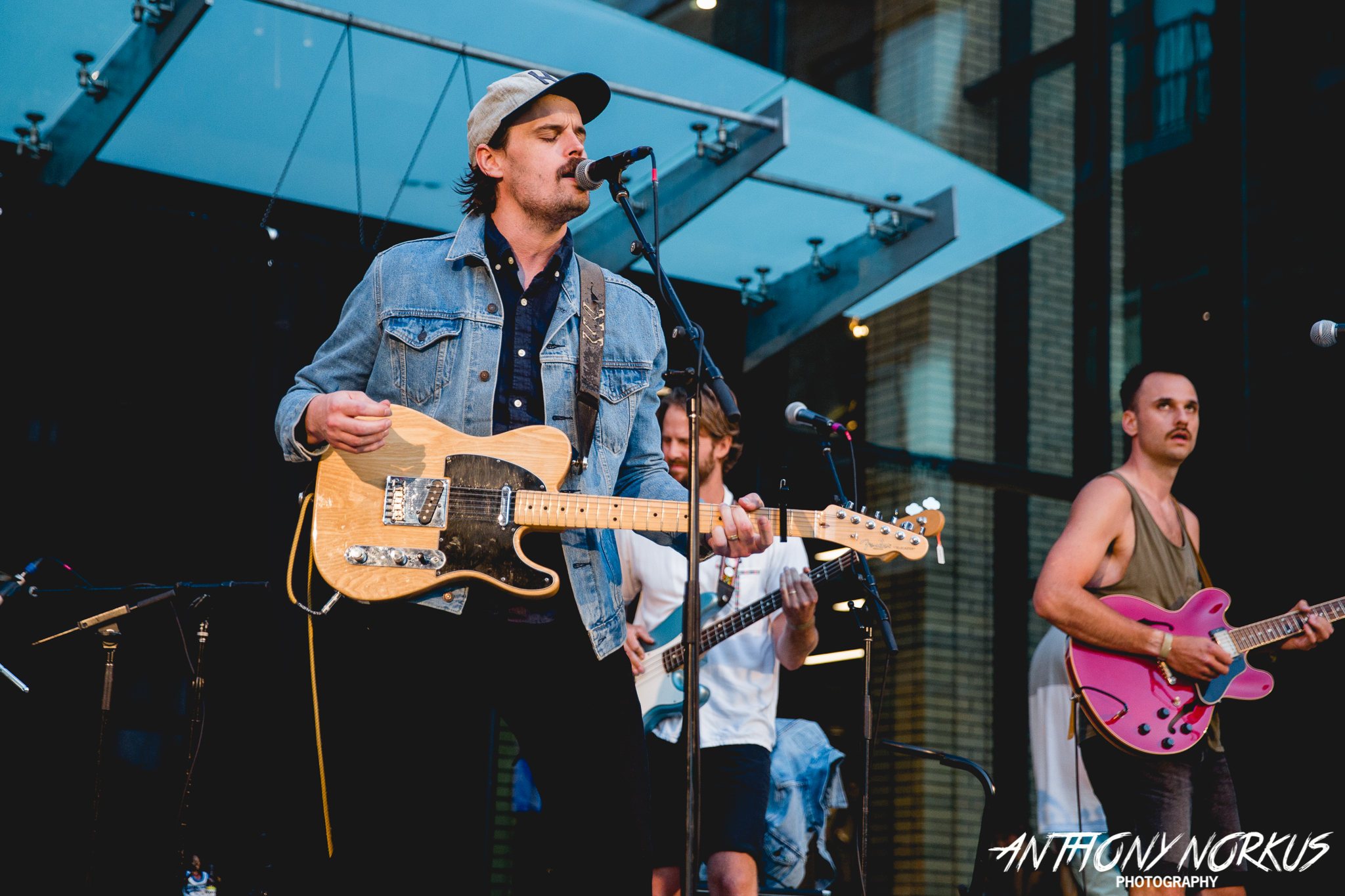 Jammies Pre-Show: Jack Droppers & The Best Intentions will play the afternoon ahead of the evening Jammie Awards. (Photo/Anthony Norkus)

After a stop-and-start, COVID-impaired hiatus, WYCE (88.1 FM) will unfurl its 2022 Jammie Awards at The Intersection in late June with an all-star lineup of Michigan acts.

For the first time, WYCE will also host a pre-party that Saturday afternoon with rock’s Jack Droppers & The Best Intentions and soul’s KJ & The Good Time Family Band playing the “Listening Lawn” outside Studio Park in downtown Grand Rapids at 2 p.m. “I used to think the Jammies were just an awards show before we played for the first time back in 2019, but it is more of a music festival meets family reunion,”
Droppers said.

“The GR music scene is a lot about collaboration instead of competition and we are so grateful to be a part of celebrating all the incredible artists in West Michigan. Of course, we are excited to play, but equally excited to just be present for the day.”

With a theme of “collaboration over competition,” the Jammie Awards XXII – which were canceled due to COVID for 2021 and postponed for 2022 until June – will follow the outdoor show at 5:30 p.m. on three stages at The Intersection in Grand Rapids with 25 acts performing.

Admission to the Jammies is a donation to WYCE; awards will be doled out in a host of different categories for best albums and songs of the year. WYCE also is partnering with the Michigan Music Alliance to present “The Ovations” awards for the first time, acknowledging “those in our community who made a difference and a wonderful impact during the pandemic.” 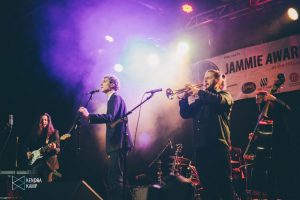 Performing at the Jammies: Cameron Blake will be back on that stage. (Photo/Kendra Kamp)

“After being dark in 2021, and pushing back the original February date in 2022, WYCE is thrilled to finally be back with the Jammies in June,” said Shane German, WYCE’s music director. “It has been too long of a wait for us to celebrate the best in Michigan Music and to do it in warmer weather should be a fabulous change.”

Blake, who’ll perform with Debra Perry & Majestic Praise, said the energy at Jammie Awards shows is “palpable” and his 2018 appearance there was filled with “so much love and support in the room, and that feeling always leads to the best performances. After a two-year hiatus due to COVID, I think our music community is ready to party under the same roof, and WYCE does such a great job of pulling it all together.”

As for Jack Droppers & The Best Intentions pre-show: “We are going to do a very different set this year because of the theme of collaboration attached to the Jammies,” Droppers said.

“Folks can expect us to play a lot of tunes from our ’21 release ‘Dad Rock’ but with some special guests, collabs and maybe even a full-on choir. I’m excited to share the stage with KJ as well, as we have been wanting to do a show together for a long time.”