With release of the band’s third full-length album, “Dad Rock,” Droppers opens up about getting in trouble while growing up in Florida, being a new father and crafting a record during a pandemic. 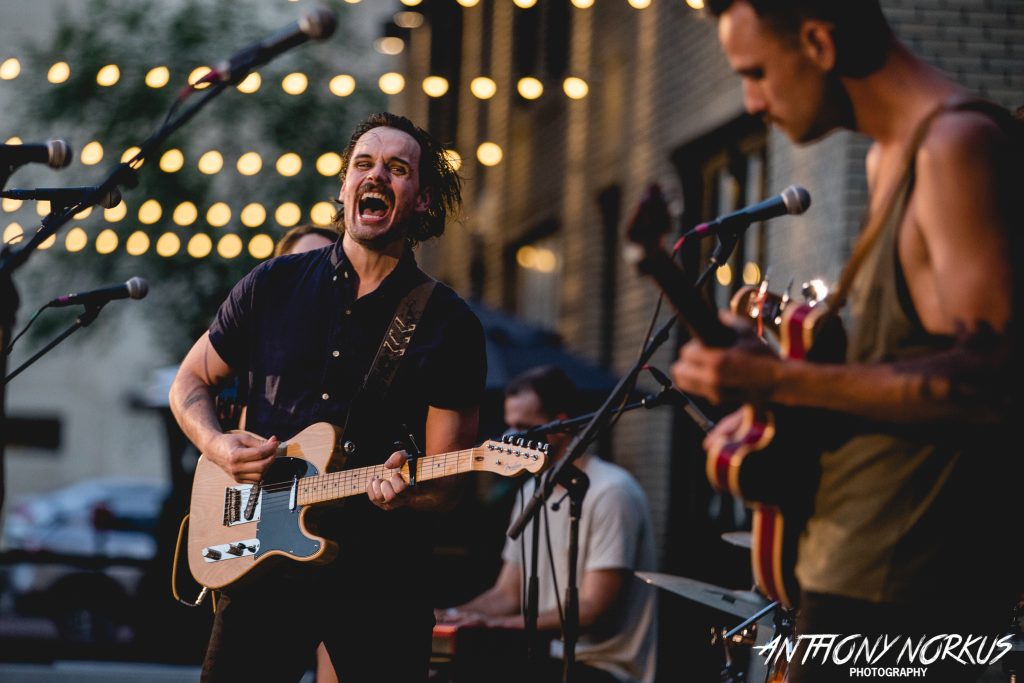 As a 16-year-old kid, Jack Droppers had a knack for getting into trouble.

Those were the days when he and his friends would load up a car to the brim with fireworks and cans of gasoline and have pyromaniac parties during scorching Central Florida summers. The cops were involved more than once.

The streak continued in college. Droppers and friends used to find themselves wrapped up in all kinds of shenanigans out of sheer boredom, including blowing things up, graffiti and theft. Droppers once rode a stolen wheelchair off of a rooftop.

Having grown up in Florida with a conservative upbringing, Droppers abstained from things like drinking in his youth, but instead found an outlet for his unbridled energy in acts of destruction and rebellion.

“It’s hot all the time (in Florida). So you’re always outside. And because I grew up in this evangelical culture, I was like, I’m not gonna drink alcohol. Which makes you really bored in high school, and probably got me into way more trouble than if I was doing what every other high school kid was doing,” Droppers recalls. 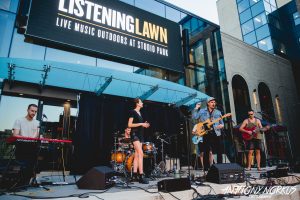 The Band in Full Flight: Finally emerging from a pandemic. (Photo/Anthony Norkus)

“I would say to that 16-year-old, ‘Figure out what it means to really accept yourself and love who you are. And do the work to understand who you are. It took me marrying a therapist to realize there are some demons and things that I need to pay attention to. And to move toward that pain versus just ignoring it.”

These days, Droppers reserves his wild energy for the stage and for his band’s recordings.

He is carefully setting up merch when I meet him at Studio Park on Friday (June 18) before the release show for the Grand Rapids rock group’s third full-length album, “Dad Rock.” Among the new goods are vinyl records, T-shirts and ball caps emblazoned with “Dad Rock.”

As we make our way inside, Droppers’ Ray-Bans come off, revealing a tired but intense gaze. He has reason to be a bit weary. Along with crafting a full-length record during the COVID-19 pandemic, Droppers became a father, and stepped into the role of Director of Student Activities at Calvin University, where much of his job includes booking shows and interviewing bands. Droppers is also pursuing his Ph.D. in divinity.

He’s had to balance his more rigid responsibilities with making art.

“I would say the big thing is, when I have the time to spend with music, I feel more attentive to the art. And I care a lot less about what other people think. And I think part of it is like, I just don’t have time,” Droppers says.

“But when we put out the first single, I was super depressed about it. Really, I just felt like we didn’t get the reception I wanted. So my wife literally paid a neighbor to go get ice cream and beer from the liquor store next door, and when I came home, they had decorated the house with pictures of Naomi, our daughter, and I was just like, ‘Oh, this is really what matters, right?’ ” (A new video for the track “Naomi” premieres at 11 a.m. June 22 online here.)

We climb the steps to the second floor, then make our way down a long hallway to the bunker of a green room, hidden behind the darkened walls of the venue. Vocalist Laura Hobson is seated on the floor of the dressing room in front of a mirror listening to music and brushing her hair.

Faith plays a key role in Dropper’s life and his art. He identifies as Christian, but is refreshingly honest about grappling with doubt and open about questioning his beliefs. Droppers is an ordained minister and has spent time as a youth pastor and even had a short stint as a lead pastor in previous years.

“I think ego is what drew me to want to be a pastor. I went to a megachurch, and I saw these celebrity pastors, and I was like ‘I want that.’ What drove me away was asking, ‘Do I really want these sorts of jobs because I want to do the work, or do I want to feel the validation?’” Droppers says.

“At the time, I was going through this season of not knowing what I believed. Do I only believe this because I’ve literally been paid to believe it? I used to tell people, sometimes it feels like I’m a professional Christian.

“Then I clock out. And most days, I still believe most of it. But like much of life, as my grip on it has loosened, there’s just part of me that knows I’ll never know. I’ll never know the origins of the universe, or what is God or was God. It’s been an interesting ride.” 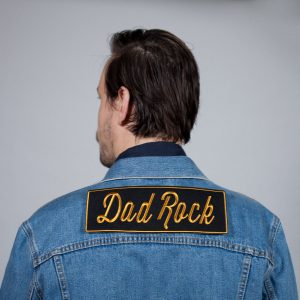 The New Album: “Dad Rock” (Listen to it here)

During the show as part of Listening Room’s “Listening Lawn” series, Droppers and his band revel in a flurry of rock ’n’ roll. Drums reverberate around the courtyard, guitars ring with distortion, and the “Dad Rock” frontman transforms into a wild-eyed rocker.

Some songs are dance-worthy, like “Your Mama,” a track about Dropper’s wife. Others are story-driven, like “Florida Man,” which boasts the poetic, self-reflective line: “Southern mothers will insist that you know the lord, but I’d have rather been a dirty sinner than a little bore. So now I’m quite a ways off from the man I made out to be, a little closer to the swampland vagrant I was as a teen.”

Recording an album during the pandemic provided some challenges, namely the fact that the band couldn’t be in the same room together. That band, The Best Intentions, includes vocalist Laura Hobson, guitarist Devin Sullivan, keyboardist James Kessel, bassist Garrett Stier and drummer Joshua Holicki.

Relinquished to Zoom sessions, the group communicated digitally about the record and bounced parts back and forth.

“There was a lot more of me being like, ‘I don’t know if this is good.’ And I didn’t have anyone to ask. So that’s hard. But I often had space and time last spring to just be in front of a piano or a guitar, because I had nothing else to do,” Droppers says.

Droppers and band plan to bask in the after-glow of their release and take things easy for a time, but it probably won’t take too long for more music-making to occur.

“Right now, we’re just excited to celebrate this record,” Droppers says. “And then, probably in a month, I’ll get the itch again.” 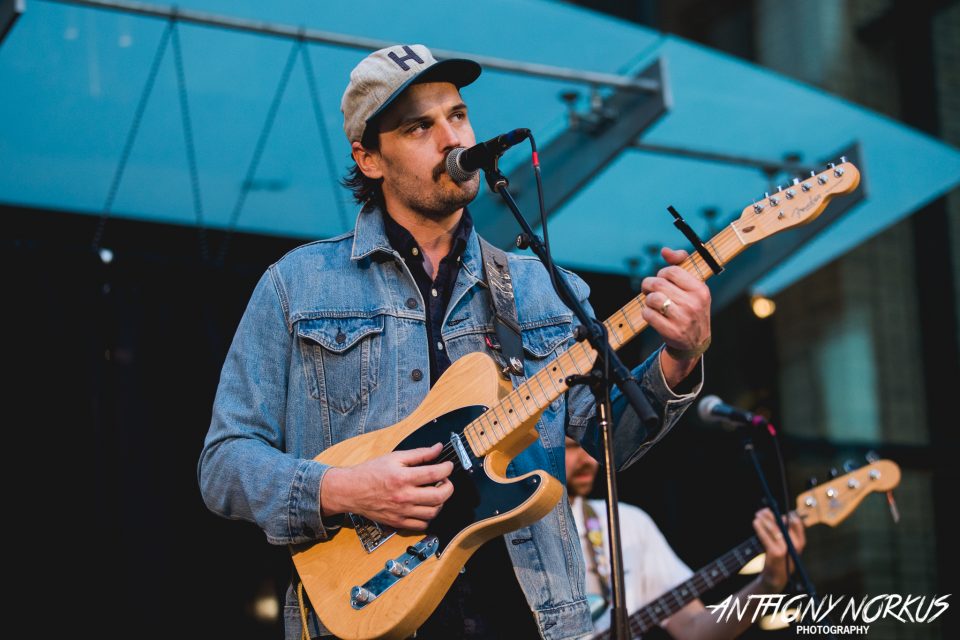 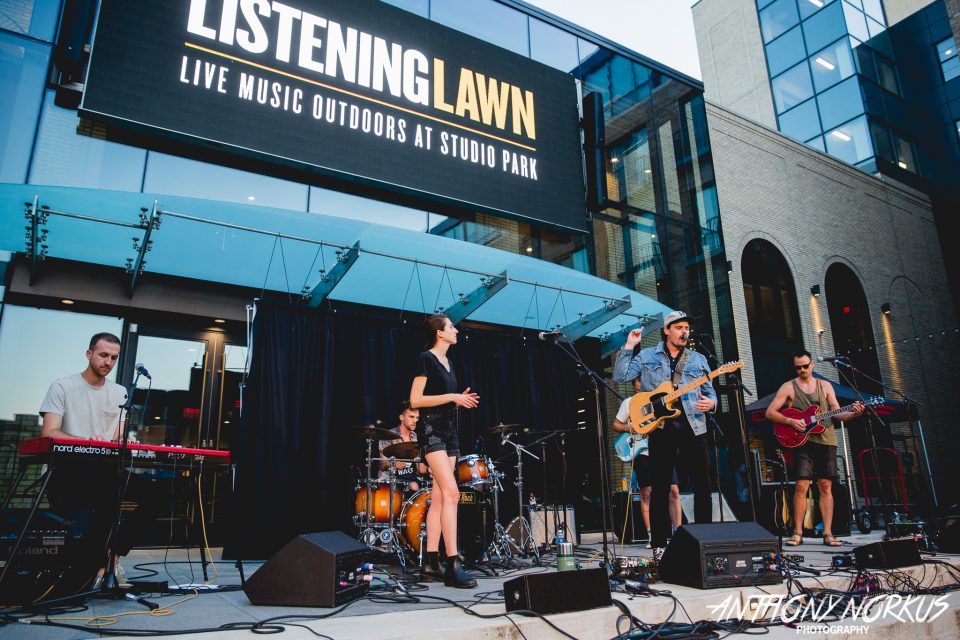 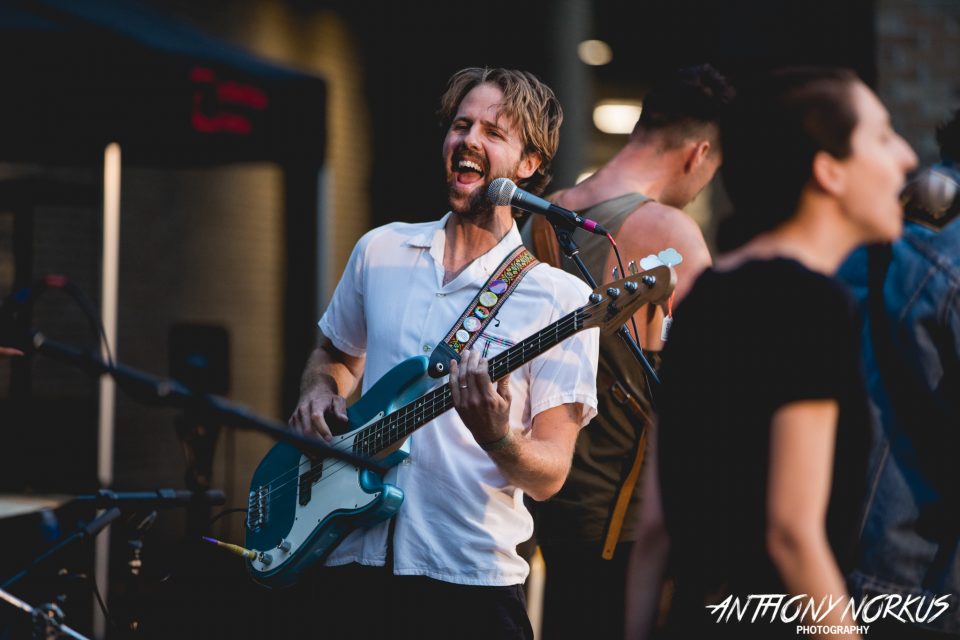 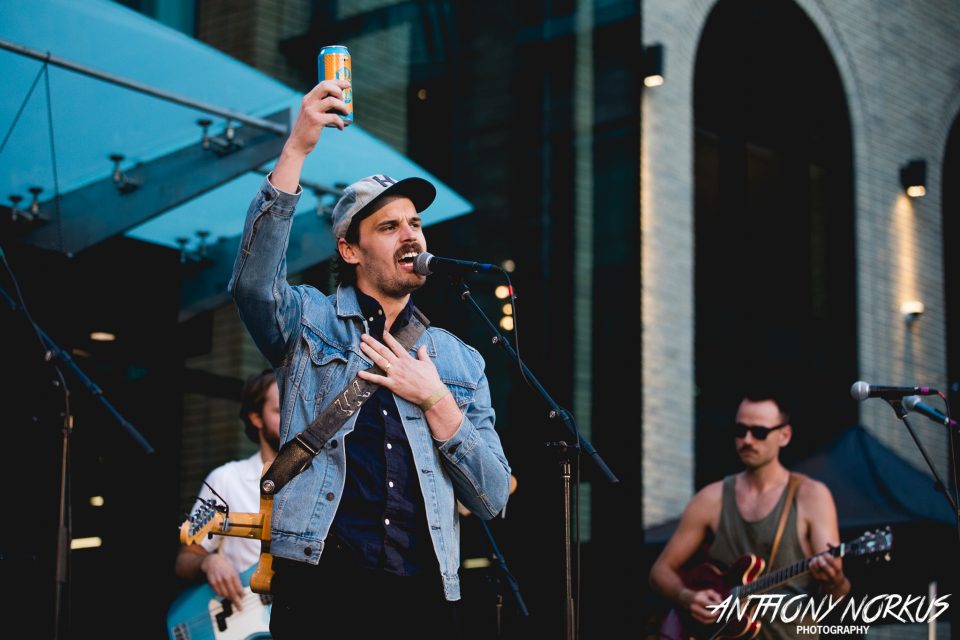 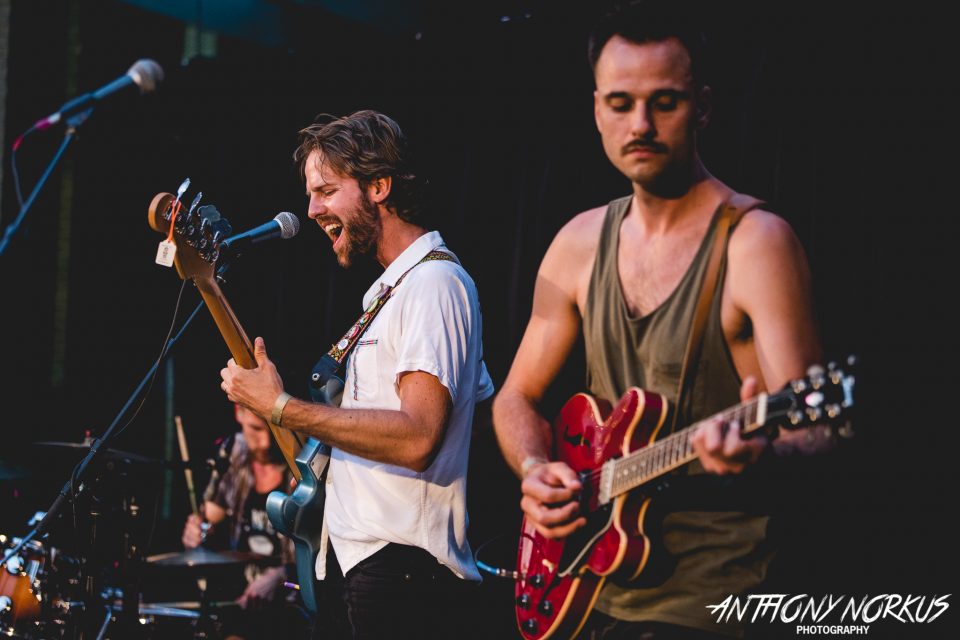 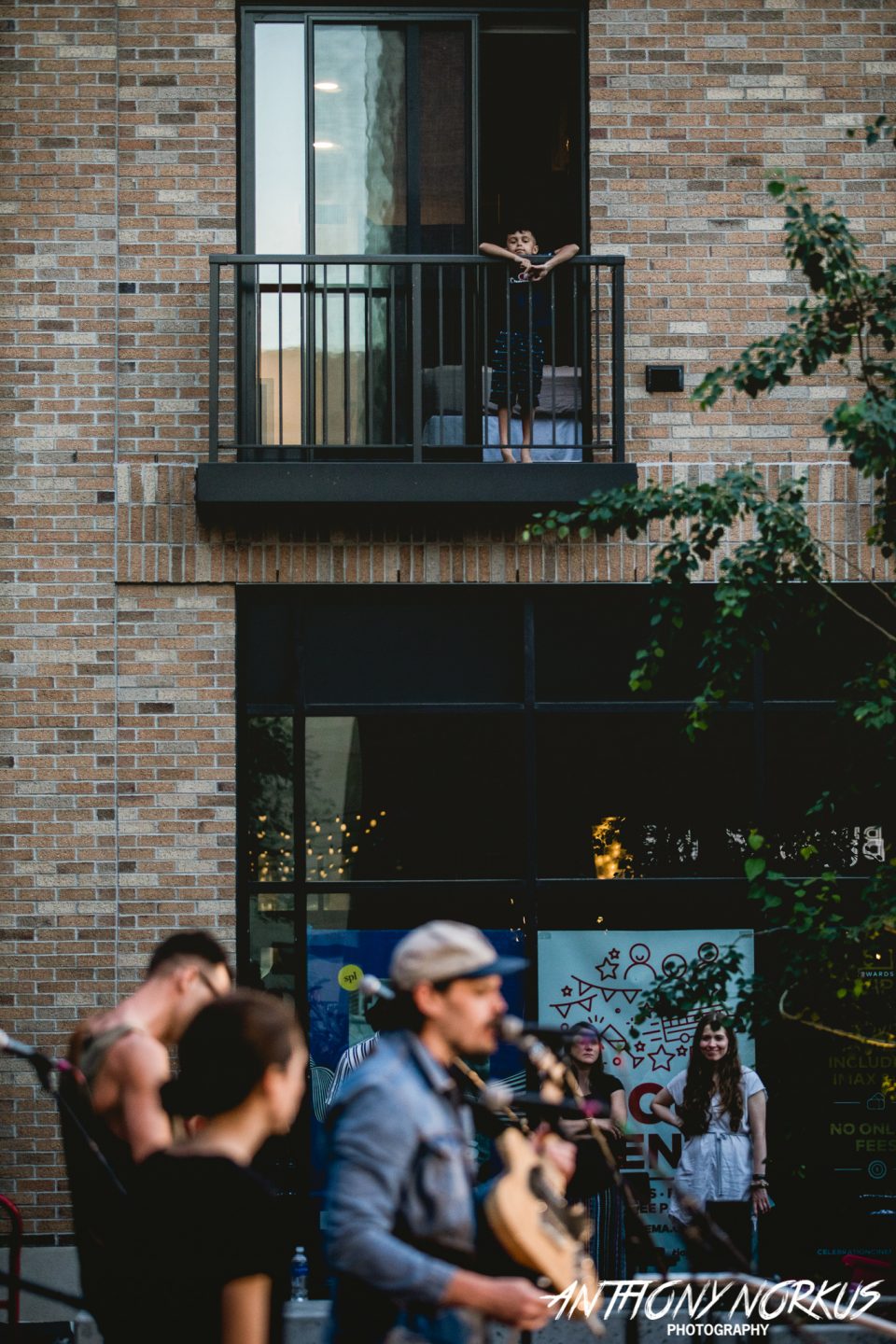 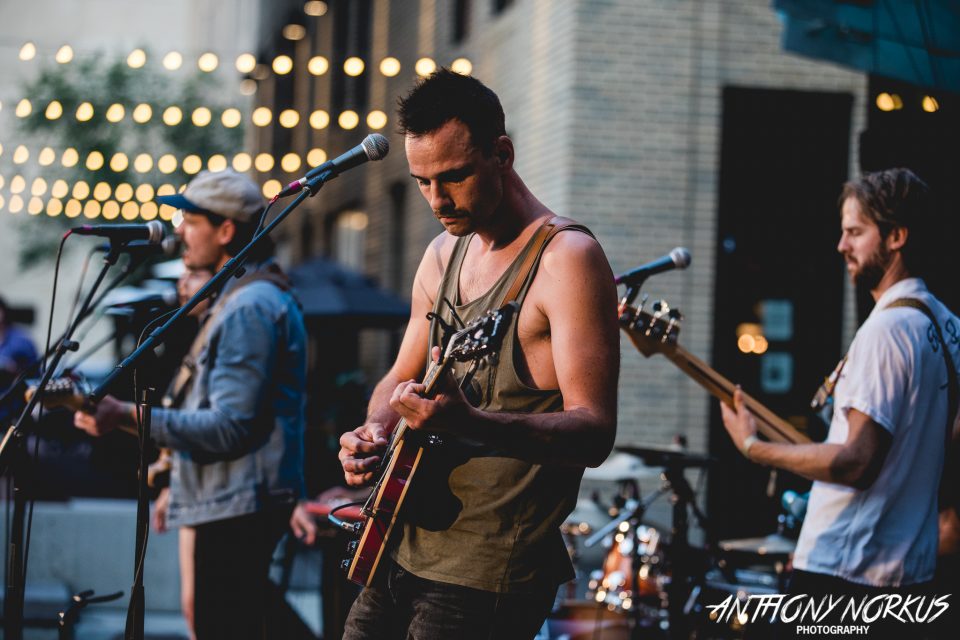 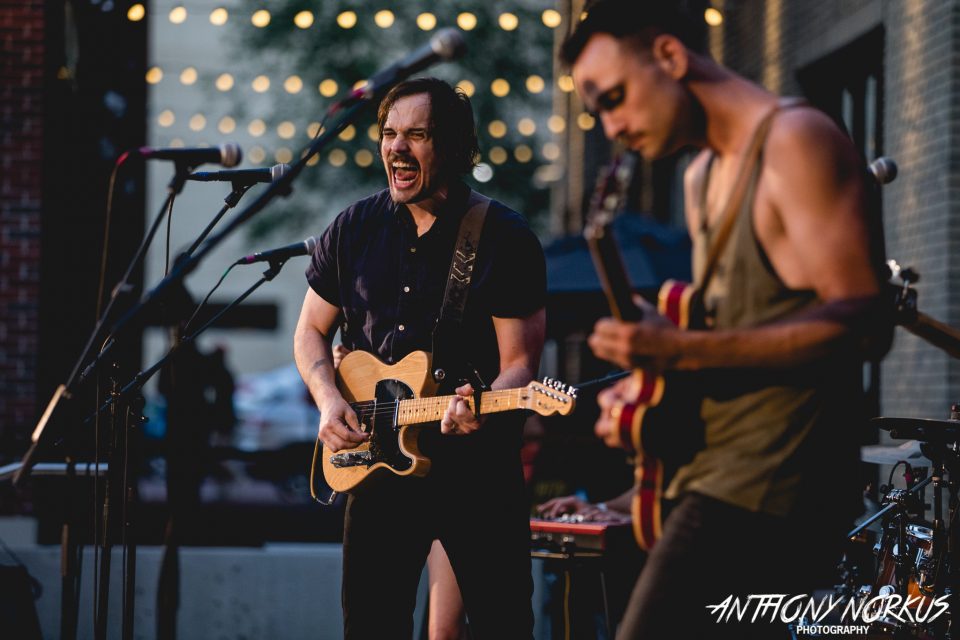 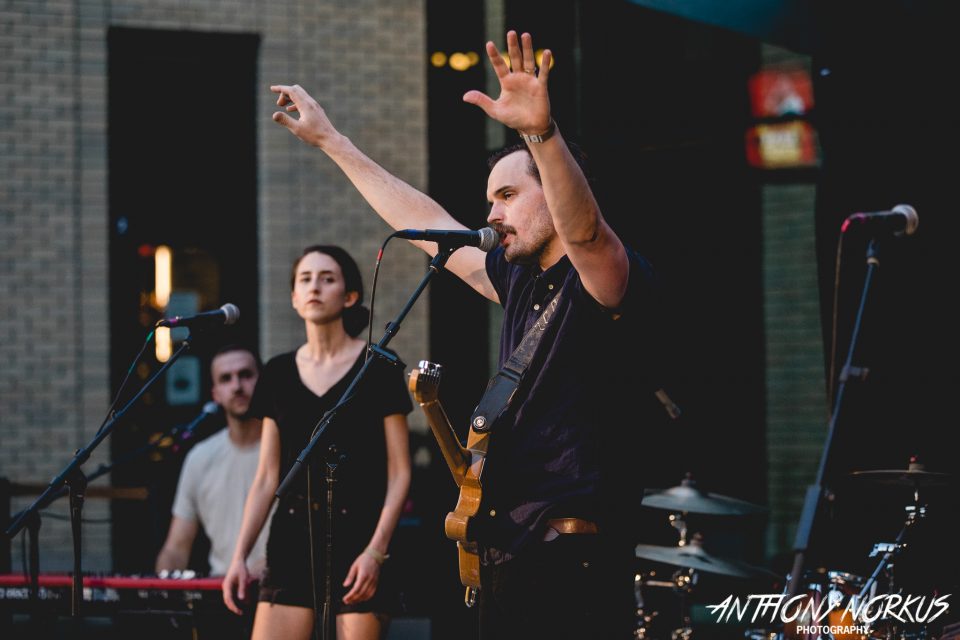 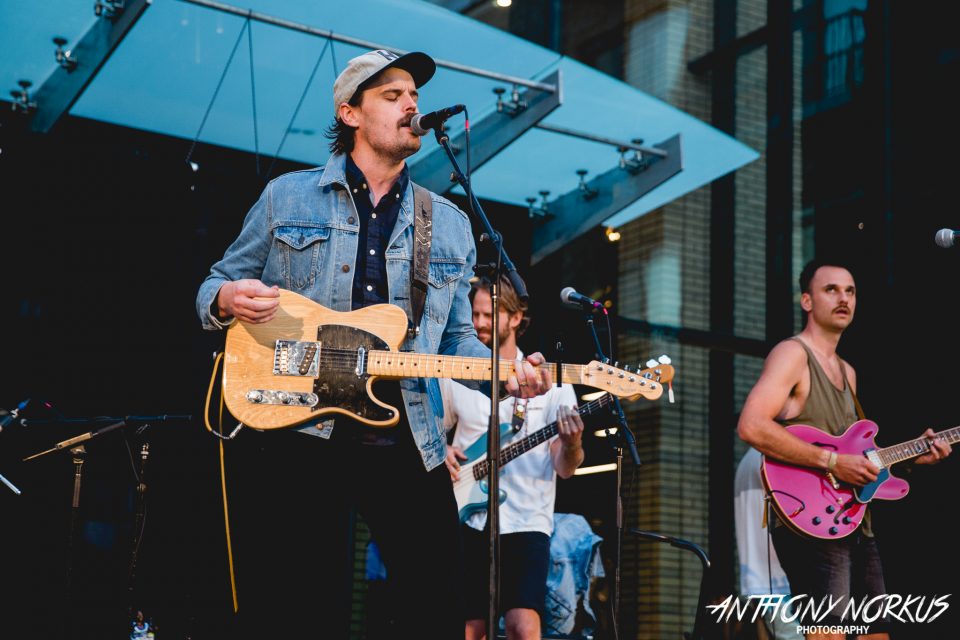 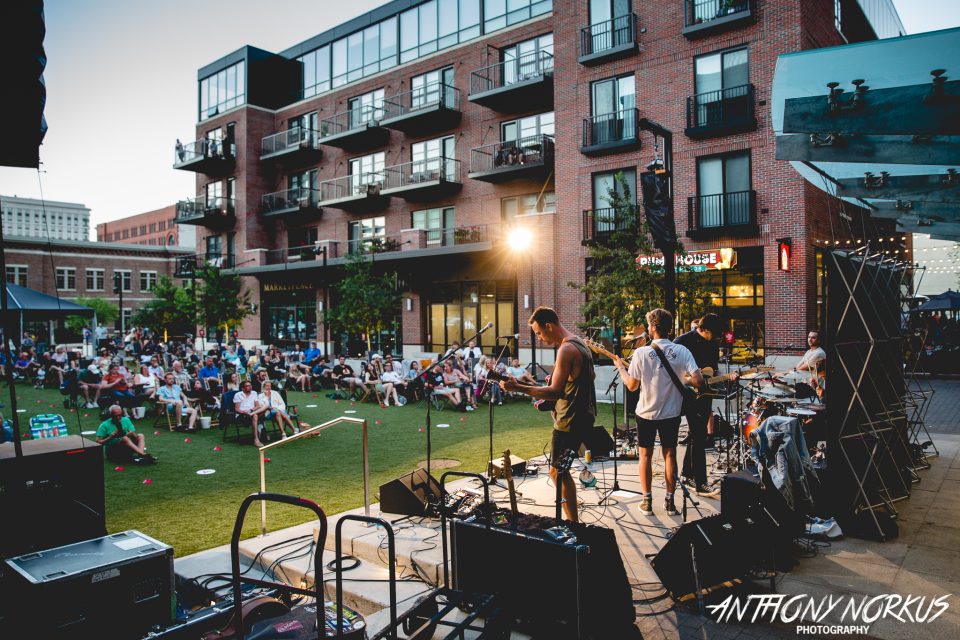 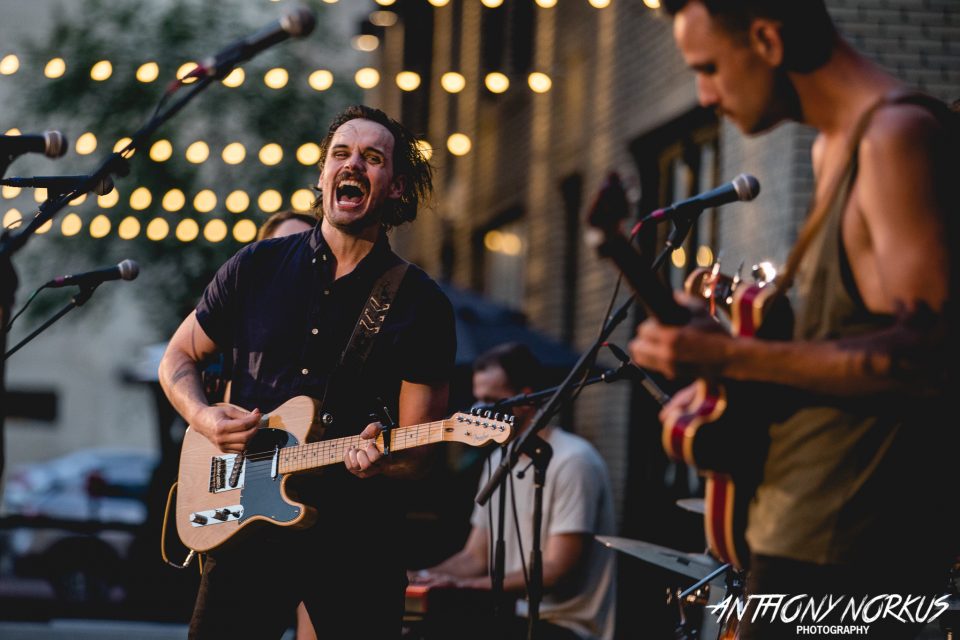 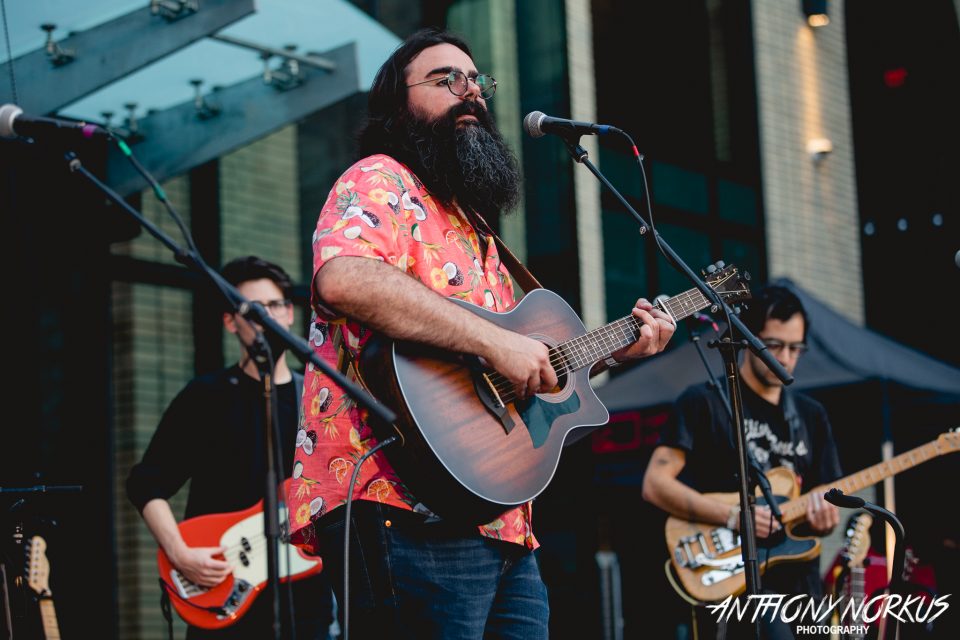 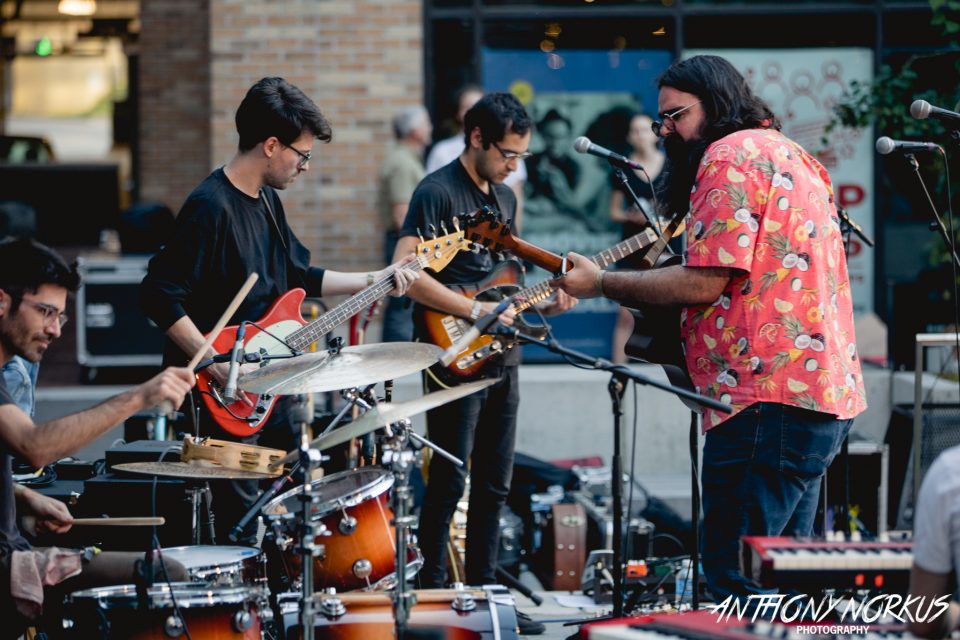 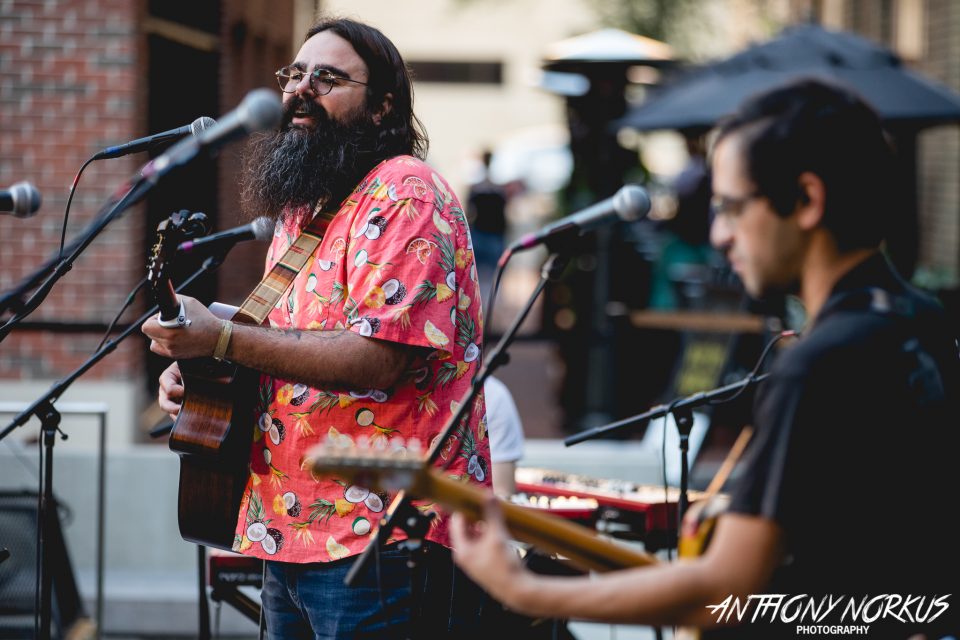 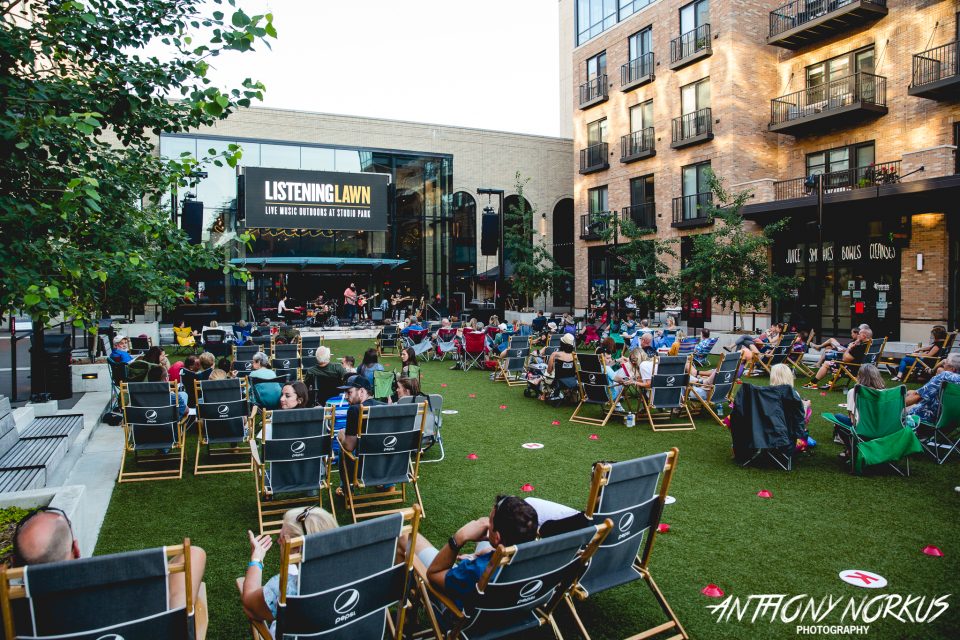 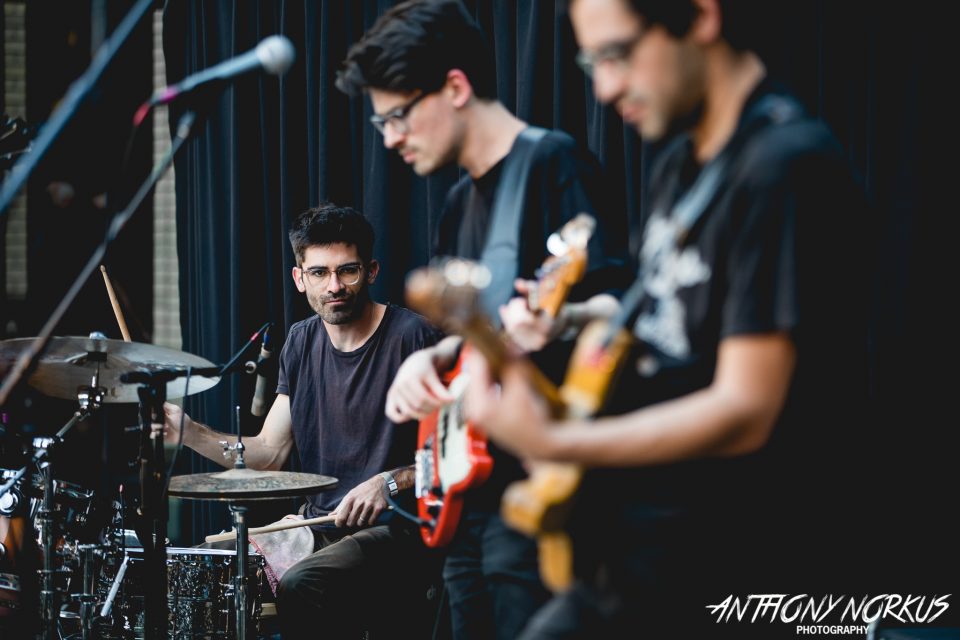 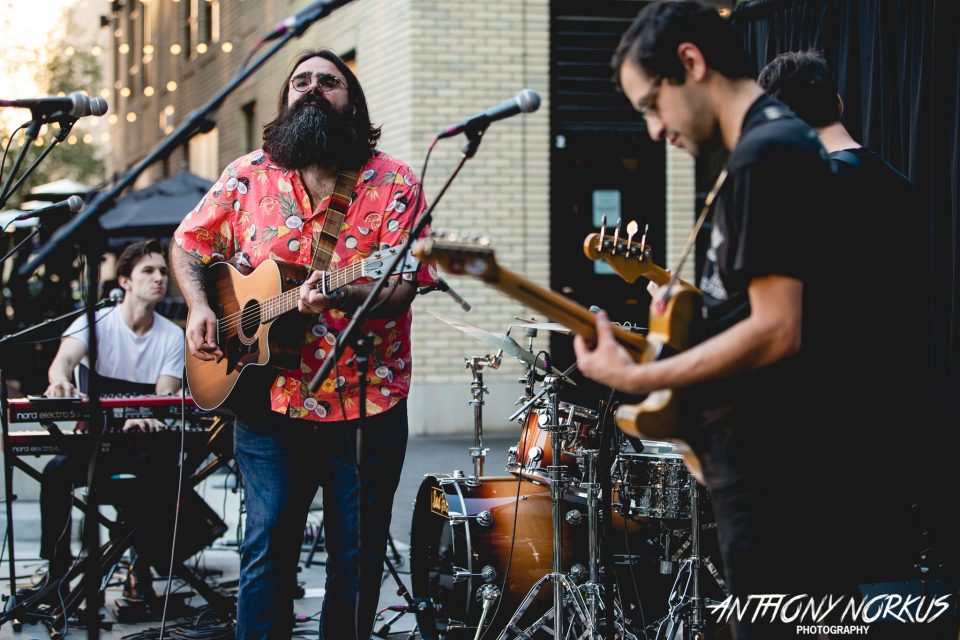 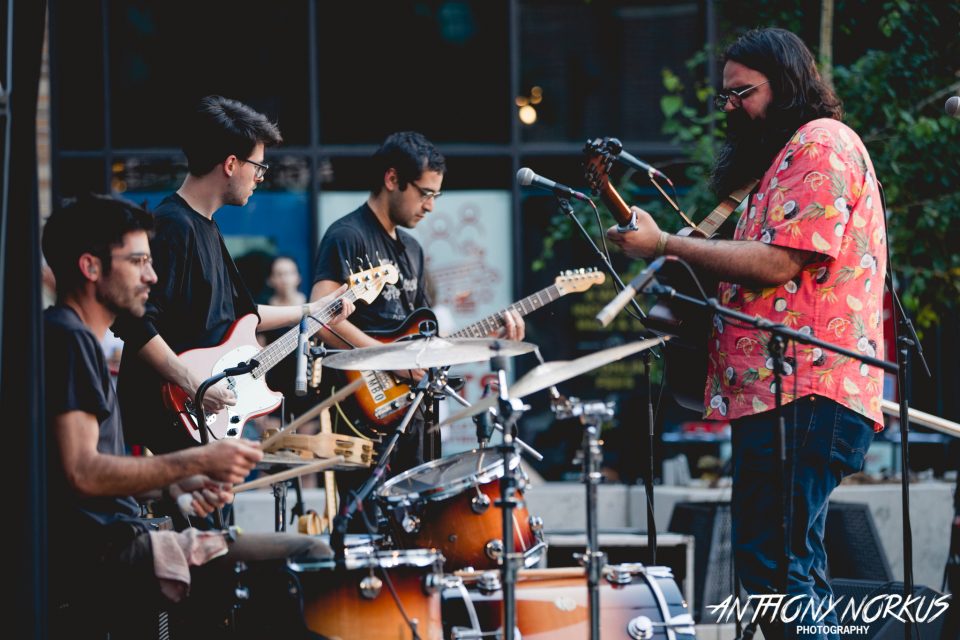 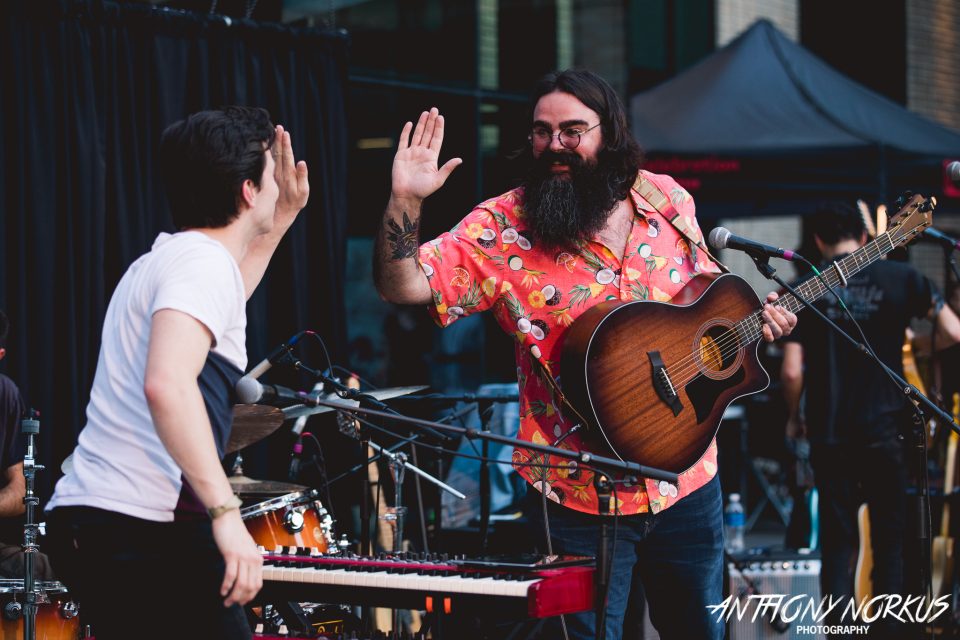 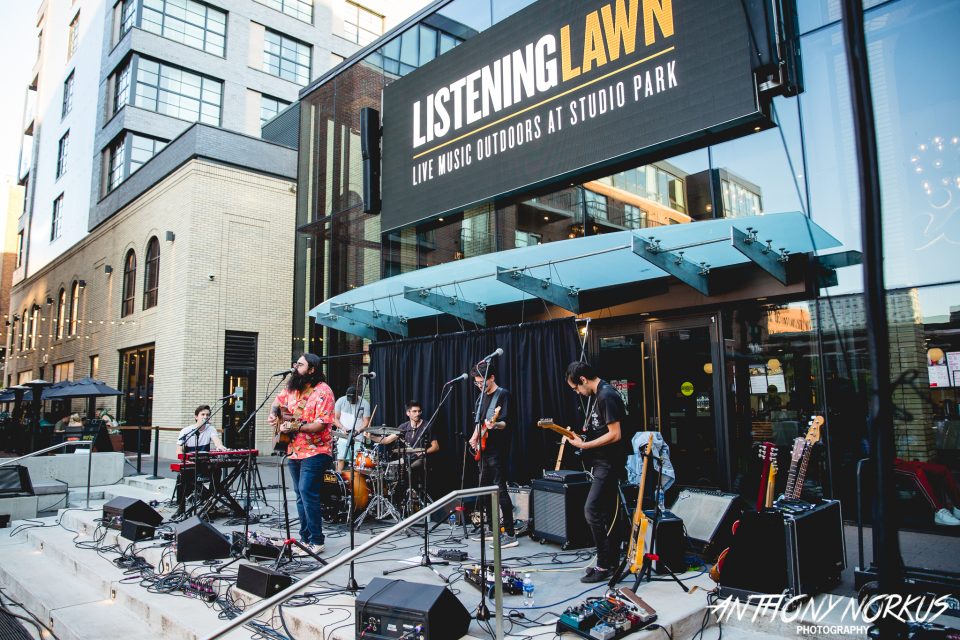