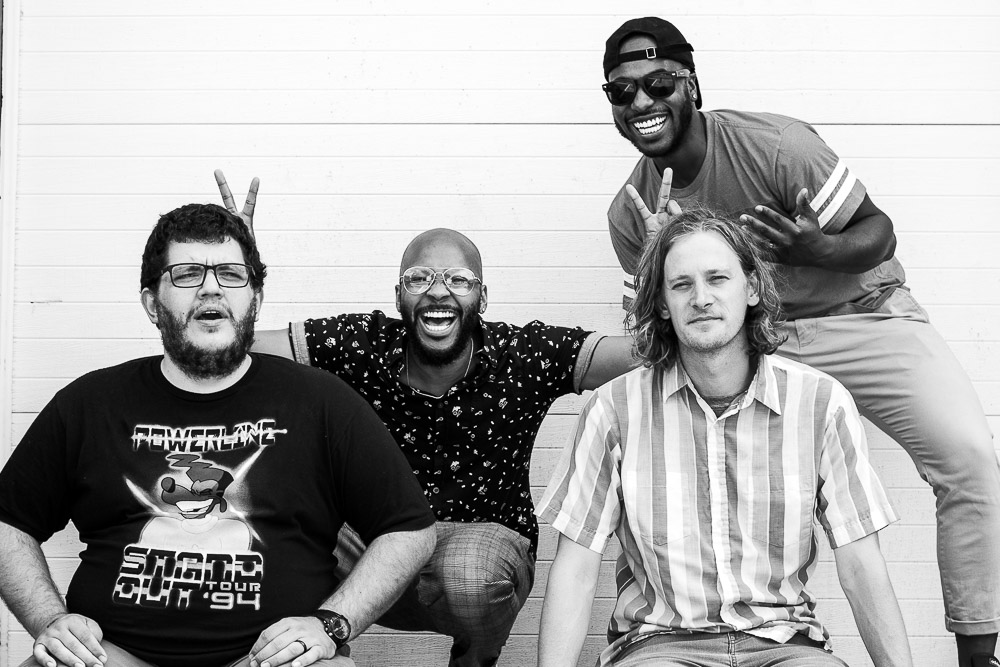 Ever since he found a crate of his dad’s old records during a move 12 years ago – including Funkadelic’s classic 1973 album, “Cosmic Slop” – Johnson has been purchasing and collecting hundreds upon hundreds of vinyl LPs.

“I have an obscene amount of records. I can’t stop,” he conceded. “I just love ’em.”

The Grand Rapids singer and guitarist adores vinyl so much, he even wrote “a love song” about it: “Needle Drop” appears on funk/rock band KJ & The Good Time Family Band’s new album, “Dynamics,” released last week. 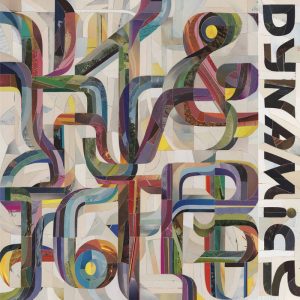 Johnson spotlighted the tracks “Needle Drop” and “Come On Get Down” for this week’s episode of Local Spins on WYCE. (Scroll down to listen to the full radio show podcast, along with a video for an older track.)

Of course, that’s just the tip of the needle, so to speak, when it comes to the 10-track, full-length recording that Johnson and his bandmates – bassist Scott Dickson, saxophonist Elliott Truss and drummer Jason Peterman – recorded and assembled from various locations during the 2020 pandemic.

“We just really wanted to get creative on this one. We pretty much did everything, outside of the mastering,” Johnson said.

“COVID actually gave us the opportunity to slow down, add more meat to these songs, and really take more time to create more of a full-fledged concept. We even recorded remotely and traded ideas by sharing files through Google Drive, which was something we did not anticipate doing when we started working on the album in October 2019. But that was really key to creating this album: the remote aspect of it.”

“We still wanted to be rooted in funk and rock, but we wanted to go outside the box just a little bit more,” said Johnson, noting the album even features banjo and flute, as well as guest stars Adrian Wright, Patty PerShayla, Austin Benzing and others. “We just got more experimental.” 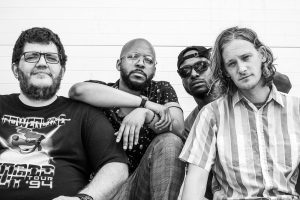 Centered around “the never-ending juggling act of life,” Johnson said the first part of the album features his lead vocals, with the second half spotlighting Truss.

“I think of my side of the album as the person trying to avoid anger and temptations, and I think of Elliott’s side as the person realizing his potential and finding his happiness,” said Johnson, adding that the lyrical thrust of “Dynamics” focuses on “this balancing act of what we try and do in life.”

Johnson, who graduated from East Kentwood High School and Grand Valley State University (where he met Truss), believes the new album better represents the band’s identity and the melding of its influences.

“We definitely developed our sound,” he said, noting band members are eager to get back on stage later this year to unleash that new material after a lengthy pandemic shutdown.

“When people listen to the music, I just want them to hear the creativity and the time we put into it. At the same time, I do want it to be fun. It’s funk music and it’s rock music, so I want you to turn it on and dance and have a good time.”

This week’s edition of Local Spins on WYCE – which showcases Michigan artists at 11 a.m. Friday on WYCE (88.1 FM) and online at wyce.org – also debuted songs by Seth Bernard, Jack Droppers & The Best Intentions, Flexadecibel (Johnson’s musician’s pick of the day), Trevor Ohlsen, Steve Leaf, Annagail, The Aquaerials and Eric Wagenmaker, as well as a track from Political Lizard. Listen to the show here.