Reoriented as a duo, Winnow releases a new EP this month and performed during this week’s Local Spins on WYCE, which also debuted new tracks by As Am I, Ghost-Orchard, Free Hat and more. 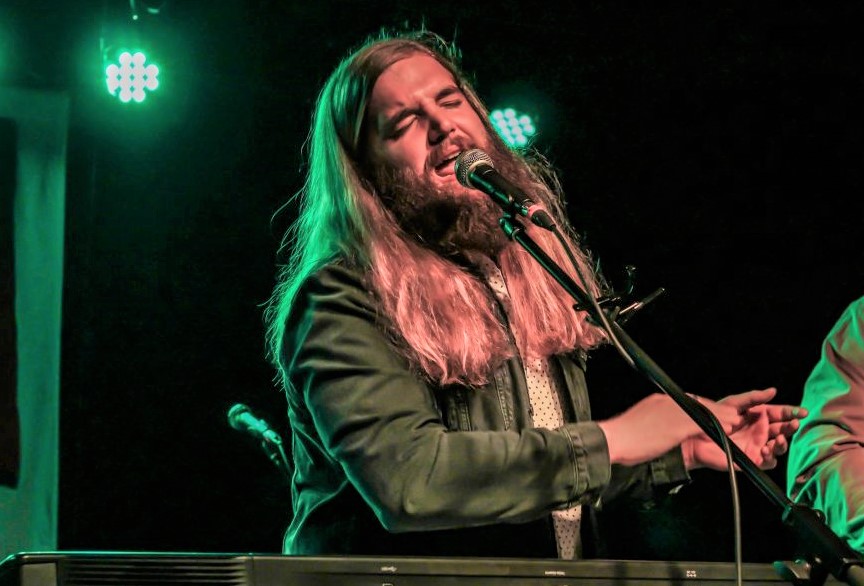 THE BAND: Winnow
THE MUSIC: Alt-country blended with folk and rock
WHERE YOU CAN SEE THE BAND: July 10 at SpeakEZ Lounge in Grand Rapids with Patty PerShayla opening; July 19 at Mac’s Bar in Lansing (EP-release show opening for the Michigan Rattlers)

SCROLL DOWN FOR VIDEO, LOCAL SPINS ON WYCE PODCAST

For singer Joey Frendo and guitarist Jared Meeuwenberg, it was “back to the future.”

The longtime musical pals who started folk-rock’s Watching for Foxes in Fremont six years ago came to realize they wanted to “strip away everything else and focus on what made that project special in the first place.”

So about a year ago, they decided to “reorient” the band as a duo, change their name to Winnow and truly capitalize on the creative relationship that has spawned so many fetching musical stories. 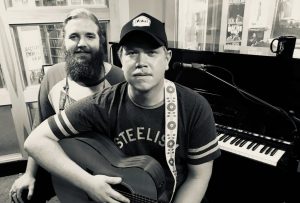 “When we decided to change our name, we came up with a vision that we thought we could execute and that had been inspiring us, and really started to focus and orient us around that,” said Frendo, the Grand Rapids band’s lyricist, who also recently took up piano to further enhance the duo’s sound.

“My vocal and my lyrics and melody are so closely tied to what Jared is doing. By having that stripped back, kind of like really lean feel to it, the communication between Jared and I can really be showcased and focused on. And that’s what I think makes the songs special.”

Those songs will officially be showcased for the first time on a new Winnow EP, “Light the Match,” being released July 19. The duo previewed the new recording during this week’s edition of Local Spins on WYCE, performing the songs “Minnesota Cold” and “Nothing Gold.” Watch the video of “Nothing Gold” here, with the full podcast below.

The six-song EP, Frendo said, will feature “a lot of rock songs” with some fiery guitar — new Winnow material as well as tunes retooled from Watching for Foxes. 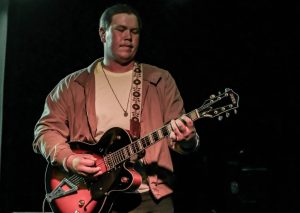 He noted these tracks are well-suited to full-band, four-piece arrangements which will be featured in upcoming shows on July 10 at SpeakEZ Lounge as part of the Local Spins Wednesdays series and July 19 at Mac’s Bar in Lansing, when Winnow will open for another Michigan-bred band, the Michigan Rattlers.

The EP was recorded at Plymouth Rock Recording in Plymouth and at Jake Kalmink’s The Stooge in Zeeland.

Frendo called the new recording of alt-country leaning music “a fully realized version of our music finally. … We wanted to move forward, the two of us. We wanted more structure than what was there.”

It’s the culmination of a partnership of high school classmates who first met at a friend’s house, where Frendo was recording in the basement.

“I heard him singing and I was like, I want in on this,” Meeuwenberg said. 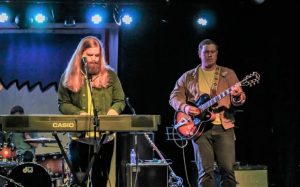 Crediting the patience and support of West Michigan’s music community through Winnow’s transition, Frendo said the duo will be touring and performing in support of the heartfelt new EP.

“For the first time, these songs feel like they embody our musical spirit and turned out exactly the way we wanted to,” Frendo said. “We’re really excited to have it out in the world.”

The June 28 edition of Local Spins on WYCE — which showcases local and regional music at 11 a.m. Fridays on WYCE (88.1 FM) also featured the on-air debut of tracks by Ghost-Orchard, Free Hat, Jake Kalmink & Further Closer (this week’s musicians’ pick), As Am I and The Accidentals, as well as music from Rachel Curtis, Desmond Jones, Blue Water Ramblers and a previously unreleased live track from 1989 by The T-Bones, featuring Bruce Madden.

Listen to the full podcast here and check out previous editions of Local Spins on WYCE.