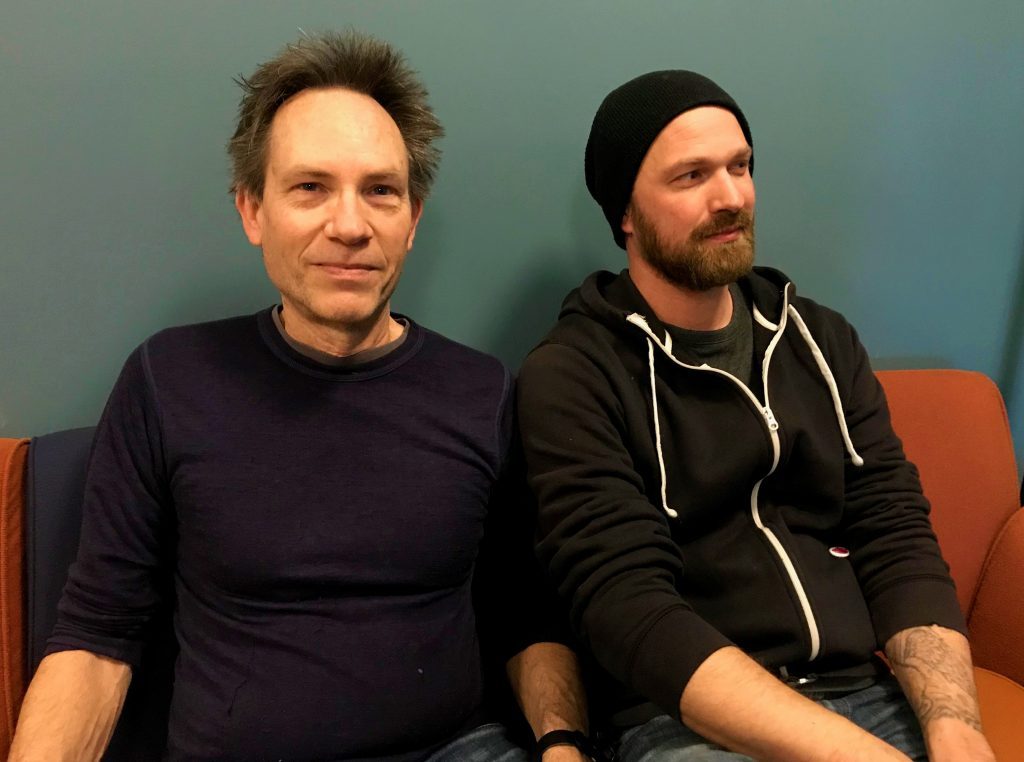 ‘Getting Down and Dirty: Lynn Thompson, at left, with bassist Ian Grant have developed a fetching sound. (Photo/Local Spins)

That Grand Rapids singer-songwriter Lynn Thompson was born in Tennessee and raised in Chicago says a lot about this music.

His latest album, “Hangman Comin’,” resonates with rootsy bluegrass and country underpinnings that are propelled by a gritty, bluesy rock attitude.

It’s also beguilingly raw: The tracks were recorded live with bassist Ian Grant and percussionist Matthew Loveless in three sessions over 12 hours or so at Planet Sunday Studios in Rockford with no overdubs. 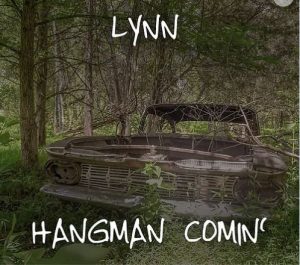 “There are some things we could have done better,” Thompson concedes, “a few mistakes here and there, but I think that’s the beauty in it. Overall, it’s pretty close to a live performance.”

For the veteran singer-songwriter who’s released several albums over the years – influenced by artists ranging from Peter Gabriel to the Stanley Brothers – it’s also “a new sound: a mixture of elements from Cajun, bluegrass and a little country.”

He calls it “mountain music” and that quality permeates many of the tracks on the new recording, including the appropriately titled, “Getting Down and Dirty.”

“It’s something different and it kind of makes your heart beat,” Thompson suggests.

Thompson and Grant displayed that “new sound” for this week’s edition of Local Spins on WYCE, playing the tracks “Hangman Comin’ ” and “Mountain of Fire” on the air. Watch the video for “Mountain of Fire” here; listen to the full radio show podcast below.

Thompson – who performs solo and as Lynn the Band (with Grant and Loveless) – has a series of West Michigan shows in coming weeks, starting with an opening set Friday night (Jan. 18) at Tip Top Deluxe Bar & Grill in Grand Rapids, where Boston’s acoustic pop/bluegrass act Twisted Pine will headline. The show starts at 9 p.m.; tickets are $10. Details online here.

He follows that with a band show at 7 p.m. Saturday at Waverly Stone Gastropub in Holland, Jan. 25 at Creston Brewery in Grand Rapids, Jan. 31 at 7 Monks Taproom in Grand Rapids, and Feb. 2 at Saugatuck Brewing in Douglas. 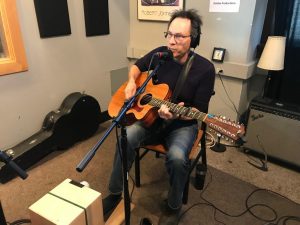 On the Air: Lynn Thompson during Local Spins on WYCE. (Photo/Local Spins)

For Thompson, who grew up with the Appalachian strains and classic country of his singer-musician father, the new album is a way of coming “full circle” with his music, which has spanned many genres through five albums, from rock to soulful funk, something that propelled 2009’s “More Money.”

Really, he insists, it’s just creating “something that feels good and really gets to the core of what’s inside me.”

As for, “Hangman Comin’,” produced by Joel Ferguson and mastered by Al McAvoy, the record was inspired, in part, by the song “Man of Constant Sorrow,” but has “elements of everything.”

Thompson also credits the bass-playing of Grant and innovative drumming of Loveless for making Lynn the Band a special project that cuts across styles and defies expectations.

“We’re not just a country band,” he says. “We’re already working on the new CD. … It’s going to be along the same vein. But I’m writing other things, too.”