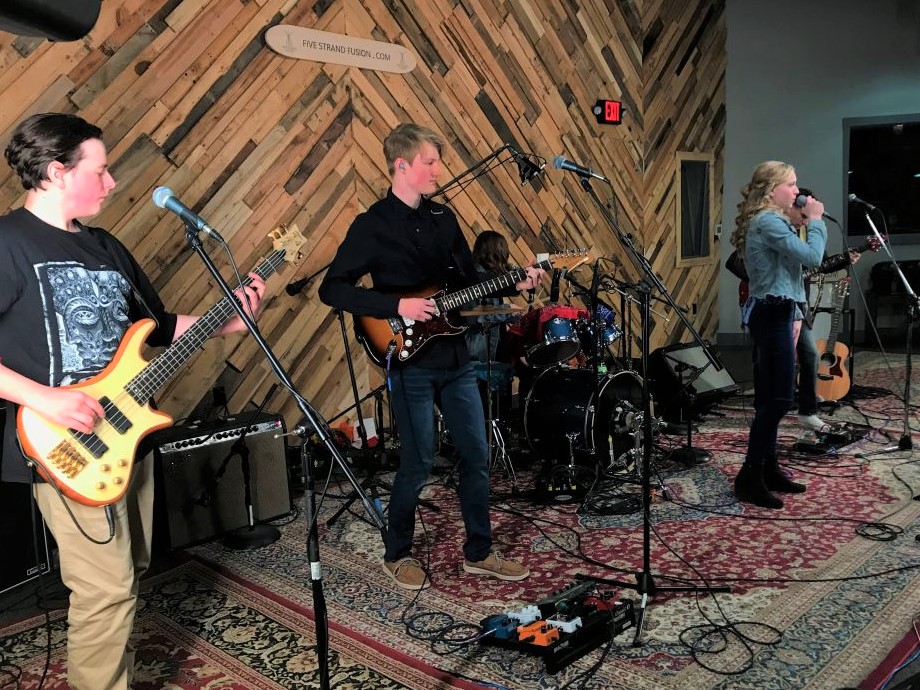 This weekend, West Michigan music lovers can get their fix of live gigs through windshields and radio waves.

In the region’s first drive-in concert since the COVID-19 outbreak, Grand Haven-based Five Strand Fusion and the Bri Baron Band will play a free show at 4 p.m. Saturday (June 27).

Up to 100 vehicles can pull into the east side of the Rycenga Building Center parking lot off Jackson Avenue, tune their radio dials to 103.5 FM WAWL and listen to sets by both bands.

Organizer Dave Palmer, one-time leader of the Walk the Beat festival who also manages Five Strand Fusion, said he wanted to find a way to hold a concert for the band amid social-distancing practices forced by coronavirus concerns.

Tuning In: Attendees will hear the performances at 103.5 FM on their radios.

With many bands in the United States and Europe trying the drive-in concept amid the pandemic, the idea that performers could play music through an FM signal struck Palmer as a winner.

Palmer’s initial goal was for Five Strand Fusion — an emerging super-group of teen musicians from West Michigan — to play a major outdoor concert in September, but that was rescheduled to 2021.

In seeking another opportunity for the band to perform amid COVID-19 restrictions, Palmer settled on the drive-in concept with friend Bill Chrysler of Third Coast Recording Co. in Grand Haven.

“I was talking to Bill Chrysler and (I said), ‘What are we going to do?’” Palmer said. “‘It’s over. We can’t do concerts this way.’ And he said, ‘Well, we could get ourselves an FM transmitter.’” 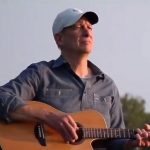 Using connections at Rycenga Building Center and radio station WAWL, Palmer was able to secure a stage, create the space and broadcast this weekend’s show over the radio.

The goal of the concert is to keep musicians in bands like Five Strand Fusion playing music. “They all said the same thing: We want to play,” Palmer said. “I would love to have (them) play, and this (concert) was the best thing that I could come up with while still having social-distancing.”

Also playing Saturday’s drive-in concert: Grand Haven native Bri Baron and her band. Baron, the band’s lead singer, songwriter and namesake, started performing last week in Sparta for the first time since March. With a long hiatus and plenty of canceled gigs, Baron said she’s anxious to get back to performing.

“We practiced once, so we kind of had a little bit of time to get together again, but it was awesome,” Baron said of the Sparta show, where she witnessed families together and audience members enjoying themselves outside. “We had a really great night.” 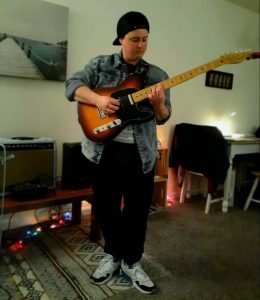 Palmer invited Baron to join the drive-in concert lineup and she quickly agreed. Baron knows Palmer through her involvement in Grand Haven’s Walk The Beat, which he organized for years.

“I think it makes people feel more safe,” Baron said of the drive-in format, which she’s only ever seen used by churches for their services. Although it’s West Michigan’s first drive-in concert since the virus outbreak, she speculated the concept might catch on.

“The stay-at-home order has been lifted and the rules have changed a little bit, but I think it’s going to gain some traction here because people want to go do stuff. If you want to give them a safe outlet, why not throw on a drive-in concert?”

While he’s confident folks will have a good time at the free event, Palmer said the drive-in concert is an experiment for both performers and fans.

“I still think that players and the audience feed off of each other,” Palmer said. “They just do. That energy — I have a feeling that everybody is going to be honking their horns.”

Parking for the show begins at 3:30 p.m. Saturday. Organizers will also award prizes to attendees halfway through the show and after the final set. Prizes include a custom skateboard signed by members of Five Strand Fusion. Although the concert is free, organizers will request donations for music scholarships.

If the event is successful, Palmer said there may be “bigger things on the horizon.”