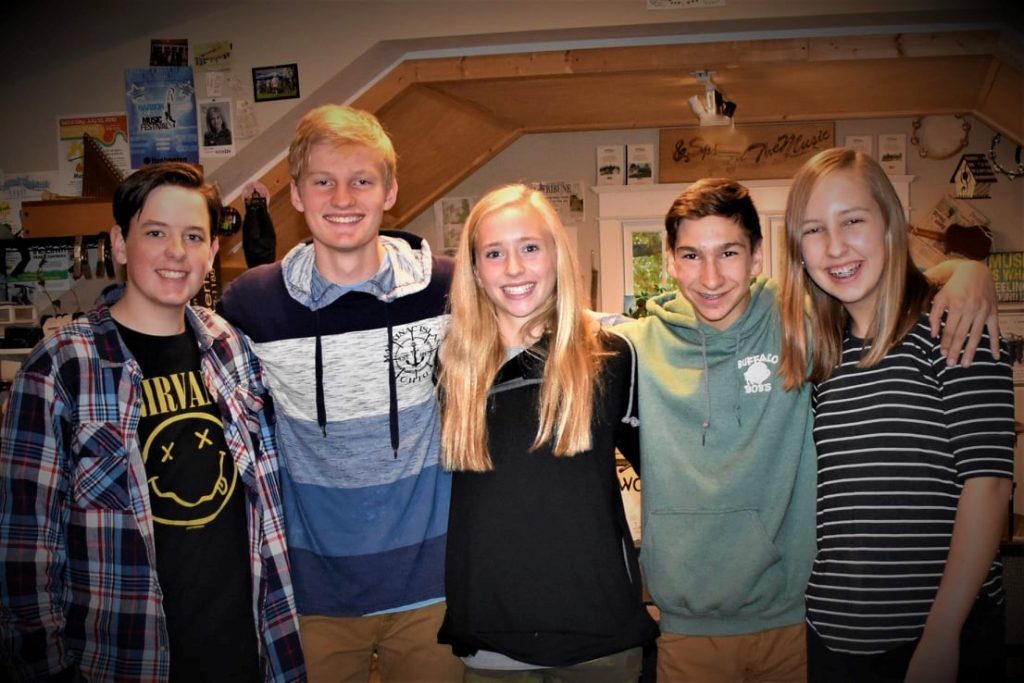 EDITOR’S NOTE: Local Spins was asked to be part of a special project led by Grand Haven music activist Dave Palmer, Throw It Down Productions and Third Coast Recording which is hosting and nurturing a band of talented, up-and-coming teen musicians from West Michigan called Five Strand Fusion. As part of that, they recently staged an “American Idol”-styled audition and talent search for a lead vocalist, with Local Spins publisher John Sinkevics part of the judges panel, along with Palmer, Third Coast owner Bill Chrysler and Cosmic Knot guitarist Tom Wall, who also serves as Five Strand Fusion’s music director. Scroll down for a video.

Welcome to West Michigan’s newest – and one of its youngest – musical super-groups.

Mayton was selected after a recent afternoon-long, “American Idol”-styled audition session that featured vocal performances by a dozen talented young singers from across the region. 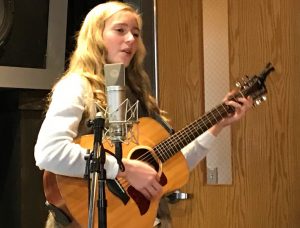 She’ll join fellow teens Avery Jorgensen on rhythm and lead guitar, Nick Roberts on electric and acoustic guitar, Tristan Kemp on bass and Kaylee Smutz on drums as part of a Grand Haven-based band formed by Walk the Beat and Spread the Music founder David Palmer.

Palmer recognized this pool of young, talented musicians in West Michigan and said he aims to nurture it by providing a vehicle for their success in the music industry.

The band boasts regular rehearsals at Third Coast, led by veteran musician and guitarist Tom Wall (Cosmic Knot), with the goal of building a repertoire of music and eventually performing an outdoor stadium show in 2020.

Judges narrowed down contestants from the vocal audition – which featured singers from Muskegon, Grand Haven, Grand Rapids, Ada, Spring Lake and West Olive – to the top three, after which Palmer, Wall and the band selected Mayton.

For Mayton, it’s just the next step on a journey that began at a very young age.

“I’ve been singing pretty much since I could start talking. I started piano at 6 and then took up guitar three years ago,” said Mayton, a freshman at Forest Hills Northern High School.

“I traveled to Nashville at the age of 12 and recorded three original songs at The Castle recording studio with the help of Matt Wilder, from Wilderside Productions.”

Mayton has already appeared in films, including the upcoming “Bennett Song Holiday,” in which she acts and sings as the character Winnifred Hawkins-White. 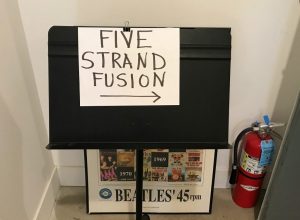 Sign of the Times: The band aims to make its mark in the next year. (Photo/Local Spins)

“My goal is to become a much better songwriter and guitar player,” said Mayton, who’s collaborated on songwriting via Skype with producer and songwriter Nathan Walters in Nashville.

But the opportunity to serve as lead singer for Five Strand Fusion is a new and welcome challenge.

“They are all so amazingly talented,” she said.

“At the first rehearsal they made me feel so welcome and had the most amazing welcoming with balloons, confetti and hugs. When they started playing, I was amazed and so shocked at their talent. I feel so beyond blessed to have this opportunity and cannot wait to perform together with them.”

Palmer said Five Strand Fusion likely will play its first official gig, a house concert for sponsors, in February, with a public performance in March.