With roots in Big Rapids — and links to Ultraviolet Hippopotamus – the Michigan band is happily touring behind its sophomore studio album and embracing its eclectic approach. (Story, podcast, video, review) 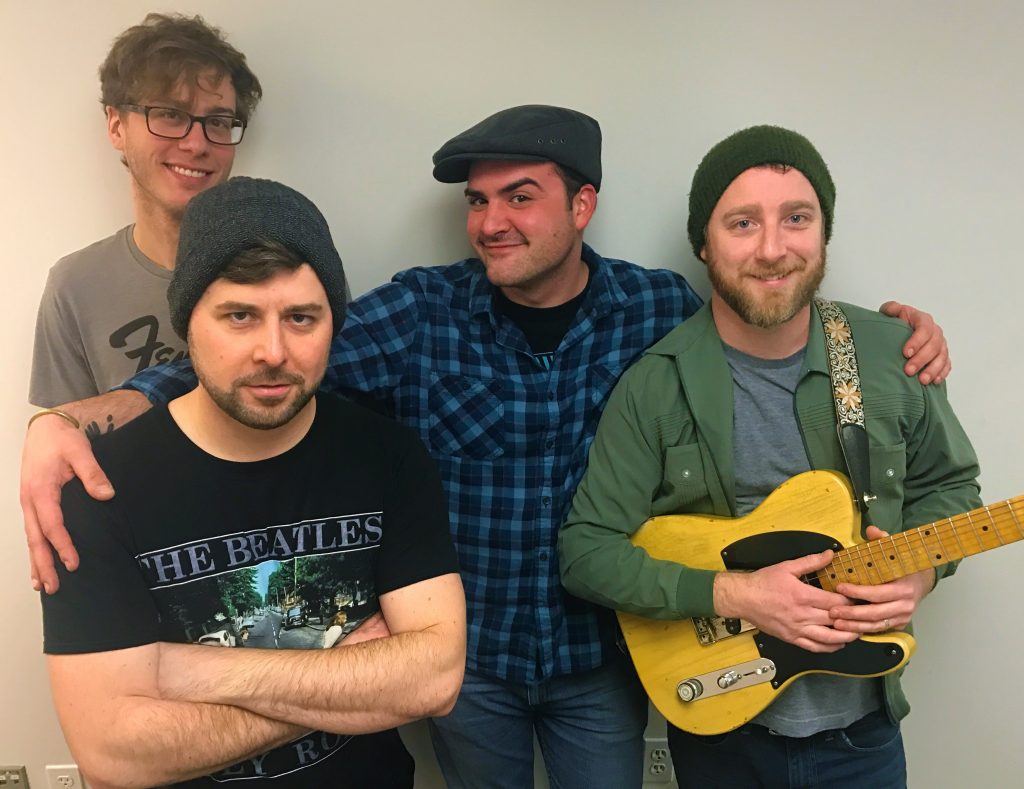 THE BAND: The Turnips
THE MUSIC: Jam band-styled soul, rock, funk, blues and folk
WHERE YOU CAN SEE THE BAND: 9 p.m. Saturday at Rockford Brewing Co. in Rockford, Jan. 27 at Old Dog Tavern in Kalamamzoo, Feb. 15 at SpeakEZ Lounge in Grand Rapids

Surviving lineup changes has become as much a part of The Turnips’ history as musical camaraderie and a burning passion for genre-stretching songs.

Perhaps the versatile mid-Michigan band epitomizes the old adage, “what doesn’t kill you, makes you stronger,” because The Turnips’ new studio album resonates with powerful musicianship, bold diversity and a downright groovy attitude.

“Think Zappa and Umphrey’s McGee meets Prince, Ray Charles and The Temptations. Somewhere in that vast middle ground is where the vision started.”

Recorded at Grand Haven’s Third Coast Recording Co., produced by Joe Hettinga, Seth Bernard and The Turnips and released earlier this month, “StopWatchTimeDrop” boasts “elements of funk, soul and blues,” Kirby adds. “It still has a few softies as well, but the sound is very evolved, developed and refined.”

That wondrous sound, of course, emerged from years of performing and jamming, undergoing various roster changes and juggling time in other bands.

That transition came after The Turnips already had started recording their new album in May. Kirby, who had to learn UV Hippo’s extensive catalog, concedes that “derailed the plan just a bit” in terms of wrapping up The Turnips’ project, not to mention learning in December that band co-founder Joey Artibee was leaving the band to move to Portland, Ore.

The Turnips’ shoes shine these days with a soul and funk-rock sheen, with hints of the folkier, rootsier vibe that propelled the band early on. “We like to keep some variety in there,” says Kirby.

Indeed, the band dialed it back for a folk-styled rendition of the album’s closing track, “The Fix,” during this week’s episode of Local Spins Live on News Talk 1340 AM (WJRW). Listen to the full radio podcast here, with a video of the song below.

The seeds for The Turnips were sown in Big Rapids back in 2008 when Kirby began performing and jamming with Artibee. They eventually picked up additional musicians, played the band’s first official gig in 2010 and released a debut album in 2012. 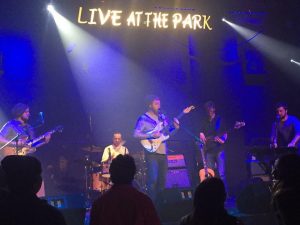 The band now features Kirby, Phillion, Josh Wilson on keyboards, Zach Potter on bass and Kevin Kozel on guitar and backing vocals. Kozel, who works at Third Coast Recording where the album was created, is replacing Artibee in the band.

“We were frustrated, shocked and disappointed, especially with the timing, but we understand that that’s what he felt he needed to do,” Kirby says of Artibee’s departure. “And we are charging on without him.”

Indeed, the band earlier this month mounted a CD-release tour of sorts, playing venues across the state. The Turnips play Rockford Brewing in Rockford at 9 p.m. Saturday, Old Dog Tavern in Kalamazoo on Jan. 27 and SpeakEZ Lounge in Grand Rapids (for Local Spins Wednesday) on Feb. 15.

For Kirby, the band’s shift toward more soul and funk elements seemed natural, not to mention there was a “demand for more danceable music from our fans.”

“The early onus was on being eclectic and writing for whatever mood the day brought,” he says of the band’s genesis.

“At the same time, all the songs had a roots-type foundation and we were doing songs that had flavors of folk-rock, blues rock, spaghetti Western, swing, Americana, reggae and even an Irish drinking song with a very rock-ish flair.”

But because The Turnips found themselves “playing in a lot of bars and in festival settings over the years where people wanted to dance,” he adds, the band realized it “should have some more groovin’ music. We decided that some of strongest and favorite styles were the soul-based songs, and things naturally moved in that direction.”

With a fresh lineup and new album, The Turnips plan to continue their “unique blend of styles and versatility” to fans across the region, even as some members split time with other bands and projects.

“We love to bring a lot of energy to a stage,” says Kirby, “and we like to keep people on their toes and stay open to any style that might describe the mood, feel, color or flavor we’re looking for.”

Get more information about the band and purchase its music at theturnipsband.com.