Fall has arrived, so Local Spins columnist John Sinkevics offers up his Top 10 favorite shows or live music events that he attended this summer. What are yours? A Top 10 Event: Michigan’s own crowd-pleasing Heartsick pumped up July’s Upheaval Festival, but where did it rank on Local Spins’ list? (Photo/Anthony Norkus)

Welcome to yet another Top 10 list: kind of like another one of many litter-scavenging seagulls (aka, rats of the sky) stalking a Lake Michigan beach.

I’ve learned over the course of nearly a decade of Local Spins that you can’t be everywhere — and experience every live music event — all at once.

Oh, you can try, and I certainly have (I hit four shows on Friday night, for example), but the crazy, hectic and beautiful growth of the region’s music scene makes it literally impossible to cover it all, even with help from a talented cadre of writers and photographers.

Suffice to say then, my Top 10 List of Best Concerts of Summer 2021 is based on the shows and festivals I managed to actually get to, when work, life and family obligations allowed. Even so, it was a robust return to live music this summer and I reveled in the concerts and festivals I had a chance to attend. So, without further adieu, here’s my Top 10 with links to coverage of the events. Scroll down to see favorites chosen by Local Spins readers, and feel free to pitch in with your own picks in the comments:

2. Umphrey’s McGee at Frederik Meijer Gardens & Sculpture Park (Aug. 12) – No act this summer — or for that matter, most summers — attracted a younger, livelier audience to the Meijer Gardens amphitheater than Umphrey’s McGee, which rarely fails to engage and immerse its audiences in its instrumentally adroit melange of prog-rock, funk, electronic music and more. 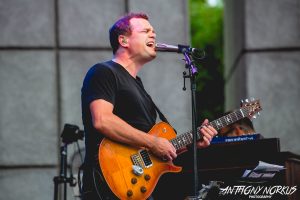 3. Tobin Sprout at Listening Room, Aug. 6 – If anything proves that Tobin Sprout is likely the most underrated artist in indie-rock/garage rock, it was his band’s Aug. 6 appearance at Listening Room: The evening was a wholly satisfying display of punk-hued energy and engaging melodies, guitar leads and thought-provoking lyrics by an unassuming master of his craft who’s long made his home in Leland, Mich. 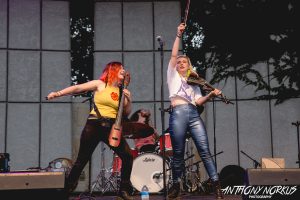 5. Tuesday Evening Music Club at Meijer Gardens (July 6/Aug. 24) – Sure, this series hosted by Ralston Bowles spotlights regional acts who deserve to play the big stage at Meijer Gardens. But the emotional opening salvo by The Accidentals and the refreshing late August performance by the Elijah Russ Collective were also inspiring, uplifting, talent-laden affairs.

6. Emmylou Harris/Los Lobos at Meijer Gardens (Aug. 9) – Relevant, graceful and audience-inspiring. Even at 74, singer Emmylou Harris was that and more, with Los Lobos getting the buoyant evening started on a vibrant, Tex-Mex note. (By the way, Los Lobos plays two sold-out shows at the intimate Listening Room in downtown Grand Rapids on Nov. 5.)

7. Smiling Acres Music Festival (July 2-3) – It’s hard to imagine a first-year festival with more positive vibes than this one. Pretty much everyone was impressed with this inaugural celebration in Trufant, and that includes the impressive bands who performed on stage. Even the sun smiled on this early July affair. 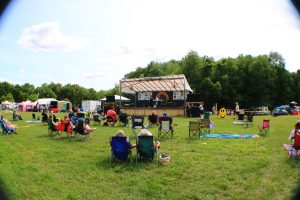 Laid-Back Reunion: Smiling Acres proved to be just that for many musicians and fans. (Photo/Anna Sink)

8. The Verve Pipe at Meijer Gardens (July 24) – If anything buoys a bunch of hometown heroes, it’s the over-the-top reaction from diehard fans at a place like the Meijer Gardens amphitheater. Just a feel-good night all around.

9. Farmfest in Johannesburg (Aug. 13-15) – It’s hard to believe (and rather sad) that my first experience at this lovely, cozy northern Michigan festival on Stacy Jo Schiller’s farm was also the final festival that Schiller will host on that farm. As I put it in my recap, it was a festival filled with “unbridled friendliness and buoyant musical performances.”

10. West Michigan Songwriters Festival at Blythfield Country Club (Sept. 10-11) – Granted, this really wasn’t a “festival” but a first-year event that’s liable to grow as organizer Daniel Terry builds his vision for celebrating top-notch tunesmithing. The rapport, humor and awesome forte exhibited by the four Nashville songwriters on this bill made this a diminutive-but-inspiring event to remember.

LOCAL SPINS READERS’ PICKS FOR FAVORITE CONCERTS OF THE SUMMER

Kenneth Koetsier – Best show of the summer: John Fogerty at Soaring Eagle Casino. A second to Patty PerShayla on the Grand Lady Riverboat.

Stephen R. Johgart – My favorite live music event of summer was Farmfest No. 23.

Eric Olsen – Without a doubt, Walk the Beat (Grand Haven)

Mary Ellen Murphy – That Beatles Thing at the Smyrna Bar and Restaurant. The vibe was just fabulous. The band was on point. It just had all the elements that night. 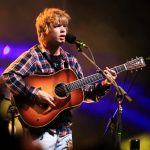 Rich Emerson – Gasoline Gypsies at Short’s Brewing Company. Was totally unexpected, had dinner reservations and shortly after we ordered they started setting up on stage. Blew me away that it was them. Saw them later that week at Beaver Island Music Festival, but that night was such a rush.
⁠
Aleia Wright – Greensky Bluegrass at Shagbark Farm, Smiling Acres Music Fest (especially Patty PerShayla & The Mayhaps!), Big Fam Music & Arts Festival, Joe Hertler & The Rainbow Seekers at- Ballpark Jam ’21 at Sullivan Field in Grand Rapids.

Debra McGonigle – I had three events: Accidentals at Kentwood City Center, Brena at Grandville festival and Nicholas James & The Bandwagon in Lowell.

Dan Ouellette – The Jason Isbell show was great! (It was mostly great to be out playing music with my band again.) 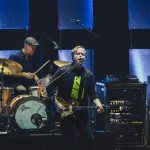 Lisa Siegrist Fuhr – Trombone Shorty at Frederik Meijer Gardens. He puts on a fun, get up on your feet show!!!