In the 1990s, Daryl Q. Nathan made a splash on GRTV unlike any other musician or performer before or since. Fans are paying homage to the unusual Grand Rapids singer who died last month at age 54. (Videos) 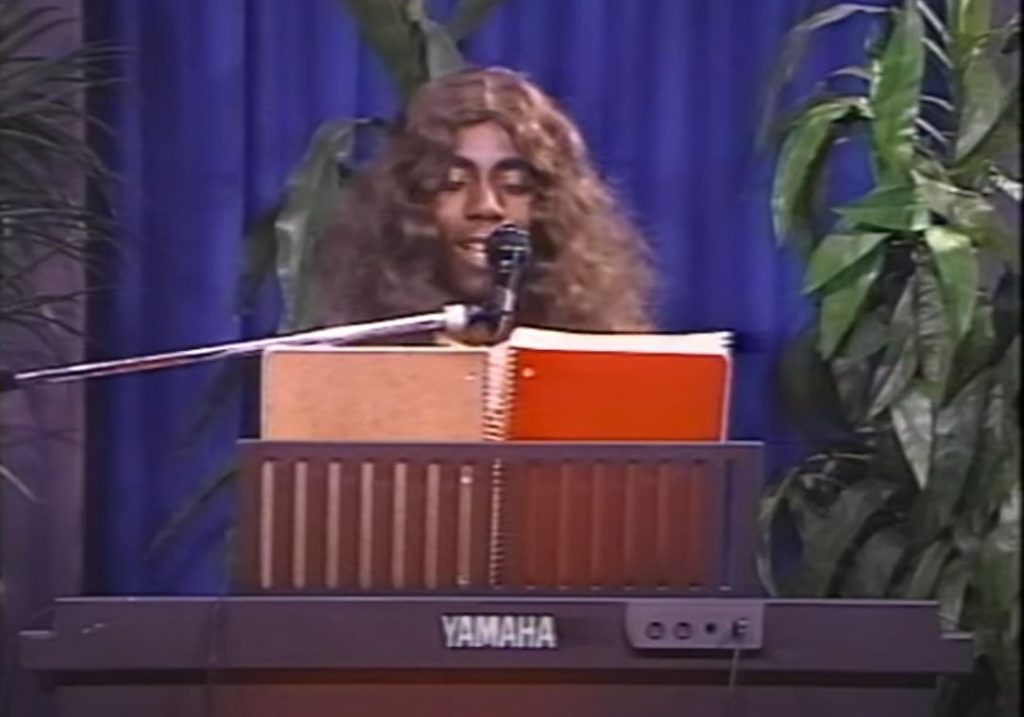 TV Star: With his Yamaha keyboard, Daryl Nathan created a real stir in the ’90s.

SCROLL DOWN TO WATCH ‘THE GREAT DARYL NATHAN’ VIDEOS

Quite literally, there’s never been anyone like The Great Daryl Nathan and there never will be anyone like him again.

Love him, laugh at him, be awed by him, call him a genius, call him eccentric, but those tuning into the whimsical world of GRTV in the 1990s couldn’t take their eyes off of him. 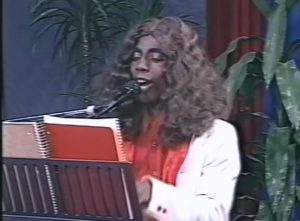 So when word began to filter out early this month that Nathan had passed away on July 22 at age 54, a flurry of tributes and remembrances began to emerge.

Grand Valley State University instructor and former radio DJ Len O’Kelly praised Nathan on his “45 Ruminations Per Megabyte” blog, noting “the guy didn’t mean any harm to anyone; he just wanted to share what he saw as his gift. There’s a purity in that I respect.”

A fan on Reddit wrote that he watched Nathan’s show “religiously” and later produced the keyboardist’s broadcast on WKTV after he left GRTV. He noted that the unique performer sang “songs of love, beauty and spinning wheels” and quoted Nathan as saying, “It’s a beautiful world, just look around you.”

Grand Rapids caricaturist, musician and performer Corey Ruffin actually created a comic strip at TheRapidian.org to pay tribute to Nathan and Public Access Channel 23, noting that no one “could hold a candle” to Nathan’s performances on the air: “No tongue-in-cheek irony or flailing attempts to be ‘hip’ like all strata of artists today, this man was compelled to write this song and see it through to execution. A truly great artist.”

Although I never had the opportunity to interview Nathan as a Grand Rapids Press reporter during his heyday, the newspaper did feature him because of the buzz he created in certain circles.

Filmmaker Michael Judd even created a documentary about The Great Daryl Nathan, who acknowledges in the film that he “always loved music” and his public access show was “a great experience.”

Considering the bizarre videos and celebrity oddities that populate the Internet and YouTube these days, you might say that Daryl Nathan was ahead of his time — and it’s unlikely he’ll ever be forgotten.