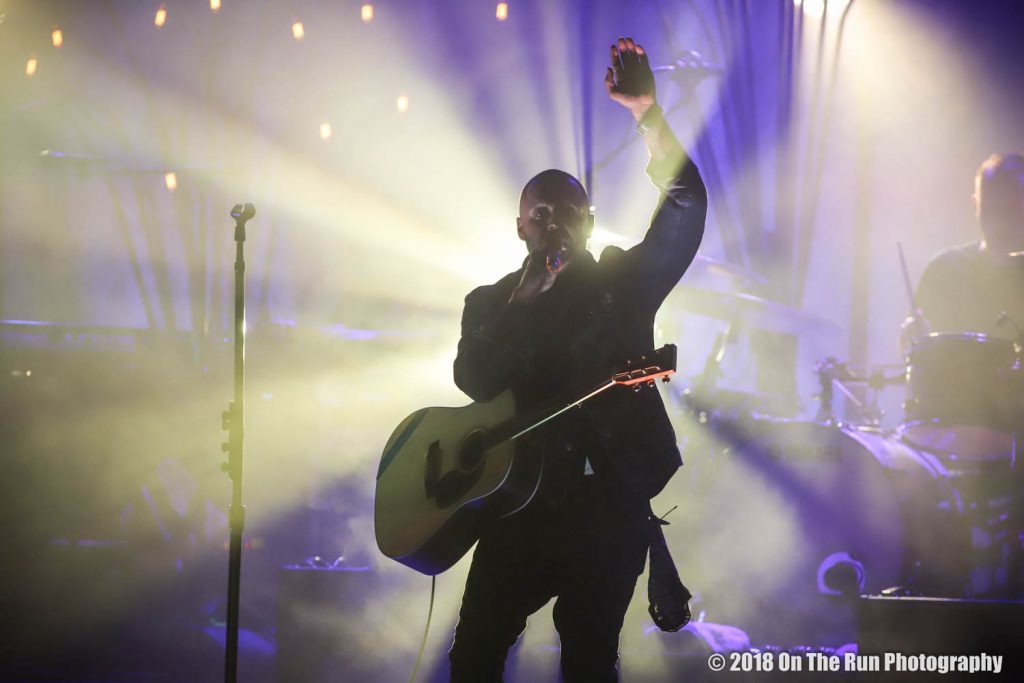 Be sure to check the “Big List of Michigan Music Festivals,” because we update it frequently. 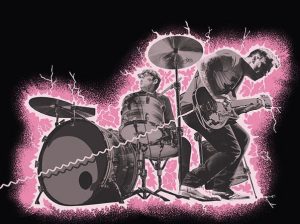 After a bit of a hiatus, Ohio’s The Black Keys are back and playing arenas across the country on the “Let’s Rock” tour, promoting the ninth studio album, which leapt to No. 4 on the Billboard 200 chart and has spawned the singles, “Lo/Hi” and “Go.”

With five years between albums, the popular blues/garage rock outfit, spearheaded by guitarist Dan Auerbach and drummer Patrick Carney, likely has found some pent-up demand from fans at its live shows. Reviewer Gary Graff of The Oakland Press and Billboard raved that the hiatus “clearly invigorated” the duo, which unleashed “an old school rock exposition” at Little Caesar’s Arena in Detroit on Saturday (with help from three other musicians).

To pump up the tour bill even more, Washington indie-rock/art rock faves Modest Mouse and the Carney-produced, Brooklyn singer Jessy Wilson will open the show. Tickets are still available; get them online via vanandelarena.com. 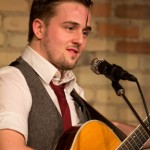 Singer-songwriter and Grammy-nominated musician Seth Glier has long been a favorite at this Spring Lake listening room. The Massachusetts-bred folk-pop singer and guitarist has released five studio albums since 2009, including 2017’s “Birds.”

King Margo opens the show. Get tickets online at sevenstepsup.com, where you can also find details about Thursday night’s show starring On the Sun, performing acoustically ($20-$30). 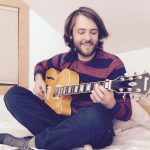 It’s another debut for SpeakEZ Lounge. Traverse City-based musician and songwriter Chris Michels brings his all-star band to the club for the first time for the Local Spins Wednesdays series for the first time, ready to unleash a cavalcade of funk, jazz, rock and more with a jam-band approach. The prolific Michels has released several albums over the years and is wrapping up work on a new studio project – and aiming to make a splash in Grand Rapids. 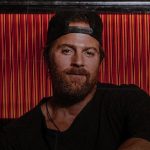 This may be a first – or at least, the first in a while: a country star performing at Fountain Street Church (which has a storied history of concerts back in the day). Country singer Kip Moore (“More Girls Like You,” “Hey Pretty Girl,” “Beer Money”) is a multi-platinum-selling artist who recently released a new single, “She’s Mine.”

Also performing at this show presented by radio station B-93 will be singer-songwriter Kylie Morgan. Get more details about this all-ages show here. 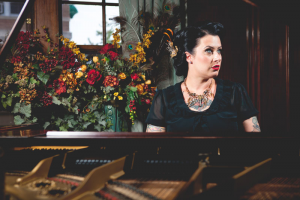 LOCAL SPINS TICKET GIVEAWAY: Congratulations to reader Sheila Shotwell. She was the first person to email john@localspins.com with “DAVINA” in the message field and won a pair of tickets to Thursday’s show. Check The Big List every week for your chance to win concert tickets.

High-energy, bluesy, soulful and jazzy Minnesota stars Davina & The Vagabonds return to the Tip Top for a Thursday night show that also stars West Michigan’s own Olivia Mainville and Blake Elliott. Led by Davina Sowers, this powerhouse is touring behind its latest album, “Sugar Drops,” and hits Grand Rapids after a tour stop Tuesday at The Ark in Ann Arbor. 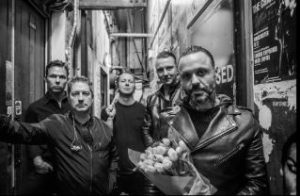 Texas-bred alt-rock band Blue October released its first album, “The Answers,” 21 years ago. This week, the band brings its “I Will Follow You” tour to Grand Rapids, about a year after releasing its most recent recording, “I Hope You’re Happy,” which hit No. 3 on Billboard’s Top Alternative Albums chart and No. 28 on the Billboard 200.

Opening the show will be Los Angeles indie-pop band New Dialogue. Get tickets and more info about this all-ages show online at sectionlive.com.

LOCAL SPINS TICKET GIVEAWAY: Congratulations to reader Richard Thompson III. He was the first person to email john@localspins.com with “MESSER CHUPS” in the message field and won a pair of tickets to Friday’s show. Check The Big List every week for your chance to win concert tickets.

Let’s just say it’s Halloween time. With that in mind, Messer Chups – hailing from St. Petersburg, Russia – churns out a sort of horror punk and rockabilly thing with surf rock, “vintage Russian melodies, rare film samples from the ‘50s and ‘60s, scratchy historical recordings and lounge loops” delivered with “garage-punk intensity.” The band has released more than 20 albums over the years, including 2019’s “Mondo Harp.”

Kalamazoo surf-rock faves Guitar Up! will open the show, promoting its own brand new studio album. Get the rest of the lowdown and ticket links online here. 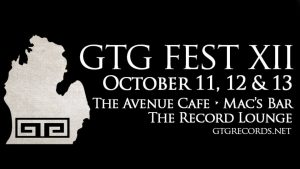 This annual Lansing festival ups the ante this year with more venues and more bands. Hosted by GTG Records at three different venues, the event rolls out a cavalcade of Michigan bands (including the band Cavalcade), with Matthew Milia of Frontier Ruckus topping a list that also includes West Michigan notables such as The Lippies, Lazy Genius, The Soods, The Ryne Experience and more.

The Soods, Drinking Mercury, No Skull and Singing Lungs also are celebrating the release of new recordings during this festival. Admission to sets at The Avenue Café and Mac’s Bar is $8 for this all-ages affair; there’s free admission to sets on Saturday at The Record Lounge. Get more information and a full schedule online here. 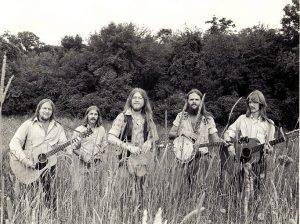 Grand Rapids music fans with deep roots will recall country-rock’s Horsefeather as one of the most popular bands in the region in the 1970s and 1980s. Now, Steve Damstra, John Andrews and Mark Swanson are heading up a reunion of the band in this intimate setting as part of the Acoustic Saturday Nights series hosted by the Grand River Folk Arts Society. As Swanson puts it, they’ll be telling the story of Horsefeather “in music and memory.”

Get more details online here, and get more information about the series at the society website. 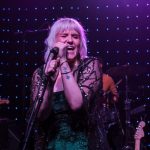 West Michigan country singer Kari Lynch now lives in Nashville, but she still spends plenty of time touring her home state, where she’s established a devoted fan base. Lynch and her band recently released an impressive new studio album, “The Other Side,” which spans Americana, country and rock.

Get more details about this intimate gallery show at lowellartsmi.org, where you can also find information about Sunday’s 3 p.m. concert at LowellArts featuring the jazz/funk/soul/R&B of Jon Montgomery & The Roger MacNaughton Trio with special guest Tami Hjelm ($20). 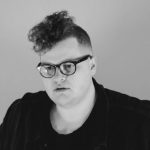 Michigander, aka Jason Singer, has deservedly made a splash beyond Michigan’s borders almost from the time he released his first tracks a few years ago. Now, the Bay City-bred, Kalamazoo-based pop/indie-rock phenom has just released a new single, “Misery,” from his recently released EP, “Where Do We Go From Here,” on Sunday. 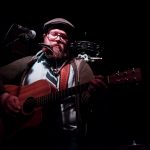 LOCAL SPINS TICKET GIVEAWAY: The first person to email john@localspins.com with “STOVEPIPE” in the message field will win a pair of tickets to Saturday’s show. Check The Big List every week for your chance to win concert tickets.

Grand Rapids’ Stovepipe, aka Stovepipe Stover, aka Justin Stover, celebrates the official release of his “Stovepipes Caravan” podcast, which will feature “original music, weird stories, interviews with all kinds of oddball creative types and enough strangeness to keep you entertained all year round.” The show at Tip Top will feature Stovepipe’s one-man band, Rip Van Ripper’s metal attack and acclaimed Michael the Accordionist.

Stover said fans can expect “a monster mashup of live music” and some “truly fascinating twists and turns throughout the evening. Tickets available online here. 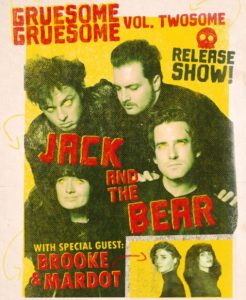 Jack & The Bear takes an unusual, theatrical approach to its indie-folk/roots music – something that’s been described as “dark Disney.” So, it’s no surprise that the Southeast Michigan outfit is once again releasing some Halloween-themed music in October. This show boasts the official release of the band’s “Gruesome Gruesome, Volume Twosome” EP, which is filled with fetchingly frightening tunes.

Also on the bill for this “shock theatre” show: Brooke & Mardot (aka, Alexis Brooke and Olivia Mainville). Details online at foundersbrewing.com. 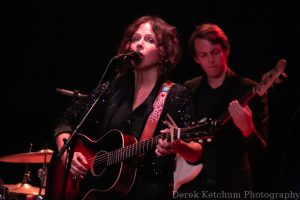 MAY ERLEWINE ALBUM-RELEASE
When: 8:30 p.m. Saturday
Tickets: $14 advance, $20 day of show
Where: The Livery, Benton Harbor

When: 7 p.m. Sunday
Tickets: SOLD OUT
Where: Seven Steps Up, Spring Lake

Fans have raved about Michigan songbird May Erlewine’s album-release shows that have been taking place across the Great Lakes State this month – and they’ve also raved about the songs on her impressive new studio album, “Second Sight.” So, it’s no surprise that some of these shows have sold out, including Sunday’s appearance at Spring Lake’s Seven Steps Up.

Backed by a who’s-who bunch of Michigan musicians and singers, Erlewine’s music takes on an uplifting power and spirit during these live shows. Get tickets for The Livery show online here. (Erlewine also plays the Old Art Building in Leland on Thursday, and the MSU Community Music School in East Lansing on Friday.) 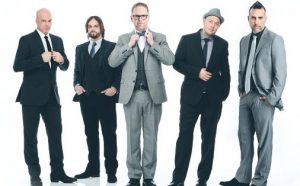 Multi-platinum-selling, award-winning Christian music band MercyMe brings its tour to Grand Rapids, with Crowder and Micah Tyler also performing. MercyMe has released 17 albums since 1995 and won dozens of awards along the way, with the acclaimed, award-winning 2018 movie, “I Can Only Imagine,” telling the life of band leader Bart Millard.

The “Imagine Nation” tour plays Saginaw on Friday and Cleveland on Saturday. Get details about the Grand Rapids show online at vanandelarena.com.

Remo Drive playing The Stache inside The Intersection in Grand Rapids, 8 p.m. Monday, $18 – Minnesota rock band Remo Drive kicks off the week at The Intersection, touring behind its most recent album, “Natural, Everyday Degradation.” Also on the bill: Samia and West Michigan’s Casa Blue. Doors open at 7 p.m. 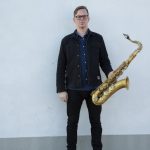 The Crane Wives playing Bell’s Brewery Eccentric Cafe in Kalamazoo, 9 p.m. Friday, $10 advance, $12 day of show — West Michigan folk-rock stars The Crane Wives pack houses wherever they play and this time bring their captivating music to Bell’s Eccentric Cafe, with Seasaw also on the bill. (By the way, Bell’s hosts City of the Sun on Thursday and Ballyhoo! on Saturday. Details at bellsbeer.com.) 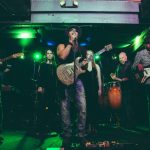 Cabildo playing Site:Lab’s Tanglefoot venue at 314 Straight St. SW in Grand Rapids, 7 p.m. Saturday, free – This Grand Rapids Latin rock sensation brings a rousing blend of music to one of the most unique new “venues” in West Michigan – the outdoor Site:Lab installation at Tanglefoot as part of ArtPrize’s Project 1. Read more about the West Side venue in this Local Spins feature.

That Beatles Thing playing One Trick Pony in Grand Rapids, 8 p.m. Saturday, free – West Michigan’s favorite The Beatles tribute band returns to one of its favorite haunts, One Trick Pony, for a night of Fab Four music. (By the way, Edge of Midnight plays One Trick on Thursday.) 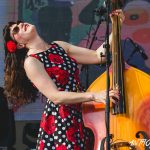 Delilah DeWylde’s “Rockabilly Dance Party” at Seven Steps Up in Spring Lake, 8:30 p.m. Saturday, $12-$22 – Now here’s something a bit different at this Spring Lake listening room. Saugatuck’s honky-tonkin’ rockabilly queen stars in this standing-room-only show billed as a dance party and filled with vintage classics and her own fetching tunes. Tickets online here.

Valentiger playing an acoustic set at Creston Brewery in Grand Rapids, 5 p.m. Sunday, free – One of Grand Rapids’ most-beloved pop/rock outfits will present music in an acoustic fashion in this Sunday show. (By the way, Kevin Murphy plays a blend of rock, blues, Motown, reggae and jazz at Creston at 8 p.m. Saturday.) 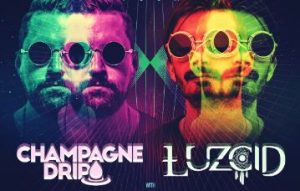 Champagne Drip and LUZCID play The Stache on Thursday. 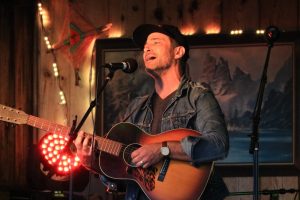