With The Who rocking Grand Rapids tonight, longtime Who fan and guitarist Charley Honey assembled a hard-hitting playlist of classic faves. As he’ll attest, even in their 70s, “The Kids Are Alright.” 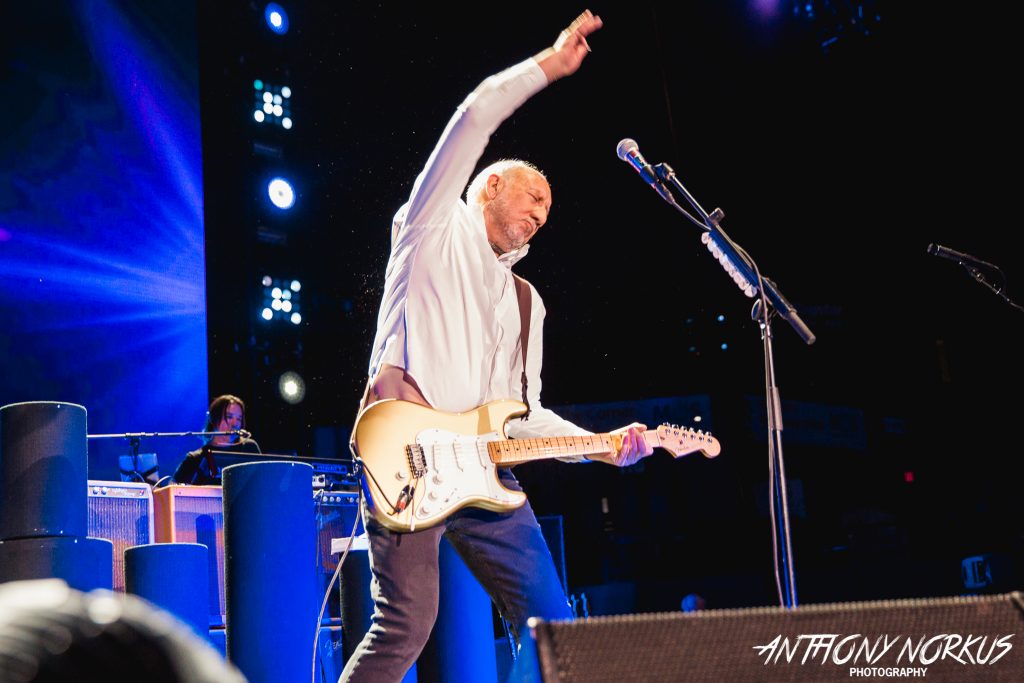 EDITOR’S NOTE: The Who, with opening act Dirty Honey, plays Van Andel Arena in Grand Rapids at 7:30 p.m. Tuesday. Tickets, $156.50-$306.50, are available online here. To commemorate the band’s return to Grand Rapids — and possibly their final appearance here — Local Spins asked writer and longtime Who devotee Charley Honey to create the “Ultimate Local Spins Playlist” to warm up fans for the show, which will also feature symphonic accompaniment by local musicians.

SCROLL DOWN FOR A SPOTIFY PLAYLIST OF WHO SONGS

As requested by my buddy, Honeytones bandmate and Local Spins publisher John Sinkevics, here are 10 Who songs that I would play for an outer-space creature who wanted to know what really good Earth music sounds like. I don’t pretend that it’s comprehensive – purists, feel free to send Sink outraged emails over the exclusion of “Won’t Get Fooled Again” – but it does contain some of my favorite moments of Who-dom.

THE WHO: The Local Spins Playlist by Charley Honey

1. “I Can See For Miles” (1967) – Pete Townshend and Keith Moon are the twin giant pillars of the Who’s dynamic sound, and both shatter the temple on this one. Townshend’s thrashing guitar is on 11, and Moon’s furious drumming pummels all in its path. Throw in Townshend’s machine-gun solo and you have four minutes of earth-shaking thunder that knocks the needle right off the vinyl.

2.”The Kids Are Alright” (1965) – I do mind other guys dancing with my girl, but I sure don’t mind this bright burst of early Brit power pop. A Honeytones favorite from way back, so it should be one of yours, too. Nice Rickenbacker, Mr. Townshend. Please don’t smash it!!

3. “Amazing Journey/Sparks” (1969) – The sonic pinnacle of “Tommy,” this song is remarkable for many things, but none so remarkably so as Moon’s mad-dog drumming, starting with his herky-jerky entry into the riff that sounds like he was playing while falling down the stairs. Which he probably did, many times. This raw ‘n’ ragged version on “Live at Leeds” is less hypnotic than the original, which famously drew young Cameron Crowe down the rock rabbit hole in “Almost Famous.” Still, enough to make you forget your morning work schedule for 8 minutes of glorious mayhem.

4. “Overture” (1969) – The first time I heard this, it was clear The Who had taken their Who thing to what the cognoscenti call “another level.” Majestic, dramatic, and yes, operatic. John Entwistle’s French horn is a Mozartian treat, and Townshend shows us what he can with a guitar sans amp – and it ain’t half-bad.

5. “Pure and Easy” (1971) – This one got more elaborate treatment on Townshend’s subsequent solo debut, but it’s pure and pretty enough in this version from “Who’s Next.” Townshend’s lyrical guitar work is well worth “a million people cheering,” and the words as wise as the melody is captivating: our love is enough to knock down any wall. Especially with a Stratocaster in hand. 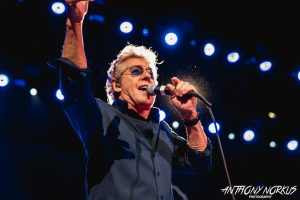 6. “Eminence Front” (1982) – My wife’s favorite Who number, and I get why: mesmerizing keyboard, propulsive beat and tasty Townshend blues riffing before he launches into the lead vocals about two minutes in. Drinks flow, people forget. That big wheel spins, the hair thins, people forget, forget they’re hiding behind an eminence front. Yep, still sounds right.

7. “Behind Blue Eyes” (1971) – I’m not sure Daltrey ever sang a more savage line than, “And if I swallow anything evil put your finger down my throat.” His passionate vocal is sure to fill the arena with 10,000 would-be Roger Daltreys singing along, but he shows here why there is only one.

8. “Happy Jack” (1966) — Let’s see, how shall we describe this two-minute witty ditty? I shall call it impish. From its snappy opening riff, which always reminds me of the theme song to “The Wild Wild West” – but it’s not – and Moon’s anarchic drumming, it tells the tender tale of a plucky fellow on the Isle of Man who stayed happy despite the mean kids lying and dropping things on his back. Though goodness knows they tried, tried, tried.

9. “Summertime Blues” (1970) – OK, it was written by the great Eddie Cochran, but I gotta give a shout-out to this muscular version from “Live at Leeds.” Entwistle’s bass rumbles like a freight train, and Townshend gives a master class on how to make the sole guitar of a power trio scream with the power of 10. Make that 11.

10. “My Generation” (1965) – You didn’t think I’d leave out THIS one, did you? Although it’s so seamlessly sewn into the cultural DNA of, er, my generation, that it’s easy to overlook. It’s 3:27 of barely controlled joy, rage and mayhem, much like, er, my generation.

THE WHO: THE ULTIMATE LOCAL SPINS PLAYLIST ON SPOTIFY